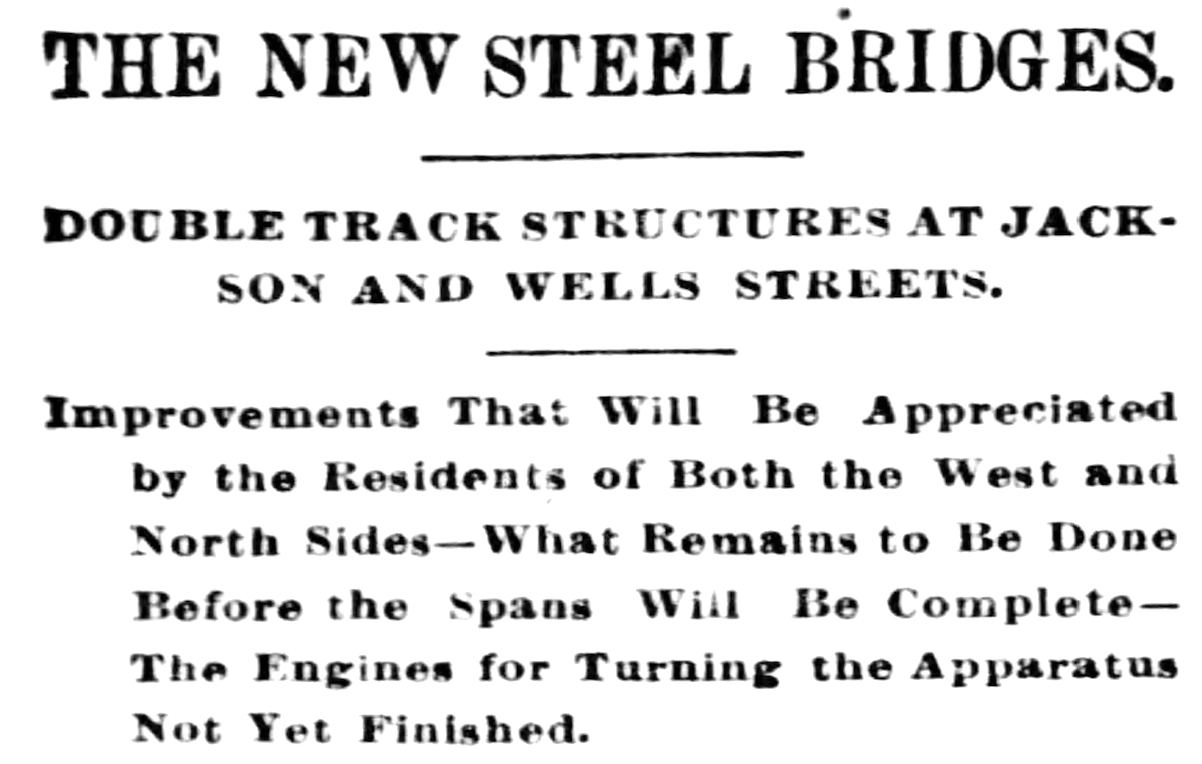 The Jackson street bridge, which was opened for traffic Saturday, is an added means of communication with the city of which the West Side people feel justly proud. It is expected to bear the same relation to the West Side that the Rush street does to the North. No street-car tracks will be allowed on the structure if the wishes of the people will count for anything.

The Bridge is of steel throughout and will have two roadways each twenty-one feet in width, with sidewalks seven feet wide. The motive power will be steam, but the final touches still remain to be added before the apparatus for turning the huge structure can be considered complete. The total length of the bridge is 280 feet, but only half of this can be properly called a river bridge, inasmuch as the central pier on which the bridge revolves is built low at the western bank of the river.

The people of the West Side are to be congratulated on the completion of this outlet for traffic, from the fact that its ince is and erection has been the result of the hard-headed agitation of the people who will use it. The viaduct over the railroad tracks, connecting the bridge with West Jackson street is 215 feet long and is graded down to a distance of fifty-four feet west of Clinton street. The approach from the South Side extends to a distance 240 feet east of Market street. The total cost of the bridges and approaches is $318,341, of which the railroad companies pay $73,739, leaving a net charge to the city of $244,602. The paving of the roadway on the bridge and approaches, the hand-rail, and the connecting of the water tank with the city water-pipes are all that remains to be done before the structure is complete, and this, is expected, will be early this week. 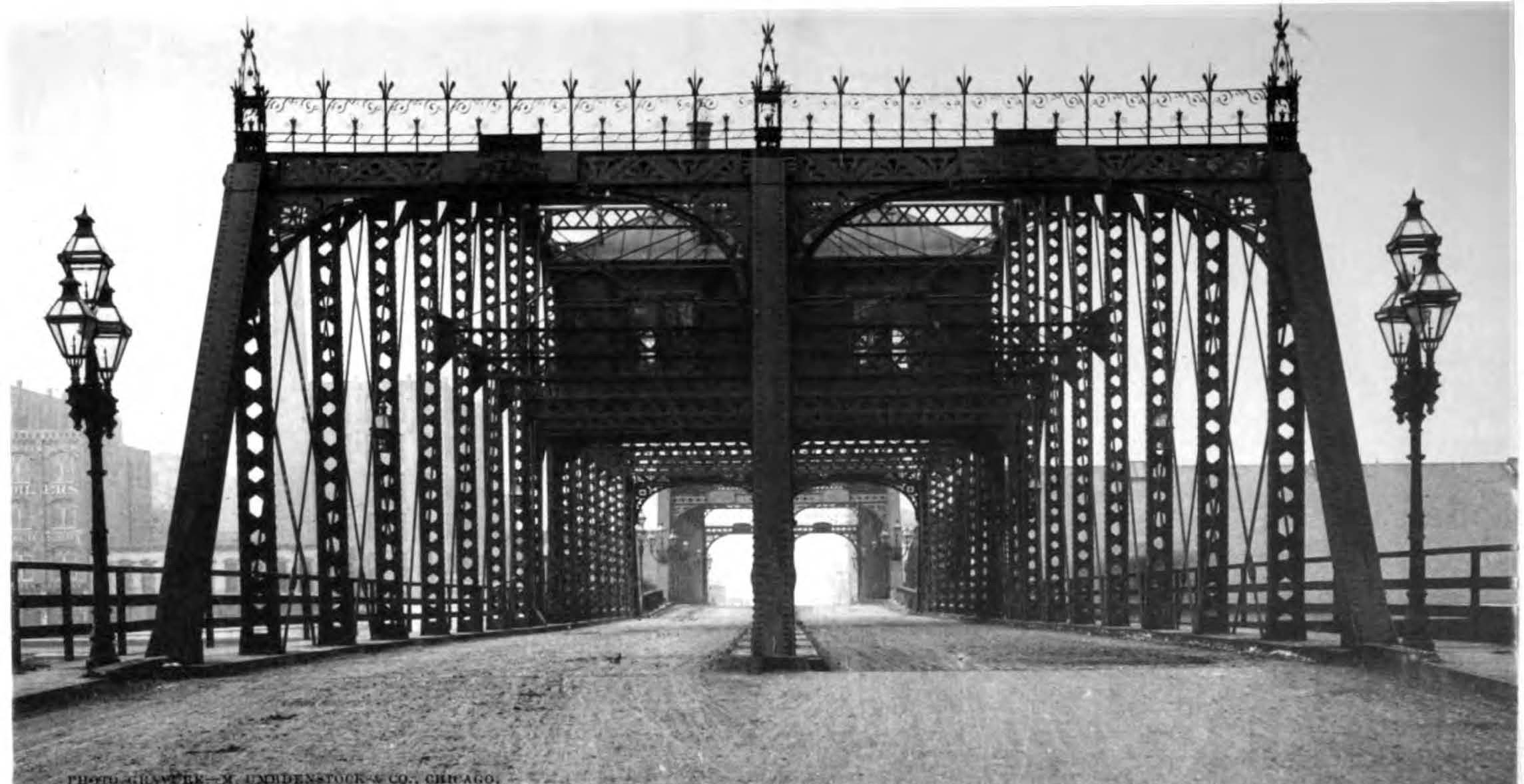 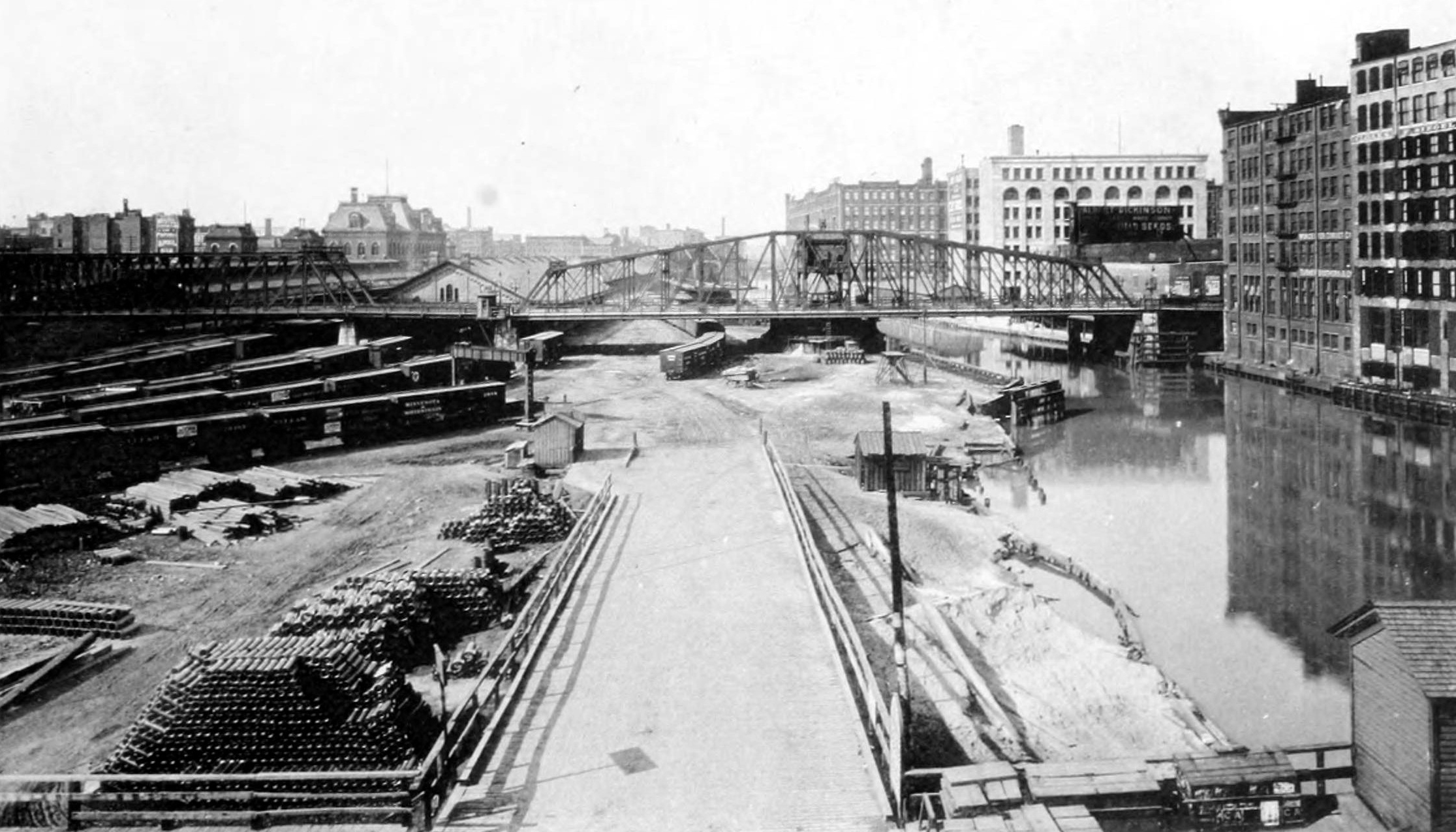 The Chicago plan received assistance from the sanitary district yesterday. The trustees heard with approval a report by the engineering committee recommending the appropriation of $20,000 additional for the construction of the Jackson boulevard bridge.

The report was based upon a request of the Chicago plan commission that the specifications for the bridge be modified so as to conform to bridges to be constructed by the city. The report was ordered published and motion deferred for one week. All the trustees expressed opinions in favor of the change.

Under the proposal of the plan commission all the machinery on the bridge will be covered by concrete housings, giving an appearance of solid masonry. Bridgetenders’ quarters will be so situated as to be invisible to the pedestrian crossing the bridge. Supports for the machinery will rest on the river bottom and will not move with the bridge.

An automobile loaded with sanitary district trustees and engineers shot across the new Jackson boulevard bridge a few minutes after 2 o’clock yesterday afternoon, thereby the new structure was formally dedicated.

The sanitary district officials were the first to cross the new structure. Following close behind were about fifteen other automobiles containing city employes and civic and automobile club members interested in the resumption of traffic on the boulevard bridge. 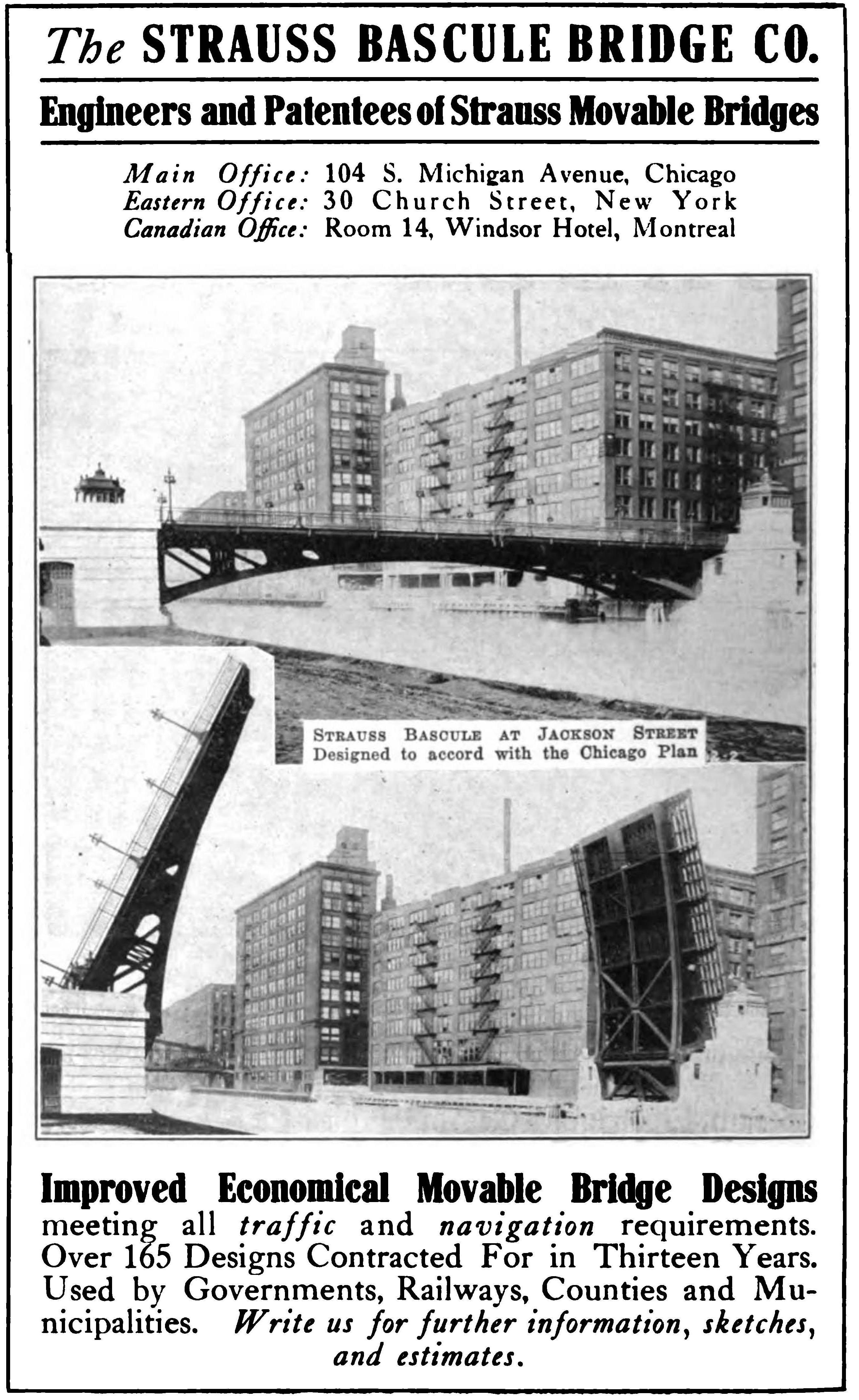 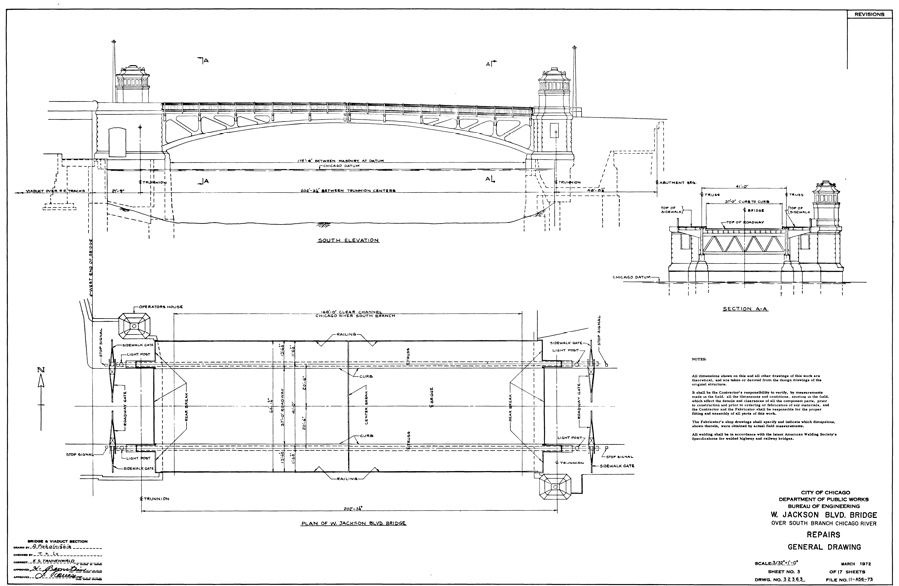