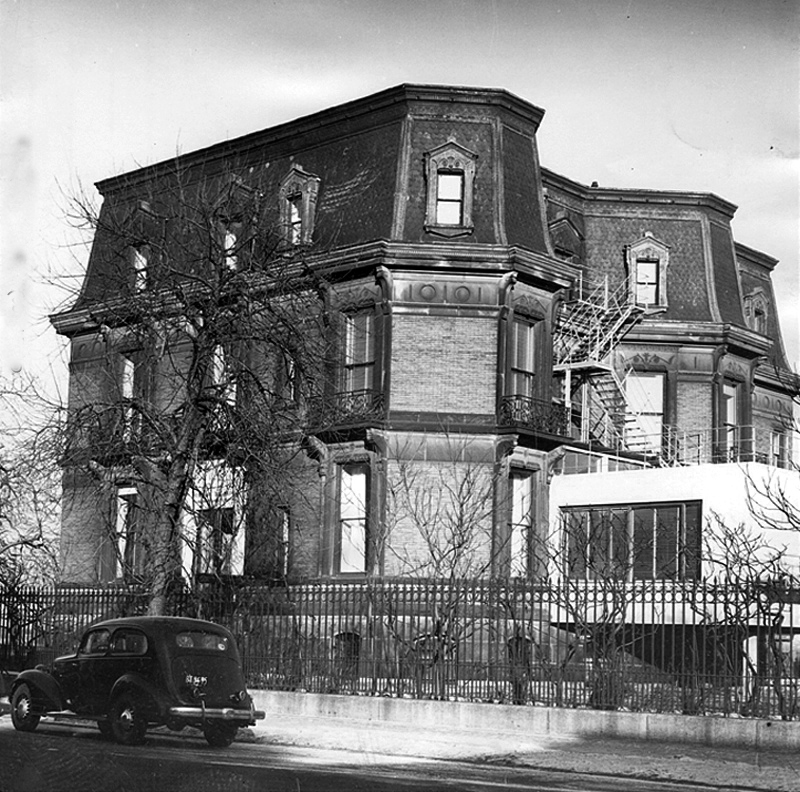 Marshall Field built his mansion here in 1873-1876 at a cost of $2,000,000. It was designed by the same architect that built the Vanderbilt’s “The Breakers” in Newport, Rhode Island. It was the first house in the city to have electric lights. It was common knowledge that Field and his wife had many loud, violent arguments here in their home. They were divorced in the 1890s, and Mrs. Field moved to France where she died an invalid in 1900. Field then married a neighbor, Delia Caton a short time after her husband, Arthur died in 1904.The Caton’s lived directly in back of Fields at 1910 Calumet, and rumors were that Fields and Mrs. Caton were lovers before the death of her husband. There were even stories that there was a tunnel that connected the Field and Caton homes. When Field died here in 1906, he was the richest merchant in the world.

After Mr. Field’s death in 1906, the home was passed on to his wife, Delia. She chose to live in Washington, D.C. instead.

In 1937-38, the Field’s mansion served as a center for the New Bauhaus refuges from Germany. The home was torn down in 1955. 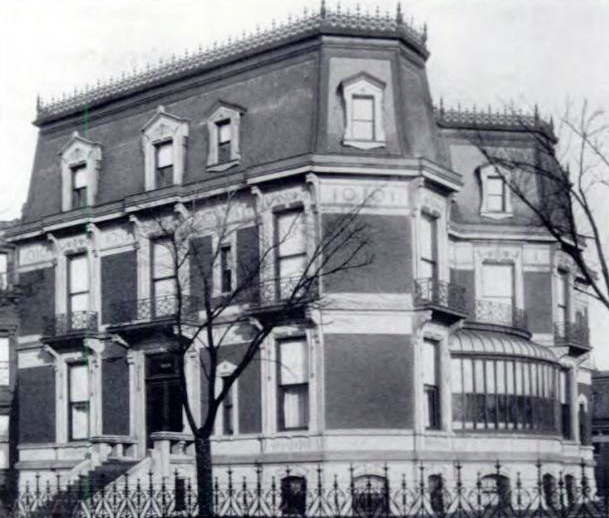 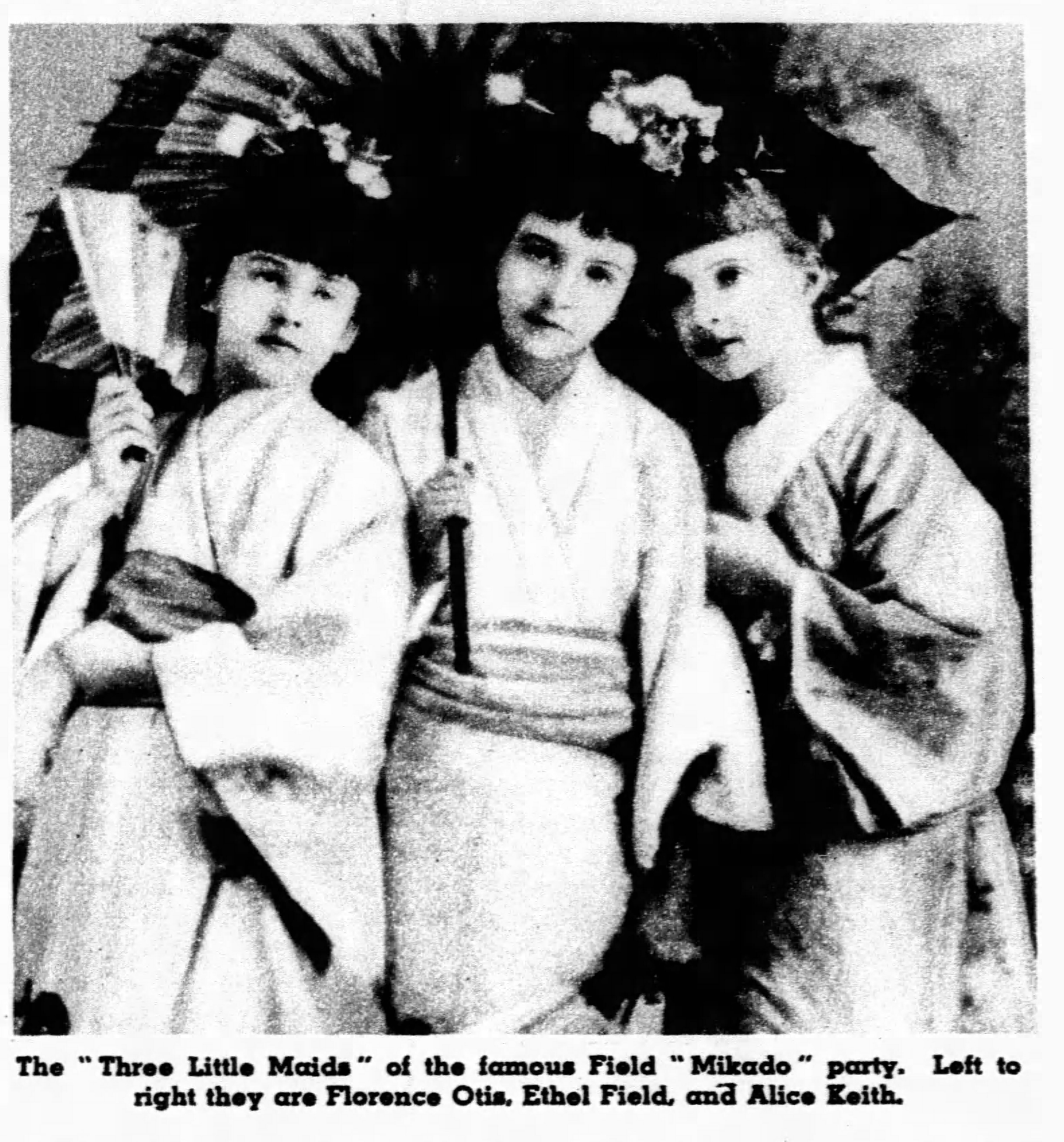 The old mansion at 1905 Praitrie avenue, built sixty years ago by the first Marshall Field, is being stripped of its furnishings. It is to he razed as an economy measure, according to officials of the Field estate, unless a rather tentative plan to turn it over to an institution for charitable use be agreed upon within a week.

The mansion was the first Chicago home to have electric lighting. It is built of stone and brick and contains twenty-five rooms. Its design is austere and a high fence of Iron grill work surrounds the grounds.

Because of Mr. Field’s desire that the great house never be used for anything except his family s home, the public has been barred from the structure. A group of sightseers who went through the mansion yesterday afternoon under the auspices of the Chicago recreation commission were said to be the first outsiders ever to cross its threshold.

Kept Open Until Recently.
Until a few weeks ago, in accordance with Mr. Field’s instructions, servants kept the home ready at all times for any member of the third or fourth generation of the family who might appear. For several years, however, none has entered to stay, according to the veteran caretaker, David Wheeler.

Officials of the estate said the widow wished that no further effort be made to maintain the establishment as a home. She became the second wife of Mr. Field in 1905, a year before his death, and now is 82 years old. Many years ago she removed to Washington, D. C.

Mrs. Field was the widow of Arthur Caton, son of Judge John D. Caton of early Chicago fame. The Caton residence on Calumet avenue adjoined the Field mansion. The first Mrs. Field died in 1891 and Mr. Caton in 1903.

Descendanits Stay Abroad.
Marshall Field Jr., only son of the merchant, died a short time before his father. Since the children of the second Marshall Field have lived much of the time in England, the Prairie avenue abode has been little used for a quarter of a century. Gradually the servant staff was reduced to a housekeeper and a caretaker.

Mrs. Albert J. Beveridge, widow of the Indiana senator and a niece of Mrs. Field, has aided in disposing of the furnishings. Some of them have been claimed by the grandchildren and others are to be placed in a Marshall Field & Co. exhibit.

Visitors yesterday saw little of interest except a tall grandfather clock in the hallway dated 1689. The walls have been stripped of their paintings. The sightseers were assured that the gilded iron bedsteads still standing were those really liked by the merchant and his family. 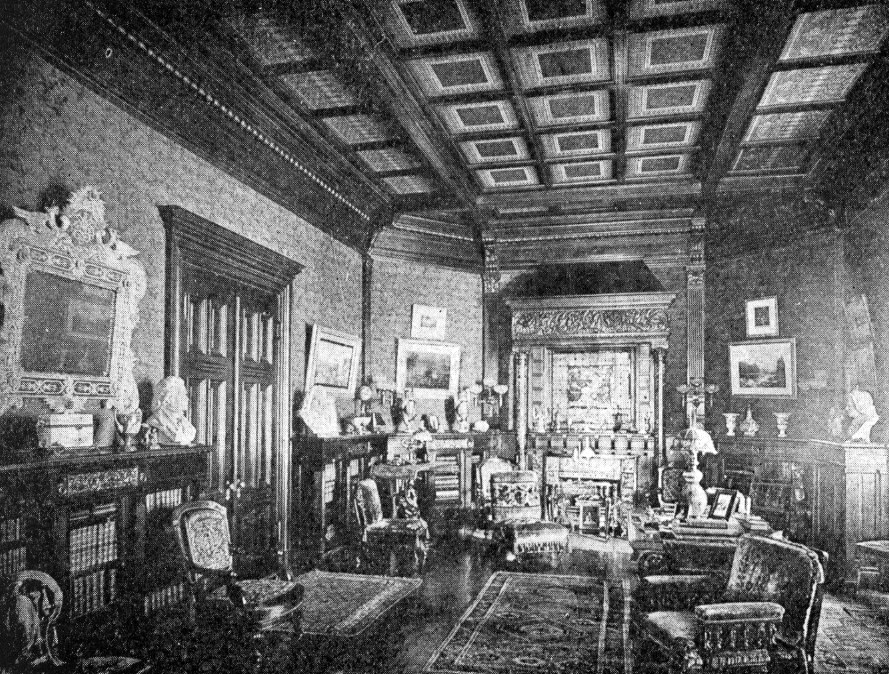 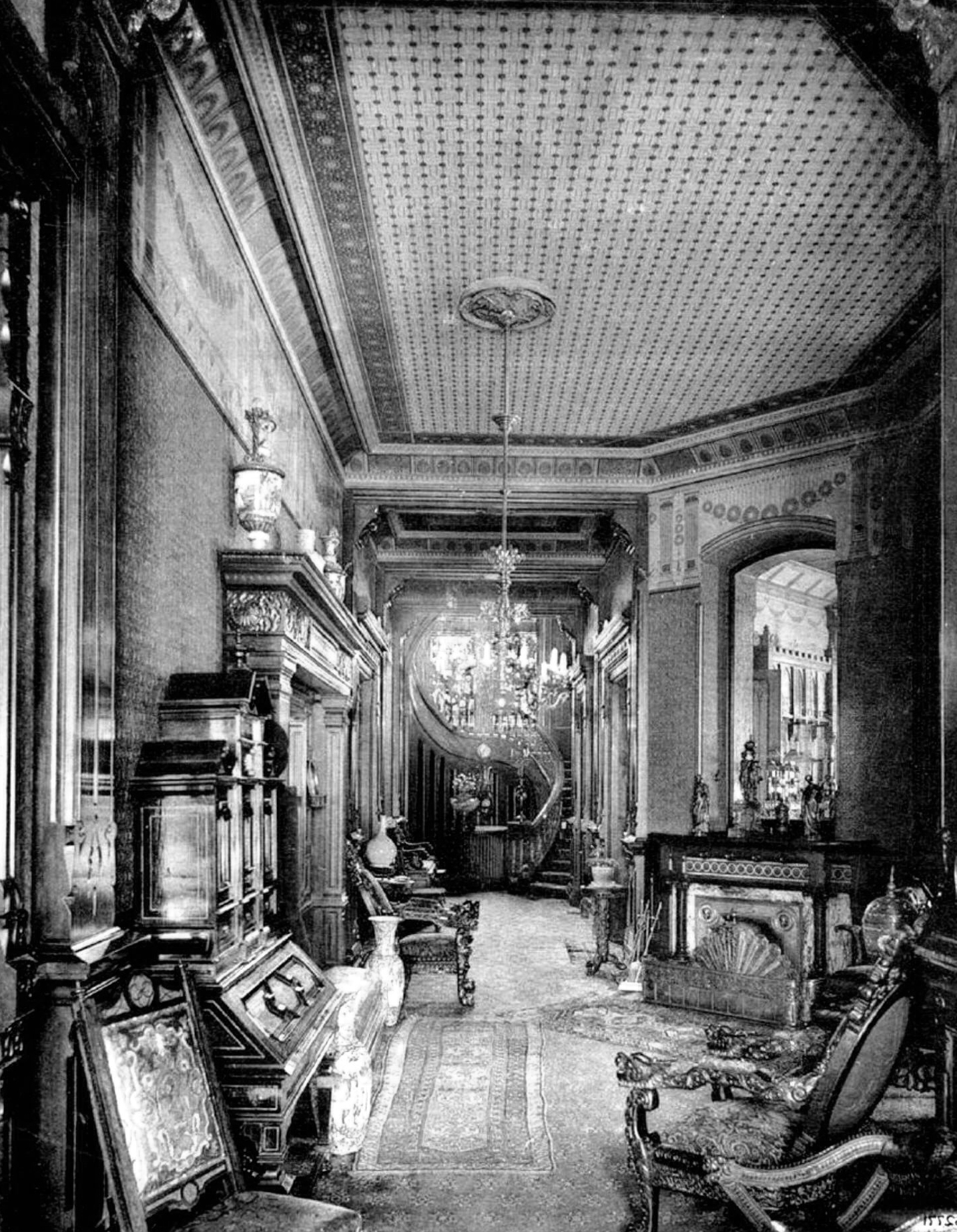 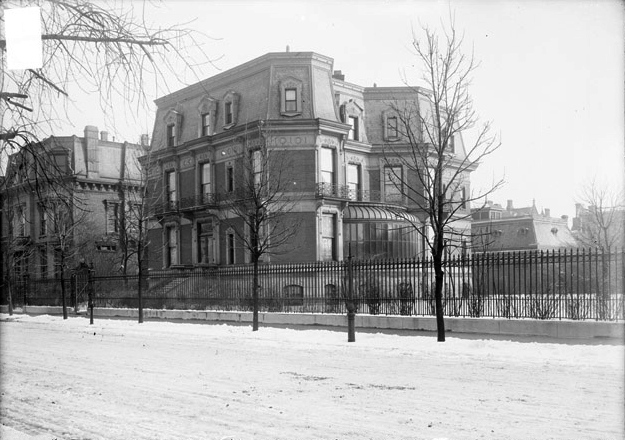