Alleys have been present since Chicago was first laid out as reflected in the Municipal Code of Chicago.

Whenever land is subdivided within the corporate limits of the city there shall also be laid out public alleys of a minimum width of 16 feet in the rear of all lots in such subdivisions.

Seemingly the Chicago Superintendent of Maps required developers to include alleys for reasons of both fire protection and so that peddlers and other tradespeople would have access to the back doors. Tradespeople were not welcome in the front parlors of 19th Century Chicago. One architect advocates alleys, but no streets, reasoning that the type of people living in new subdivisions will not have many horse driven carriages coming to their front door in any case. 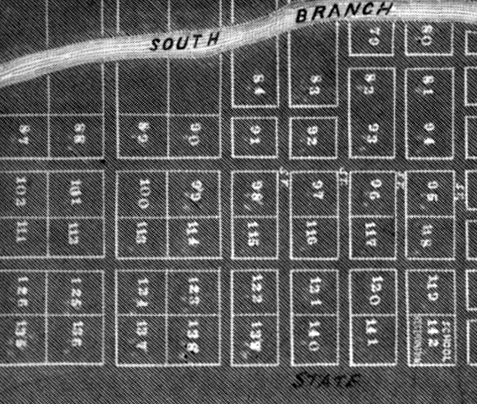 1835 Map of the Streets of Chicago showing alleys

Alleys have been depicted in the plat maps of the city as early as 1835. By 1900, over 98 percent of the city’s residential blocks had alleys, and, a century later, the proportion was still well over 90 percent.

Early suburban developments showed a rising ambivalence toward alleys Olmsted & Vaux’s 1869 Riverside plat contains 31 blocks with and 50 without them. Around World War I, “modern” planning theory declared alleys wasteful and undesirable, and the last outer fringes of the city of Chicago, along with the vast majority of suburban territory, were developed thereafter without alleys. 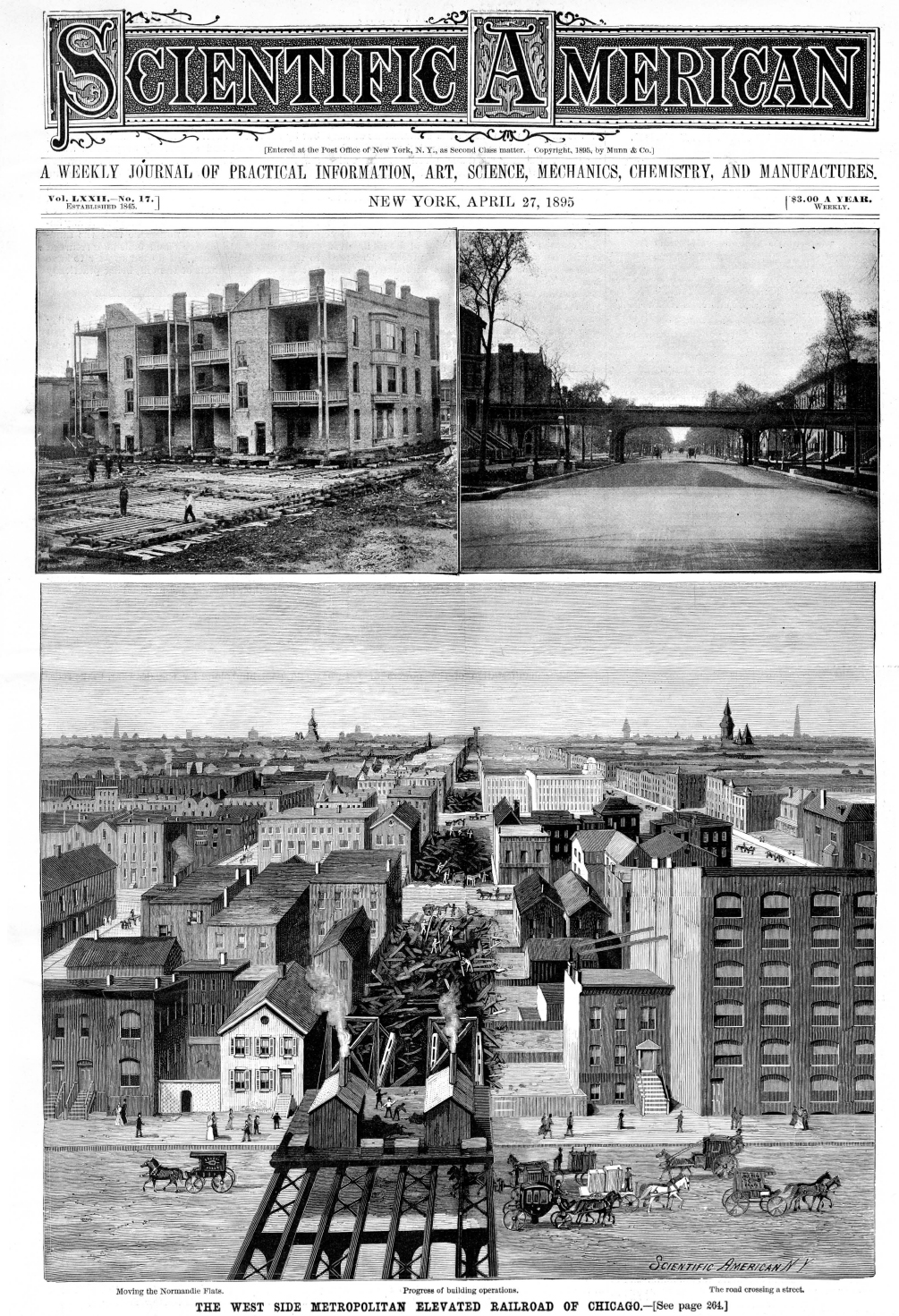 In Robert Hunter’s exhaustive study on Tenement Conditions in Chicago, Mr. Hunter describes the conditions of the streets and alleys of Chicago in detail.

The streets and alleys are to the people of a well-to-do district only a convenience for transit. In an overcrowded tenement district there is little else more important to the happiness and welfare of the people. For the children of the rear tenements, the alleys are playgrounds. They also assure by their open spaces light and ventilation to the houses. If they are clean they serve this purpose to the comfort and satisfaction of many, but if they are foul and covered with undisturbed filth they detract rather than add to the healthfulness and well-being of the community. Streets, even more than alleys, serve the purpose of playgrounds and open spaces. In the evenings, when the weather permits, these places swarm with the people from the neighboring overcrowded houses. This common property, in the districts where it serves as little more than a convenience, is given some care; while in the districts where it is a vital necessity it is wretchedly neglected. 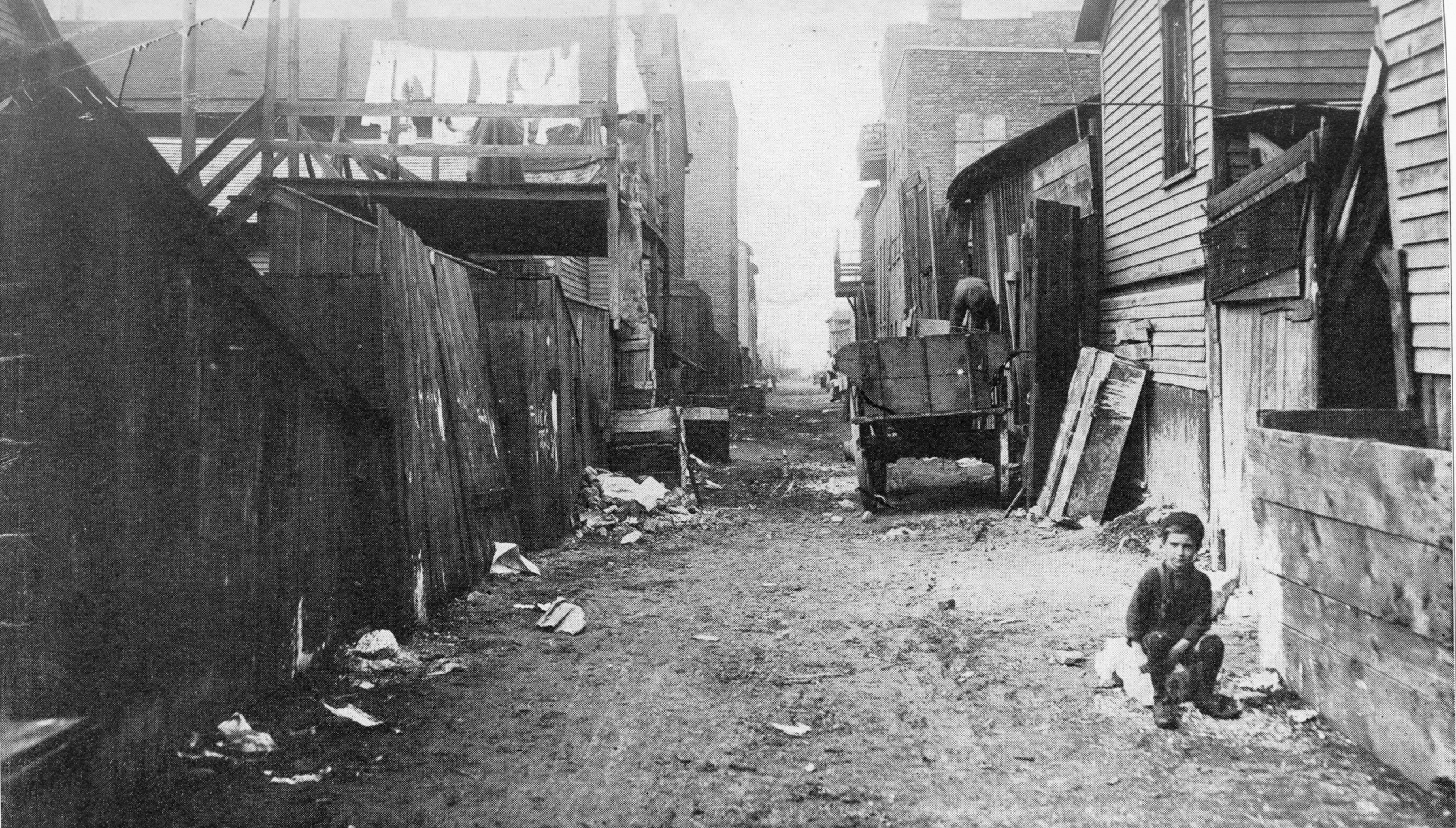 Gangways
In every urban area that had rowhouses, it was required by law to provide access to the front and rear sides of the building for tenants. These were called “passageways” or “breezeways.”

These spaces between buildings are often dark and sometimes out of public sight. The courts especially become the dumping-place for cans, decayed vegetables, and house refuse of all sorts. The passageways are most always below the street level; the lack of sunshine and the water from the roofs of houses and sidewalks make them damp. The City Attorney’s Report to the City Council on January 8, 1900 says:

These open spaces are important as means of light and ventilation to the rooms adjoining. But a narrow court which does not have an unobstructed opening to the south rarely receives sunlight to keep it dry and wholesome. This is also true of passageways, except that when they are narrow they do not get sunlight enough to make them even sanitary. In scores of cases the space between houses, when not used as a passage, was found filled with rotting stuff, and the passageways were often filled with all kinds of garbage. The passageways to the rear apartments are nearly always below street level. They usually are from two and a half to four feet wide; they are damp and receive very little sunlight in the course of the day. When the houses face east and west, which is general in Districts 2 and 3, the sun never enters the passageways. They seem especially constructed to be microbe incubators. 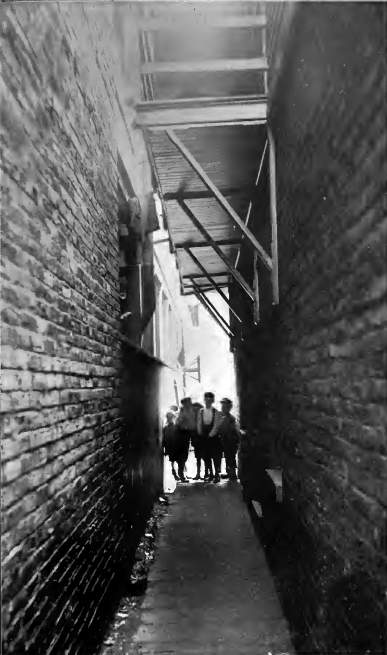 During the Capone era, these dark and narrow areas became escape routes for those evading the law or other gang members, thus the Chicago term “gangway” was born. Even the police were afraid to enter gangways alone. 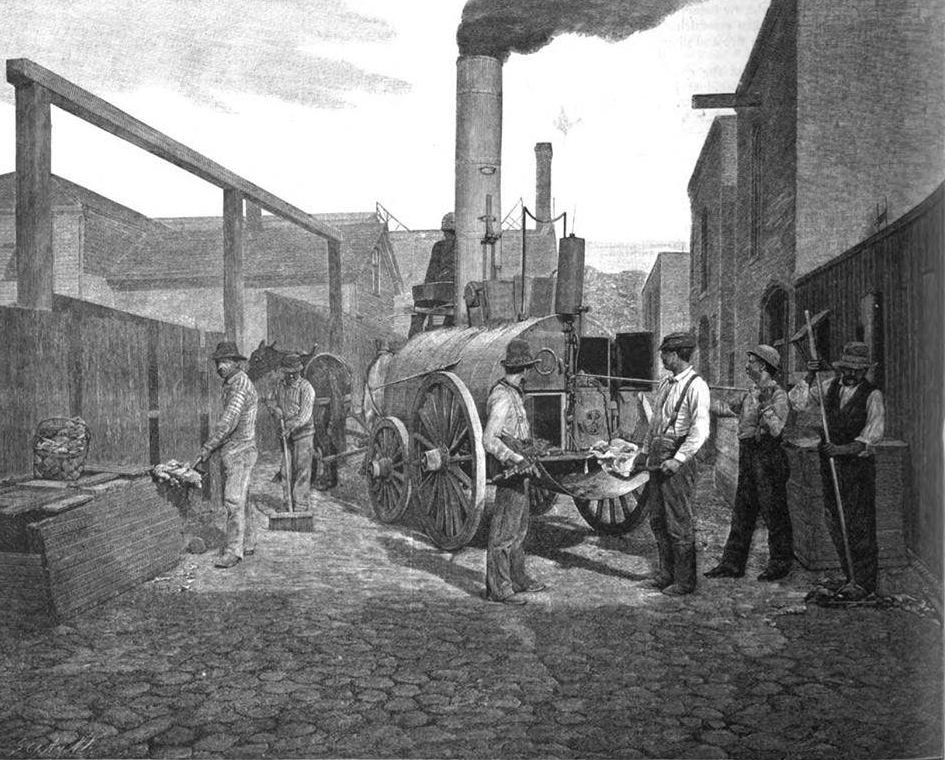