Chicago’s street names are a collection of local, national and international people and places. However there is one street, Agatite Avenue, which has baffled Chicago historians, including the authors of the 1988 comprehensive volume, Streetwise Chicago, Don Hayner and Tom McNamee. Their conclusion was the name might have been the Latin suffix “ite” added to “agate” or someone misspelled the word “apatite”, a calcium phosphate. The mystery has been solved!

The street is named after a gypsium-clay cement that was manufactured by the Agatite Cement Plaster Company of Kansas City, MO. It is basically a plaster substitute. This excerpt from American Cements by Uriah Cummings (1898) describes its properties and where it was used.

The Agatite Cement Plaster Company of Kansas City controls a bed of this material at or near Dillon, Kansas is estimated to contain about six million tons Prof Edwin Walters in a report on this material says:

“Agatite is of a light ashogray color. Its natural consistency about that of hard plastic clay. When calcined it assumes a form. When mixed with water it sets as does hydraulic or cement. There seems to be ample time between the mixing the setting for the mortar to be applied to its intended use.

A sample of several weeks setting broke under a tensile of 370 lbs to the square inch. It may be safely said that in tensile and compressive strength agatite is fully one half that of very best Portland cement under the Neat test and equal under part sand test. It is superior in strength to most of the limes and ordinary cements. But inasmuch as agatite is for interior work, it is not necessary that it should be of such strength. It is very much stronger than lime and sand plaster is its principal competitor.

Agatite does not differ widely in composition from the taken from the famous Cheops Pyramid of Egypt. The cement runs higher in sulphate of lime and lower in oxide of iron. It is very probable that a cement that would stand in climate of Egypt would also prove durable in the United States.”

The climates of Egypt and Mexico are such as to permit the use of this material for exterior work and there is no doubt, but that it could be so used with safety in our Southern States on brick stone or wooden structures and very pleasing architectural effects thereby produced at a comparatively slight cost. Sulphate of lime as a cementing agent has not as yet received the consideration due to its merits in this country. Heretofore it has been extensively used in interior decoration and for similar purposes but there seems to have been no advance made in the direction of permanent exterior work It was used as an outside covering of the walls of the World’s Fair Buildings at Chicago which, however, were temporary structures.”

In other words, the white stucco covering of many of the temporary buildings for the famous 1893 Columbian Exposition was really agatite cement. Agatite was also used in most of the buildings constructed for the 1904 Louisiana Purchase Exposition held in St. Louis. 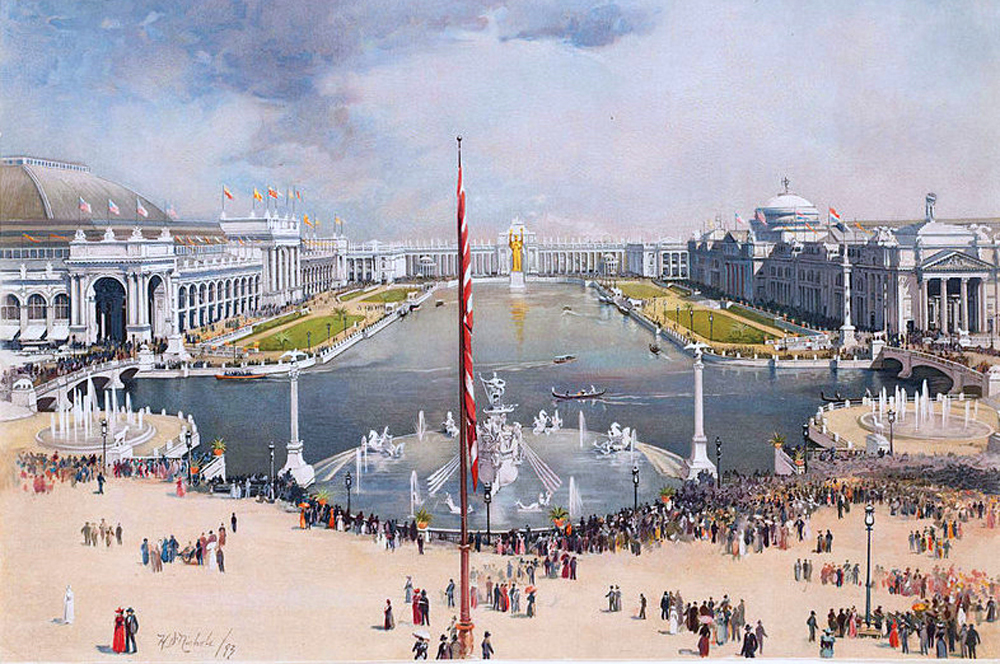 Natural Cement Plasters.—In this class are the Acme, Agatite, Aluininite, Climax and Royal, the first and last names being perhaps the best known.

The earth from which these plasters are produced is found in various portions of Kansas and Texas. It is of a light ash-gray color and of about the consistency of hard plastic clay, which it much resembles in appearance, although its chemical nature is more like that of gypsum.

When calcined it assumes a pulverized form. When mixed with water it sets like hydraulic lime or cement, but much more slowly, so that ample time is afforded for applying the mortar.

A sample of agatite, after several weeks setting, broke under a tensile strength of 370 pounds per square inch. It is superior in strength to most of the hydraulic limes and natural cements.

The various deposits from which the plasters above mentioned are produced appear to be of about the same grade of earth, the plasters differing, if at all, only in their strength and working qualities, which is due principally to slight differences in the process of manufacture.

The Acme cement plaster is produced by calcining the natural earth at a high degree of heat (about 6oo° Fahr.), which rids the material of not only the free moisture, but also the combined moisture.

The resulting plaster is slow setting, works smooth under the trowel, and does not come to its normal strength until thirty or sixty days after it is spread.

These cement plasters are remarkable for their great adhesive quality. They will stick firmly to stone, brick or wood without the aid of hair or fibre. Acme cement has been used to some extent in New York for setting fireproof tiling, and has been found superior for this purpose to the ordinary natural cements.

Acme cement plaster was the first of this class to be put on the market. It has been extensively used throughout the country, and makes a very superior wall plaster. Large quantities of it were used in plastering the World’s Fair buildings, Chicago. Agatite and Royal, although more recently introduced, have also been quite extensively used, particularly on large and important buildings in the West. Climax is produced especially for the Southern trade