The Great Conflagration of Chicago: Its Past, Present and Future was written by Associate Editors of the Chicago Tribune, James W. Sheahan and George P. Upton. It featured detailed maps of the North, South and West Divisions of the Fire District. Mr. Sheahan wrote the descriptive copy of the 14-issue Chicago Illustrated that was published in 1866-67. This book was announced on November 19, 1871. 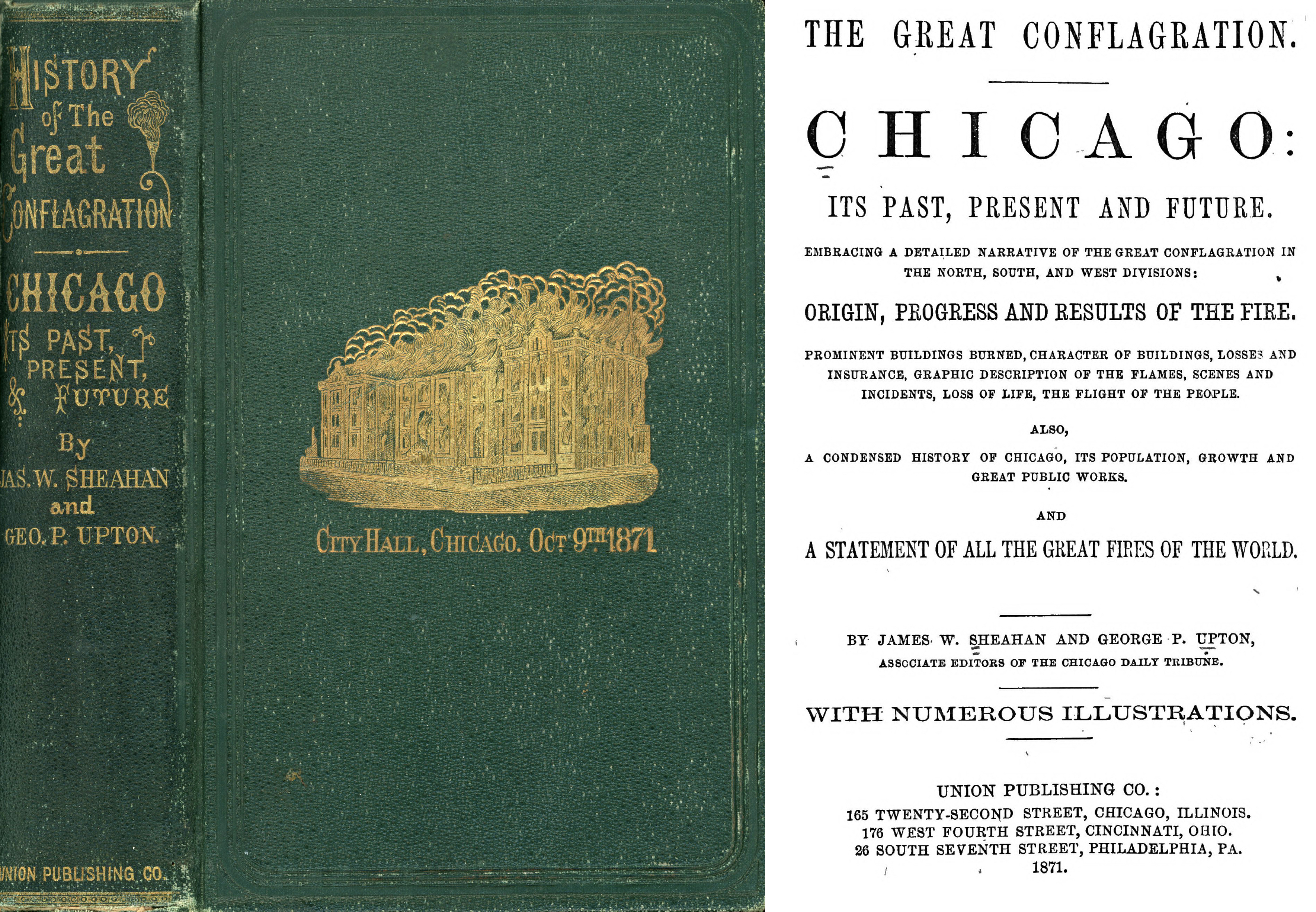 History of the Great Conflagration.
We shall commence the canvass to-morrow of this city for Chicago; its Past, Present, and Future. Written by James W. Sheahan and George P. Upton, associate editors of The Chicago Tribune. The writers have taken time to write a succinct history of the past of this city, commencing with its infancy, and will give a truthful and vivid account of the great conflagration. The work will contain many graphic incidents, and be interesting to all. Everybody should have it, from the business man to the children at home. We can truly say that it will be one of the most complete works of the kind ever published. It is fully Illustrated by our best home artists. As to the mechanical part, all can see that this is the handsomest volume of the season. We have not rushed into the field with something to “take” in the excitement of the moment, but preferred to take time and bring out a work that all Chicago will feel proud of, and if we succeed in that, shall feel amply repaid. The city is being canvassed for other works on this subject, and no doubt many have subscribed, thinking they were getting Messrs. Sheahan and Upton’s edition, and would say that no one, up to this time, has offered our publication. We shall now give all a chance to subscribe. Be sure you secure the best history of this, our great calamity. This volume is a full octavo size, and our trade-mark, with a beautiful globe stamp, on the front cover of each cloth book, of the City Hall, as it appeared October 9. We have endeavored to secure courteous canvassers, and hope all will treat them kindly. Should anyone be missed, by addressing the publishers you will receive prompt attention.
Union Publishing Company
165 Twenty-second street. 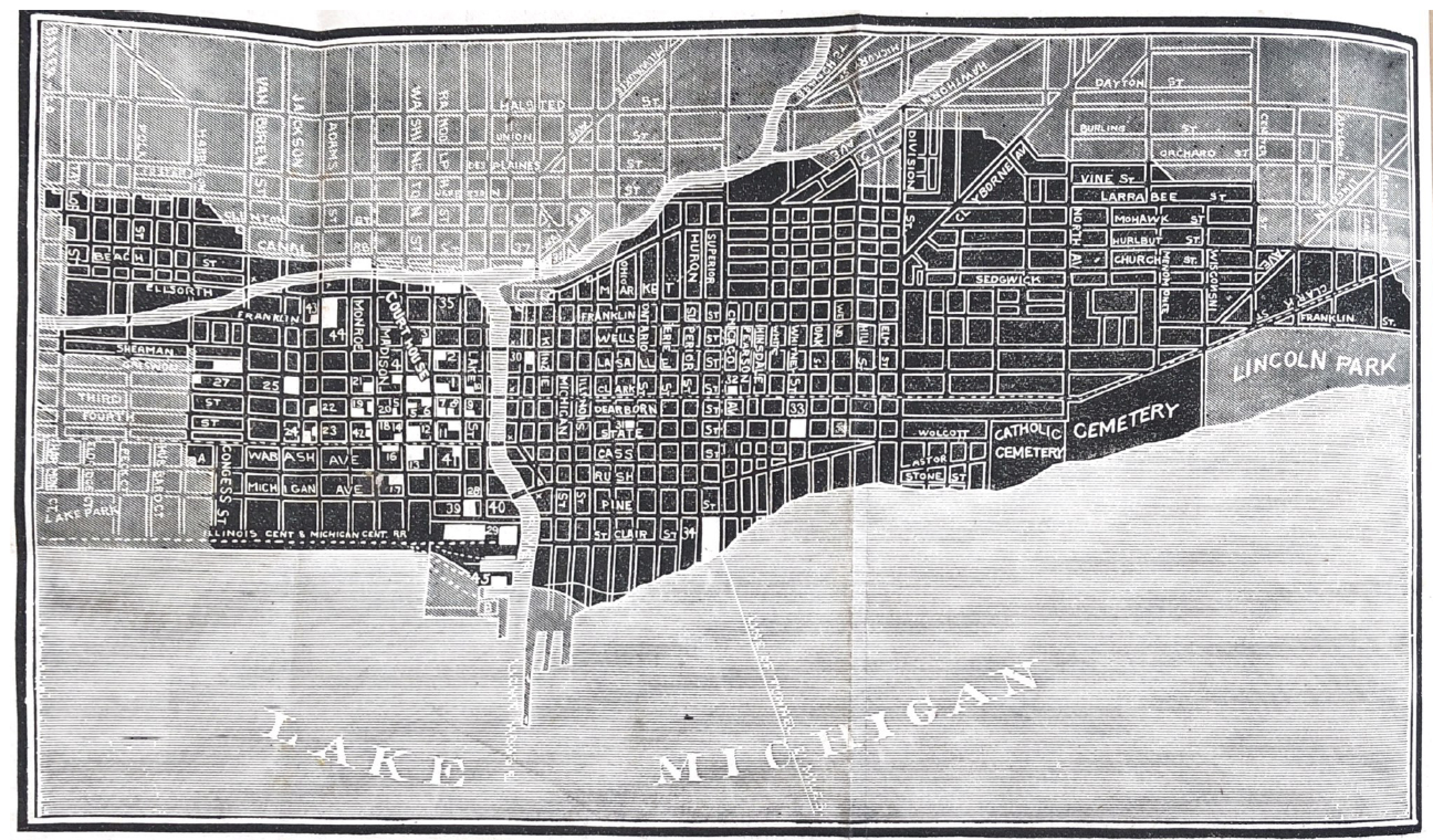 Fold-out Map included with the Sheahan and Upton volume.

The Chicago Tribune stated that the 3 vessels, the Eclipse, of Racine, the Valetta of Canada, and the Fontanelle, of Milwaukee, which were lying at the Clark St. bridge, were pumped dry, and scow Evergreen, with a steam engine on board, having been towed alongside for that purpose, large tanks are to be placed in each vessel which, when pumped out were used to raise the vessels, it took about 3 weeks. 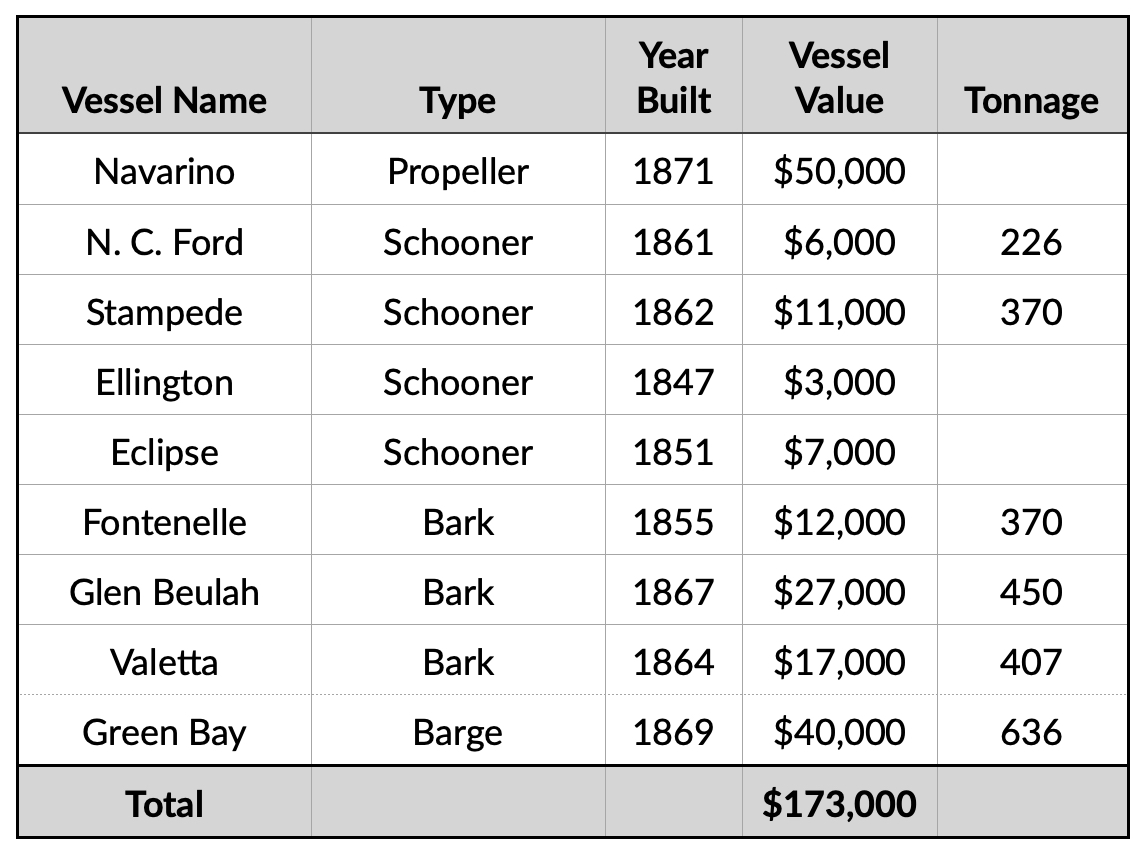