Town Tales
“Barnard,” the celebrated landscape photographer, has “hitched” with B. L. Rider, an old time photographer of this city, and are doing some splendid photographic work over Lovejoy & Foster’s, 335 West Madison street.

Chicago Panorama After the Fire
Attributed to George Barnard 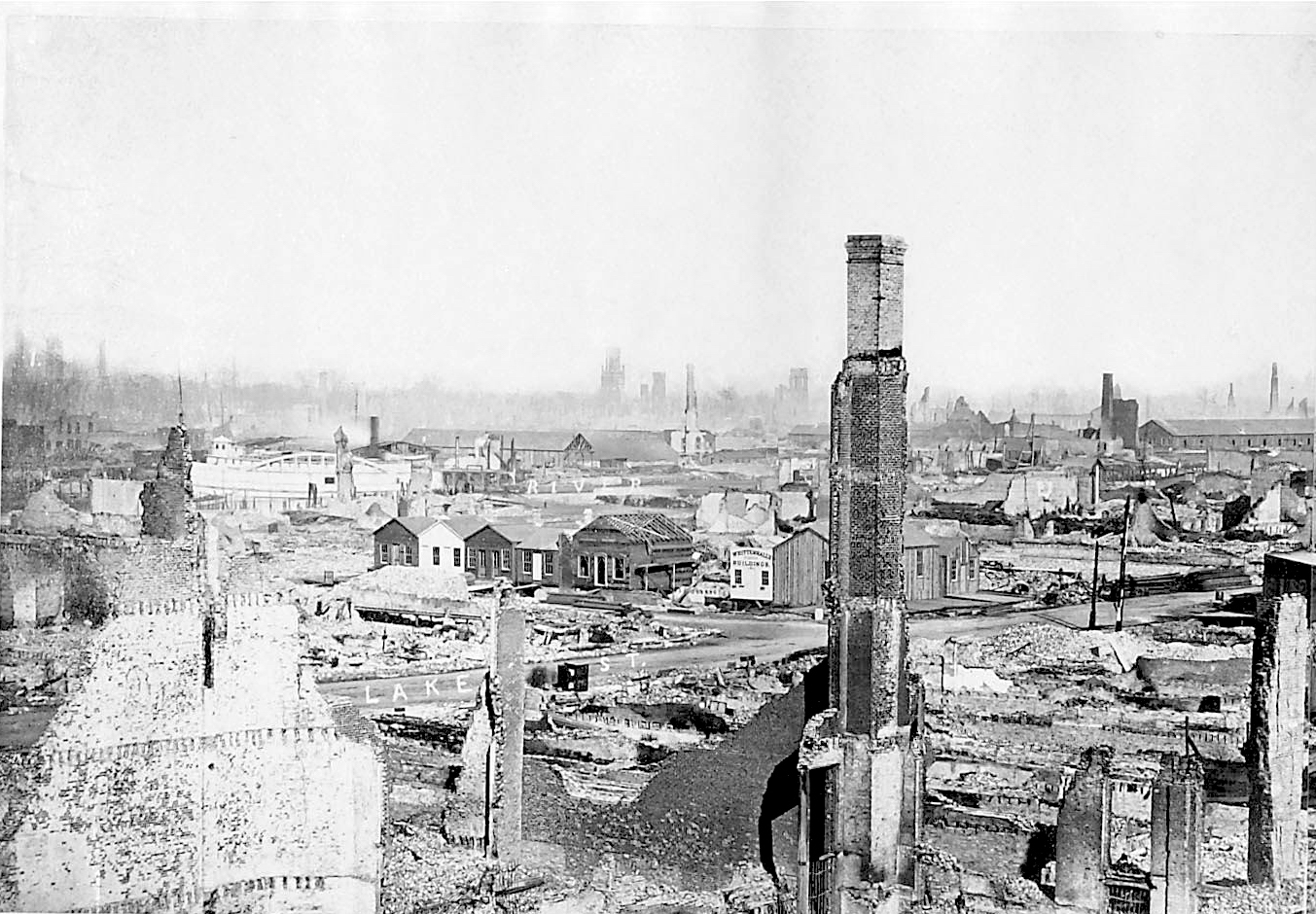 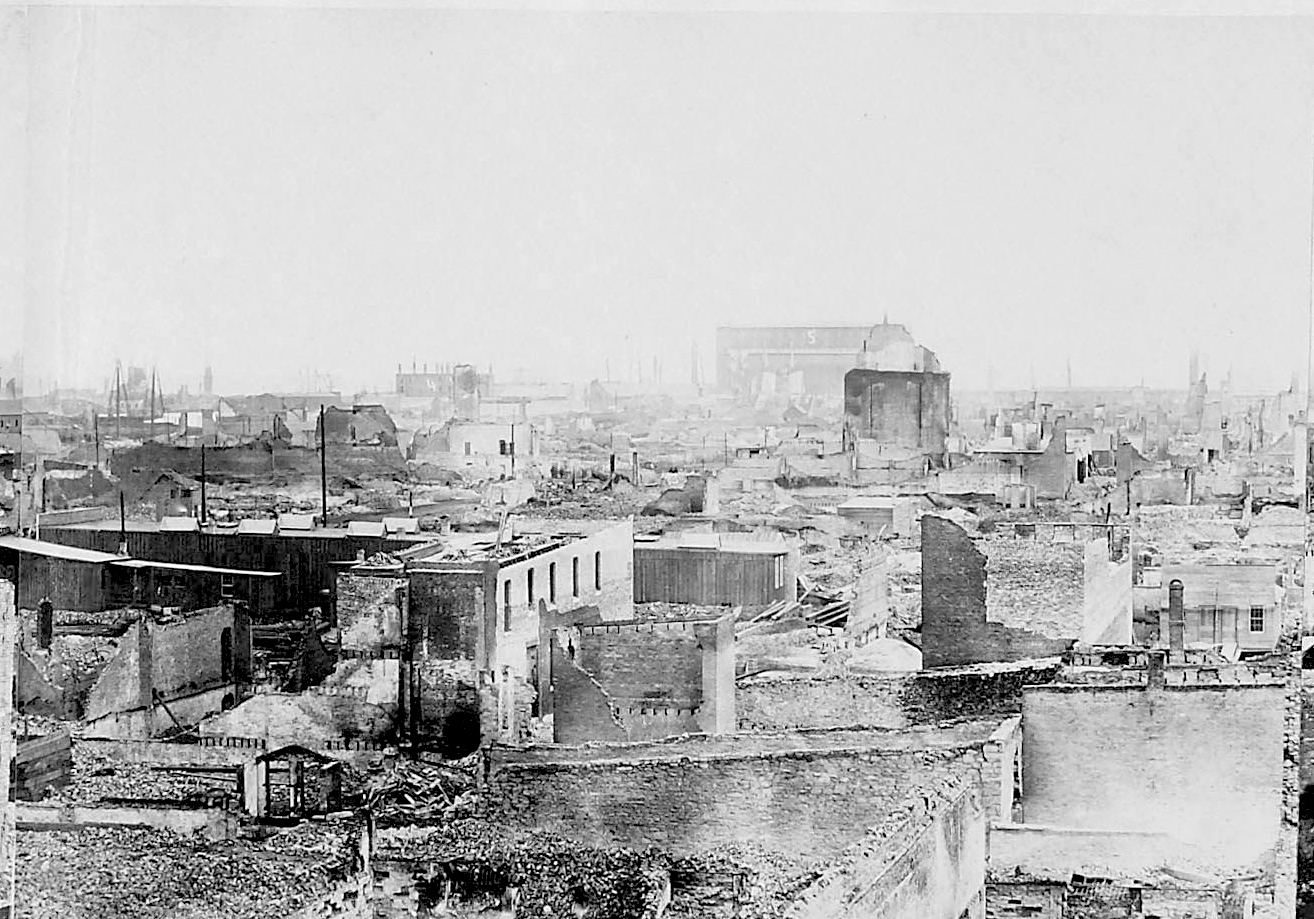 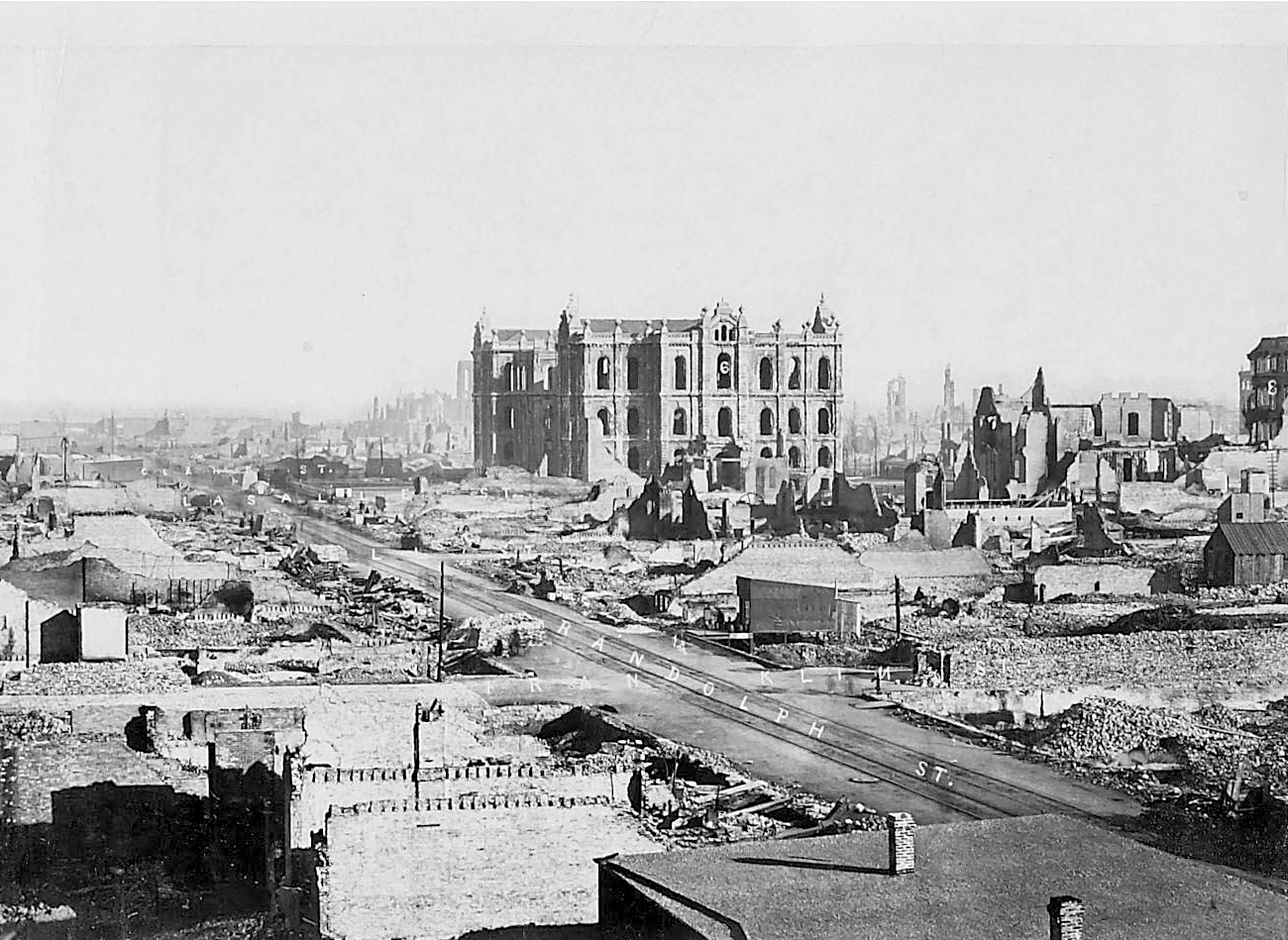 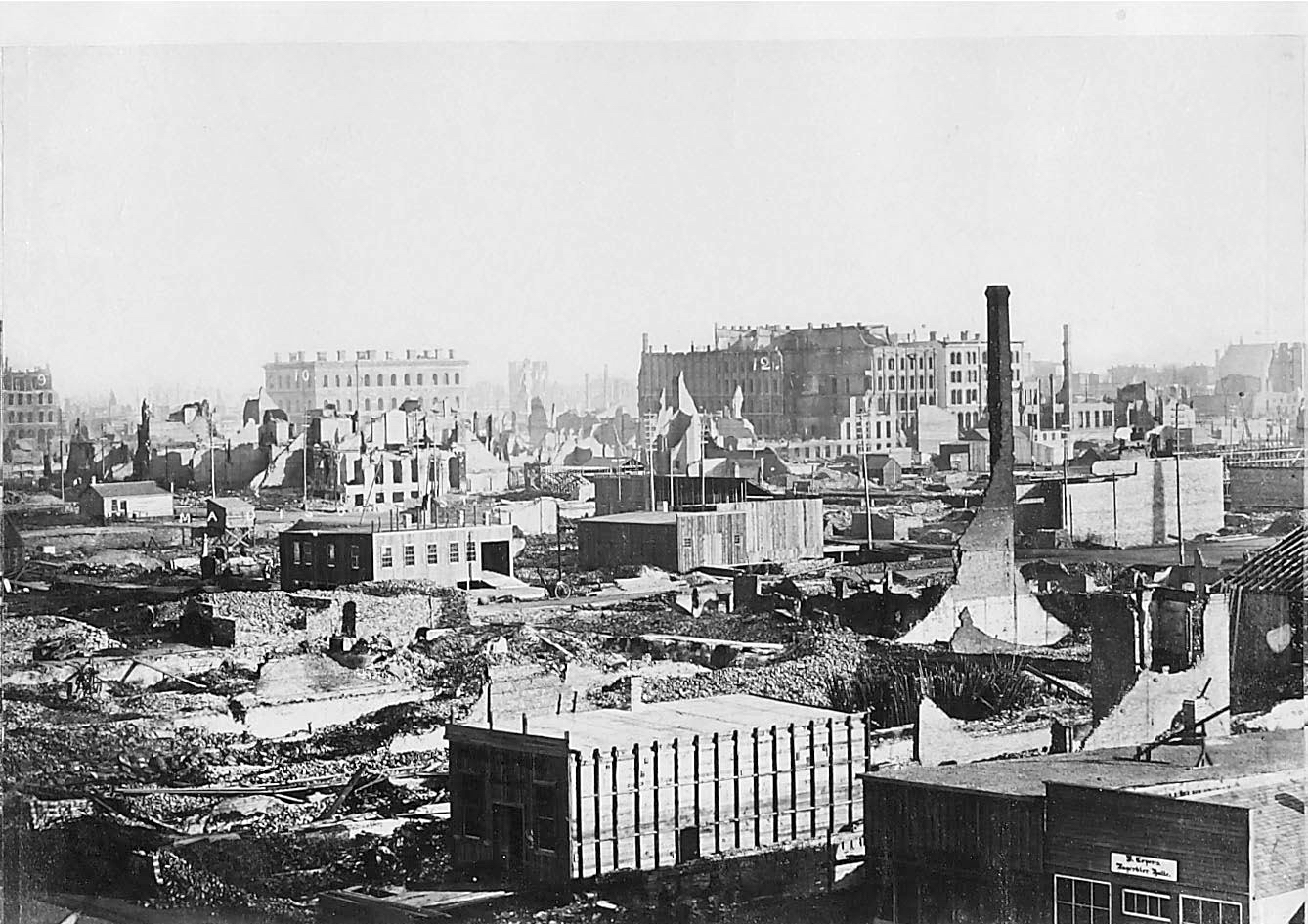 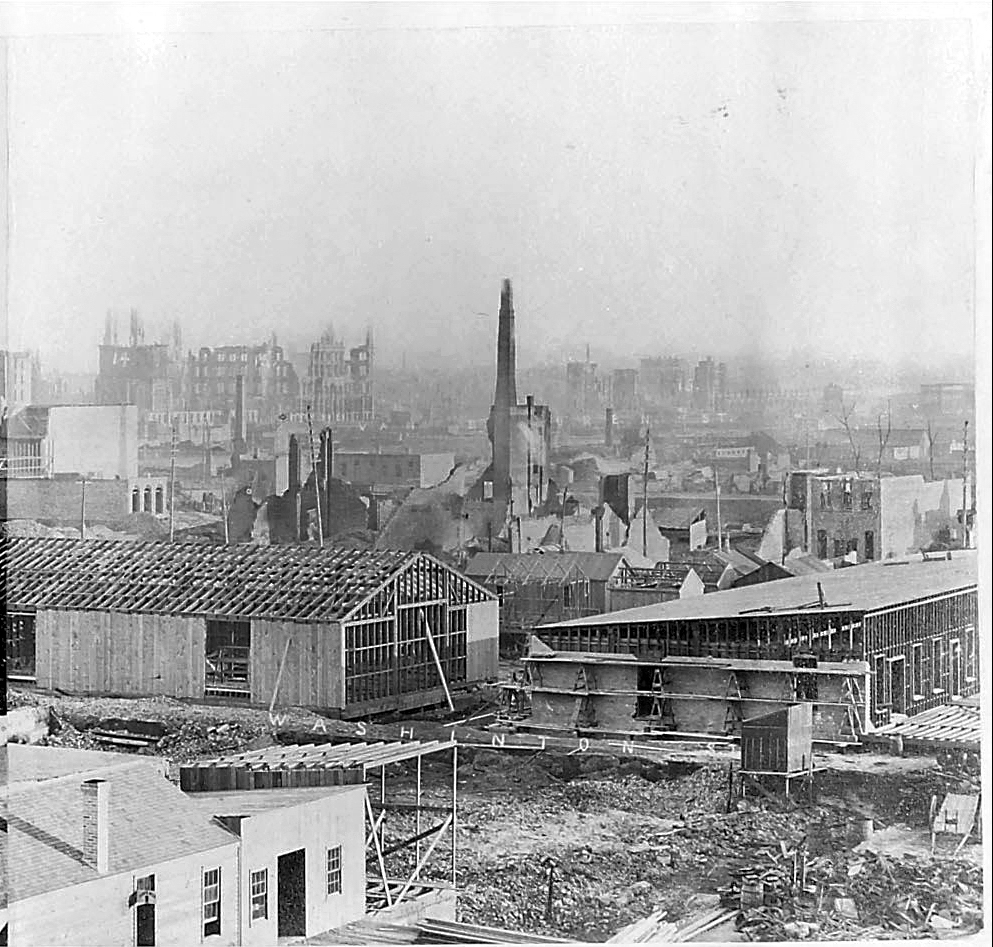 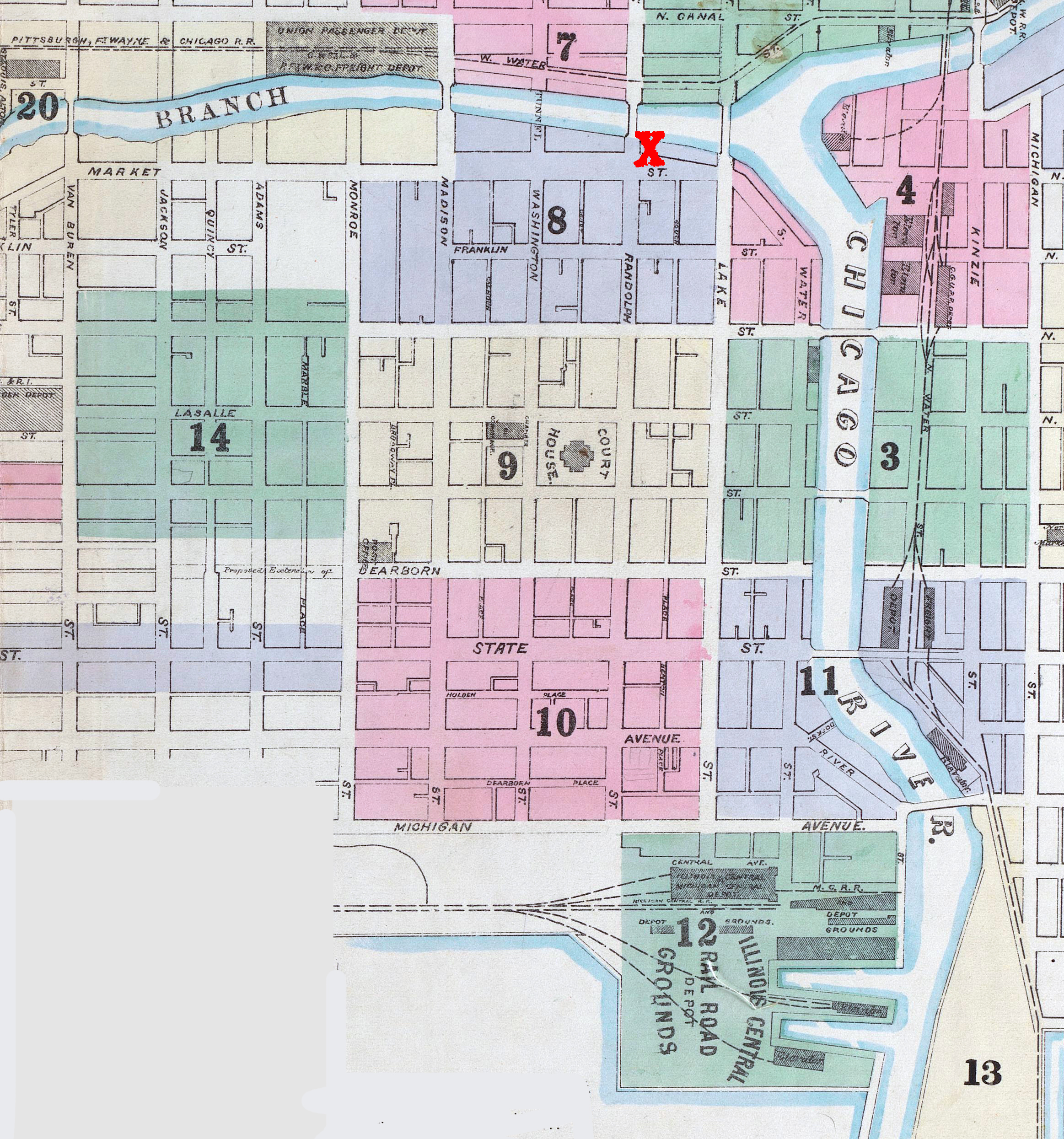 Location of the Lind Block (X), where George Barnard set his camera. Same location as Joseph Battersby took his panorama.

Messrs. Lovejoy & Foster, 309 West Randolph-st., Chicago, must have credit for producing, in their several lines of stereoscopic and other views, the most graphic, as it certainly is the most artistic, description of the Great Fire which has yet been published. The two principal series are the Combination Views, showing, on opposite sides of the same cards, stereoscopic views of principal buildings and street sections of the Old Chicago, as they appeared both before and after the fire. This series embraces some four dozen views, and is proving very popular. It is exceeded, however, in artistic merit, by the Barnard Series of extra-large stereoscopic views, which embraces five dozen pictures of the most interesting and picturesque scenes left by the Great Conflagration. Mr. Barnard has a great reputation as a landscape photographer, in which profession has scarcely a superior in this country. We regard these photographic sketches as the most valuable and truly illustrative mementoes of the fire that can be had. Often one will find, in a single patch of scenery, the whole story of Chicago, her style of architecture, the extent of her calamity, and the electric energy which has set all forces mightily at work to reconstruct her.

Other Views of the Chicago Fire Ruins credited to George Barnard. 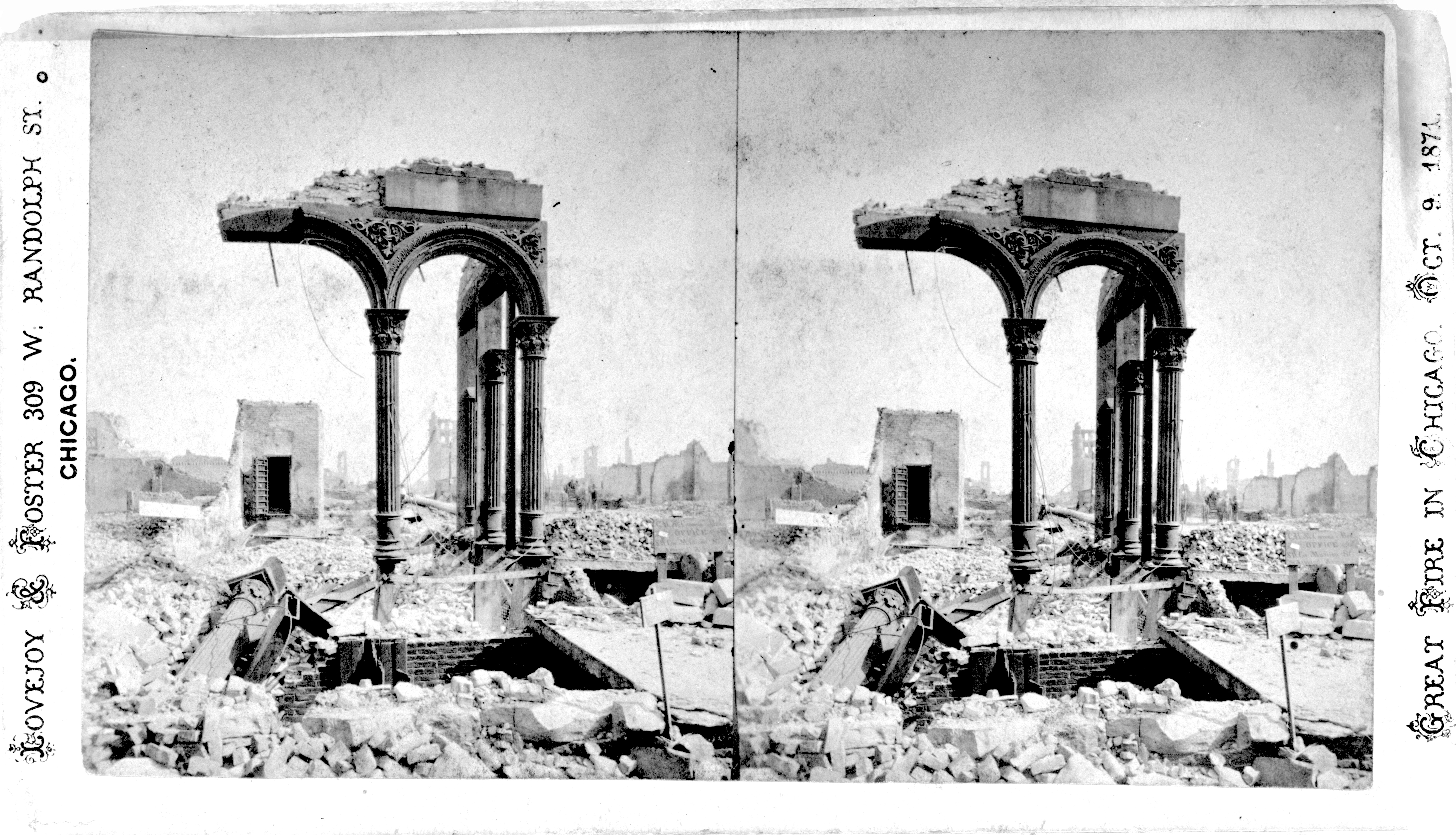