Two books were published immediately after the Chicago Fire, both were written by Chicago Tribune reporters. The first, Chicago, and the Great Conflagration, by Elias Colbert and Everett Chamberlin, was reviewed in The Chicago Tribune in December, 1871. 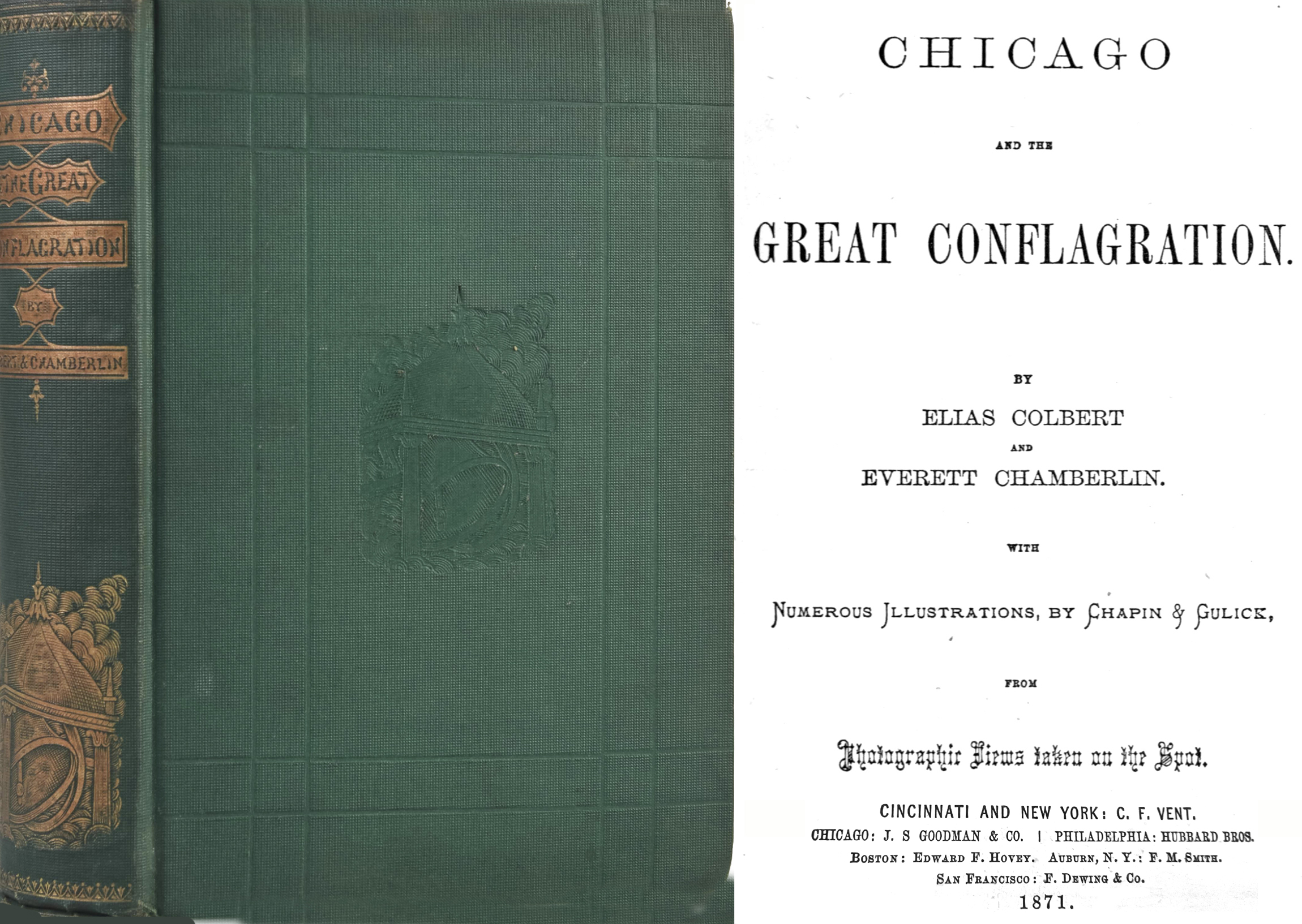 This work is just issued from the press. It is a book of 528 pages, besides 36 illustrations,—the latter including a first-class map of the city, which not only shows the burnt district, but also the parks and boulevards. The work comprises a well-written history of Chicago before the fire, with full statistics of growth in the commercial development of the city., and her manufacturing progress; a full description of the city as it existed before the fire; a graphic and ample account of the fire, with its attendant and succeeding incidents; a very carefully-prepared statement of losses; with an appendix, giving sketches of the great fires in history, the documentary history of the fire, contemporary opinions concerning the event, the relief work, etc. The well-known ability of the authors had led the public to expect from their hands a standard work on the subject, and the readers of the book will not be disappointed. 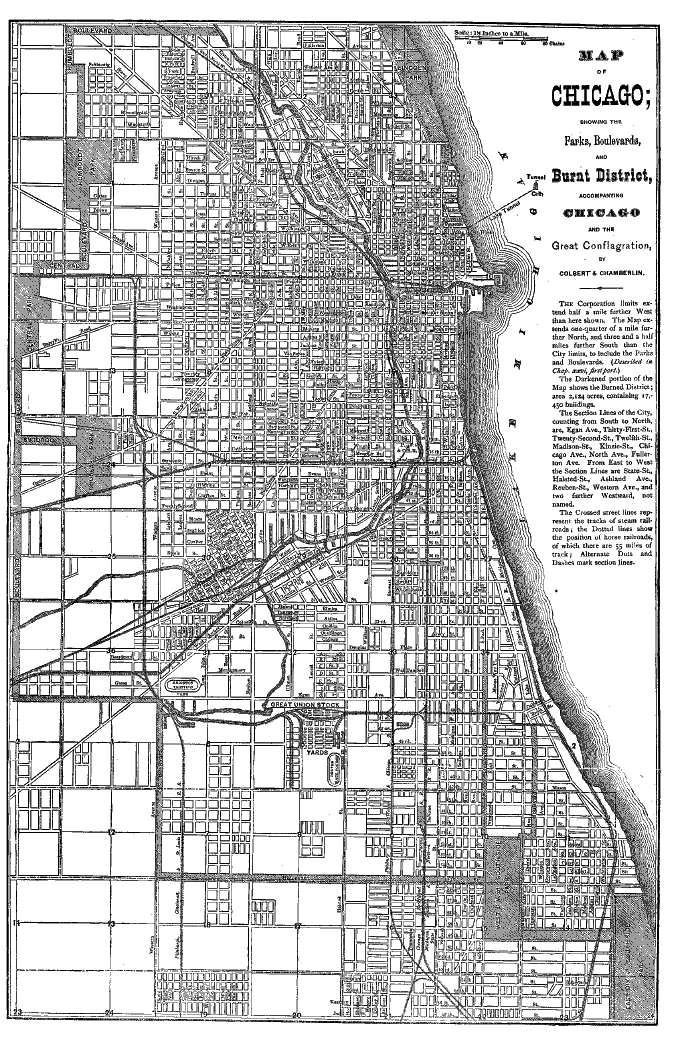