Julia Lemos was born in New York in the early 1840s but lived most of her life in Chicago, where she died in 1923. In an autobiographical statement, she explained that she was the daughter of Baron Eustace Wyszynski of Warsaw, who had been exiled by the Russians after the failed insurrection of 1831, and that her mother was a cousin of President Martin Van Buren. At sixteen she married Nicolas Lemos. At the time of the fire, she was living near the corner of Menomonee and Wells streets in the North Division with her father, her mother, and her five children, and working for a lithography company. 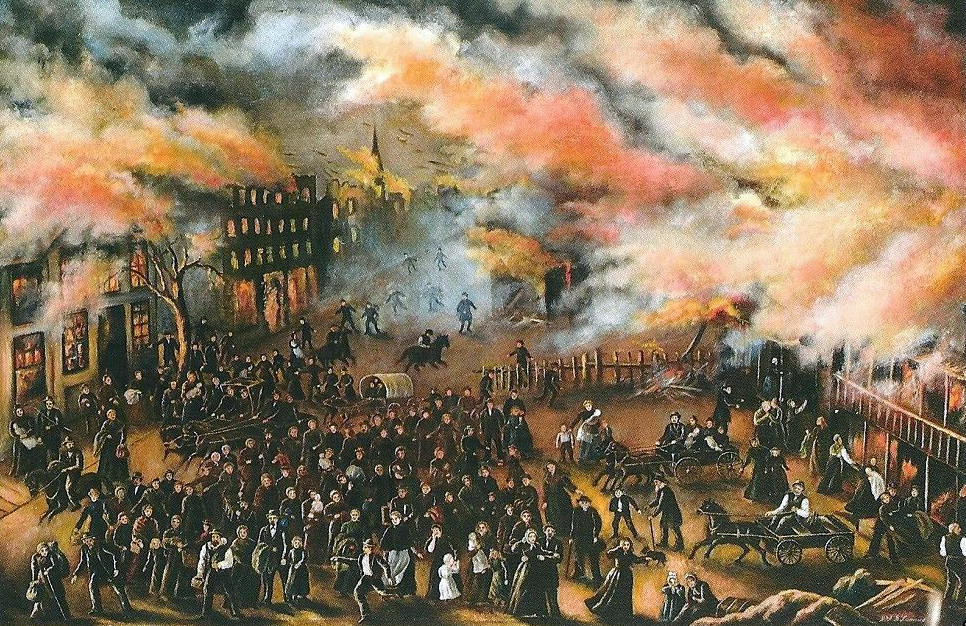