WHY remark that the world’s series between the White Sox and the Giants opens at Comiskey Park on the South Side today?

The whole country knows it.

The nation is baseball mad and Chicago’s plain crazy.

Even before midnight more than 200 men were standing in line at the entrance to the 16,000 b!eacher and pavilion seats. Many had been there through the rain earlier in the night.

Two hundred thousand fans were chasing over the city in a frantic last moment effort to find some one who would sell them one of the 17,500 reserved and box seats. 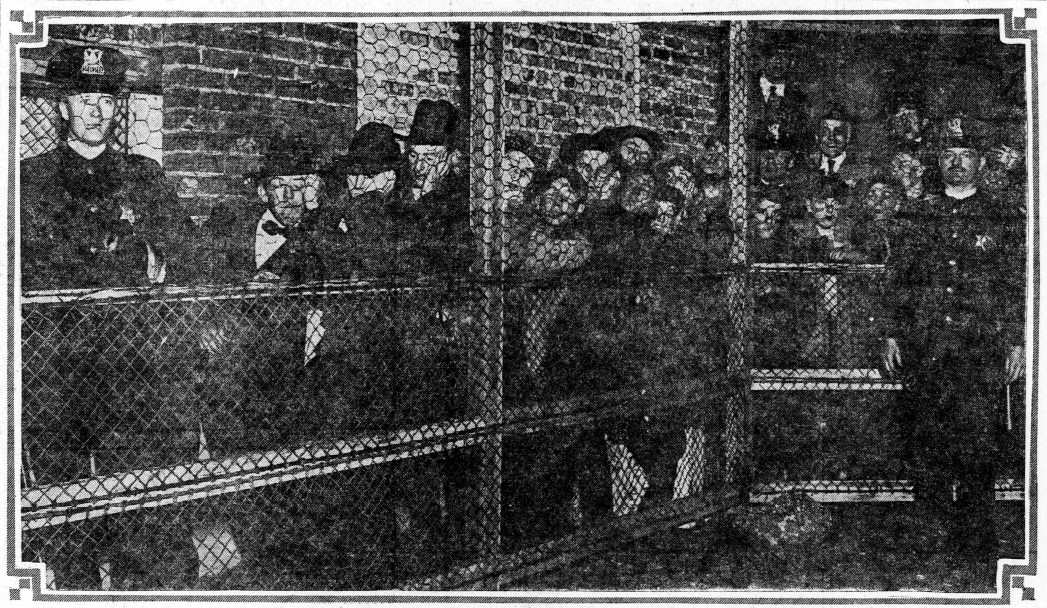 The Early Bird Catches the Worm— and Sees the World’s Series
This International picture was taken early this morning at the White Sox Park, where the fans who stayed up all night are shown in line in the wire chute leading to the general admission entrance. Once in the chute a fan can’t get out. He has to go to the ball game. Policemen are shown guarding the entrance from arush that may come at any minute.

Thirty thousand enthusiasts from every part of the country were crowded into the hotels, each praying that he might be one of the lucky ones. Only 400 tickets were sent to out-of-town purchasers. The rest spent their good money on just plain hope.

Thousands of dollars were spent in taxicab fares to and from the office of speculators. Occasionally a ticket changed hands. The lucky purchaser was almost mobbed before he could get away.

Men locked single tickets in hotel in vaults and flaunted “rolls” and diamonds worth thousands of dollars. The fortunate ones were kings. They were wined and dined by sorrowing brothers who pleaded:

Can’t ya get another?

ARRIVES WITH BLANKET, BENCH AND FOOD.

Charles A. Stevenson, 7832 South Green street, was the first man in the line at the pavilion entrance at the ball park. He arrived at 4 o’clock last night, carried a blanket, a bench and package of sandwiches.

“Thank Heaven!” he ejaculated as he found no one else there.

He placed his bench at the mouth of the chute that leads to the ticket window to prevent any others from getting ahead of him, wrapped his blanket about his shoulders and composed himself for a long wait until the doors open at 10 o’clock to-morrow morning.

At 9 o’clock there were fifty men in line at the entrance to the bleacher, or 50-cent seats, and thirty-five at the pavilion, or dollar seats. Rain was falling, but for a time they held their places. Then, fearing to face a cold night in wet clothing, they rushed to shelter.

When the rain slacked there was a stampede for the gates, and Stevenson lost his first place. The first in line at the bleachers gate was William Lyons, 4547 Champlain avenue, and second was Patrick Watson, 4024 Grand boulevard. Stevenson and his bench were eleventh, but he was comfortable and unworried. John Tracy, 3028 Lowe avenue, was first in line at the pavilion gate. 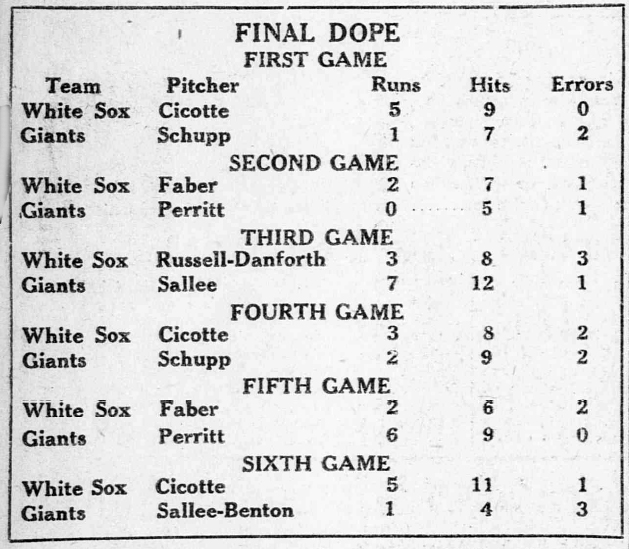 Before midnight the crowds at both gates had passed well beyond the hundred mark and every few moments added to the numbers. Heavy overcoats and umbrellas sheltered the men, and pockets bulged with sandwiches and thermo bottles filled with hot coffee. A number brought boxes or camp stools, on which they dozed now and then and which they will abandon when the ticket windows open.

A number of boys were ln line. It was said they were planning to sell their places when the rush comes. The hour for the big jam to begin, according to the dopesters, was from 4 o’clock this morning to 6 o’clock.

THOUSANDS TO BE SHUT OUT.

There are 16,000 bleacher and pavilion seats, and it was expected that hundreds of the wealthy fans from other cities and states would take places in the lines when they found efforts to buy tickets to the reserve section futile. It was believed sufficient persons to more than fill the 16,000 seats would be on hand long before the windows opened, and that many thousands would be disappointed.

Fifteen policemen detailed by Captain Gallery of the Thirty-fifth street station were guarding the line to prevent fights over first place and to watch fires started by the men to keep warm. After midnight their number was augmented by thirty-five more.

To-day Captain Gallery will have 200 men on foot and twenty-five mounted police inside and outside of the park, with five lieutenants and fifteen sergeants under his direct command. One hundred and fifty more police will be held in reserve. Forty detectives will be on the watch for pickpockets.

And the weather?
Ah, yes, fans. The weather.

Chicago fair Saturday. Temperature about 55 degrees in the afternoon.

That’s the promise of Professor Cox, U. S. weather forecaster. 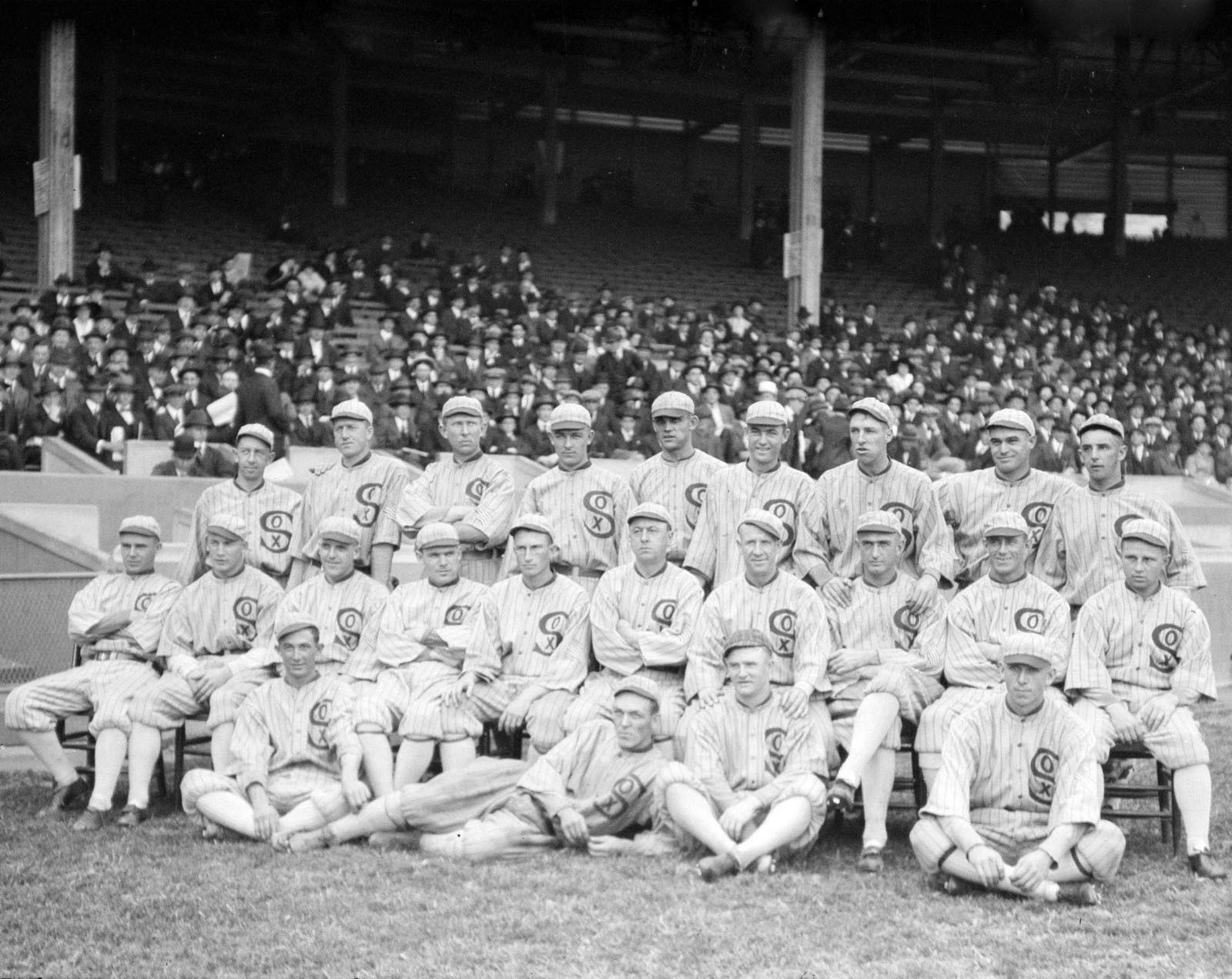