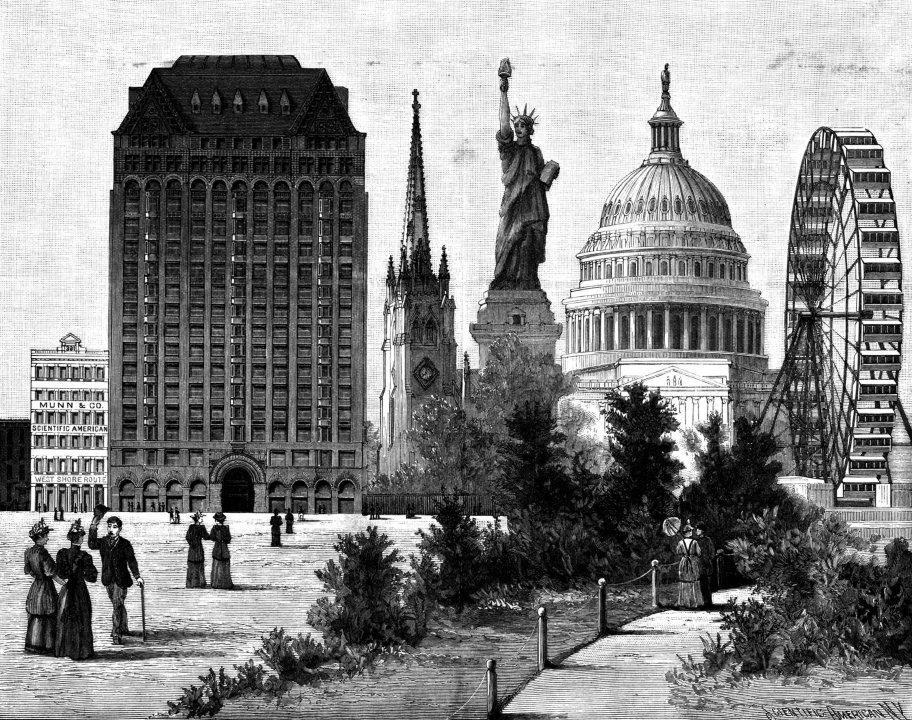 From the 10 February 1894 issue of Scientific American.
A “City Under One Roof”, showing the Masonic Temple’s height in relation to buildings and monuments from elsewhere in the US.

Tallest Buildings in the United States

1 The tallest buildings in the United States did not include churches or cathedrals.
2 In 1894 the clock was removed from the Chicago Board of Trade Building, which made the Masonic Temple the tallest building in Chicago.
3 The Masonic Temple, built in 1892, became the tallest in Chicago three years later when the Board of Trade Building had its clock tower removed.
4 The Montgomery Ward Building is currently 282 feet tall, following the removal of a pyramid top and sculpture.
5 When built, the Chicago Temple Building’s height was stated to be 556 feet high to the top of the cross. The Pittsfield Building’s height was stated to be one foot higher at 557 feet. The Board of Trade, built in 1930, rose to 605 feet. The current height of the Chicago Temple Building is stated to be 12 feet taller. No documentation can be found as to how or when the discrepancy occurred.