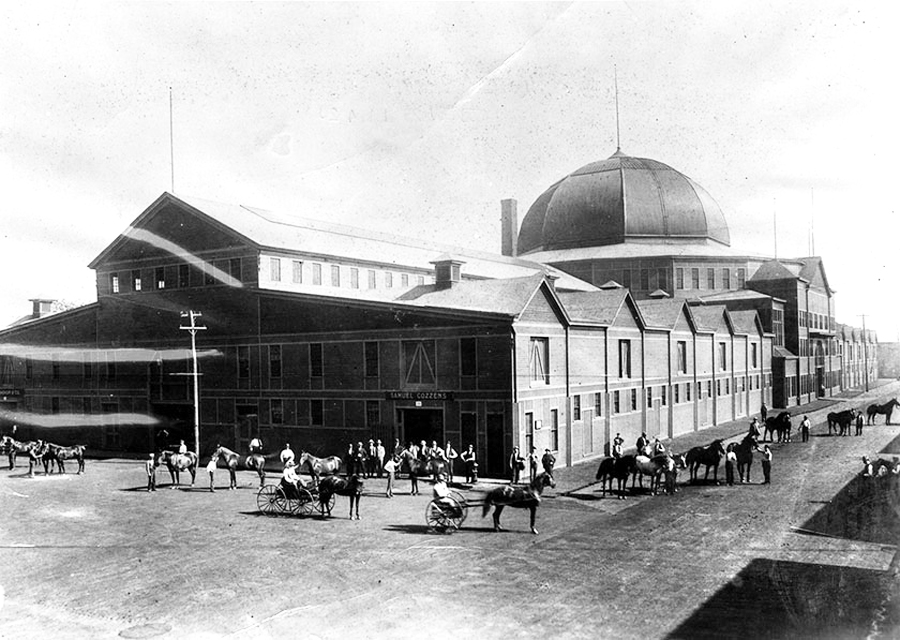 The Dexter Pavilion
About 1884 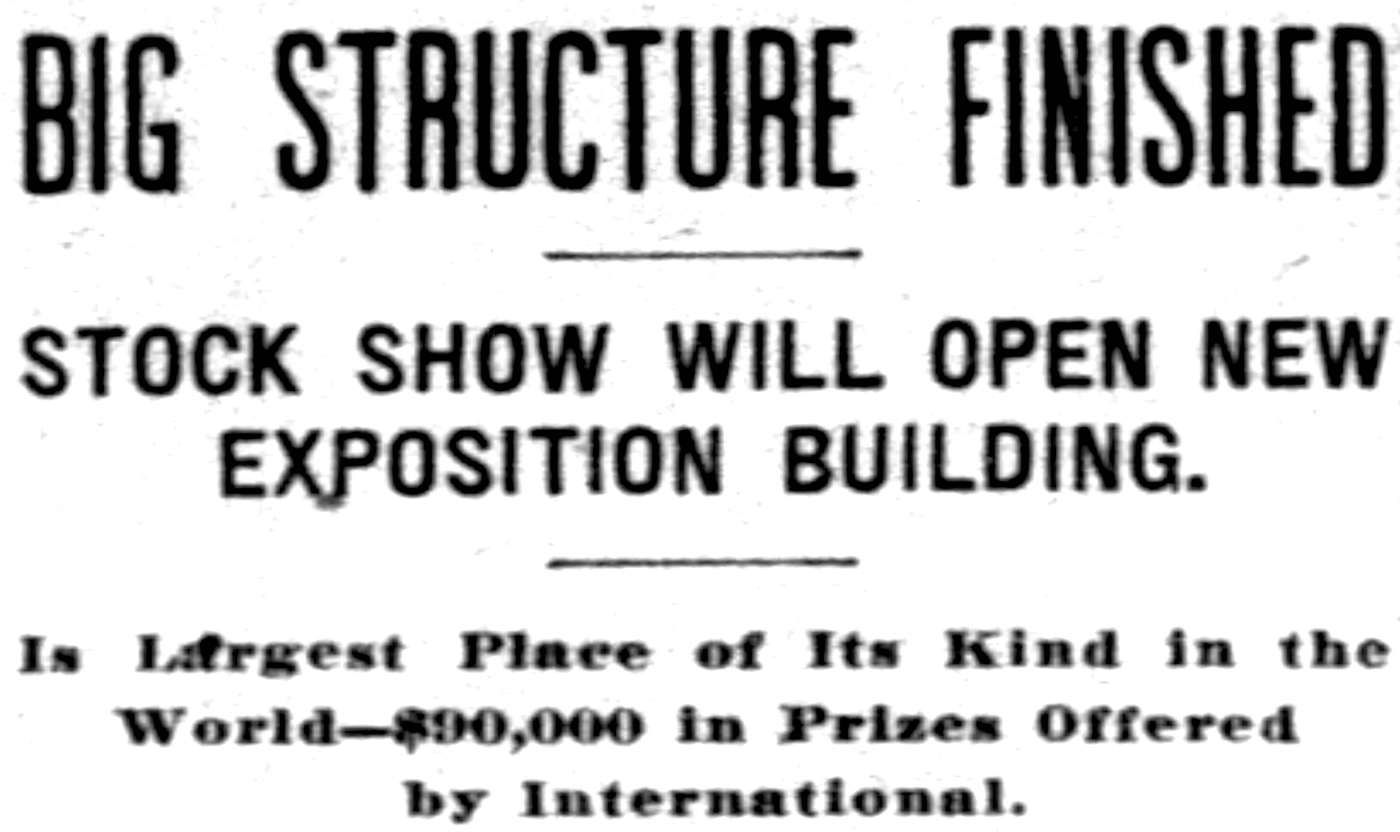 The structure occupies part of the site of the old Dexter Park pavilion, and it will be dedicated on Dec. 16 to 23 by the opening of the International Live Stock exposition.

According to Secretary and General Manager W. E. Skinner of the International, $90,000 in prizes will be awarded in the different classes this year. On account of the increased facilities are that all entry as well as attendance records will exceed those of any previous year. 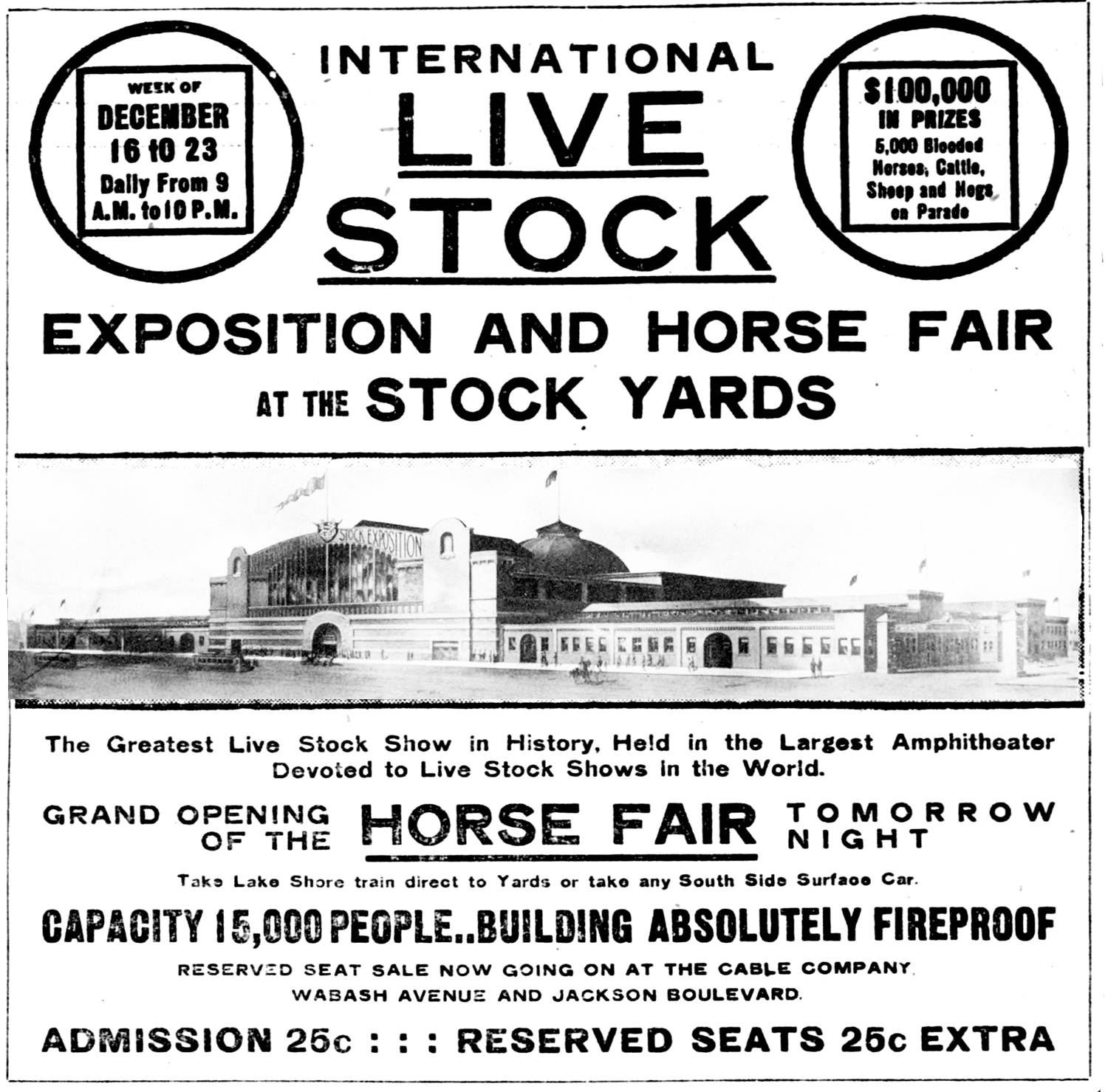 Old Quarters Were Cramped.
The official attendance for the week of the show last year was 487,000, notwithstanding the cramped conditions in the old Dexter Park pavilion, particularly during the evening performances.

At a meeting of the directors of the International yesterday the following officers were elected:
President, John A. Spoor, Chicago; vice presidents, A. H. Sanders, Chicago, and A. J. Lovejoy of Moscoe, Ill.; secretary and general manager, W. E. Skinner of Chicago; treasurer, Mortimer Levering of Chicago. 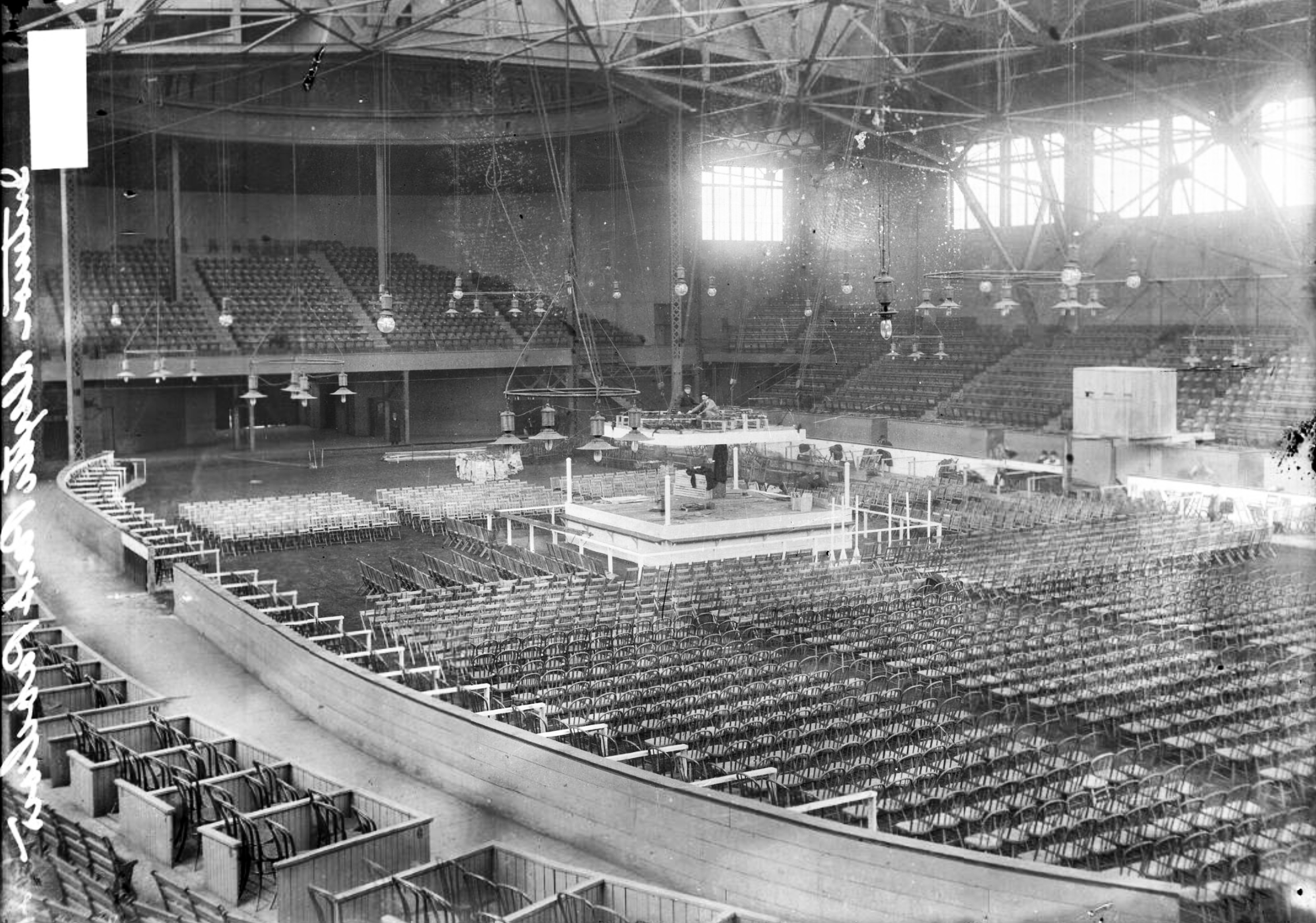 Excerpted from The Chicago Tribune, January 11, 1948

It was a great day for the Irish when Andy Frain organized his business some 27 years ago. Because Andy proudly and cheerfully admits that 99 per cent of the thousand uniformed ushers now on his Chicago payroll answer when you say: “O’Malley, O’Brien, Callahan, Kelly”—or some other name with the sound of harps in it.

Frain, who was born Back o’ the Yards in a neighborhood where they thought the shamrock was the national flower, had the idea of forming a corps of trained ushers to work all important events when he went to a prize fight in the International Amphitheater in 1921 and due to some confusion among the National Guardsmen, who were serving as ushers, “everybody without a ticket was inside and all those with tickets were outside.”

AFTERMATH
The Dexter Pavilion was destroyed by the great Stockyards Fire in 1934 and the International Amphitheater was built in its place. 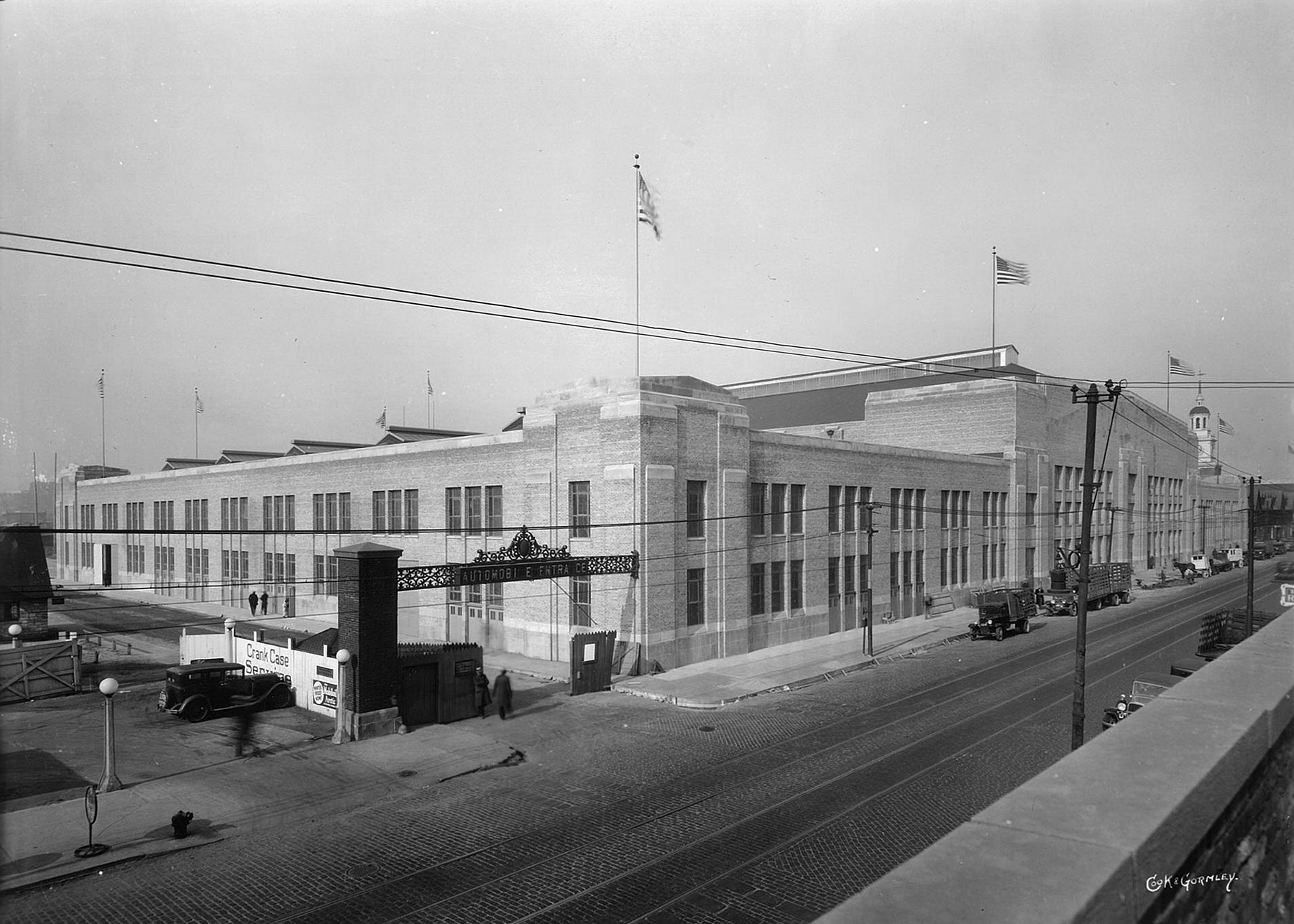