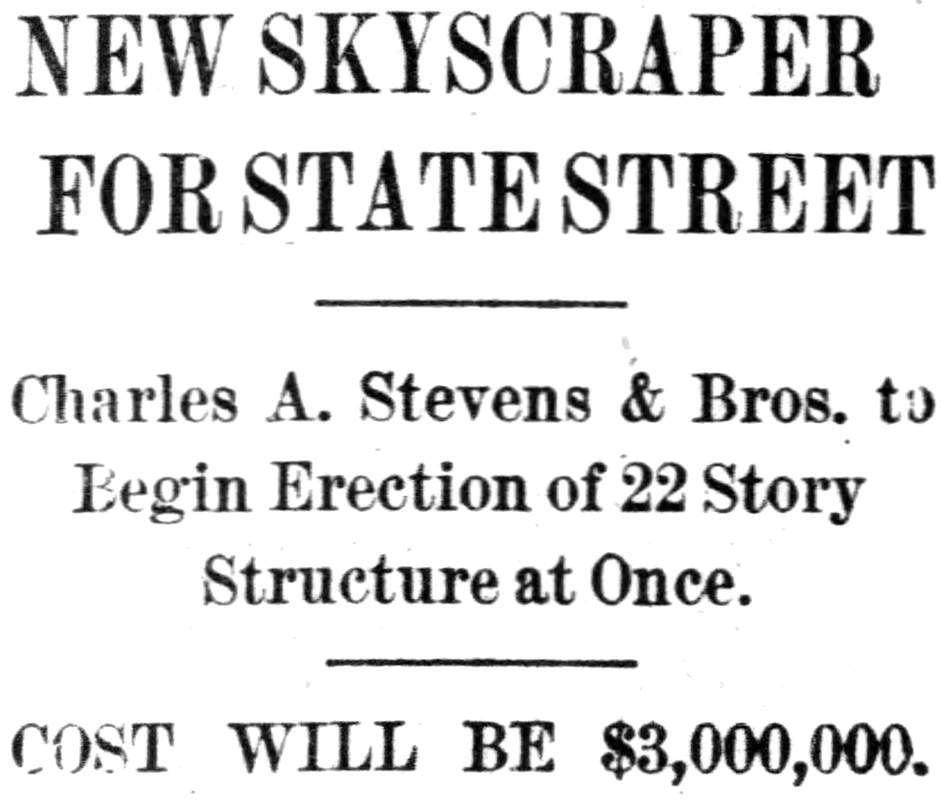 Charles A. Stevens & Bros. will begin at once the erection of a twenty-two story mercantile structure on the site of their present store at 17-25 North State street, extending from Mandel Bros new store to the Columbus Memorial building, through to Wabash avenue.

With all its equipment it is expected to cost approximately $3,000,000.

It will be one of the most modern business structures In Chicago and it will be unique in that it also will become the home of a large number of retail shops, designed to give every advantage in the way of exclusive and attractIve surroundings.

Six Stories and Basement Store.
The basement and the first six stories above ground will be occupied in their entirety by the business of Charles A. Stevens & Bros, while the remaining twelve upper stories, each containing more than 10,000 square feet net rentable space, will be given over to the specialty shops, which will be reached by ten modern high speed elevators.

A unique feature will be a spacious arcade, “Style Alley,” extending through the entire block, with attractive show windows on side for the exclusive use of the shops above.

The building will be nineteen stories above ground and three below, and will occupy 20,000 square feet of ground, whieh, on the basis of a value of $250 a square foot, represents a total value of $5,000,000. The east side of State Street from Randolph to Madison, with (left to right) the Columbus Memorial Building, Chas. A. Stevens, and Wieboldt’s.

The Stevens Building is located at Nos. 17-25 North State Street, between Madison and Washington Streets, and extends through to Wabash Avenue, having a frontage on both streets.

The exterior of the building is of polished granite and white glazed terra cotta and the interior of mahogany and Italian marble with tile floors in the corridors.

The building is nineteen stories in height and the entire first seven floors, together with three basements, are occupied by Chas. A. Stevens & Bros. The floors above the seventh are occupied principally by women’s clubs, specialty shops and business lines catering to women’s trade.

A feature of the building is the main floor Arcade running through from State Street to Wabash Avenue, making a covered thoroughfare through the center of the busiest block in Chicago. This Arcade is lined on both sides by show windows, which are used by the occupants of the shops.

Nine high speed electric elevators run express to the eighth floor direct from the Arcade for the exclusive use of the tenants.

The building contains all the latest improvements in building construction for the comfort,cleanliness and service of the tenants. 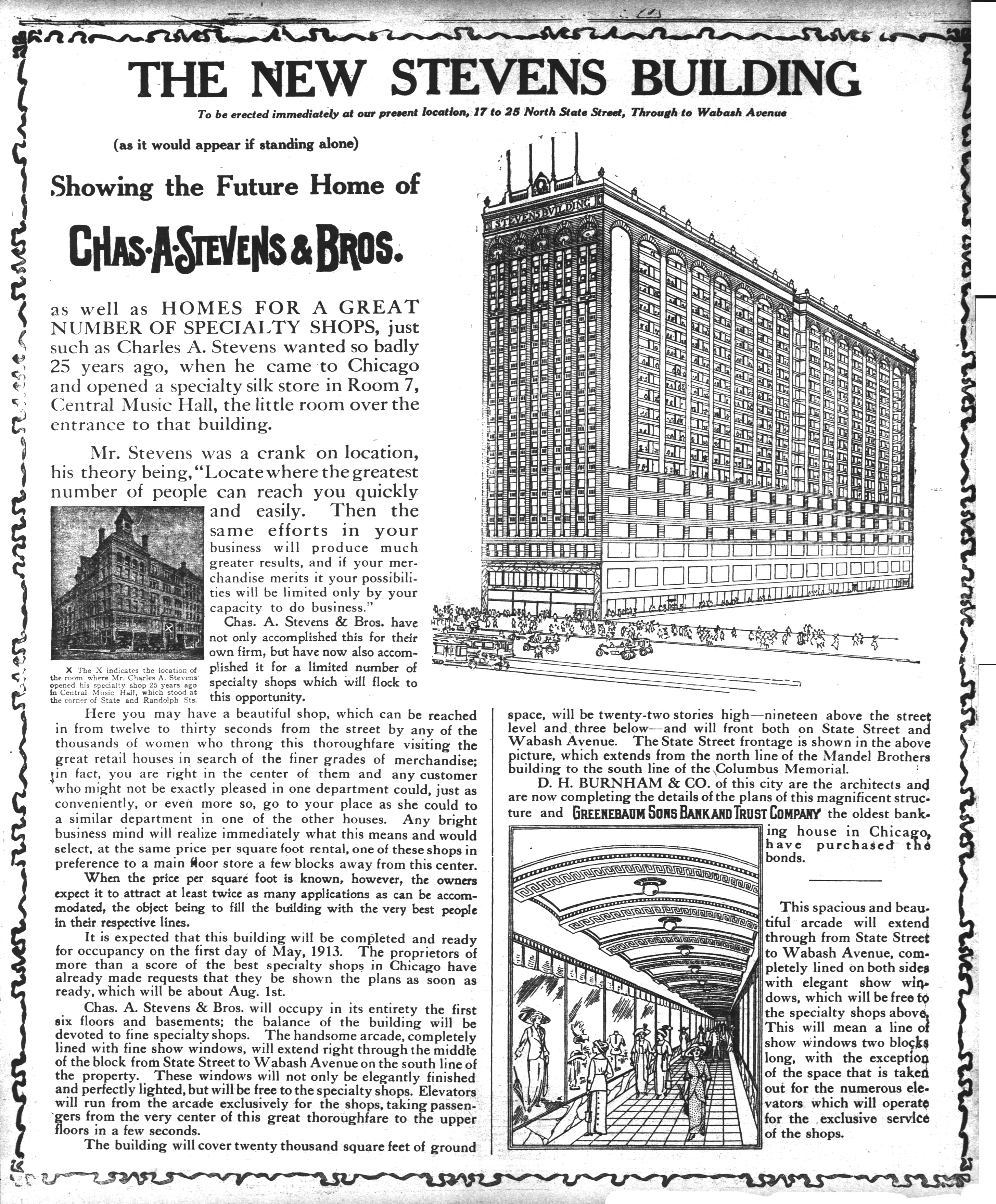