FM IS ANOTHER W-G-N FIRST IN CHICAGO AREA
Many Radio Innovations Aired by Station.

A background of noteworthy achievements In broadcast pioneering, plus unequaled facilities and resources, is W-G-N’s gift to its new frequency modulation station, W59C (45.9 megacycles). The FM station goes on the air in the best W-G-N tradition-it is another first-the first frequency modulation station in Chicago operated by a standard broadcaster. {Zenith Radio owns the other.}

In a long line of contributions to the development of radio, W-G-N officials are probably most proud of the project that gave Chicago a modern system of police radio, the first large city to be so equipped.

W-G-N engineers spent months in experimentation and then, in 1929, the station installed receiving sets in 44 Chicago police cars at a cost of $40,000. For four months W-G-N broadcast all police calls, Interrupting programs whenever necessary, and was connected by direct wire with police headquarters. The police department meanwhile was constructing its transmitter. 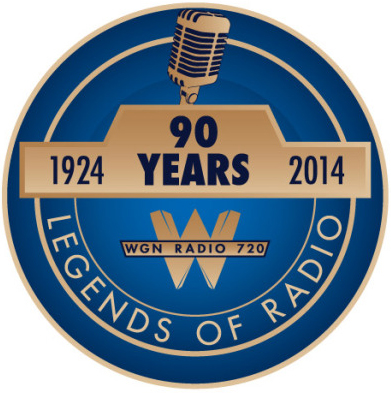 Use Now Universal.
From this beginning sprang the whole system of radio crime detection-the most powerful weapon yet devised for combatting criminals. City, county, and state police forces as well as the Federal Bureau of Investigation now make every day use of radio.

W-G-N inaugurated remote control broadcasts as early as 1924 with the opening of a series of sports programs that soon had listeners of the middle west talking and listening for more. On May 30, 1924, W-G-N strung direct wires to the Indianapolis speedway and broadcast seven hours of the annual 500 mile automobile race. W-G-N reporters and microphones were posted around the track, in the judges’ stand, the pits, and grandstand.

When W-G-N broadcast the Cubs-White Sox game on Oct. 1, 1924, it became the first station to air a base- ball contest by Chicago teams. All six games of the city series were broadcast that year-the step that led to W-G-N’s now familiar daily baseball broadcasts and world series fea- tures. By 1926 W-G-N was airing all home games of the Cubs and Sox.

Pioneer in Football.
WGN also pioneered remote broadcasting in football, sending an announcer and engineers to Champaign, III., to cover the Illinois-Michigan homecoming game (remember Red Grange7) in 1924. The station also broadcast from Michigan and Notre Dame in 1924.

The Kentucky Derby of 1925 was another first in remote control broadcasting. In these pre-network days it was necessary for the station to buy lines direct to the scene of the event to be aired, whereas now a hookup is effected with the nearest network station.

W-G-N also got into the political convention field early, covering both Democratic and Republican conclaves of 1924. To this day listener surveys show the station attracts the biggest audience in Chicago for convention broadcasts.

Scopes Trial rut on Air.
In 1925 W-G-N amazed the country with the announcement of a feature unprecedented in radio. It would broadcast the Scopes evolution trial from Tennessee! The trial judge permitted the W-G-N staff to rearrange the courtroom to facilitate broadcasting, the judge’s chambers were the control room, and the nation heard Clarence Darrow, William Jennings Bryan, and Schoolmaster Scopes

‘Way back about this time W-G-N had a blackface comedy team, Sam ‘n’ Henry, that listeners found tops in entertainment, Today they still carry the highest rating of any 15 minute program on the air. You know them as Amos n Andy. A host of other stars have been developed by W-G-N.

The average radio station formerly employed women only tas . But in 1930 along came three girls from Northwestern university who, on W-G-N, became the most popular comedy trio on the air. They were Clara, Lu, and ‘Em.

Started Daytime Serials.
The first daytime serial show likewise began on W-G-N—”Painted Dreams.” And the show is still going strong five afternoons a week on the same station. Its imitators have been legion.

Since the opening of its air conditioned studio theater on Michigan avenue in 1935, W-G-N has led another trend in radio-the enjoyment of programs by large studio audiences. Hundreds of thousands of guests have visited the theater, Of course, no admission is charged.

In the last few years W.G-N has built an exceptional reputation among music lovers with Its broadcasts of the opera, the symphony concerts, the Chicago Theater of the Air operettas, and other musical programs of high excellence. This reputation serves as the best of groundworks for the new frequency modulation station, W59C, for the high fidelity presentation of good music is one of the strongest points of FM broadcasting.