Uhlich’s Block.—This fine block of buildings occupies the entire square between Water and Kinzie streets, being nearly 200 feet front on North Clark street, and a depth of 8½ feet on each Water and Kinzie street, three stories high, with basement. It is built of pressed brick, with stone facings. The first floor is divided into ten stores, the upper stories being finished and occupied as public offices, a boarding house, Public Hall, &c. This is one of the handsomest business blocks in the North Division, and cost about $60,000. A. Bauer, Architect. The “Foster House,” raised to grade and the interior thoroughly overhauled; the lower story finished for stores, the upper stories connected with the hotel. The hotel is heated by steam and thoroughly renovated and improved. Cost $50,000. Proprietors, C.H. McCormick & Co. A.E. Burling, Architect. 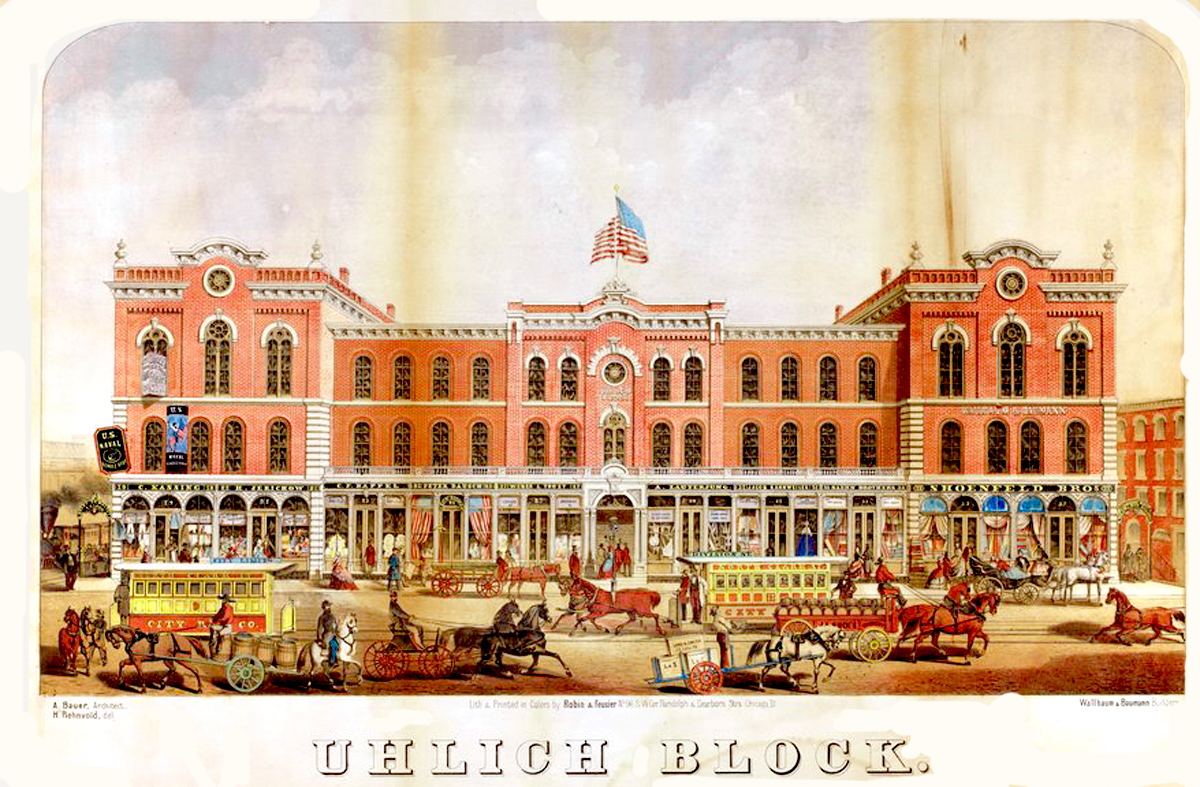 The New Revere House.—The readers of the Tribune will remember that we announced a few days ago (April 2), the prospective opening of the Revere House, some time known as the Fister House, situated on the corner of North Clark and Kinzie streets. The house is now under full head way, and is meeting with that liberal patronage which the enterprise of its proprietors has so well deserved. Those who knew the “old Foster” would not recognize the building now, not even externally, except by location. It has undergone a complete renovation, and has come out in all respects a first-class house. The splendid furniture, ample bath accommodations, and fullness of detail calculated to add to the comfort of guests are scarcely surpassed on the continent. We can scarcely imagine how the guest there could be uncomfortable. The cost of accommodation is very reasonable, as compared with present high prices. We advise those of our friends who wish to feel at home during their stay in the city, to give the Revere a trial. The proprietor, Mr. G. Dutcher, has secured the services of able and accomplished assistants, who will use their utmost to please his patrons. 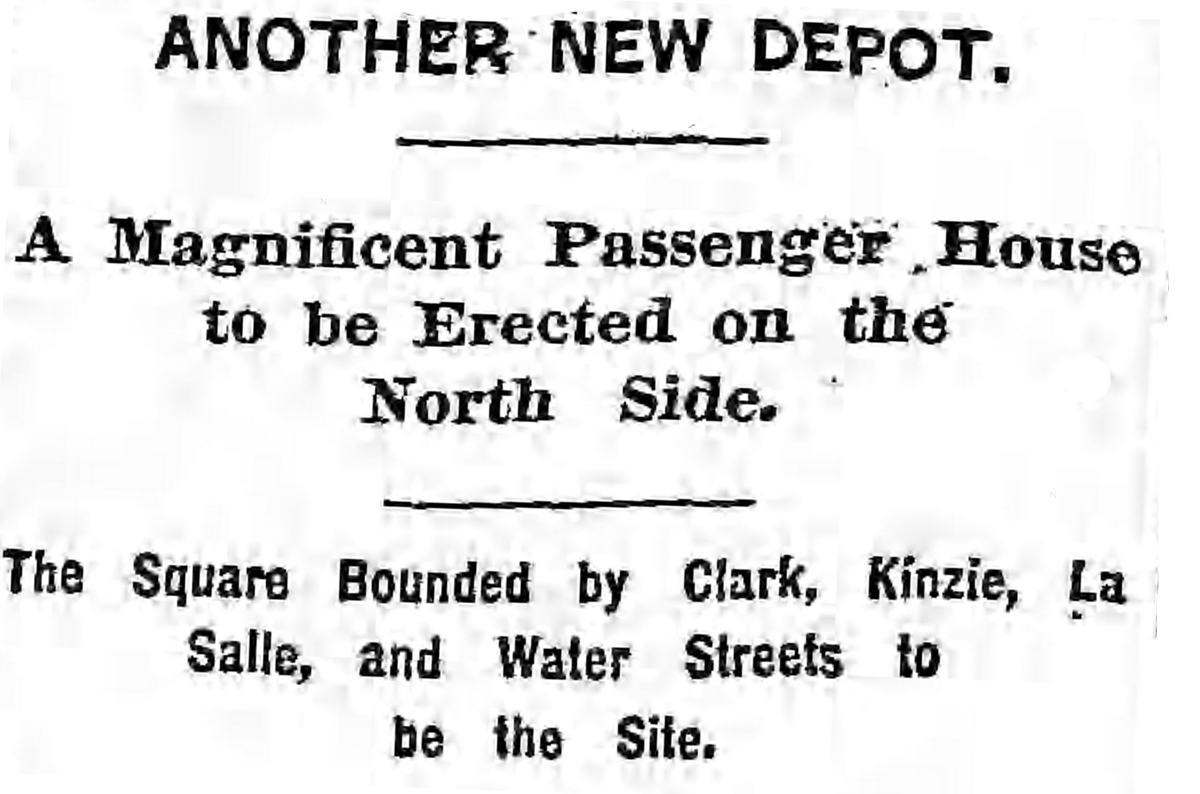 The North Division is soon to become the possessor of one of the finest railway depots in the country. The square bounded by Clark, Kinzie, LaSalle, and Water streets occupied previous to the fire by the Uhlich Block and the Kinzie street meat markets, has been purchased by the Chicago & Northwestern Company, and is to be the site of the new depot. The plans of the building have not yet been decided upon, but the company will spare no expense to make it a model in all that pertains to solidity of construction, beauty of design, and adaptability to the wants of the traveling public. The demands upon the Northwestern for additional depot-accommodations and yard-room are extremely pressing, and must be speedily satisfied. Its business has has increased to such an enormous extent that the old depots are altogether too limited for its proper transaction. The new depot will greatly extend the facilities for disposing of the immense passenger and freight patronage, by relieving the other local houses of the company of considerable pressure, and admitting of needed additions and improvements in other directions which cannot now be made, owing to lack of room. It will also be an architectural ornament to the city, and will confer vast benefits upon a locality which is not noted for anything in particular at the present time. 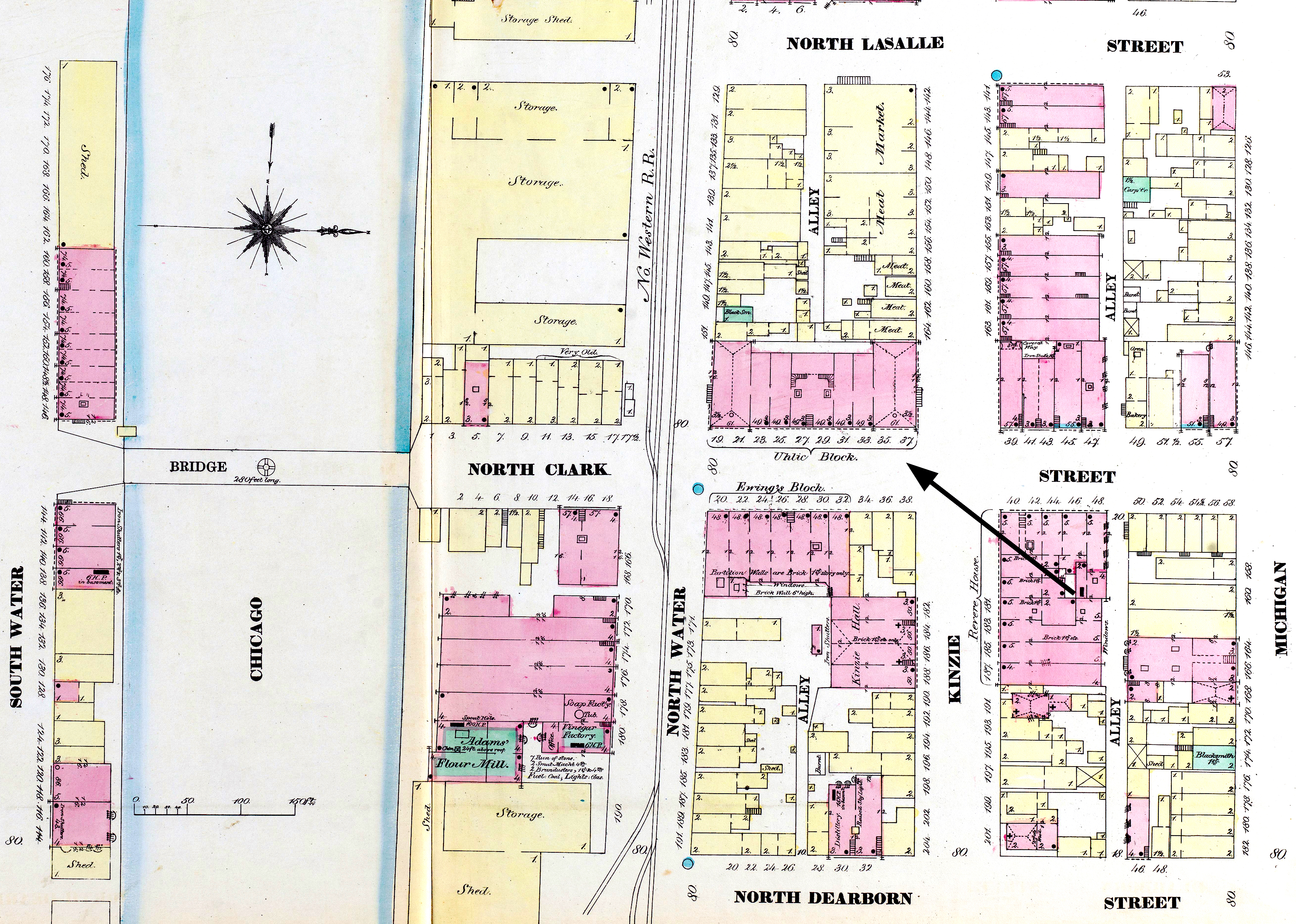