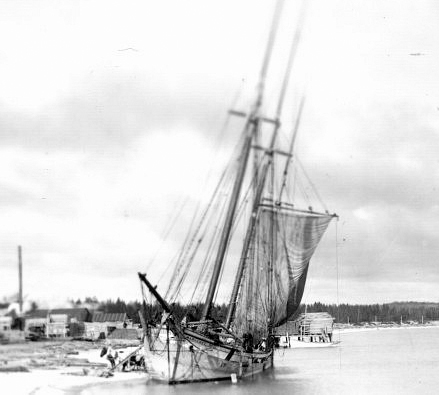 John Gregory of Chicago built a two-masted schooner for David Dall in 1867 named Margaret Dall (US No. 17746). She was launched out of Michigan City, IN. The specs for her were 112 feet long with a 25 foot beam and 8 foot draft. Her net weight was 167.51 tons. She was rebuilt in 1892 as a three-masted schooner

Chicago Tribune, May 22, 1883
THE MARGARET DALL DISMANTLED.
The fore-and-aft schooner Margaret Dall, of Chicago, arrived in port yesterday afternoon completely dismantled, and her jibboom and her headgear gone, which was not the result of yesterday’s gales, however, but of the heavy weather of the latter part of last week, and is the first serious disaster reported as occurring from last week’s storm. The Dall left Pierport on last Friday afternoon with a cargo of lumber for Chicago. A heavy southerly gale prevailed on the lake Saturday, and when the Dall was about fifteen miles off portage Lake, about 9 o’clock Saturday morning, she rolled her foremast out of her, it breaking off close to the deck and fell with a crash. She was carrying close-reefed canvas at the time. Five minutes later her mainmast fell, breaking off about fifteen feet from the deck. Luckily no one was hurt. The weather at the time was thick and nasty and there was considerable confusion on board. She lost he mainsail, both gaff topsails, jib topsail, main, boom, main gaff and fore gaff. She drifted to the north, and in boisterous weather and a heavy southerly sea all day Saturday and Sunday morning until 7 o’clock when off Point Betsey her signal of distress was discovered was discovered by the master of the propellor Potomac (US No. 19618), which had the schooner Annie Vought (US No. 1588) in tow, coal laden, bound for Sheboygan, and the Potomac headed for her. A line was given her from the schooner and she was towed until 11:45 Sunday night, when her windlass was pulled out when off Sheboygan and she was cast adrift, being ten miles off shore. She could not be recovered on account of the heavy seas. Capt. H. Lasen, however, soon had a scheme which more than probably kept the vessel off the beach, and brought her to this port. He has a staysail bent on the stump of the mainmast, which gave her steerage way and brought her safely into Milwaukee Bay shortly after noon, where she was picked up by the tug Welcome, towed into the harbor and landed her near the foot of Chicago street. Her crew crew had a terrible experience and were nearly worn out when they reached the harbor, having had no sleep since Thursday night.

Here she received a new foremast, main mast, jibboom and other repairs. The repairs cost $2,190.59. She was manned by her owner, Capt. Dall, the well-known vessel=owner who arrived here at a late hour last night to look after the vessel. She is valued at $6,000 and fully insured.

The Margaret Dall had attempted two Christmas Tree Ship runs during the turn of the century, although neither was under the leadership of Captain Schuenemann. The first was during the 1896 season which washed ashore near Glencoe, IL, with a load of Christmas Trees on 10 November. Her master was Charles Nelson. The second run was made in 1904 under the master of E. F. Ellifson. 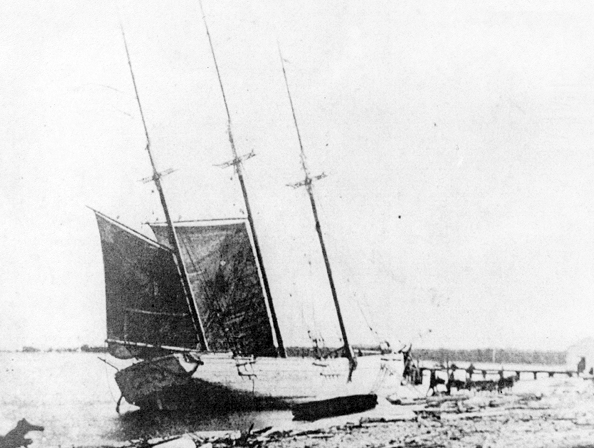 The Maggie Dall, as she was often referred to in the press, was heavily involved in the potato trade during the turn of the century. It was on one of her potato runs that a strong gale left her beached on South Manitou Island on 16 November 1906. The five person crew were able to walk ashore in the sand. She stood fast and was broken up by the heavy seas in just a few weeks. The Horace Taber (US No. 1123) was close by to the Dall during the storm, but escaped. 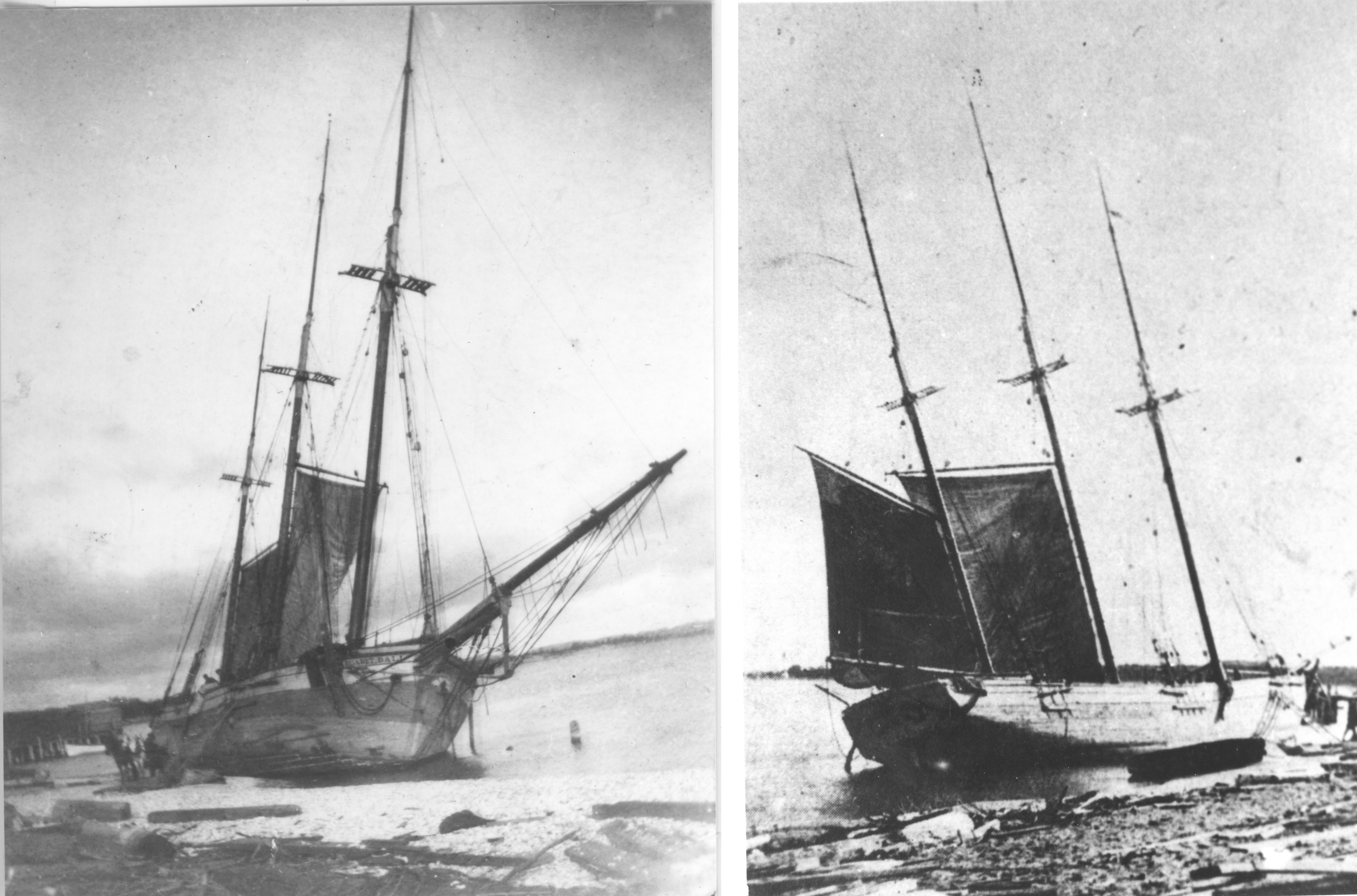