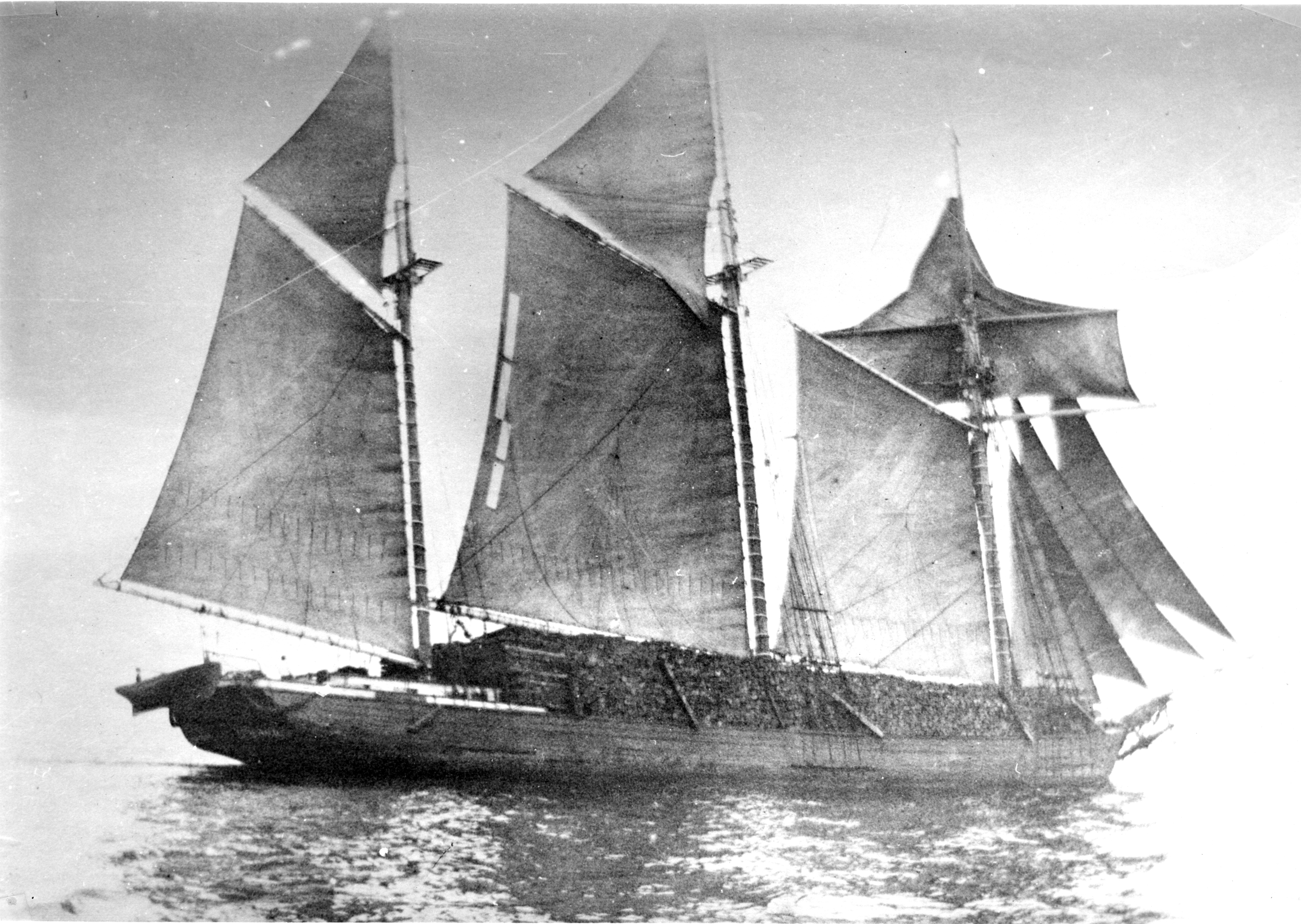 A Sheboygan correspondent writes that a fore-and-aft schooner of 200 was launched from the shipyard of Thayer & Gregory, at that place, on Saturday afternoon. She is owned by Ludington & Co., and Captain J. Sargison, who superintended her construction, and will sail her. The new vessel was christened the Bertha Barnes1 (US No. 2935). Inspector Bounos pronounces her frame the best he has seen put into a vessel. She is to ply between this city and Menominnee, in the lumber trade, and will be ready for business in a fortnight or three weeks.

At Sheboygan, Saturday afternoon, the schr. Bertha Barnes was launched. She was a fore-and-after of 330 tons and built for Messrs. Ludington & Co.

FIRST TRIPS.—The new schooner Mary Higgie and Bertha Barnes, both cleared for Menominnee, on Saturday last, on their maiden trips.

A new vessel, called the Bertha Barnes, belonging to the N. Ludington Co., arrived this week. She is said to be a beautiful model, handsomely finished, and carries 320 M of lumber.

She had three masts and was over 151 feet long, weighed 330 gross tons and usually had a crew of 6 with her. She was outfitted with steam boilers to hoist the sails. The schooner can hold 420,000 ft of lumber or 600 tons.

While heading from Chicago to Marinette, the Bertha Barnes was caught in a gale and grounded her near the Wind Point Lighthouse in April 1893. 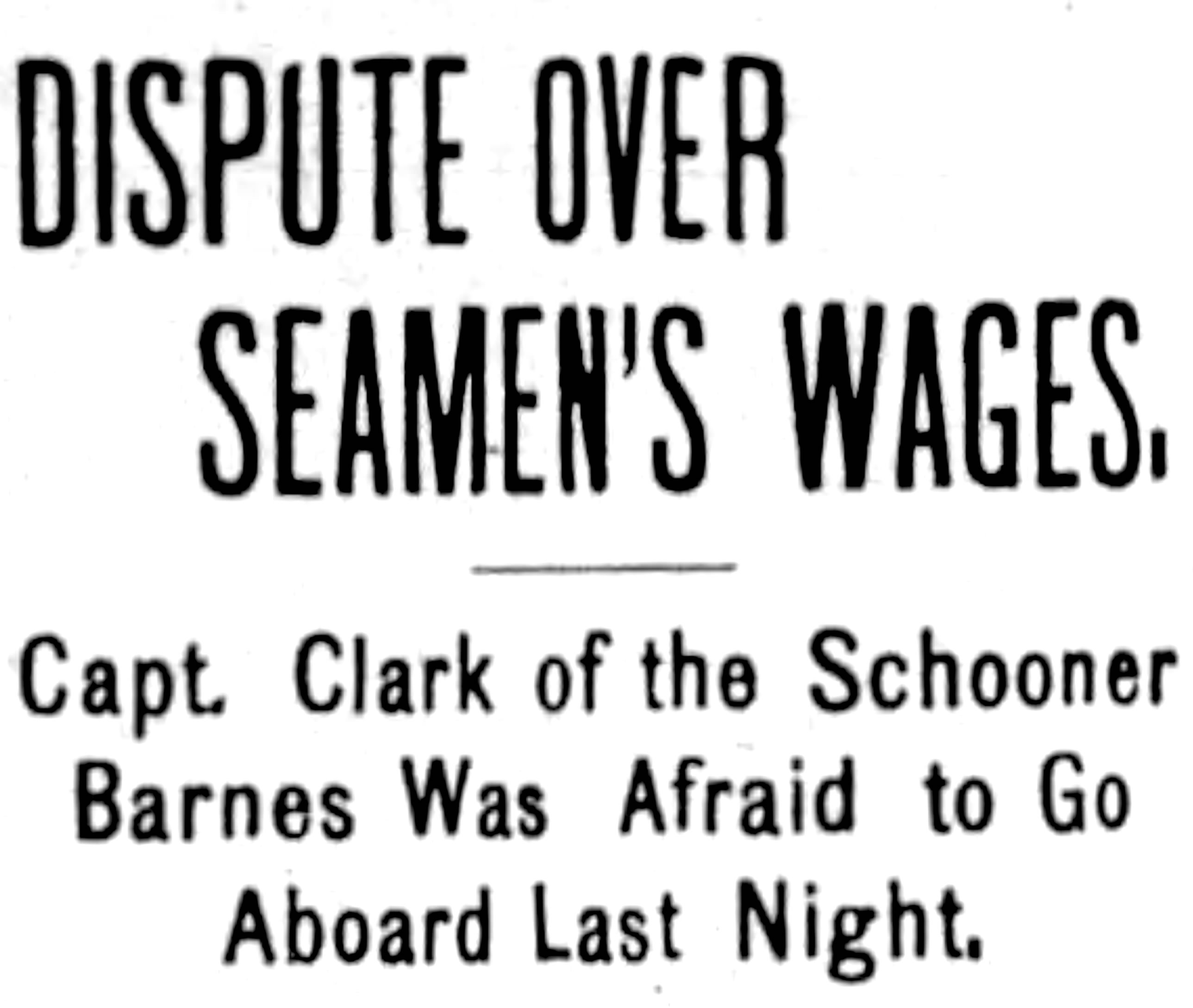 (Special Dispatch to the Evening News.)
NORTH TONAWANDA, July 12.—Capt. J. C. Clark of the schooner Bertha Barnes, which arrived here yesterday with a cargo of lumber, having experienced trouble with his crew over the pay upon arrving at this port, spent their night at a local hotel, fearing for his life if he slept on the boat.

He claims that the crew threatened his life yesterday. This morning he secured a policeman and went aboard. He found that his trunk had been broken open during the night and $10 in money and other valuables stolen.

One of the crew accepted his pay in accordance with the captain’s views, but the other sailors decided, after consultation with Secretary Lester of the local Seamen’s Union this morning, to secure a United States marshal and tie the Barnes up until they have each been paid for 24 days’ work, if possible. 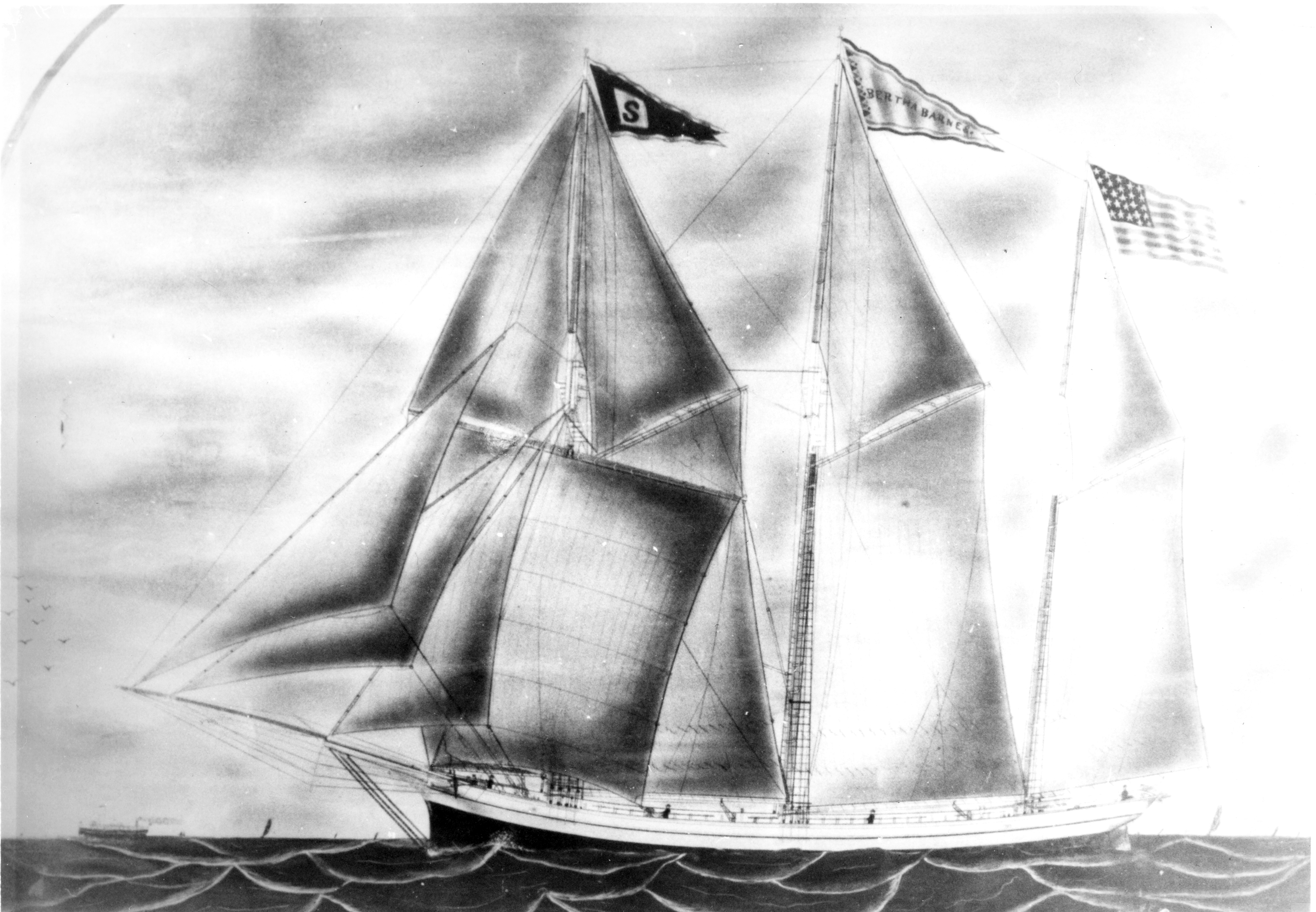 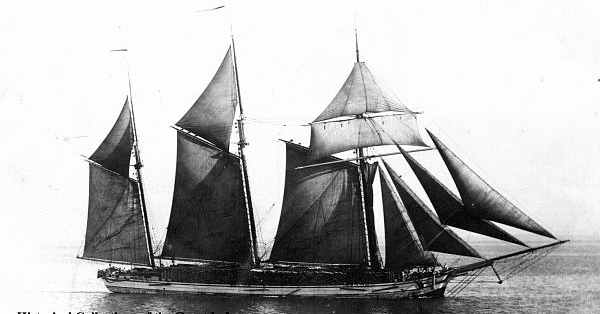 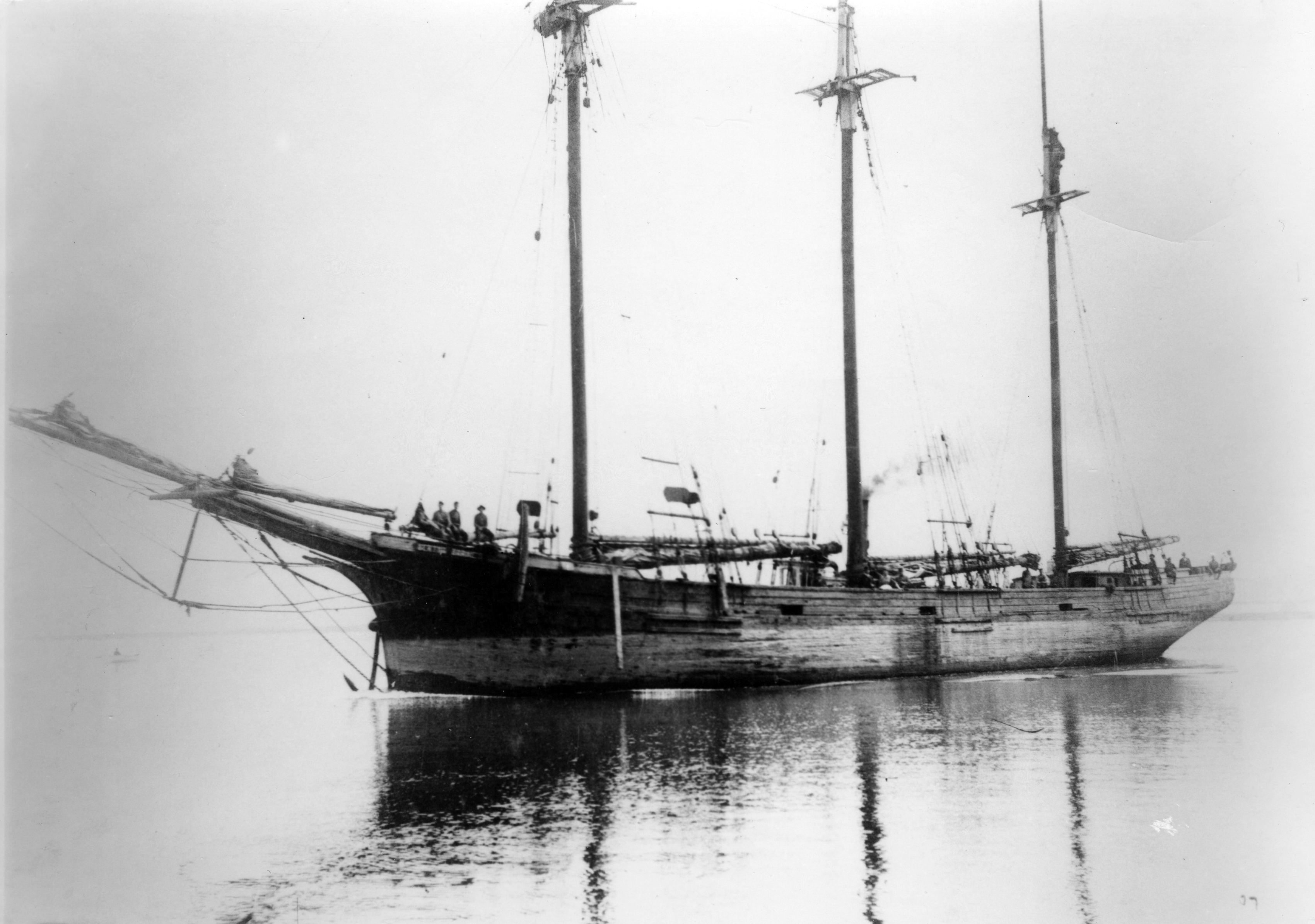 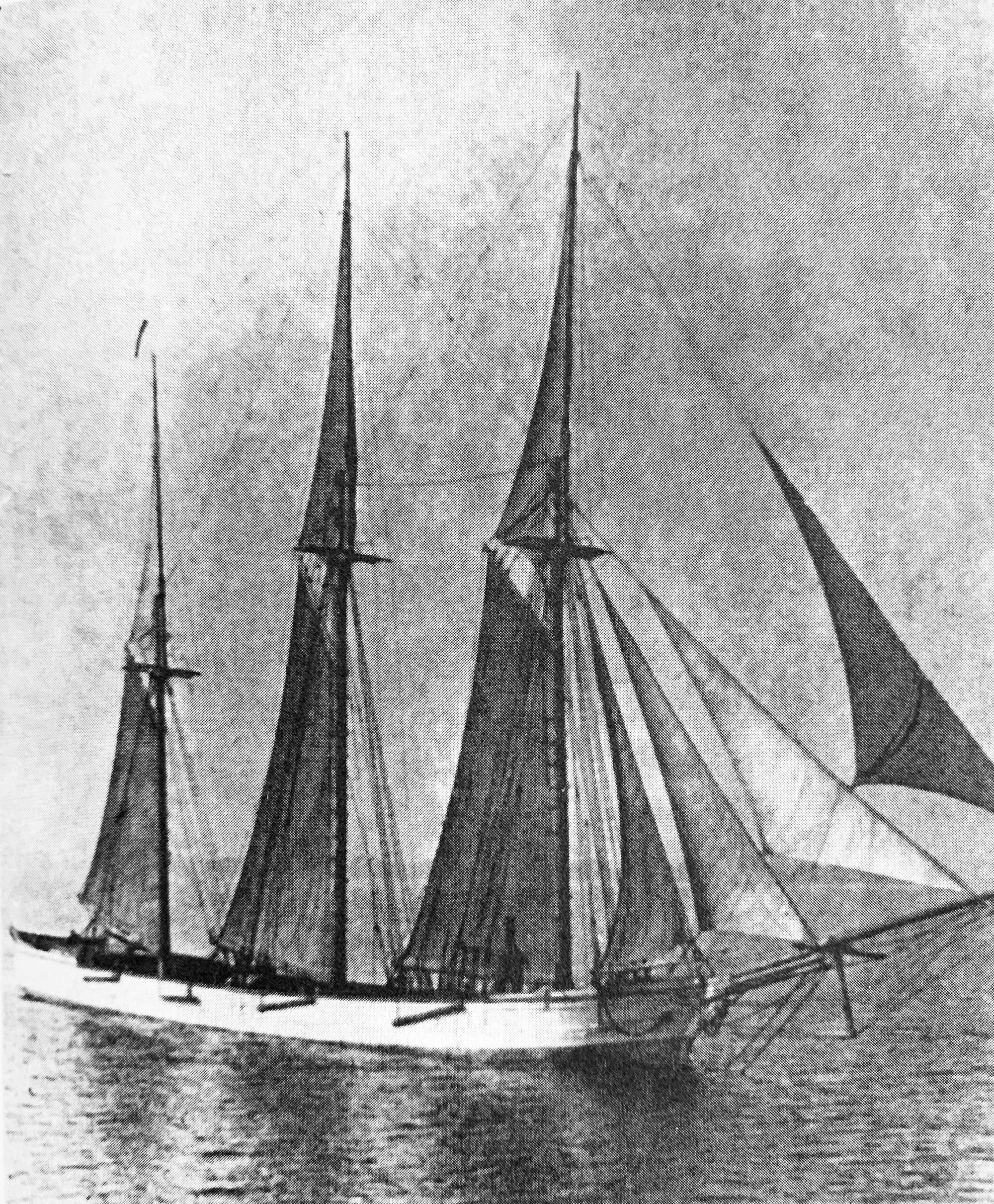 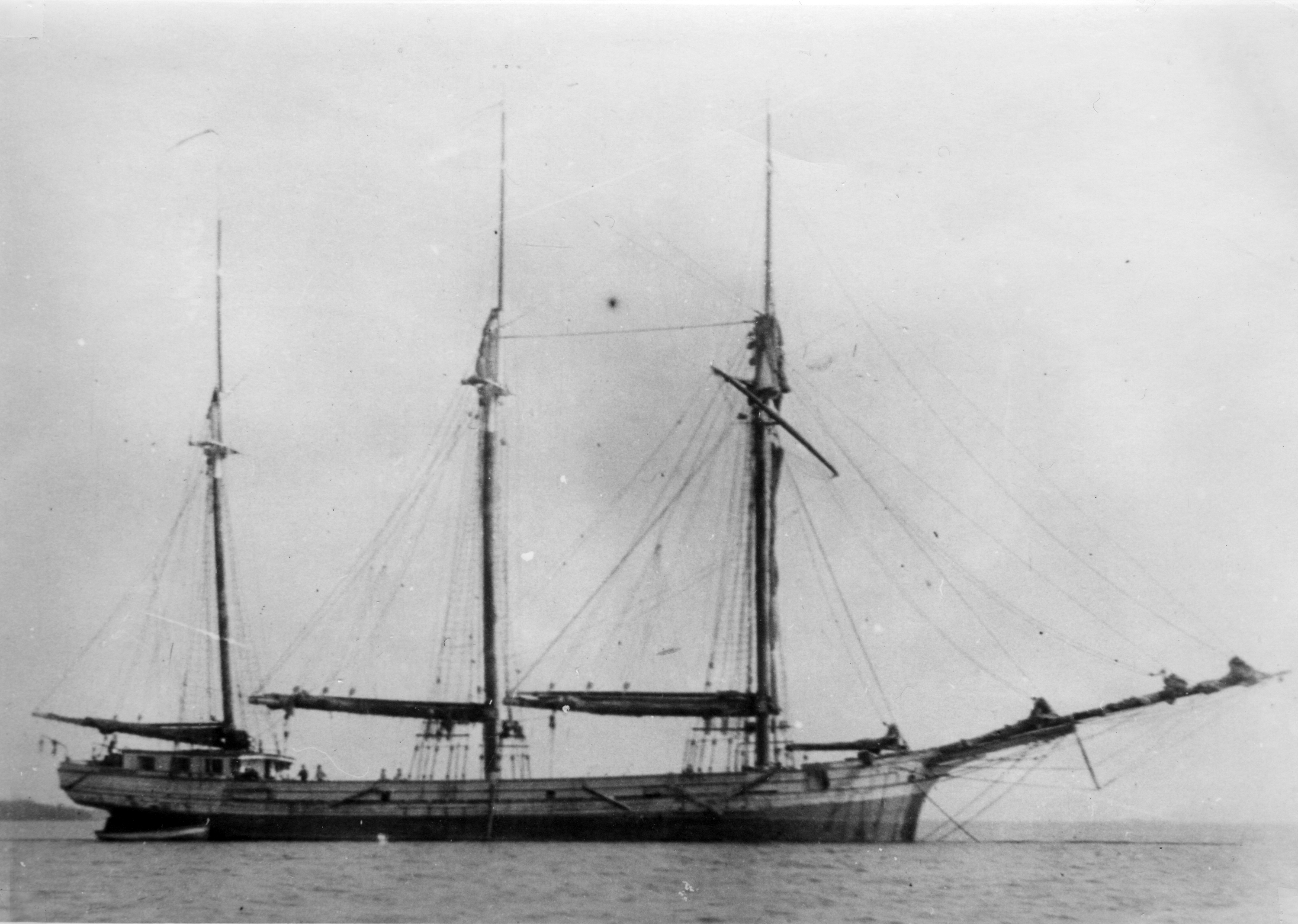 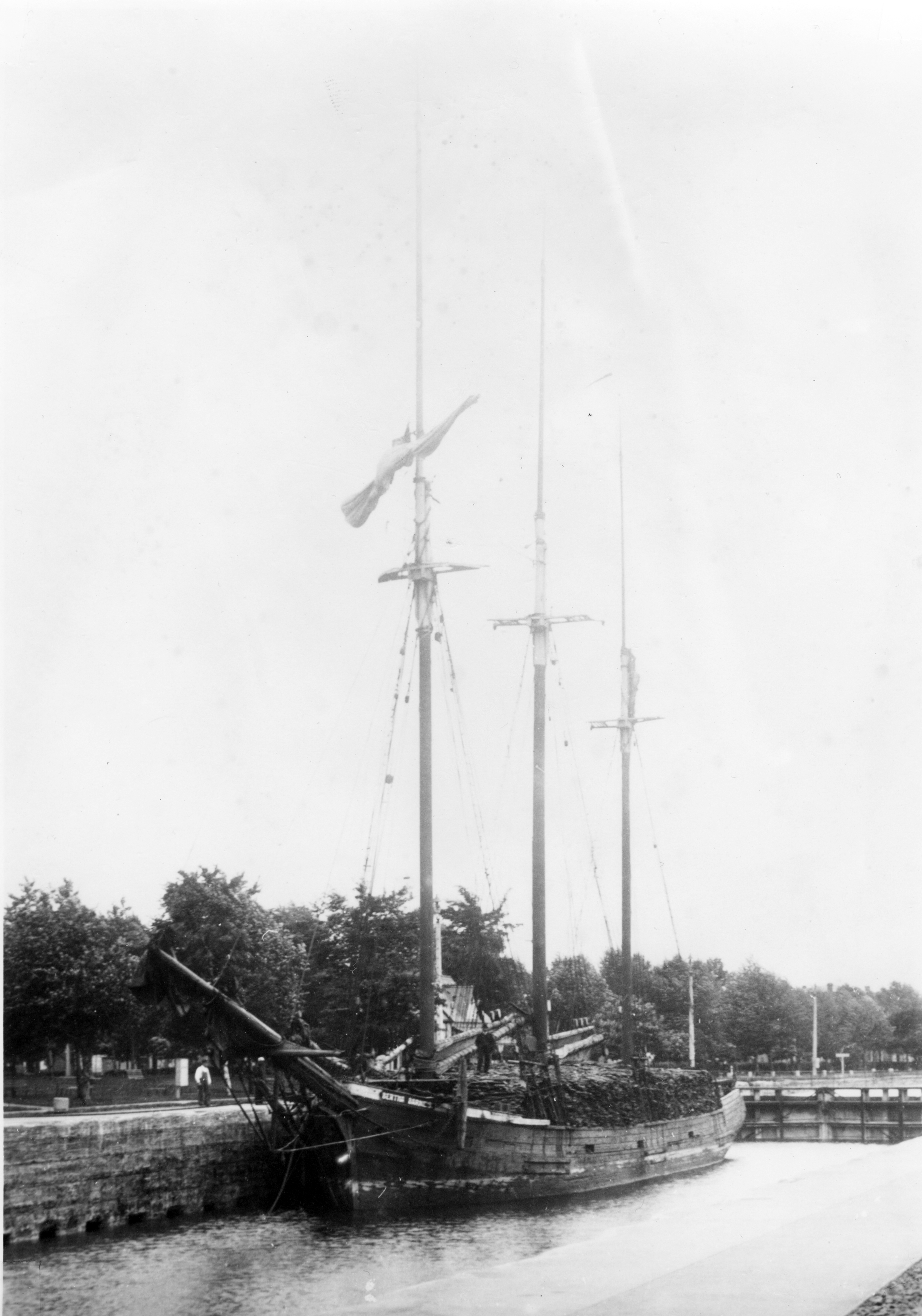 Bertha Barnes at the Soo Locks
1907

The Bertha Barnes was one of several vessels that Captain Herman E. Schuenemann used for his famous annual Christmas Tree runs. Every year from 1886 to the fateful last in 1912 Captain Schuenemann made the dangerous late November run from the Upper Peninsula to Chicago in order to sell Christmas trees along a Chicago River dock.

In 1909 Captain Schuenemann chartered the Bertha Barnes for this season’s run. He was using the Wrenn. 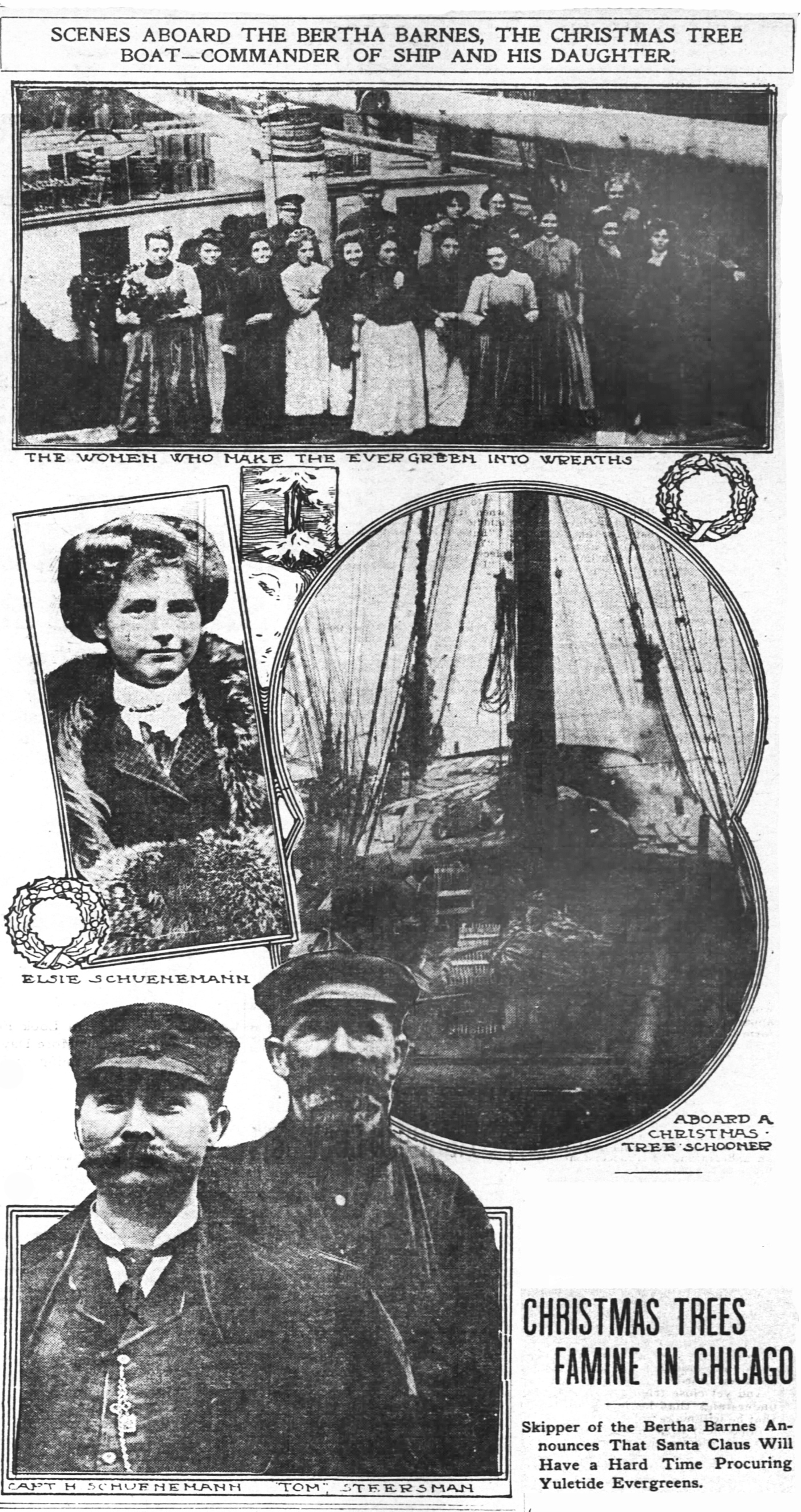 “Christmas trees are going to be high this year,” observed Captain Schuenemann as he stood on the bridge of the schooner Bertha Barnes yesterday and filled the bowl of his pipe with tobacco that he had been rolling in the palm of his hand.

“This is the twenty-third trip I’ve made up into pine country for Christmas trees, and it’s about the slimmest cargo I ever brought away. Many a poor little kiddo in Chicago will have to go without his Christmas tree this year because his Santa Claus won’t have the price to buy one.

Only 15,000 Christmas Trees.
“Why, I’ve only got about 15,000 trees on the whole ship, and you know, of course, the Chicago market depends pretty much on my supply.

“It’s the bad weather that’s to blame. Trees were ice crusted and half bare. Also made it hard for the choppers and Indians. The Indian women, you know, depend on the Christmas trees for their pin money for the whole year.

“Here, you little girls, climb off that cabin or you might fall into the water! Santa Claus won’t bring you any presents if you fall into the water.” The captain paused in his soliloquies to attend to half a dozen curious little schoolgirls who had come down to the Clark street bridge to see the Christmas boat and its burden of trees. 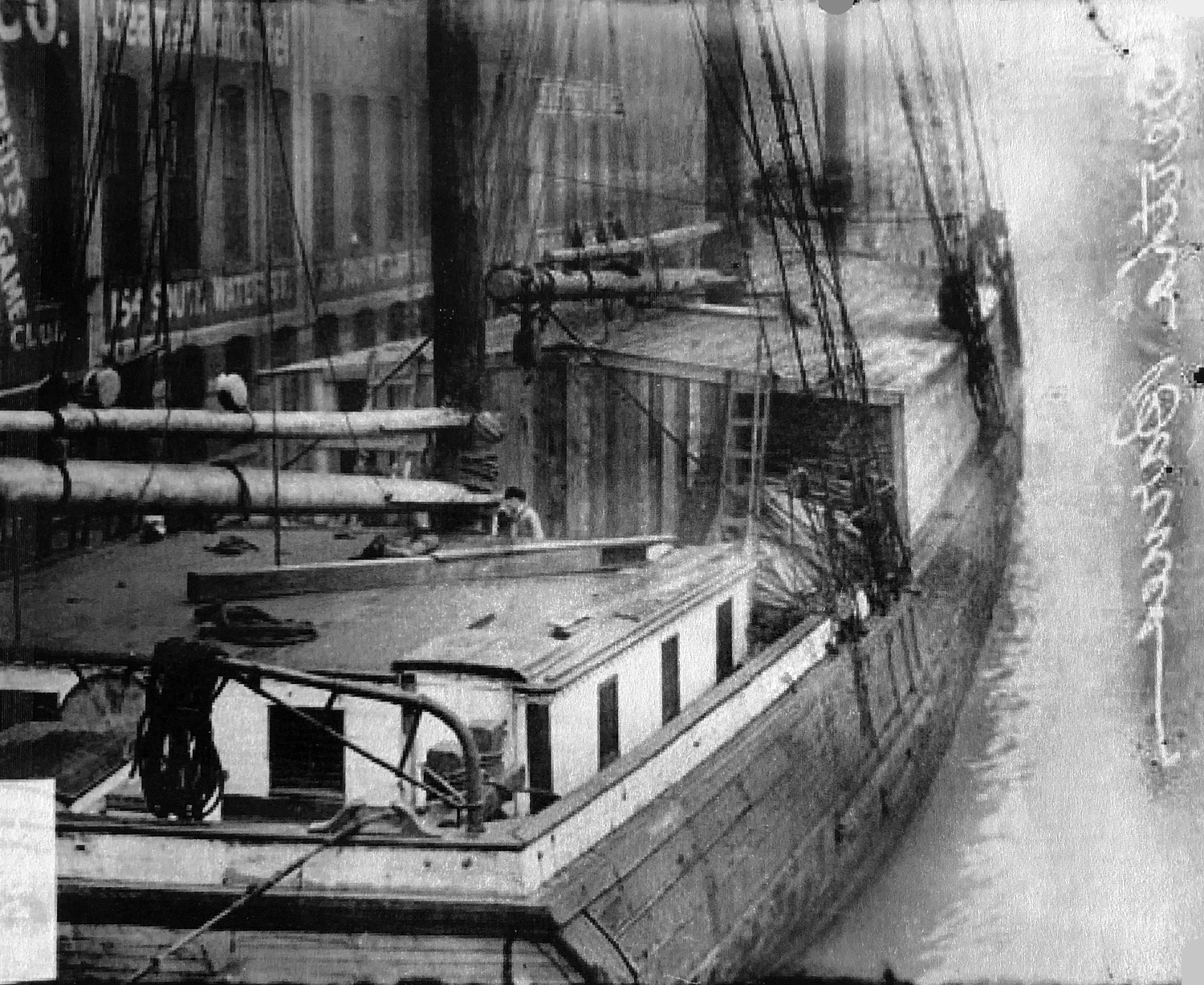 Children Vist Boat.
“I guess the kids are the gladdest of anybody to see us come pulling into the river every December, “he continued, when he saw the little girls were safe again within the rail of the bridge when she swings open for us, and they wave their hands and cheer, and we cheer back. Some of them think we are actually coming from the north pole.

“Say, I’m wondering if our poor luck in getting trees this year hasn’t something to do with our changing boats. We’re on the Bertha Barnes this year. It’s the first time she ever had this honor and she acts as if she’s mighty proud of it. But I can’t help feeling a mite sorry for the (George L.) Wrenn. I took the Wrenn up there for the past twenty-two years.”

Cheers for Jolly Old Skipper.
“Last year she nearly chucked the captain and his crew into Davy Jones’ Locker, so we had to get a new boat. That’s her, back to stern of us—bare decks and weather beaten. Looks kind of heartbroken at her rival, doesn’t she. Well, here come the women. Ahoy, ladies!”

The captain beamed his broadest smile as half a hundred girls and women came out of the cabin where they had been twining and weaving wreaths.

“Hooray for Captain Schuenemann!” shouted some of the women as they waved their handkerchiefs at the jolly old skipper who resembles Santa Claus.

The following season, Capt. Schuenemann bought 1/8 interest in the ship Rousse Simmons (US No. 110087). The popular captain and his crew perished in a storm on the Rousse Simmons during the 1912 run. 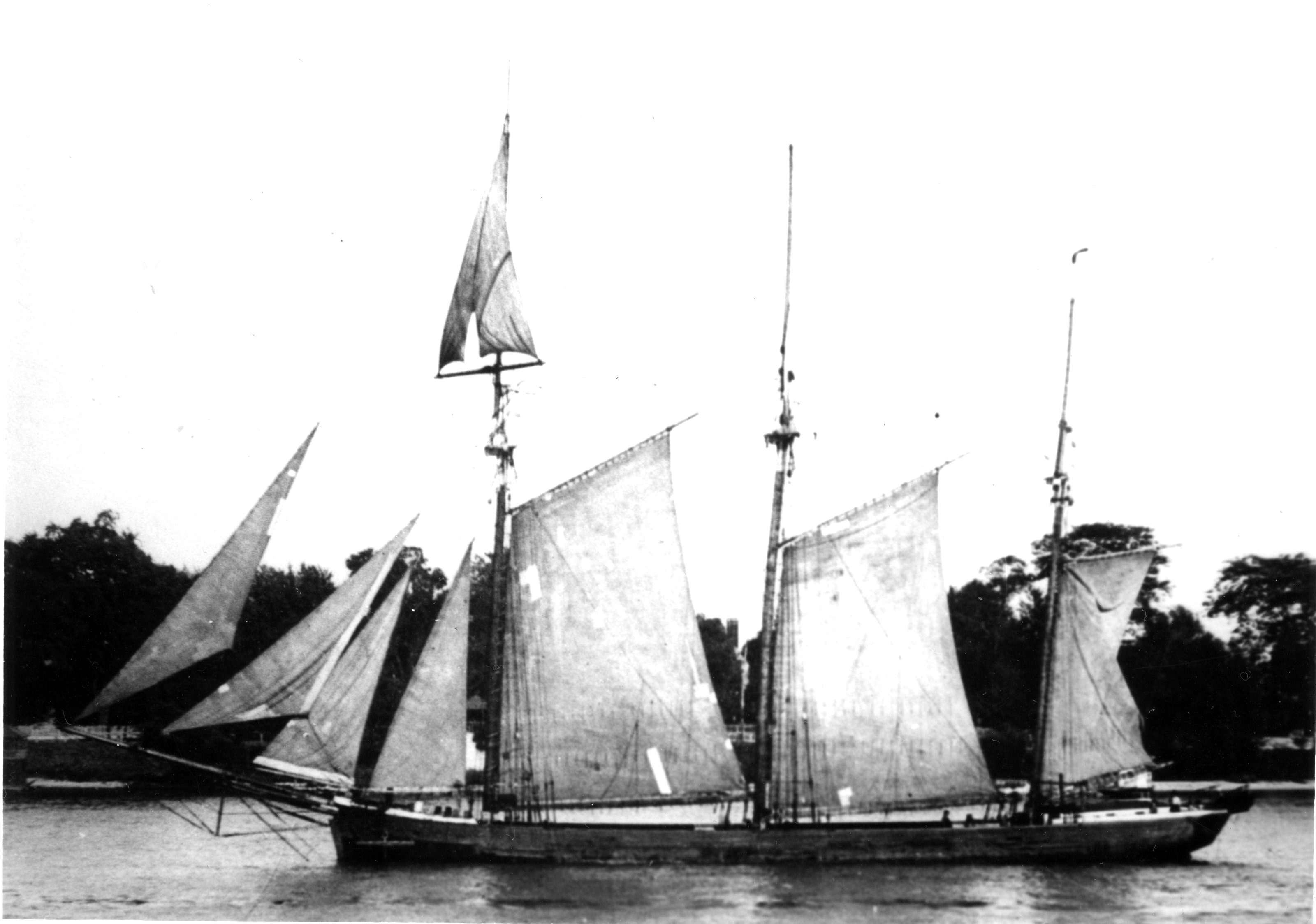 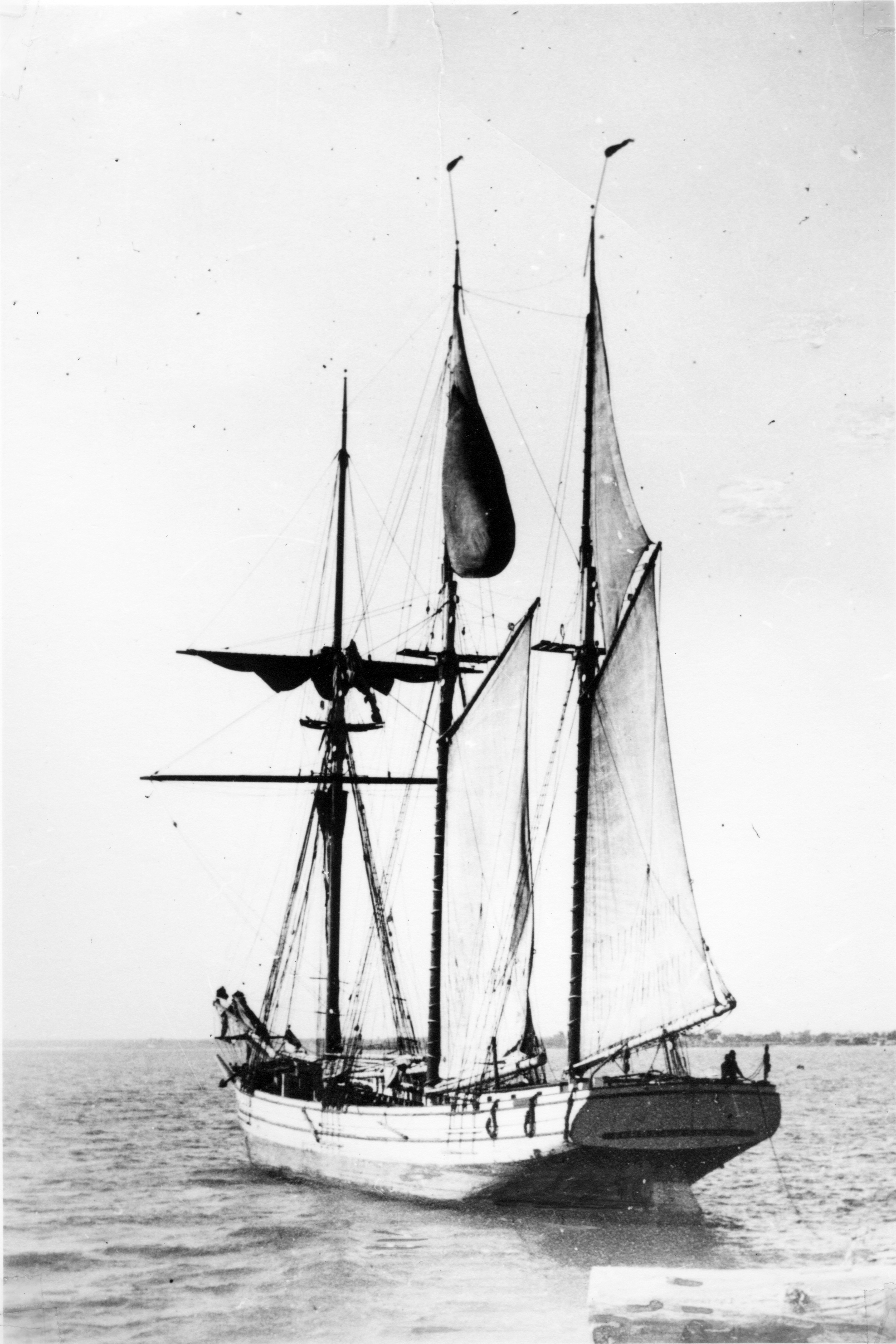 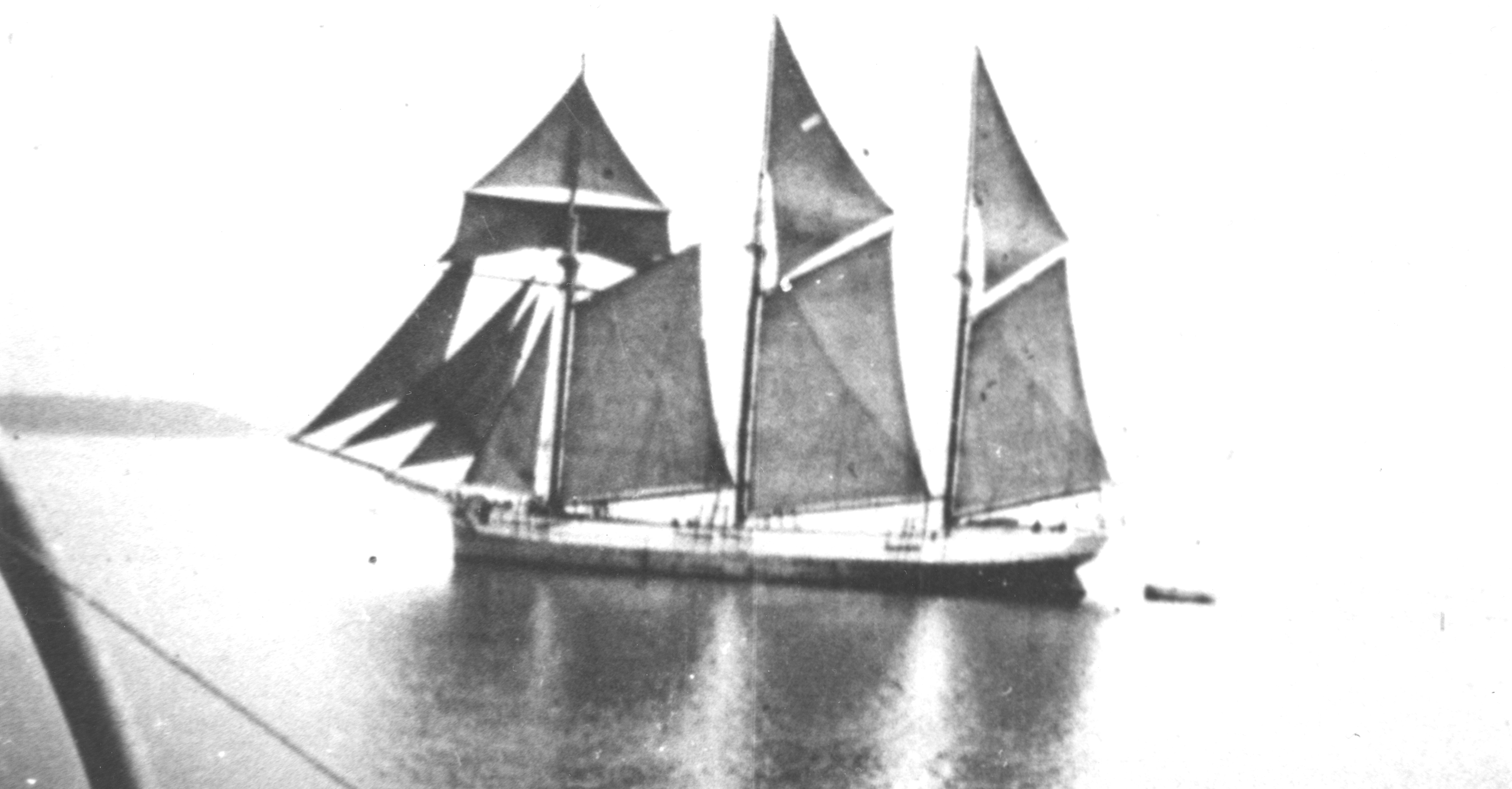 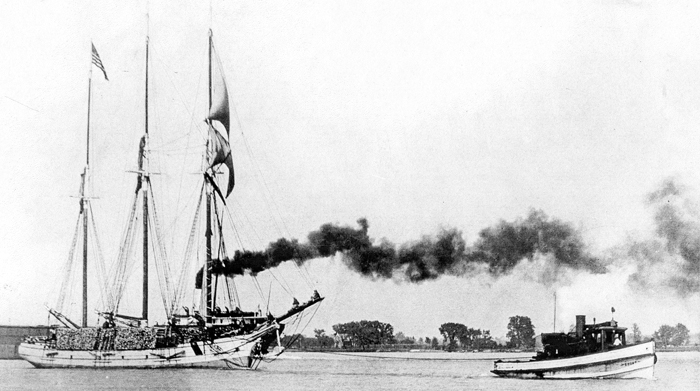 Winand Schlosser of Milwaukee, Wisconsin sold the W. D. Hossack on 1 June 1916 to Mobile and Bermuda S. S. Company. The schooner was used in the lumber trade out of Mobile, Alabama and later to Pensacola, Florida. 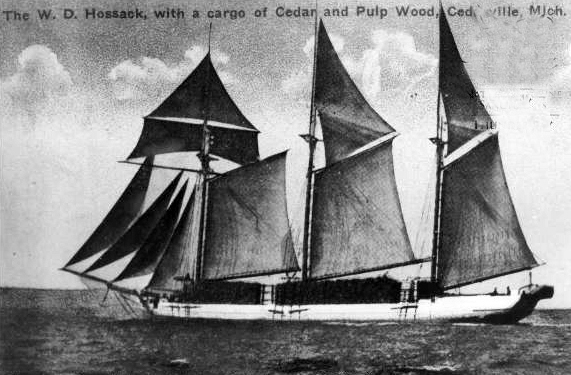 W. D. Hossack with a cargo of Cedar and Pulp Wood
Cedarville, Michigan
1915

On 4 August 1920, she foundered off the Isla de Pinos (Isle of Pines), which was renamed Isla de la Juventud (Isle of Youth) in 1978, located just south of Cuba. There were nine aboard at the time, but no lives were lost.

About 200 shipwrecks have been reported in the Archipiélago de los Canarreos which is comprised of about 350 isles and form the municipality of Isla de la Juventud. 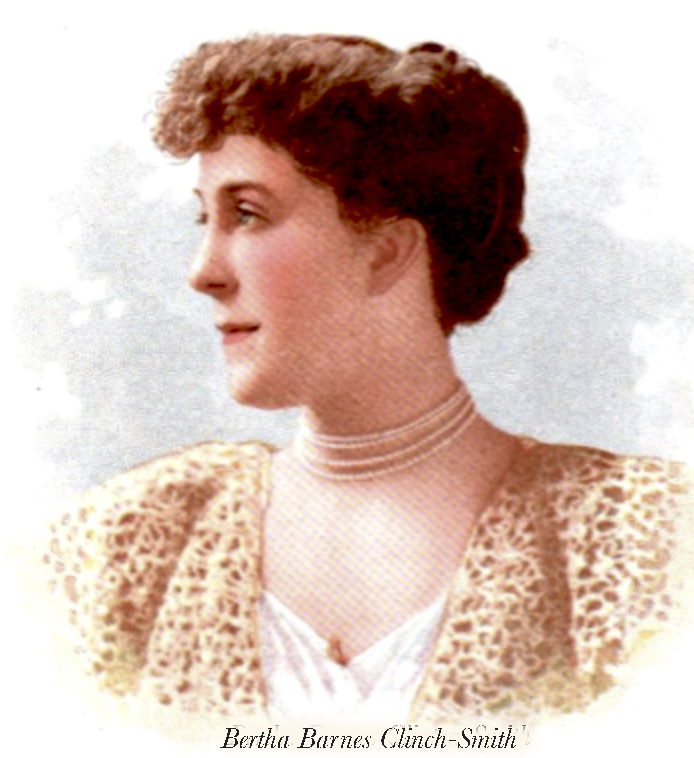 1 Mary Ludington (1847-1922) was born in Milwaukee, she moved to Chicago with her parents Nelson and Charlotte Van Alstine Ludington as a girl and there she married Charles Barnes in 1868 in an elaborate wedding celebration. They had two children: Bertha (1869–1913) and Nelson.

Bertha Barnes Clinton-Smith were separated for a while, but reconciled their marriage in 1912. Her husband, Mr. James Clinch-Smith was living in Europe and was to return to New York and be reunited with his wife. Unfortunately, he chose the Titanic.