Dalton Stevens’ cover for this January 1931 issue of True Detective looks a bit like a horror illustration, but it’s actually supposed to represent Robert E. Burns, who in 1922 helped rob a Georgia grocery, earned himself 6 to 10 at hard labor, but escaped and made his way to Chicago, where he adopted a new identity and rose to success as a magazine editor for the Greater Chicago Magazine. The offices were at 53 W. Jackson Blvd.

Years later, when he tried to divorce the woman he had married, she betrayed him to Georgia authorities on 22 May 1929, and what followed was a legal battle between Georgia courts and Chicago civic leaders, with the former wanting Burns extradited, and the latter citing his standing in the community and calling for his pardon. Burns eventually went back to Georgia voluntarily to serve what he had been assured would be a few months in jail, but which turned into more hard time on a chain gang. 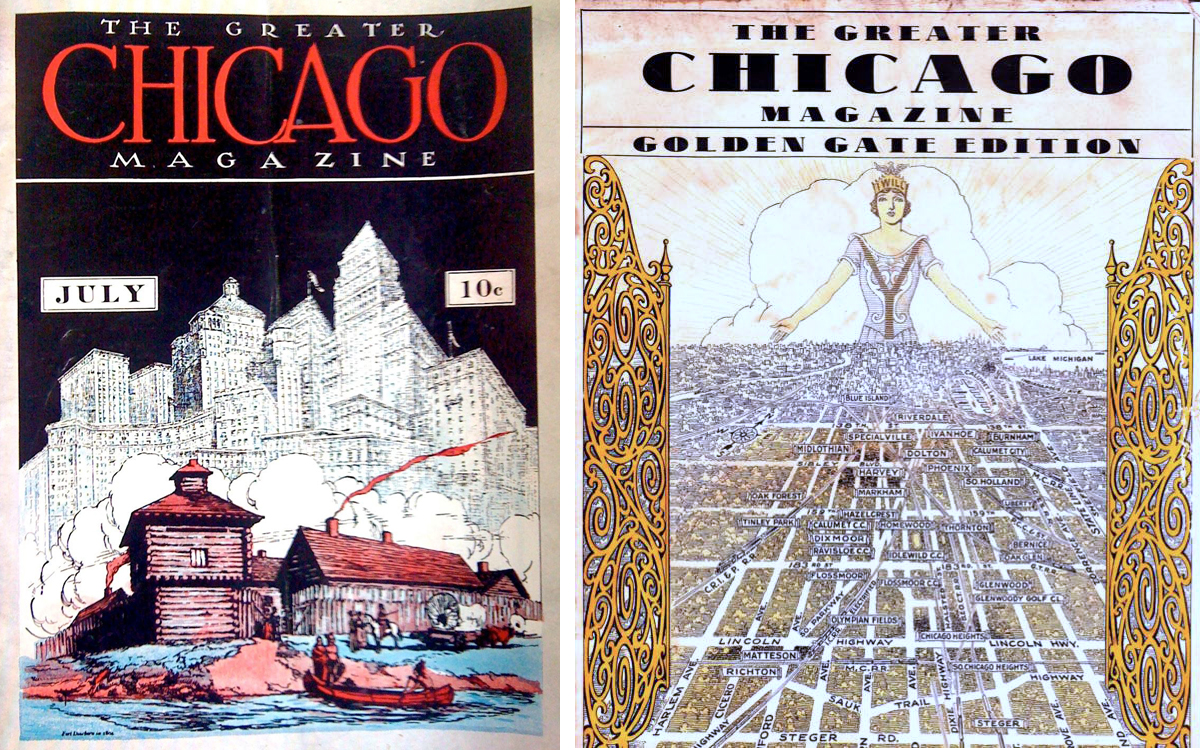 Angered and disillusioned, Burns escaped again, and this time wrote a book from hiding, which True Detective excerpts in the January 1931 issue and several others. This was a real scoop for the magazine—it was the first to publish Burns’ harrowing tale. The story generated quite a bit of attention, and Vanguard Press picked it up and published it as I Am a Fugitive from the Georgia Chain Gang, which led directly to Warner Brothers adapting the tale into a hit 1932 motion picture starring Paul Muni. The movie differed somewhat from the book, of course, which differed somewhat from reality (Burns himself admitted this later), but his account cast a withering light on the chain gang system. The exposure helped chain gang opponents, who claimed—with some veracity—that the practice was immoral because it originated with the South’s need to replace its slave labor after defeat in the U.S. Civil War. 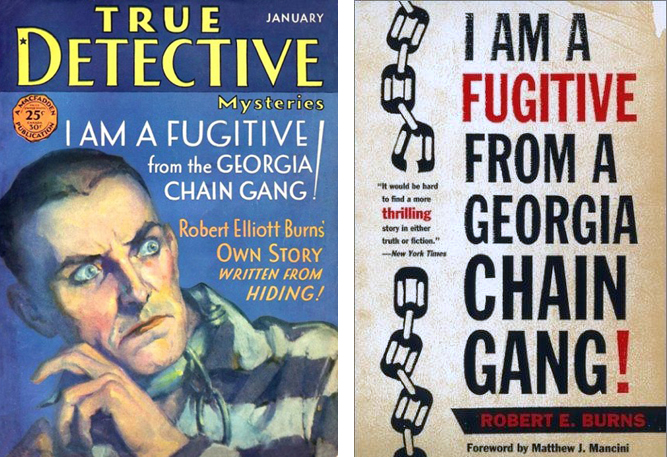 Burns continued to live life on the run, but was eventually arrested again, this time in New Jersey as a tax consultant. However, the governor of the state refused to extradite him. The standoff meant Burns was, in practical terms, a free man. That practical freedom was made official in 1945 when he was finally pardoned in Georgia, and his literary indictment of the chain gang system helped bring about its demise. Well, sort of—it returned to the South in 1995, was quickly discontinued after legal challenges, but may yet be reintroduced as politicians push for more and more extreme punishments to bolster their tough-on-crime credentials.