The most splendid spectacular feature of the World’s Columbian Exposition, held in Chicago in 1893, and the one which doubtless will remain longest in the memory of every visitor, was the magnificent Court of Honor. Artists, sculptors, architects, and landscape gardeners vied with one another to make it the most beautiful and memorable picture of the great World’s Fair, and they succeeded beyond their expectations. The central feature of the Court was the Grand Basin, a shimmering lake over whose surface gondolas and electric launches moved constantly, by night under the shifting beams of mammoth electric searchlights playing on the basin from the roofs of the surrounding buildings. These were the most imposing architectural triumphs of the Exposition the Administration, Manufactures, Mining, Electricity, Agricultural, and Machinery buildings. At the eastern end of the Grand Basin stood the famed statue of the Republic, an heroic female figure more than fifty feet in height, covered with gold leaf, which shone under the summer sun in marked contrast with the white buildings around the basin and the Peristyle immediately behind the statue. 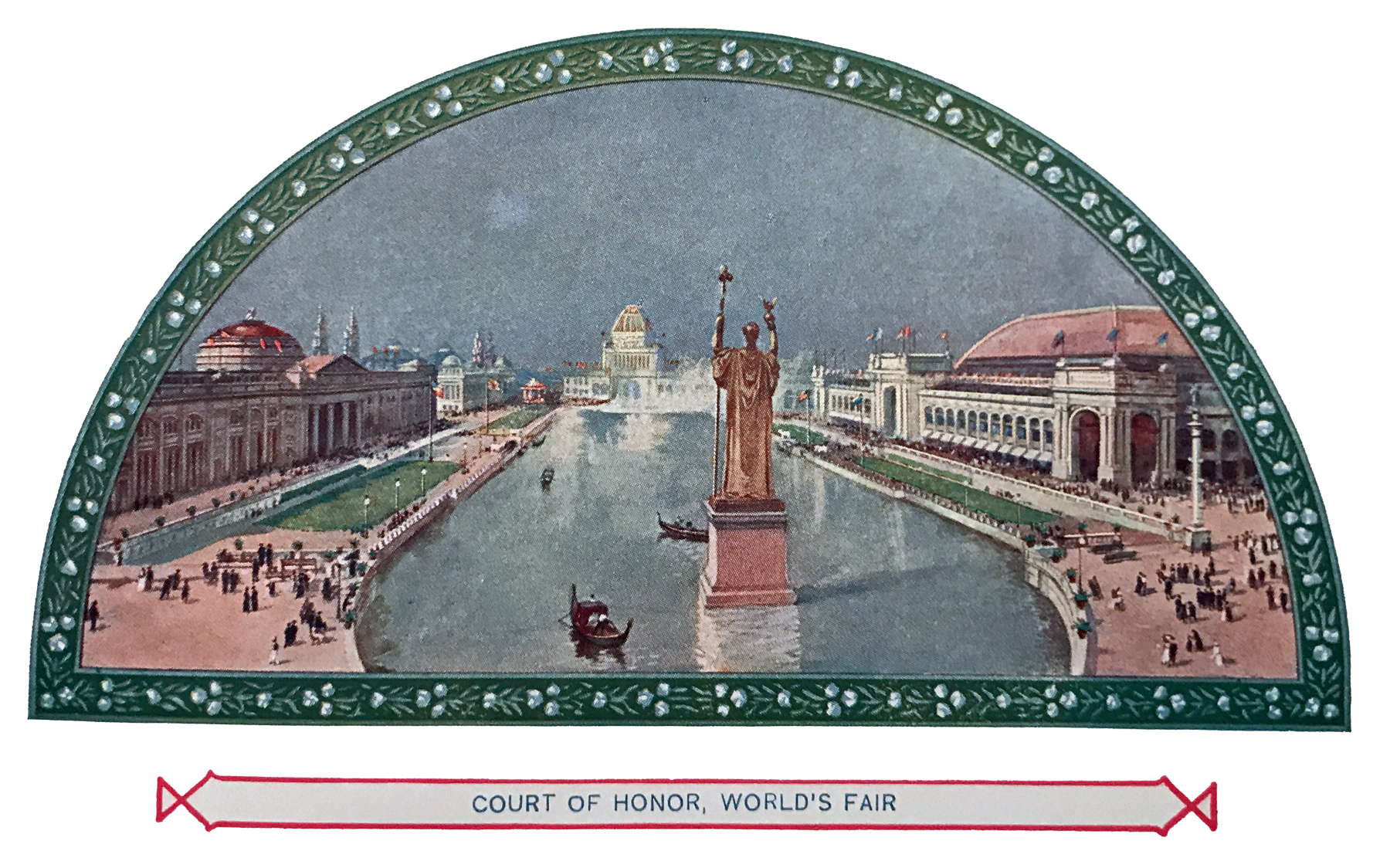 At the opposite end of the Grand Basin, and facing the splendid statue of the Republic, was M’Monnies’ Fountain, a magnificent sculptured group, representing a dashing quartette of horses drawing Progress forward in her car. Below it a fountain leaped and tumbled into the still waters of the basin, and when at night the great searchlights played upon the fountain, it seemed in truth as though the fiery chargers were about to leap from the pedestal into the flood beneath. The basin was surrounded by a broad promenade and railing, and this proved one of the most popular walks in the great Exposition grounds. At every hour of the day and night it was crowded with sightseers, drinking in the beauties of the spectacle. Every evening, at sunset, the Angelus sounded softly from the chimes in the tower of Machinery Hall, and then the setting of the picture was complete for the happy thousands who lingered to look and listen once again.