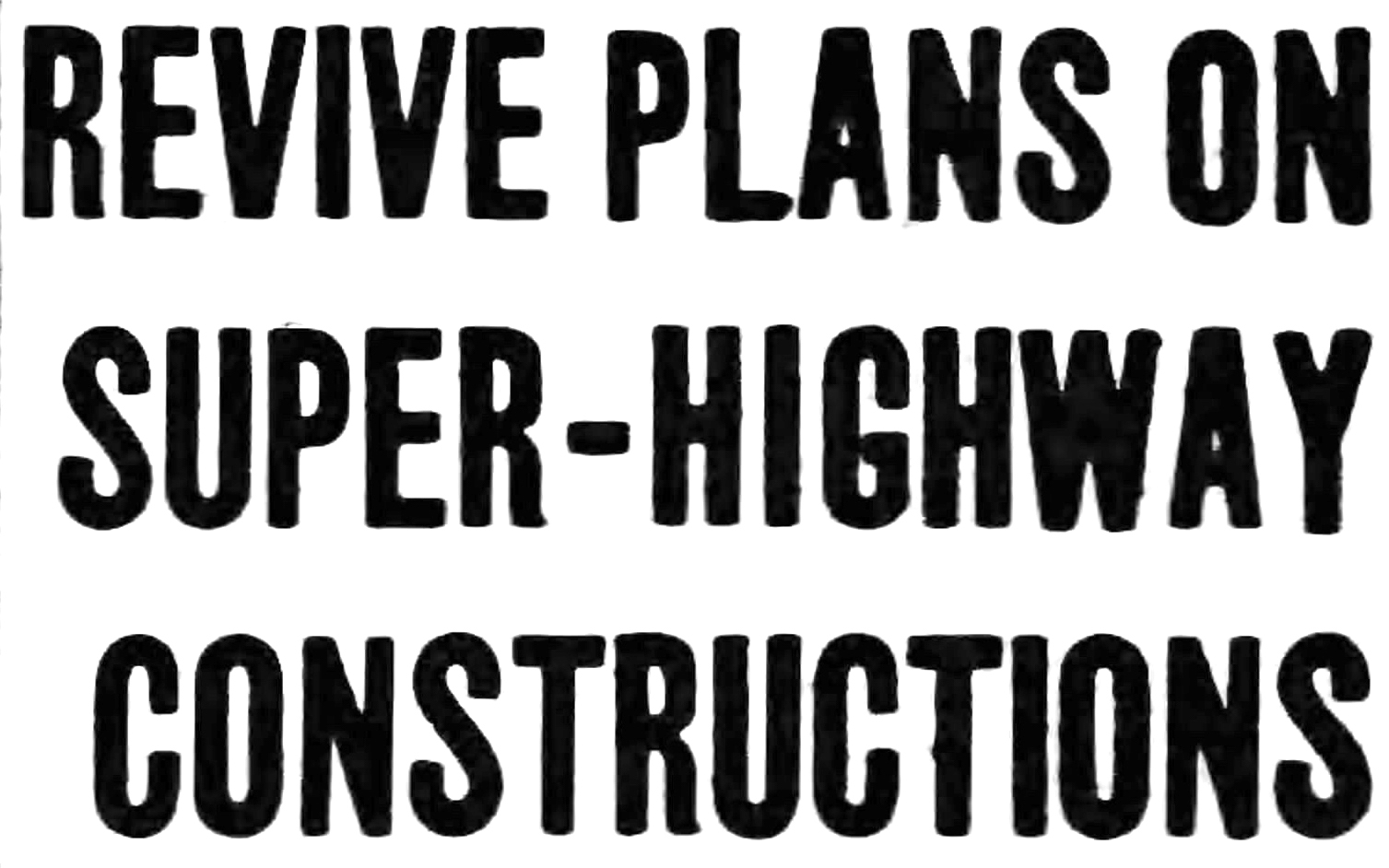 Dormant for more than two years, plans for early construction of the southwest superhighway have been revived by Gov. Green on the strength of advices that congress will take favorable action soon on resolutions authorizing the state to use the abandoned Illinois-Michigan canal for highway and park development.

The canal bed offers a right of way as far east as Ashland av., virtually free from obstructions aside from a few squatters’ shacks, and a number of railroad and industrial improvements regarded by the state encroachers.

Two Mile Section Designed.
A two mile section of the expressway, from Cicero to Kedzie av., has been designed by the county highway department. Plans for the route east of Kedzie av. will have to be prepared. Gov. Green has committed the state to splitting the cost of the project with the county and city, giving it first priority on the super highway program because of its importance to the airport and the practically ready-made right of way.

Time killing condemnation proceedings will be required to secure land for the northwest, west and south expressways. Land now is being secured for the west and northwest routes. 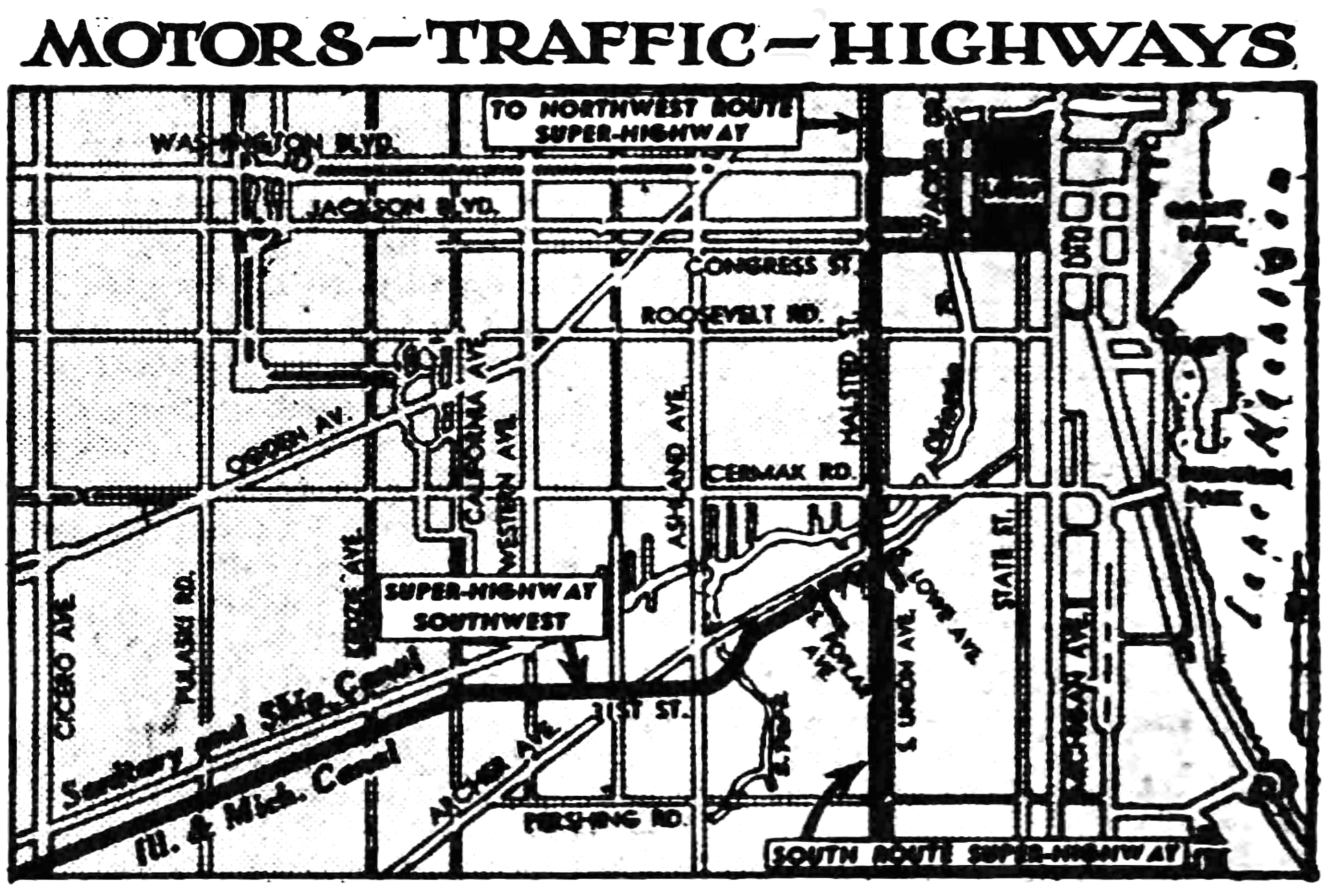 Route of the southwest super-highway, utilizing the bed of the abandoned Illinois-Michigan canal, as tentatively planned by the highway departments of the state, city, and county. It will serve the Chicago airport at 63d st. and Cicero av. and the southwestern suburbs, connecting with highway 66 in the vicinity of McCook.

Not All Routs Definite.
No recent estimate of the cost of the route has been made. The line of the route at its east end has been roughly determined, but has not been made definite. Running east, the proposed route leaves the I. and M. canal at 31st st., goes east to cross Archer av., and skirts Archer av. to the south until making a connection with the south superhighway.