Cyrus Bradley was Chicago’s first police chief on May 26, 1855. He created the first Detective Division and introduced a Department motto: “At danger’s call, we’ll promptly fly; and bravely do or bravely die.” In 1861, he was appointed as Police Superintendent. In 1860, 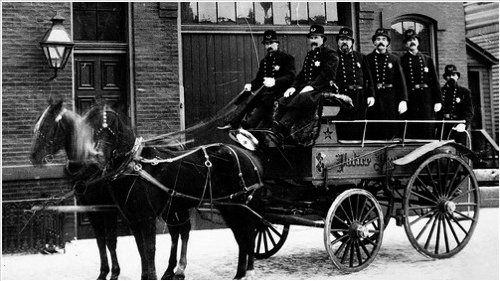 The horse-drawn patrol wagon made its debut in 1881.

In 1888, Chicago is the first U.S. city to adopt the Bertillon system of identification. Alphonse Bertillon, a French criminologist, applies techniques of human body measurement used in anthropological classification to the identification of criminals. His system remains in vogue in North America and Europe until it is replaced at the turn of the century by the fingerprint method of identification.

In 1891, Marie Owen was the first woman to be employed by a police department. The Chicago City Council grants her the title and pay of Patrolman. “Policewomen” were formally appointed beginning in 1913, to work with women and children.

Created to provide crowd control, the mounted unit was established in 1906 consisted of 40 men. It was disbanded in 1948, but re-established by popular demand in 1974.

The Department becomes motorized with the introduction of three squad cars in 1908. The police cars shown above were from 1910 and were Ford Model T’s. 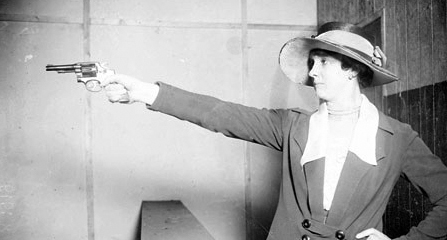 Police woman Alice Clements, one of ten women appointed to the Chicago Police Department on Aug. 5, 1913. Ms. Clement was eventually promoted to be the first female detective in Chicago and possibly the country.

During 1918, Grace Wilson, was the not only the first black female officer in Chicago, but according to an 1918 article in The Defender, was the first black female officer in United States history. In 1916, when three of the twenty-seven women who had passed the exam for the police force were African American, only Grace Wilson found her way onto the force. 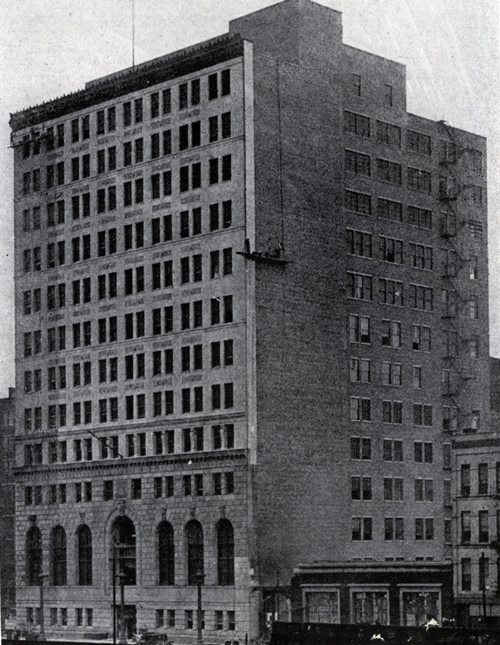 A very rare photo of the famous Chicago Police building at 11th and State, taken just after its 1928 completion.

The 8th floor of the 1928 police headquarters building, long held the offices of the Film Review Board, which was charged with reviewing all movies for pornography. The movies were stored in a vault and viewed in a projection room equipped with thick insulation “so no one could hear the huffing and puffing from the dirty movies,” said Cmdr. John Kennedy, who oversees the Bomb and Arson unit and has worked at police headquarters since 1979.

In 1976, the building’s good-natured lobby guard, Officer Arnold Stickles, was hailed as a hero after he spotted a bomb in a garbage container outside 11th and State and evacuated the area moments before it exploded.

The veracity of other stories is harder to prove. Is there any truth to rumors that detectives in the old narcotics unit on the 13th floor dangled suspects out the window to sweat out confessions?

The investigation of the “Saint Valentine’s Day Massacre” in 1929 resulted in the creation of the nation’s first crime laboratory, located at Northwestern University. The Chicago Police Department purchased the crime lab in 1938 for $25,000. 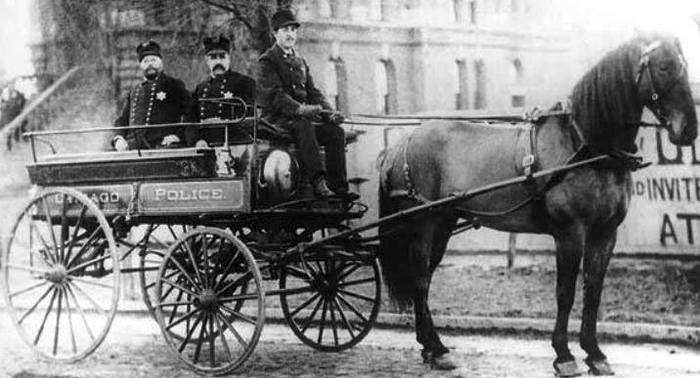