Personnel of the Detective Bureau Zone Squads at inspection. Figures from right to left are Matthew Zimmer. Deputy Superintendent of Police in charge of the Bureau of Criminal Investigation; William H. Schoemaker. Chief of Detectives and John Stege, Captain of Detectives

Zone Squad Cars of the Chicago Police Department lined up for inspection in front of the Field Museum of Natural History in Grant Park.

In December, 1923, seventeen zone squads were created and Wm. H. Schoemaker, appointed as Temporary Captain of Police, placed in charge. Each of these zone squads was assigned to two police districts of the city and as equipment, was provided with a shot gun. The number of men was increased to approximately 475. In the summer of 1924 three more squads were organized for zone work and one squad for taxicab work and the manpower brought up to 525 men. Each souad was provided with two regulation shot guns, a set of torches for illuminating purposes at night—tear bombs and flash lights.

On May 28, 1926. ten additional zone souads were organized making a total of 30 squads and increasing the total number of men at the Detective Bureau to 675.

At present every car operated as a zone souad car is a high powered Cadillac car kept in good condition. The Citv is divided into zones and a squad assigned to each zone for each eight hours tour of duty. The squad car is used by each of the three shifts, giving twentv-four hours service each day. These squads are an important factnr in the suppression and prevention of crime and give twenty-four hours service and protection with a minimum investment. 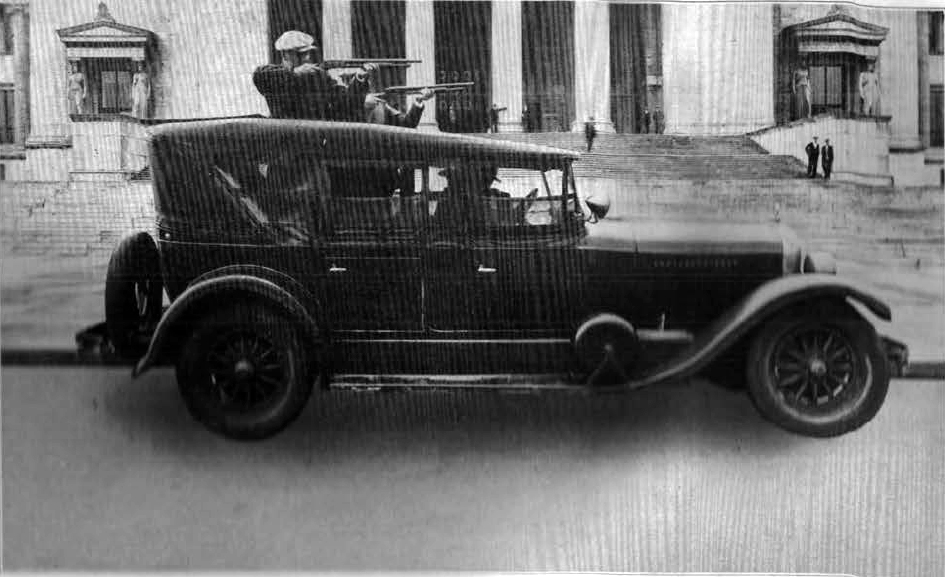 A close-up view of a modern high powered Cadillac squad car with special top open showing the use thereof if necessary in chasing fleeing criminals in automobiles, Since the automobile is an adjunct to the modern criminal the Chicago Police Department has adopted high powered cars to cope with the new problem and these cars cruising on the streets have a decidedly deterrent effect on those who may be criminally disposed.

Woman’s Voice on Phone Puzzles Sleuths for a Time. 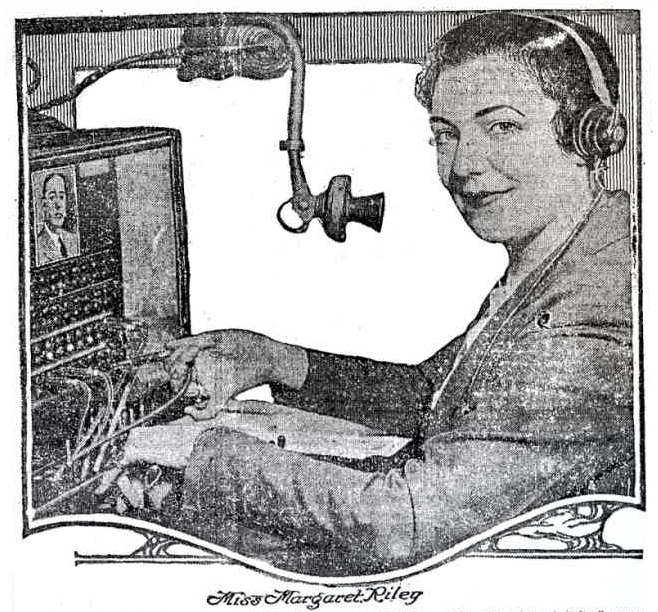 “Detective bureau,” sang out a feminine voice on the phone.

One of Chief Mooney’s sleuth’s was endeavoring to make his regular morning report Friday. He knew he had the right number, but a woman’s voice from the bureau switchboard was a new one on him. He stood puzzled for a moment.

“Say, Miss Operator, what are you doing on that phone? Where’s Schuler, the regular operator?” the sleuth asked.

“Detective Schuler is attending his wife’s funeral today,” came the response, “and I am taking his place. This is Miss Margaret Riley, the policewoman, speaking.”

It was the first time on record that a woman had charge of incoming calls.