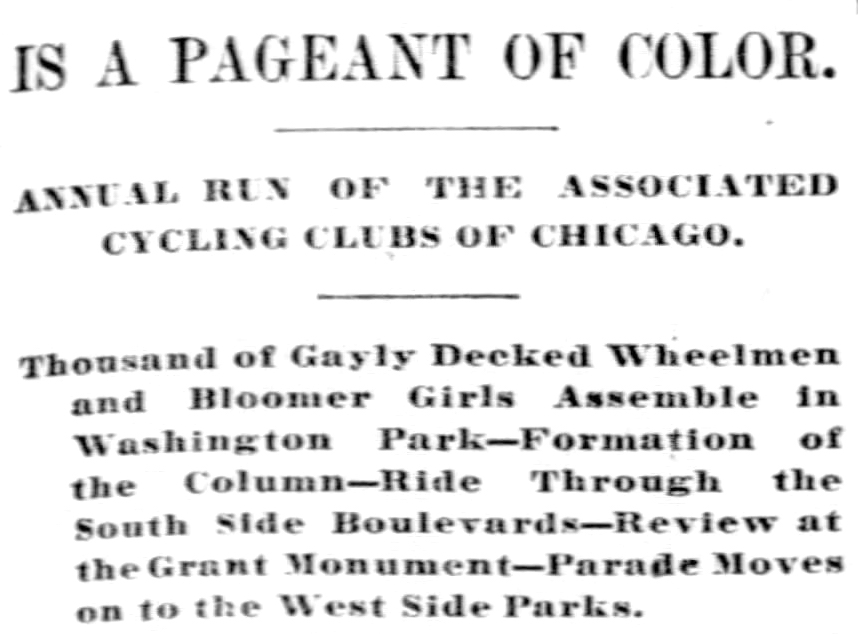 Washington Park meadow burst full bloom yesterday morning. The usually staid and dignified green turned into such a bewildering mass of color that the gardener’s pet hollyhock patch looked like a cactus bed in comparison, and the gray-coated park policemen, who had to move around among the delirious masses of red and green and old gold and sky blue and street car yellow and crushed tomato looked like undertakers at a wedding breakfast. The meadow was gayer than the plumed bird of paradise and had all the panoply and glory and gorgeous trappings of a military ball. Not since the King of France and his 10,000 men all dew their swords and put them up again has the shining rays of the rising sun been reflected back by such masses of polished steel and shining metal.

Bugles flourished and sang to each other from one end of the great meadow to the other and the trees which border the common echoed back ringing words of command. Not until the bugles sounded the stirring notes of the “Assembly,” followed by the “Forward,” did the kaleidoscope of coloring change into regular rows as the Associated Cycling Clubs of Chicago fell into line and began the annual union parade.

Great Day for Wheelmen.
It was a great day for the wheelmen. It was a great day for the thousands of spectators who lined the entire distance of the parade. And a good respectable it was too. Even the six men on one bicycle and the girl who wears enough bars on her century medal to make a window in a jail admitted that. Thirty-two miles it was and under a heat that put two more kinks in the warped backs of the scorching individuals who kindly exercise the boulevard police. And many of the clubs had to come almost the half of the thirty-two miles to get to the rendezvous.

But they didn’t fall by the wayside. They weren’t that kind of cycle folk, and the people who thronged about the base of Grant Monument, Lincoln Park, saw as many whirring wheels as those who saw the gorgeous coloring of the Washington Park meadow after the gay uniforms had spread over its green surface.

There were not so many wheelmen in line, of course, after the parade had swept grandly past the judges in Lincoln Park, but still by the people who waited at Logan Square and under the shade of the trees in Humboldt and Garfield Parks and along Washington boulevard saw enough gayly costumed bicyclers whizzing along to make them see nothing in their dreams for two weeks but red, green, and old gold rainbows chasing each other on greased bolts of lightning. 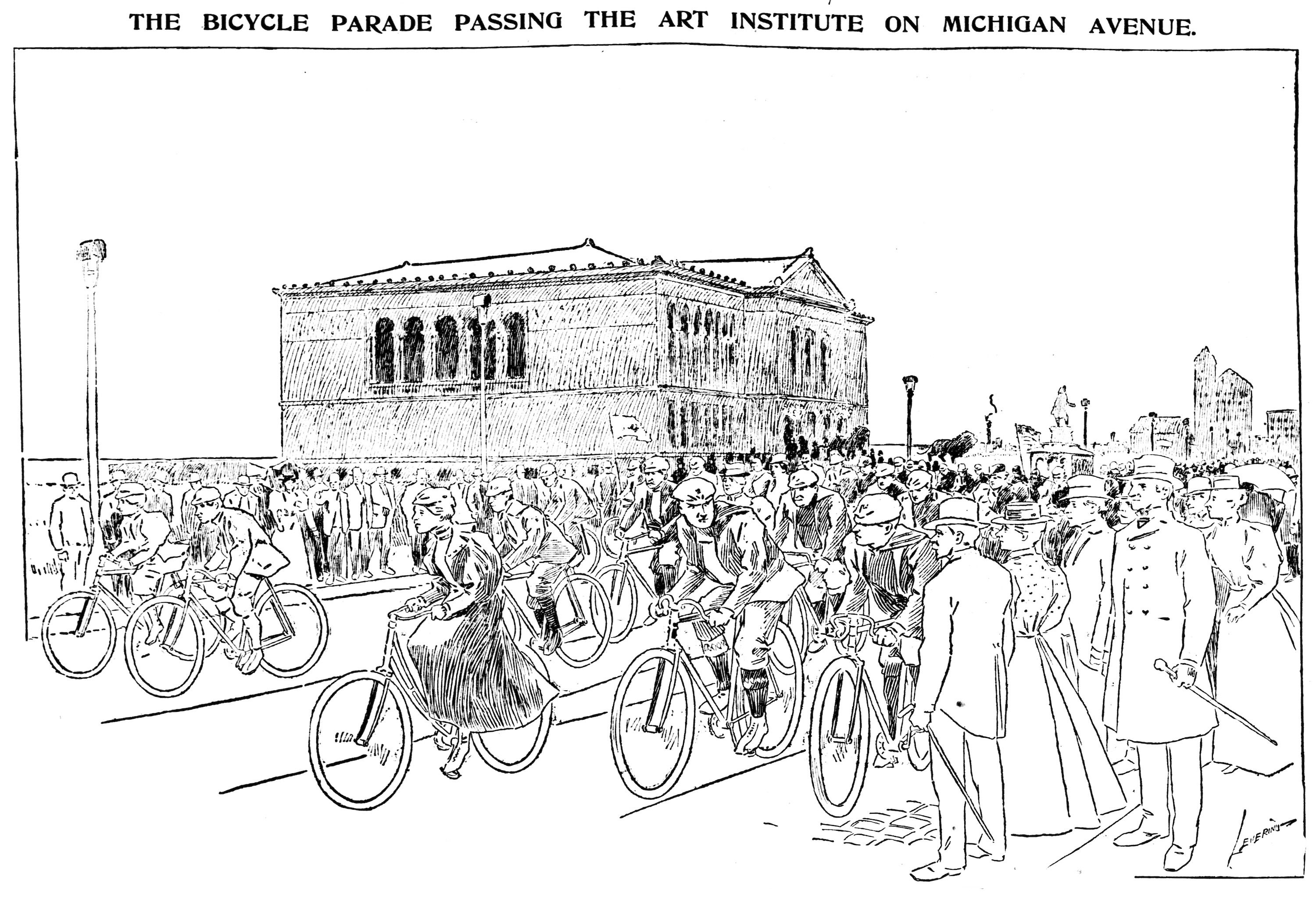 Assemble of the Riders.