Standing among the handsomely enameled and decorated automobiles in the Coliseum is a mud-spattered machine that shows the marks of hard usage, but which easily is the greatest attraction of the automobile show. It is the machine in which Henri Fournier established three world’s records in 1901. Perched in its narrow seat, the celebrated French chauffeur made express train time over the Paris-Bordeaux and the Paris-Berlin courses, and at Coney Island made a mile in :51 on 3-5 on Nov. 16.

Fournier arrived last evening, and will make an effort to induce Prince Henry to attend the exhibition at the Coliseum. When he arrived in Berlin after his victory he was summoned before the Kaiser and afterwards took Prince Henry when he goes to Lincoln Park on Tuesday morning to decorate Lincoln’s monument with a wreath. Fournier also will invite the Prince to visit the exhibition. 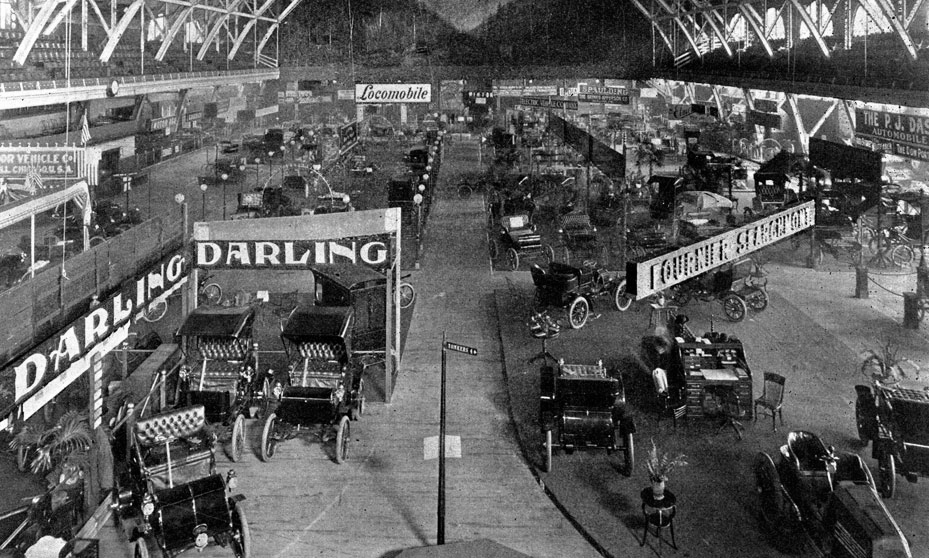 The floor of the 1902 Chicago Automobile Show held from March 1-8, 1902, at the Coliseum. The Locomobile exhibit can be seen in the rear. Locomobile was the first manufacturer to build a showroom exclusively for the automobile on Motor Row in 1902 at the northwest corner of Fourteenth and Michigan Avenue.

With more than 100 exhibitors, the automobile show, which is held under the auspices of the Chicago Automobile Club and the National Association of Automobile Manufacturers, opened its doors yesterday. Nearly all of the exhibits were in place last evening, and tomorrow everything will be in perfect order. Every development of the carriage without horses is shown, but the trend of the demand in the United States is shown in the large number of machines operated by the owner, arranged for two or more persons instead of the closed carriages. There are a few of the closed carriages, but they are lost among the runabouts, touring cars, drags, and the like, which appear everywhere.

A new development is the tonneau. Attached to the back are extra seats, so that it can be made into a single-seated carriage, a touring car, or a picnic wagon. The capacity is from two to six persons and lunch hamper of generous size. 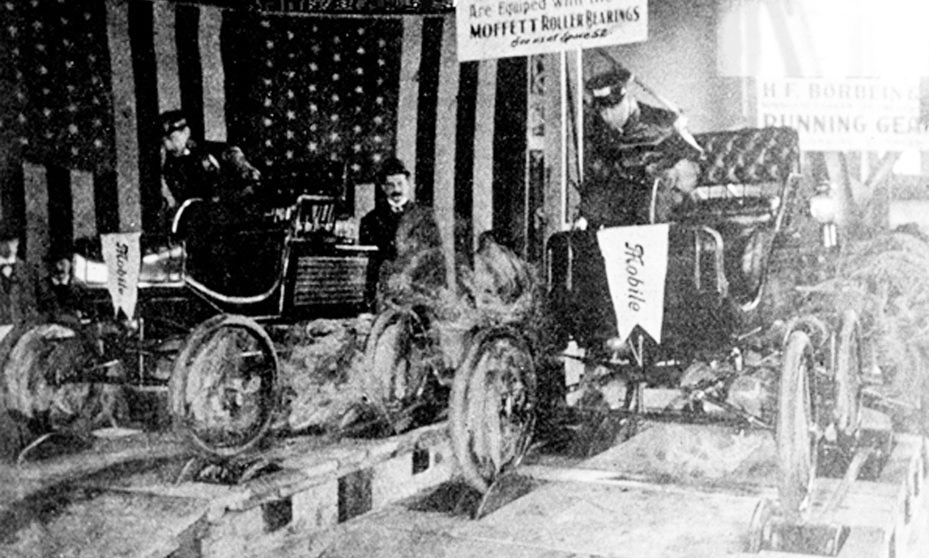 The space has been taken up so completely that it was found impossible to have any sort of a track for speed contests. In a back room is the racing machine on which the contests will take place. The autos are placed on friction wheels, which are adjusted so that the power necessary to turn them is equal to ordinary road work. Indicators are connected, and on these furious racing will be done. Among the events are endurance tests between steam, gasoline, and electric machines. The makers of the last named say that improvements in storage batteries have enabled them to store sufficient power for a day’s running. One machine recently made 187½ miles with a single charging over Chicago streets.

A meeting of delegates from five automobile clubs will be held at the Coliseum tomorrow morning at 11 o’clock. The meeting will last two days. The object is to form an interdependent organization of the clubs, and the practical results hoped for are:

Enactment of liberal laws regulating the use of automobiles on public highways.
Protection of the legal rights of users of motor vehicles.
Improvements of public highways.
Development and introduction of the automobile.
Equitable regulation of automobile racing and trials of endurance and efficiency.
A medium for counsel and interchange of information, ideas, and suggestions tending to the development and advancement of the art. 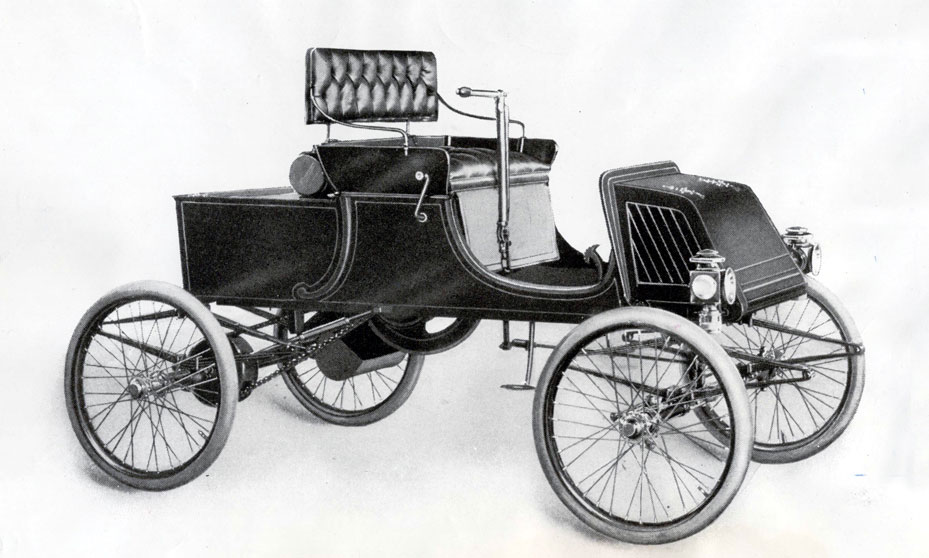 Thomas B. Jeffrey’s Rambler was introduced in the 1902 Automobile Show. The Rambler was the most popular auto developed in Chicago. More than 4.2 million were sold between 1902 and their discontinuance in 1969 by the successor American Motors Corporation. As the twentieth century ended, the Rambler factory in Kenosha was used to build engines for Chrysler Corporation autos.