From office boy for an obscure Scotch shipper at 13 to director of one of the world’s largest mercantile houses with offices in New York, Manchester, Chemnitz and Paris, and a great retail and wholesale house in Chicago, the life of John T. Pirie marched steadily on, uninterrupted by catastrophes that would have wrecked lesser men, always moving forward with the relentless force of a glacier. Some have called the striking success of John T. Pirie luck, but examination of the facts of his career discloses the true answer, dogged determination and unrelaxing energy. 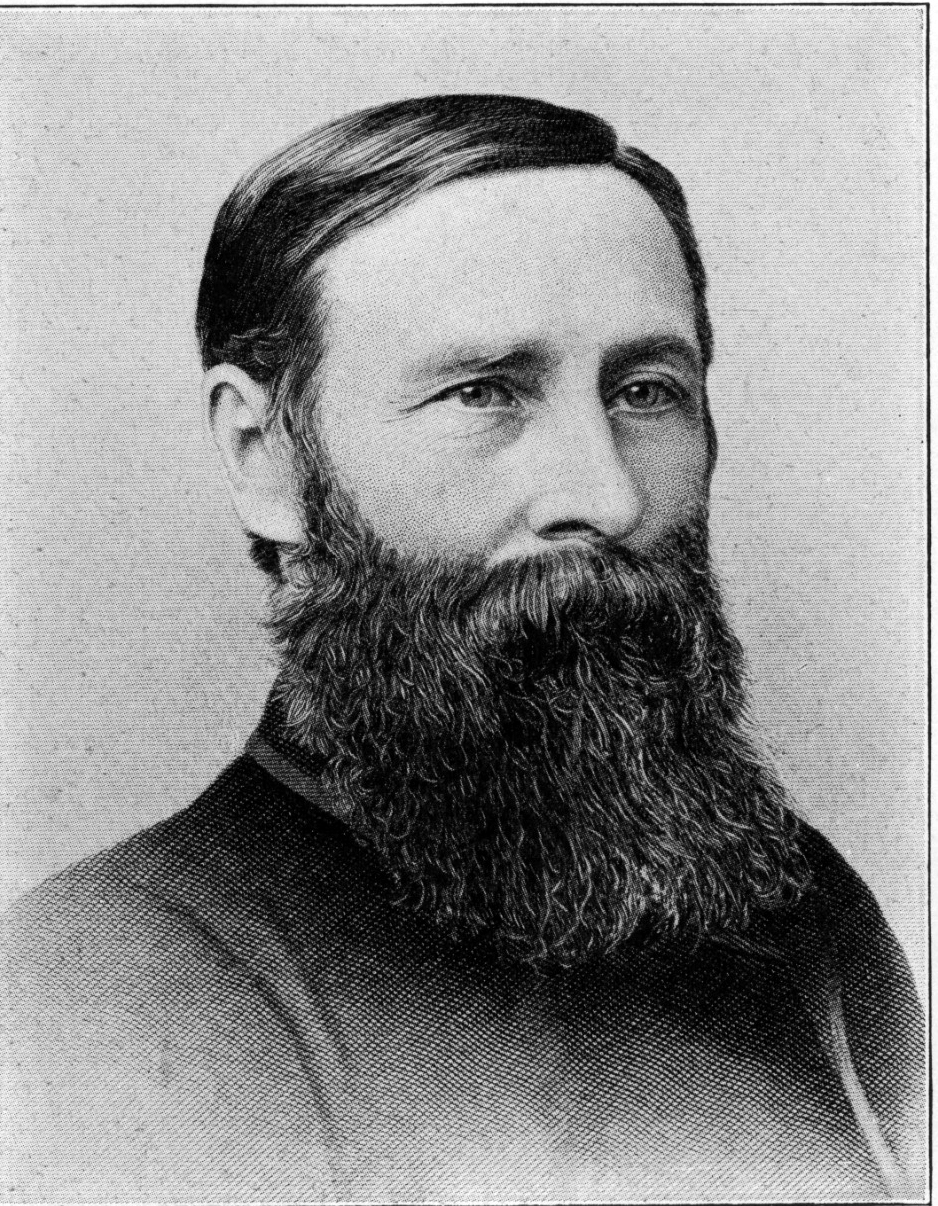 John T . Pirie was born in Errol, Scotland, August 26, 1827, the son of Allen Pirie, a hardworking, thrifty Scotch cabinet maker and upholsterer, and Mary Hawkins Pirie, whose family had gone north from York. John went to school in the Presbyterian parish school of his district and at thirteen became errand boy for a ship-broker in Glasgow.

But no romance about sailing ships for John T. Pirie. He was out for serious business and two years later had found his line, as a beginner in the drygoods business for an uncle in Newry, Ireland.

Despite the boy’s age, that uncle, Henry Hawkins, soon found he could trust John Pirie with more serious business than running errands and before long the lad was buyer for one of the store’s principal departments. He was happy then and would talk over his dreams of future success with Samuel Carson. This relationship grew warmer when both young men went to work for John Arnott & Company of Belfast. Soon the two young men had made arrangements to open a dry goods store in Crookstown, Ireland, and had paid the first six months rent in advance.

But one night they met a mutual friend, Robert Murray, who was back from Peru, Illinois, where he was doing a flourishing business. The blood of the young men was set aflame by the prospects of a new country. They forfeited the six months rent and set sail for New York from Belfast, August 26, 1854.

From there on the story of John T. Pirie moves incredibly fast. The two worked a few months for James Beck & Company learning the ways of the new country and then set out for the far west. With the help of Murray, the following spring they were given credits and opened a store in La Salle, Illinois. It prospered as did all the succeeding ventures of the two. But Pirie thought he saw a better opening in Amboy, Illinois, and the firm of Carson & Pirie, accordingly, moved there. Their fame as sound business men and fair merchants spread throughout the farm land and in 1864, ten years after leaving Ireland, they found they owed no one a cent and had $50,000 worth of stock on hand.

But a young Hercules of a city was just making himself felt to the north. Pirie saw the opportunity. He persuaded his partner to move and the first Carson- Pirie store was opened that year at 20 Lake street where the two prospered in jobbing as they had in retail business. George and Robert Scott, friends of the pair in Newry, Ireland, were called in to take charge of retail stores in Amboy, Polo and Mendota. Chicago business grew so rapidly that the Scotts were needed here and the firm was consolidated as Carson Pirie Scott & Company. Their establishment was wiped out by fire in 1868, but scarcely a month later they were open for business. Again in the fire of 1871 they lost everything but $50,000 worth of stock.

Mr. Carson died in 1869 but Pirie insisted his name be kept in the firm title as it is today (1929). Mr. Pirie, after 1865, spent most of his time in New York tending to financial affairs of the firm and enjoying his family Hfe at hilS home on Long Island. He had married Sarah Carson in Amboy in 1857. They had four sons and three daughters. 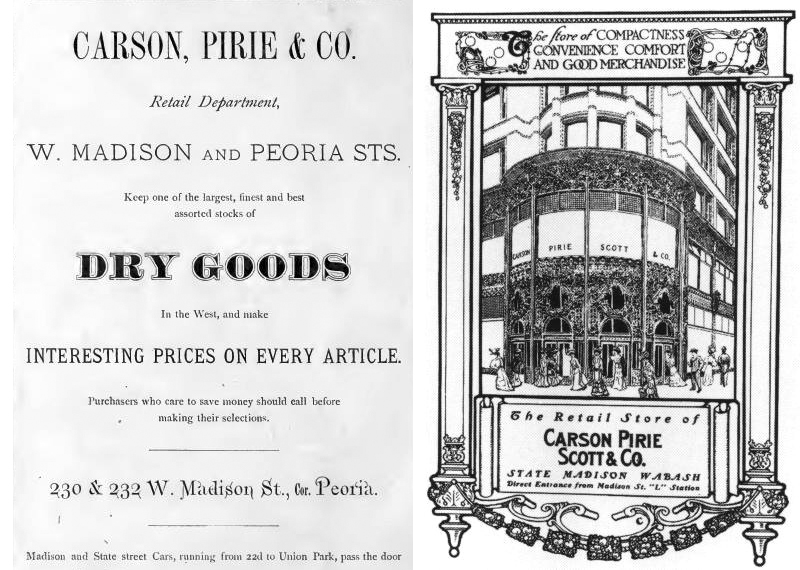