Hank Greenberg, the towering ex-army captain who knocked a ninth inning, four run homer to clinch the American league pennant for the Detroit Tigers in St. Louis last Sunday, gave them their margin of success in a 4 to 1 victory over the Chicago Cubs today when he drove out a three run homer off Hank Wyse, Cub 22 game winner, in the fifth inning. A few minutes before the Tigers had matched the Cubs’ lone run, scored by Phil Cavarretta and a single by Bill Nicholson.

Co-heroes in the eyes of Detroit partisans among the crowd of 53,636 which watched this second and evening up contest of the series was Virgil Trucks, who joined the Tigers last Saturday after his discharge from the navy, failed narrowly as a starter in the clinching game last Sunday, and roared back with a seven-hitter today.

Chicago Sure of Two Games.
Thus, with the series evened at one victory for each team, Chicago is assured of seeing at least two games of the world series, Saturday and Sunday.

Today’s game, like yesterday’s opener, produced errorless play. Unlike yesterday’s 9 to 0 Cub walk-away, however, today’s spectacle played under much more favorable weather conditions as to temperature and breeze, was replete with flashy defensive play which started when Greenberg threw out Stan Hack at the plate as he tried to score from second on a single by Harry Lowrey in the first inning.

Greenberg’s smash is the only extra baser the Tigers have smacked thus far in the series—but it was really of high caliber, a shot which easily cleared the high screen 400 feet from the plate at about 25 feet to the left of the center field flag pole.

Wyse Was Good at First. 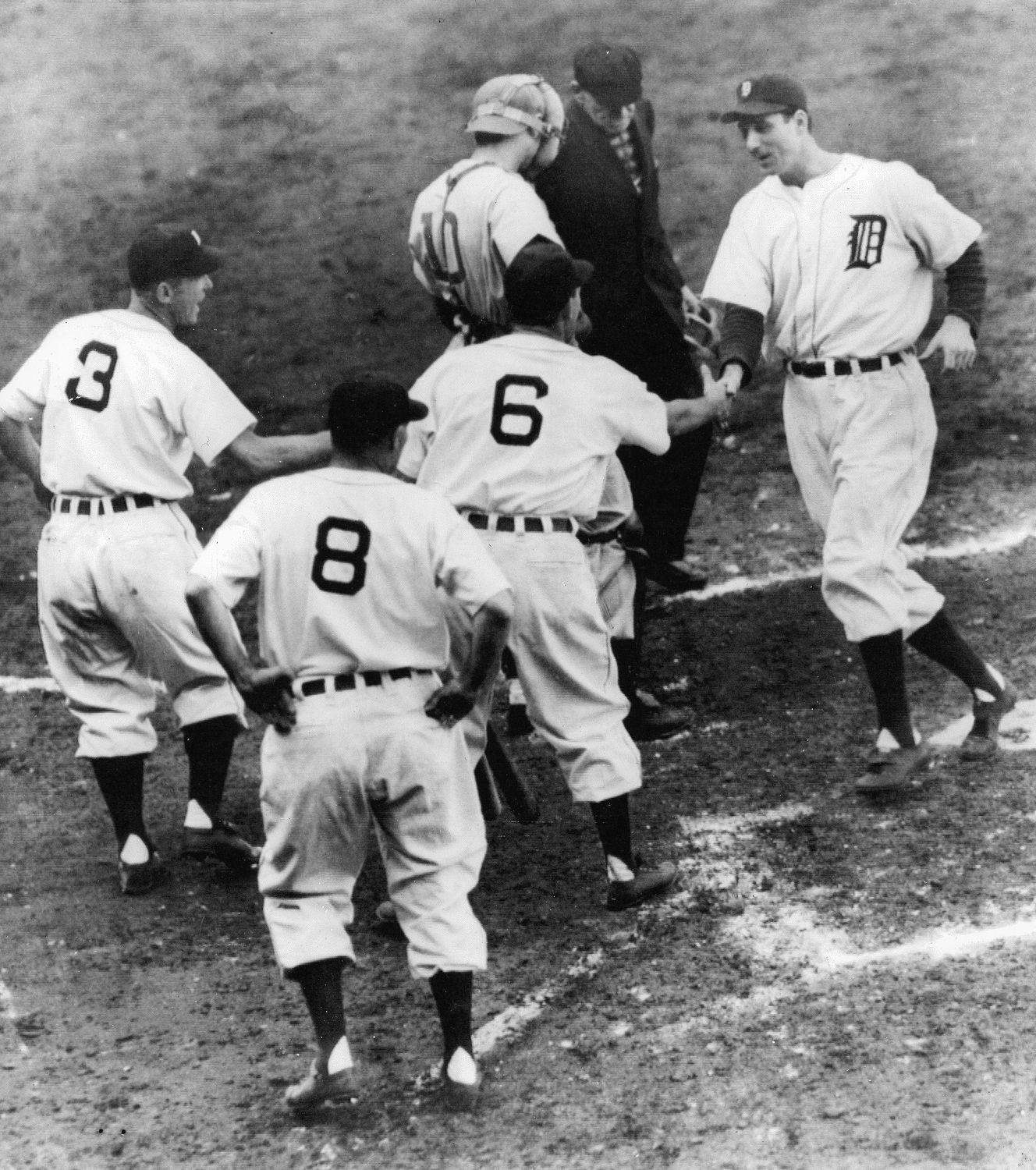 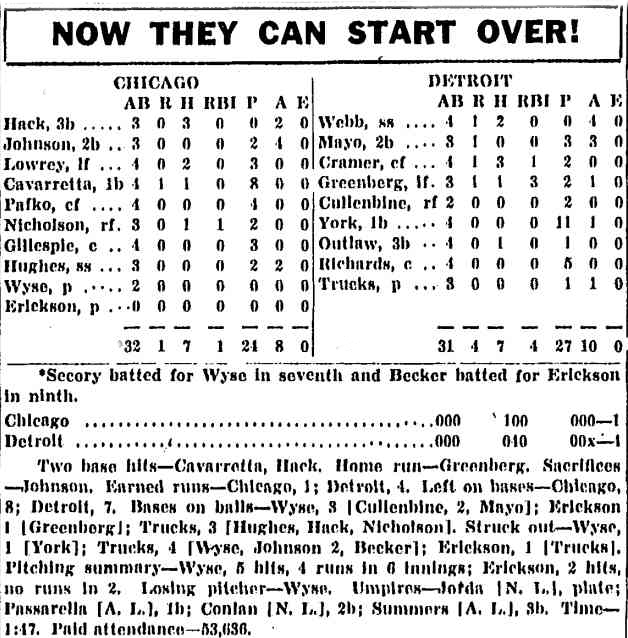