Railroads  |  Railroad Stations  |  Chicago Railways Company Routes  |  CB&Q  |  C&NW  |  Alton From the 1850’s until 1912. the intersection of 75th st. and Woodlawn and South Chicago avs. also was a crossing for the I. C., the Pennsylvania, the Nickel Plate, the Pere Marquette, the Lake Shore and Michigan Southern, the Chicago, Cleveland, Cincinnati, and St. Louis, and the Michigan Central railroads. The latter three are now part of the New York Central system.

It was a grand crossing—so that’s what the railroad men began to call it. Gradually others picked up the term and today, altho the “grand crossing” was eliminated in 1912 when the road was elevated and tracks placed on three levels, the area is called Grand Crossing rather than by its original name of Cornell after Paul Cornell, an early settler.

From Andrea’s History of Chicago, Volume I:

1853 April 25: Occurred the first great railroad accident near Chicago. A train on the Michigan Southern collided with a train on the Michigan Central, at their crossing (at Grand Junction). Eighteen persons were killed outright, and forty of the wounded were brought to Chicago. On the 27th resolutions were passed at a meeting of the citizens, condemning the accident as owing to carelessness, and demanding that thereafter every train should come to a full stop before crossing any other railroad. This was the first time that this very essential safeguard, now universally adopted, was ever suggested 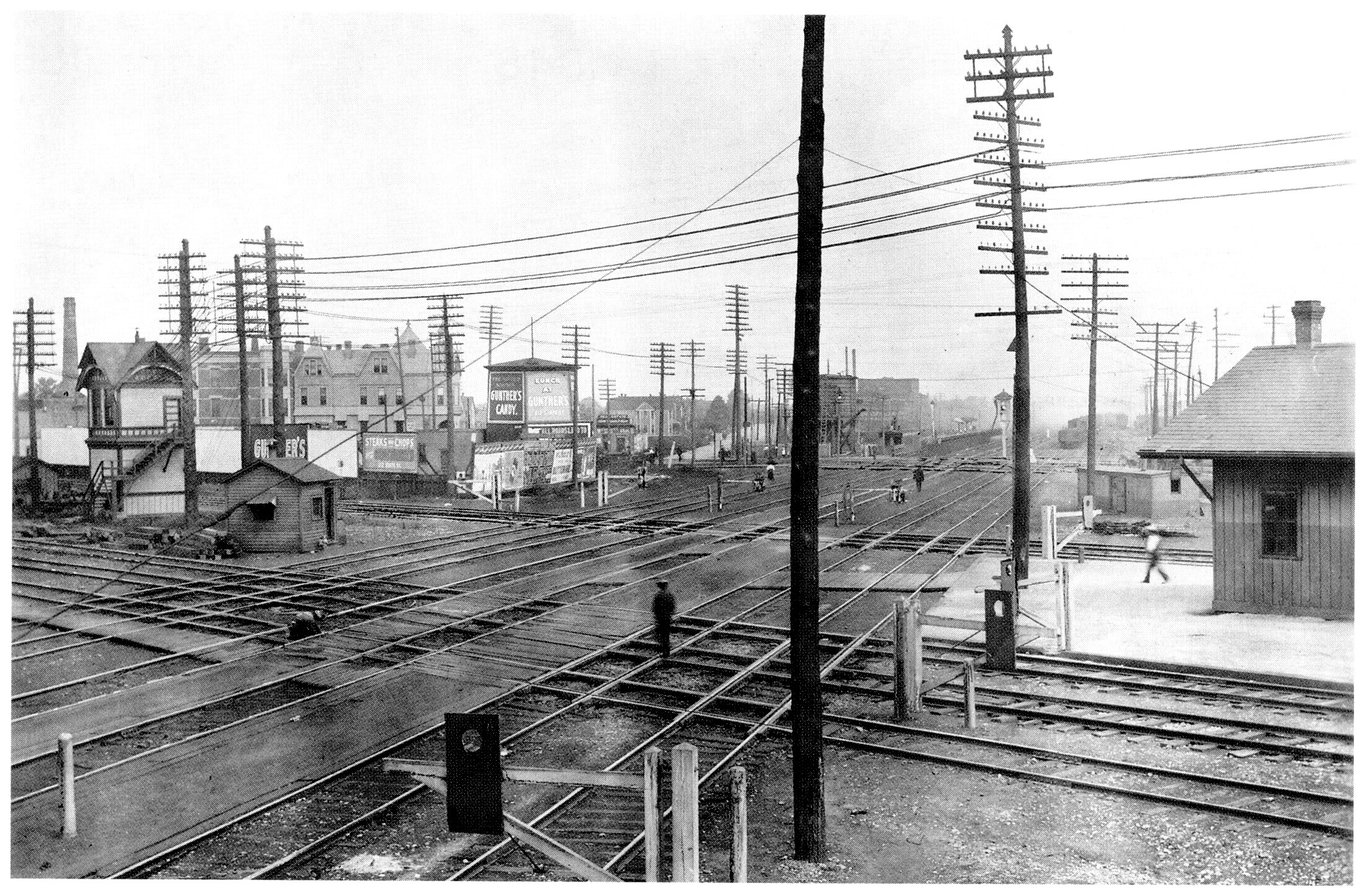 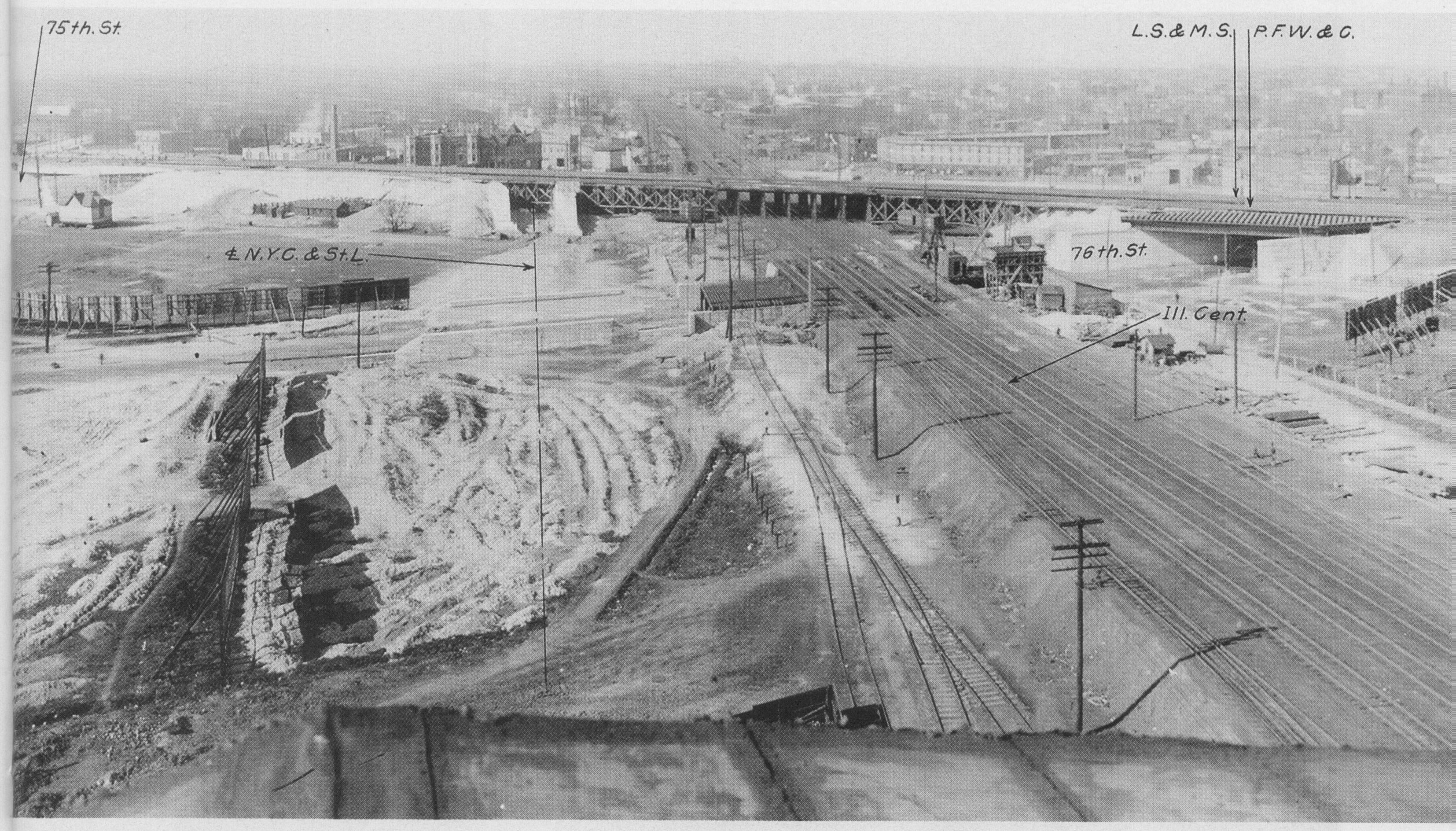 75th and Woodlawn Avenue in 1912.
Looking north along the Illinois Central Railroad, with the Pennsylvania Railroad’s Pittsburgh, Fort Wayne and Chicago Railway and New York Central Railroad’s Lake Shore and Michigan Southern Railway crossing overhead. At the left is the planned alignment of the New York, Chicago and St. Louis Railway. 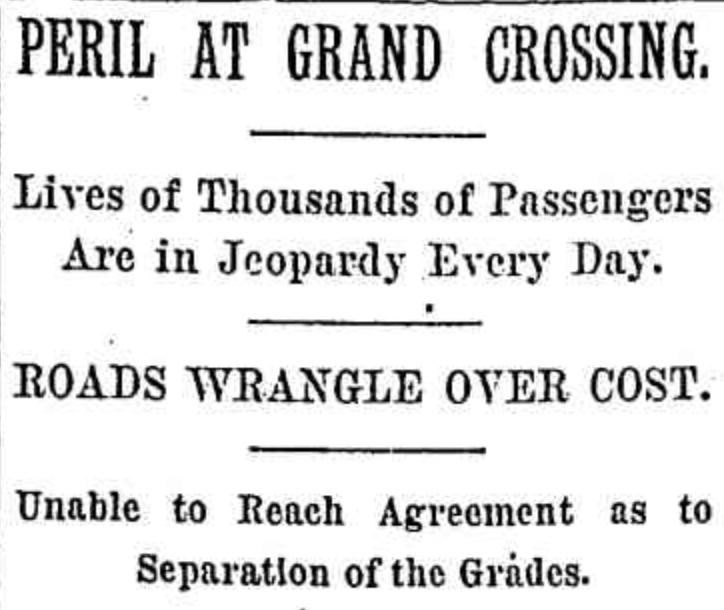 Lives of 50,000 suburbanites and 20,000 other passengers are placed In jeopardy six times every week while the railroads wrangle over the division of the cost of track raising and separation at grades at Grand Crossing. The city authorities and the state are apparently powerless to change existing conditions. The city has the right to compel the elevation of tracks, but It has no power to separate grades.

Dispute as to Jurisdiction.
The matter was referred to the Illinois railroad and warehouse commission, and after a time the commission returned the papers saying it had no jurisdiction. The Illinois statutes give the commission power to investigate the safety of a track or structure and compel the railroads to put it in a safe condition. But whether the statutes apply with equal force to a crossing is the question at issue.

The Illinois Central contends that the commission has the right because the grade crossing is dangerous and. lives are placed in jeopardy every day. The trains must stop before arriving at the crossing, but there Is no interlocking device and if an engine should become unmanageable there is no way to prevent a collision in case another train is crossing at the same time.

The Illinois Central and other lines using the same tracks have 250 suburban trains. sixty through trains and S,500 freight cars crossing the tracks of the Lake Shore, the Pennsylvania, and the Nickel Plate at Grand Crossing every day, and those roads have also a great number of trains at that crossing. 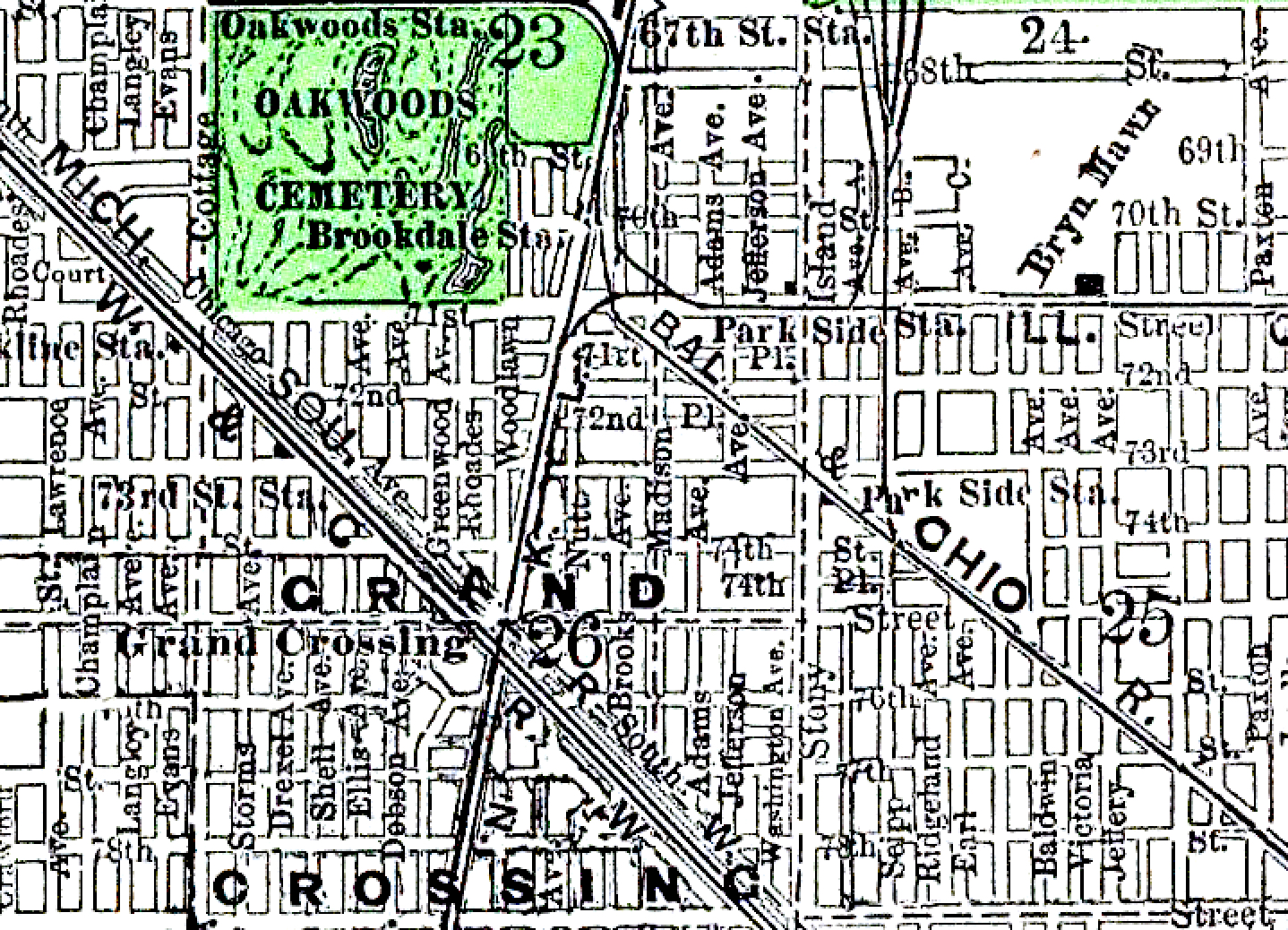