The organization of the Chicago, Joliet & St. Louis Electric Railway Company gives promise of the completion of a chain of lines connecting St. Louis and Chicago. The officers of the company are H. A. Fisher, of Joliet, 111., president; S. A. Spry, of Chicago, vice-president; John M. Raymond, of Aurora, vice-president; Lee D. Fisher, of Joliet, treasurer and chief engineer; John K. Newhall, of Aurora, secretary, and F. E. Fisher, of Joliet, general manager. Arrangements have been made with the Metropolitan Elevated Railway Company for entrance into Chicago, with terminal station at Fifth avenue and Jackson boulevard. 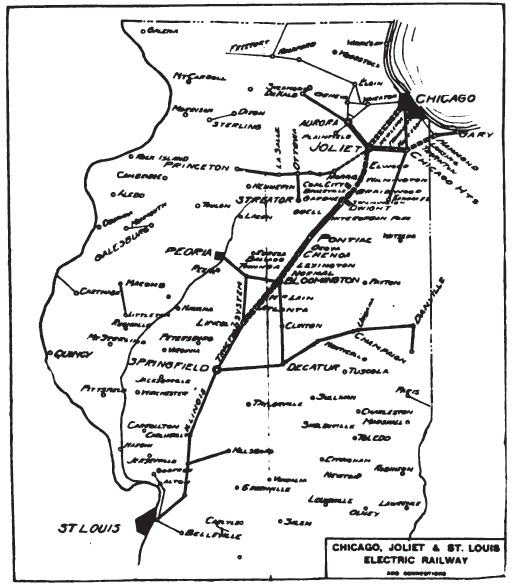 Plans have been made to build in the spring a double-track, high—speed line from Joliet to a connection with the Metropolitan Elevated, thus giving rapid service to the down—town district of Chicago. South of Joliet there is a stretchas far as Dwight which will have to be built, but from Dwight to Pontiac, 20 miles, the Bloomington, Pontiac 8: Joliet Electric Railway Company operates. This company, which is controlled by the Chicago, Joliet & St. Louis Electric Railway Company. is now extending south to Bloomington, this extension having been practically completed to Chenoa, about 10 miles south of Pontiac.

This line when completed will run from Joliet to Bloomington, with branches to South Wilmington and Coal City, making in all 100 miles of main line. This line will form the connecting link between Chicago and St. Louis, by connecting with the Illinois Traction System at Bloomington. The Joliet & Southern Traction Company is also included in the new system. This company has been operating between Joliet and Aurora (as the Joliet, Plainfield & Aurora Railroad Company) for the past five years. It operates a city line in Joliet and recently completed and placed in operation 25 miles of new line between Joliet and Chicago Heights, and proposes to build an extension of 14 miles from Chicago wt: to Hammond, Ind., thereby completing the Electric Belt for the great manufacturing zone of Chicago. 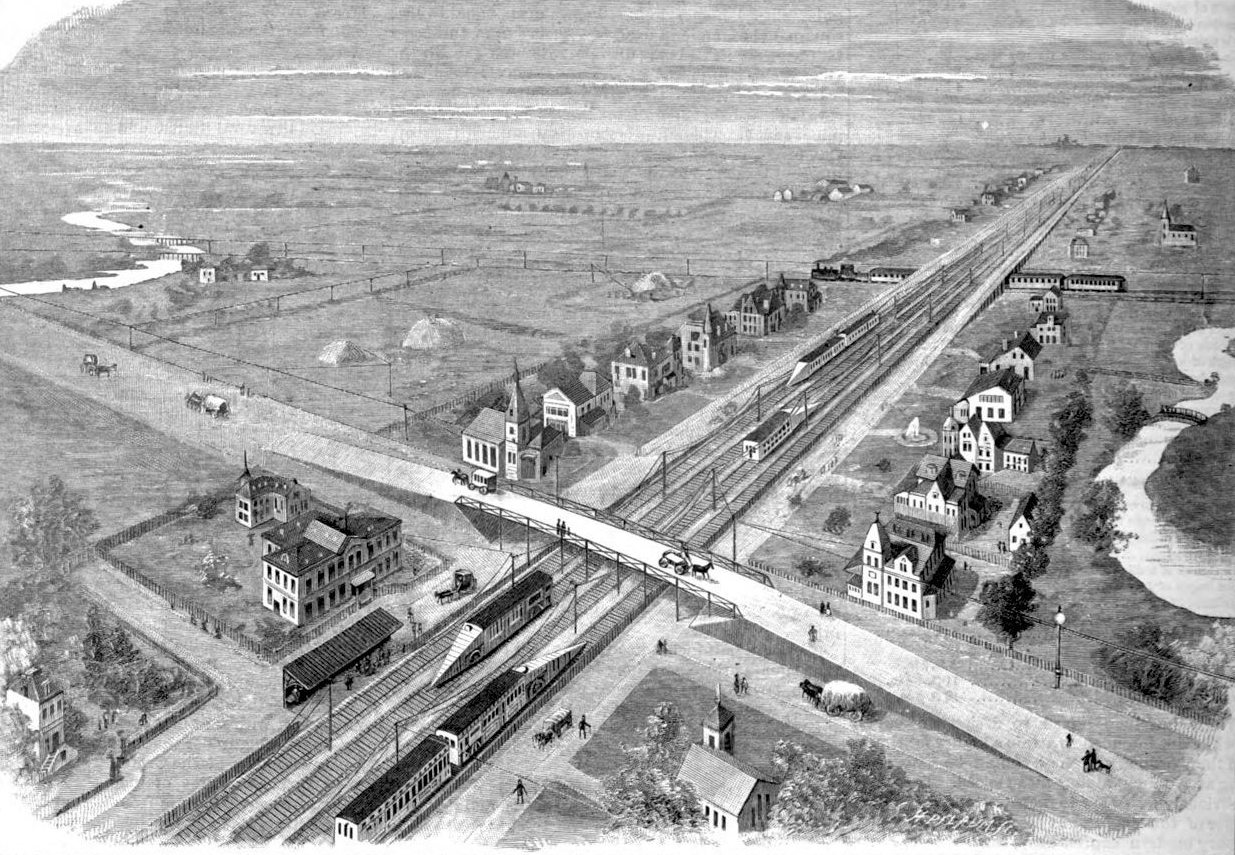 The highpoint to date of the $1.5 billion Chicago-to-St. Louis corridor high-speed rail project occurred on Thanksgiving Day 2012, when Amtrak Lincoln Service trains began operating up to 110 mph over a 15-mile stretch between Dwight and Pontiac, Ill.

Although passenger train speeds elsewhere on the corridor continue to run at 79 mph, reaching 110 mph along those 15 miles was a major milestone for the Illinois rail network and high-speed rail service in the Midwest, project officials say.

Although passenger trains aren’t reaching speeds that some HSR supporters define as “true” high speed — 220 mph or faster — Chicago-St. Louis riders have welcomed the availability of 110 mph service along the corridor, says John Oimoen, deputy director of the Illinois Department of Transportation’s (IDOT) Division of Public and Intermodal Transportation.

HSR advocates say demand for the service is there. Consider: Amtrak logged its highest ridership ever in fiscal-year 2012, up 3.5 percent to 31,240,565 passengers. Combined ridership on Amtrak’s Lincoln Service and Texas Eagle trains in the Chicago-St. Louis corridor jumped 11 percent to a new record of 675,000 passengers.

But some HSR proponents, like U.S. High Speed Rail Association President and Chief Executive Officer Andy Kunz, say the Chicago-St. Louis corridor project is just a small step toward building a nationwide rail network on which trains can travel at speeds of 200 mph or faster. Kunz advocates for a nationwide high-speed rail system comprising 220 mph and 110 mph routes.

“What’s good about 110 mph is that it shows immediate results of high-speed investment,” he says. “We can invest a smaller amount of money so that more people start using the trains, which will help pave the way for the next big investment in high-speed rail.”

For now, the federal and state investments in the Chicago-St. Louis corridor improvements are about more than speed — they’re also about providing safer and more reliable rail service for passengers and freight customers, says IDOT’s Oimoen.

“When the project is done, we’ve significantly reduced travel times to be car competitive,” he adds. “In a lot of cases, depending on the traffic in the Chicago area, we can exceed what it would take you to get from St. Louis to Chicago.”