The Chicago Burlington & Quincy Railroad name existed from 1856 to 1970, and the Burlington Route is one of the most recognized railroad heralds in the world. Her history is a story of growth and innovation and today is one of the biggest transportation companies of the country.

The Aurora Branch was chartered by the Illinois General Assembly on 12 February 1849. The charter was obtained by citizens of Aurora and Batavia, Illinois, who were concerned that the Galena and Chicago Union Railroad would bypass their towns in favor of West Chicago on its route. At the time, that was the only line running west from Chicago. The Aurora Branch was built from Aurora, through Batavia, to Turner Junction in what is now West Chicago. The line was built with old strap rail and minimal. After extensive trackwork was planned, the Aurora Branch changed its name to the Chicago and Aurora Railroad in June 1852, and to Chicago, Burlington, and Quincy Railroad in 1856, and shortly reached its two other namesake cities, Burlington, Iowa and Quincy, Illinois. In 1868 the CB&Q completed bridges over the Mississippi River both at Burlington, Iowa, and Quincy, Illinois giving the railroad through connections with the Burlington and Missouri River Railroad in Iowa and the Hannibal & St. Joseph Railroad in Missouri. The first Railway Post Office was inaugurated on the H&StJ to sort mail on the trains way across Missouri, passing the mail to the Pony Express upon reaching the Missouri River at St. Joseph, Missouri.. 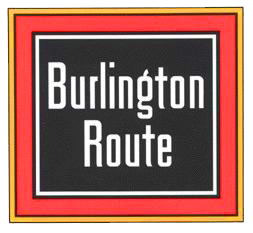 The line from Aurora to Chicago was built through the fledgling towns of Naperville, Lisle, Downers Grove, Hinsdale, Berwyn, and the west side of Chicago. It was opened in 1862, and passenger and freight service began. Regular commuter train service started in 1863 and remains operational to this day, making it the oldest surviving regular passenger service in Chicago. Both the original Chicago line, and to a much lesser extent, the old Aurora Branch right of way, are still in regular use today by the Q’s descendant BNSF Railway.

Though the Burlington reached as far west as Denver, Colorado, and Billings, Montana, it had failed to reach the Pacific Coast during the cheaper building years of the 1880s and 1890s. 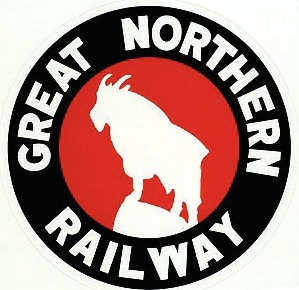 Though approached by E. H. Harriman of the Union Pacific Railroad, Charles Elliott Perkins felt the Burlington was a more natural fit with James J. Hill’s Great Northern Railway. With its river line to the Twin Cities, the Burlington formed a natural connection between Hill’s home town (and headquarters) of St. Paul, Minnesota, and the all-important American railroad hub of Chicago. Moreover, Hill was willing to meet Perkins’ $200-a-share asking price for the Burlington’s stock. By 1900, Hill’s Great Northern, in conjunction with the Northern Pacific Railway, held nearly 100 percent of the Burlington’s stock.

With the First World War having the same effect on the Burlington Route as on all other railroads, during the 1920s the Burlington Route had an increasingly heavy amount of equipment flooding the yards. With the advent of the Great Depression, the CB&Q held a good portion of this for scrap. Despite the decrease of passengers, it was during this time that the Q introduced the famed Zephyrs. 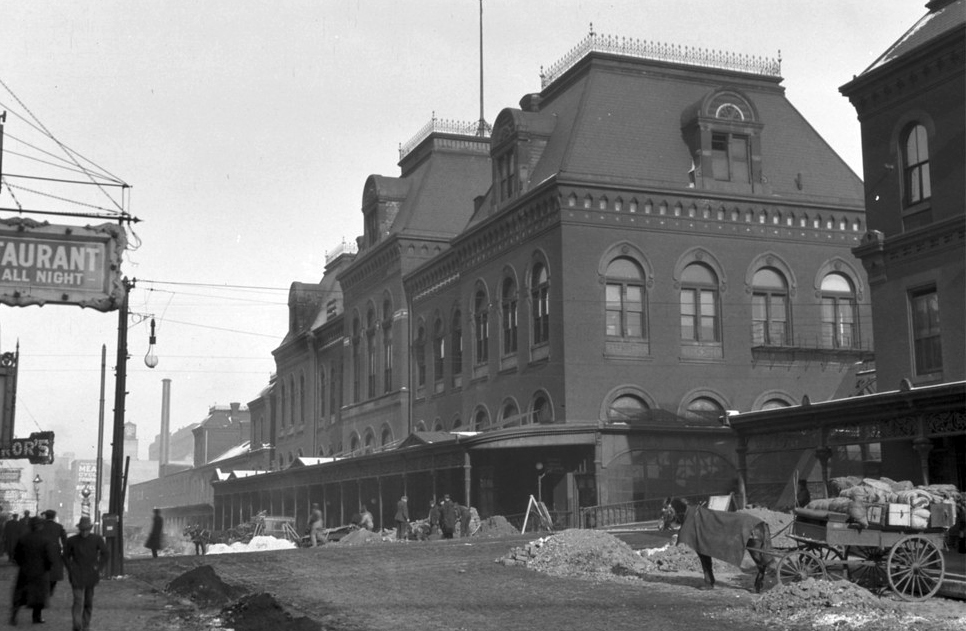 As early as 1897, the Q had been interested in alternatives to steam power, namely, internal-combustion engines. The Aurora Shops had built a clumsy and totally unreliable three-horsepower distillate motor in that year, but it was hugely impractical (requiring a massive 6,000-pound flywheel) and had issues with overheating (even with the best metals of the day, its cylinder heads and liners would warp and melt in a matter of minutes) and was therefore impractical. Diesel engines of that era were obese, stationary monsters best suited for low-speed, continuous operation. None of that would do in a railroad locomotive; however, there was no diesel engine suitable for that purpose then.

Always innovating, the Q both purchased “doodlebug” gas-electric combine cars from Electro-Motive Corporation and built their own, sending them out to do the jobs of a steam locomotive and a single car. With good success in that field, and after having purchased and tried a pair of General Electric steeple-cab switchers powered by distillate engines, Q president Ralph Budd requested of the Winton Engine Company a light, powerful diesel engine that could stand the rigors of continuous, unattended daily service.

The experiences of developing these engines can be summed up shortly by General Motors Research vice-president Charles Kettering: “I do not recall any trouble with the dip stick.” Ralph Budd, accused of gambling on diesel power, chirped that “I knew that the GM people were going to see the program through to the very end. Actually, I wasn’t taking a gamble at all.” The manifestation of this gamble was the eight-cylinder Winton 8-201A diesel, a creature no larger than a small Dumpster, that powered the Burlington Zephyr (built 1934) on its record run and opened the door for developing the long line of diesel engines that has powered Electro-Motive locomotives for the past seventy years.

The railroad operated a number of streamlined passenger trains known as the Zephyrs which were one of the most famous and largest fleets of streamliners in the United States. The Burlington Zephyr, the first American diesel-electric powered streamlined passenger train, made its noted “dawn-to-dusk” run from Denver, Colorado, to Chicago, Illinois, on 26 May 1934. On 1 November 1934, the train was put into regularly scheduled service between Lincoln, Nebraska, and Kansas City, Missouri. Although the distinctive, articulated stainless steel trains were well known, and the railroad adopted the “Way of the Zephyrs” advertising slogan, they did not attract passengers back to the rails en masse, and the last one was retired from revenue service with the advent of Amtrak on 1 May 1971.
The Zephyr fleet included: 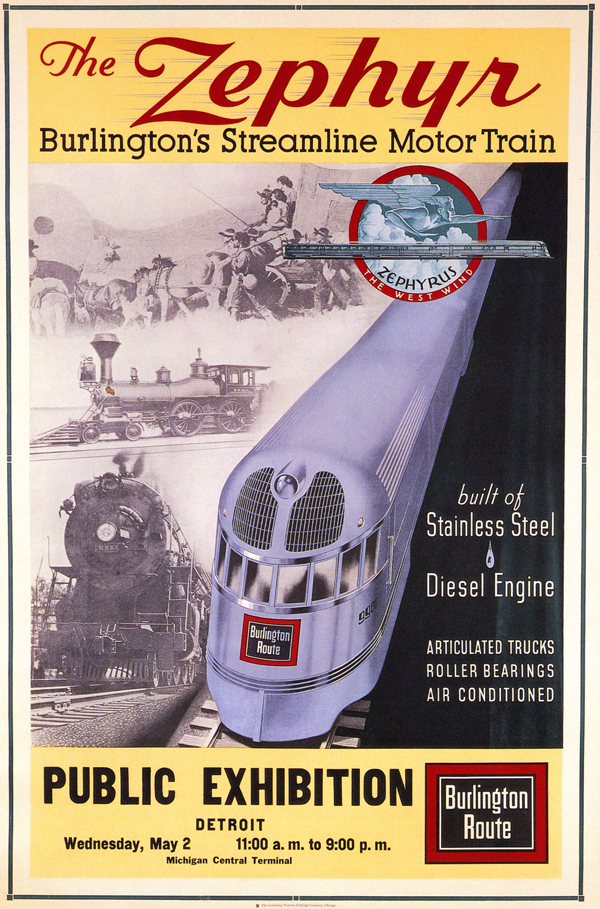