The Borland was built in 1906; an addition to the south at 111-17 S. LaSalle street (frontage 78 feet) was made in 1914 on the site of the former Calumet building. The building is 18 stories high, with two basements, on rock caissons. Shepley, Rutan & Coolidge were the architects of the original building, and Charles S. Frost was the architect of the addition. 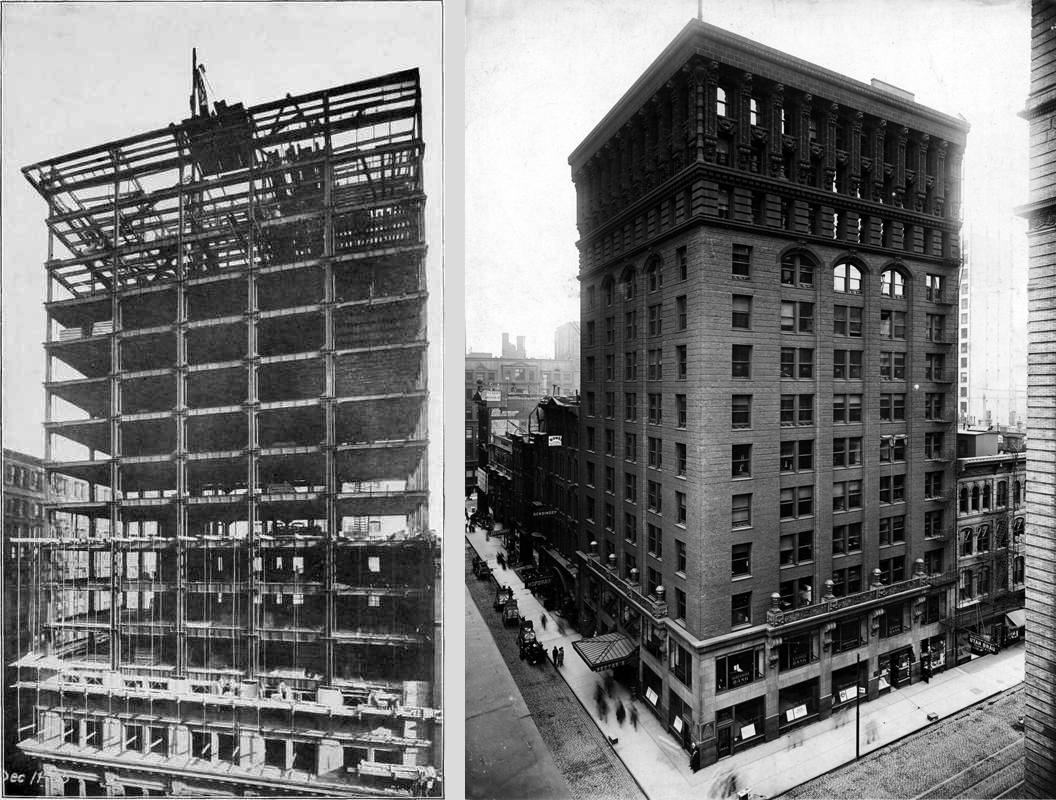 The Boriand Building, situated on the southeast corner of La Salle and Monroe Streets, occupies one of the most important sites in the financial district of Chicago, this particular corner having been termed the “Heart of the Financial District,” and occupies a frontage on two streets, namely, feet on La Salle Street and 50 feet on Monroe Street, and, due to its peculiar situation, has light on all four sides, as it extends south from the corner to Hydraulic Court and on the east overlooks a permanent three-story building.

The Borland Building is eighteen stories high, of strictly fireproof construction, and no building has ever had finer material or equipment installed than is to be found in this building. The exterior is of Bedford stone and Roman brick, trimmed in bronze. The corridors and lobby are finished in Italian veined marble, with mahogany trimming, and all offices are finished in the finest of mahogany with hardwood floors. Seven high-speed hydraulic elevators, located in the center of the building, insure the most efficient service to all tenants, and the amount of elevator service per square foot of rentable area is greater than can be found in any building in Chicago. All offices are cleaned regularly with the vacuum system, and the plumbing and heating systems are as complete and efficient as modern engineering science can make them,—the heating in all oflices being rcglulated by individual thermostat control.

This building caters exclusively to the highest grade of financial tenants. and, due to its choice location and the service given to tenants, is in great demand by the best class of firms and individuals desiring to locate m the heart of Chicago’s financial district.

For space and terms, apply at office of building, Room 1508. Telephone Central 7100 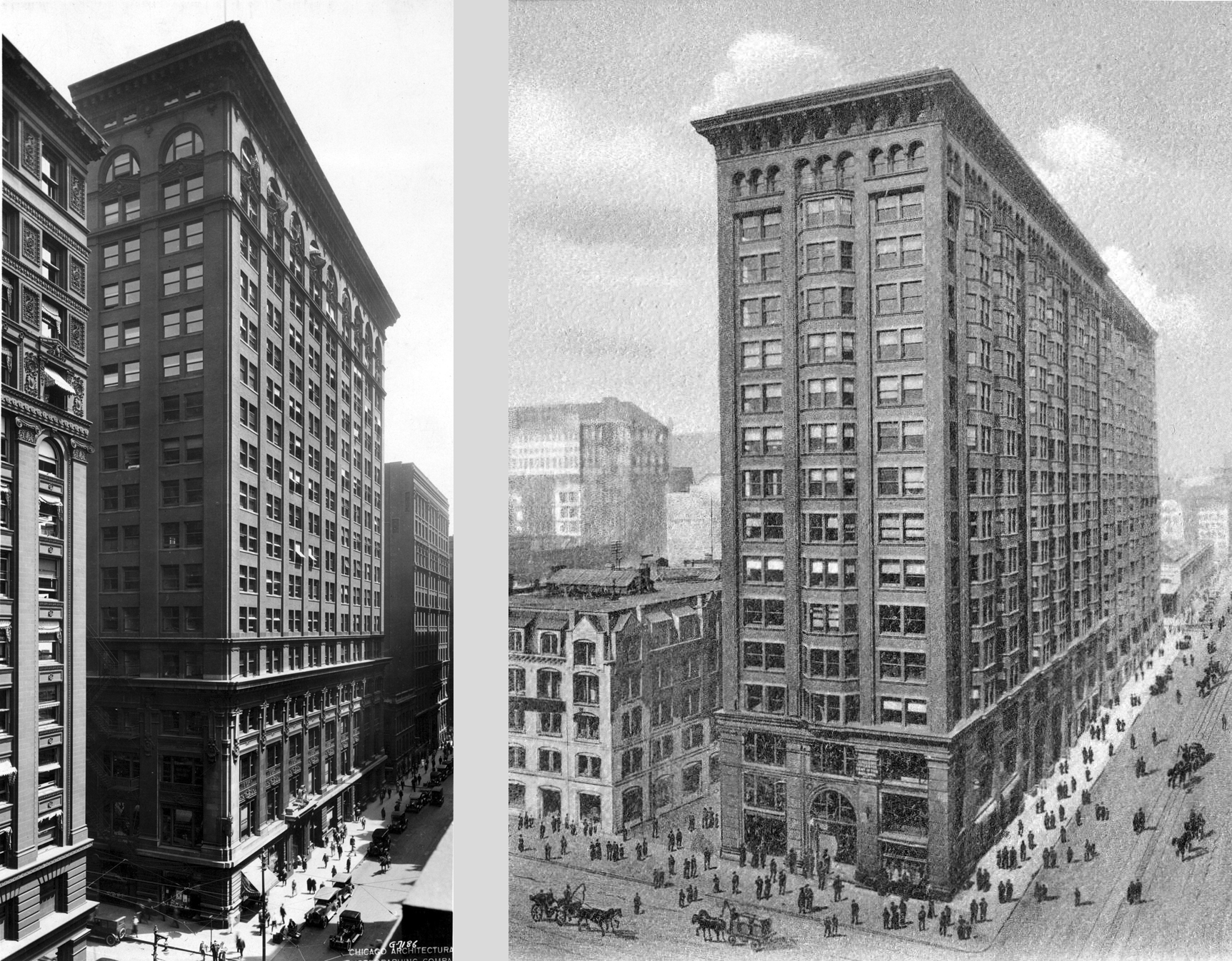 The Eastern Airlines, Inc., have rented the store at 131 West Monroe street, in the Borland building, and will open a new trafic office there the middle of December, according to T. J. Mullen, renting agent. The lessees recently announced that they would inaugurate an 8½ hour service between Chicago and Miami. They will provide a direct outlet for Pan-American Airways to South America from Miami. The latter airline recently leased a store at 103 South La Salle street, in the Borland building, which is to open on Dec. 1.

Plans to Keep Current Use

The Harris Trust and Savings bank announced yesterday it has contracted to buy the Borland building at the southeast corner of La Salle and Monroe streets, adjoining the bank’s quarters.

The bank said the purchase covers title to both the 18 story Borland building and its site, fronting about 190 feet on La Salle and 50 feet on Monroe.

Price Not Disclosed
The purchase price was not disclosed. Half of the property was sold by Chauncey B. Borland and the other half by the estate of Bruce Borland thru its executors, Mrs. Bruce Borland and John J. and William F. Borland.

The Borland family owned the property for about 50 years. Scribner & Co. was the broker.

Stanley G. Harris, chairman of Harris Trust, said that the acquisition will enable the bank to meet possible future requirements for space. The building will continue to be operated as at present.

Major Building Program
As a result of the purchase the Harris will own the complete frontage on the south side of Monroe between Clark street and La Salle extending south to the alley between the Harris property and the Field building.

The Harris completed a major building program in October, 1960, in which it built a 23 story addition at the southwest corner of Clark and Monroe, remodeled its existing 20 story building and a four story build- ing to the west of it, and integrated all three structures. 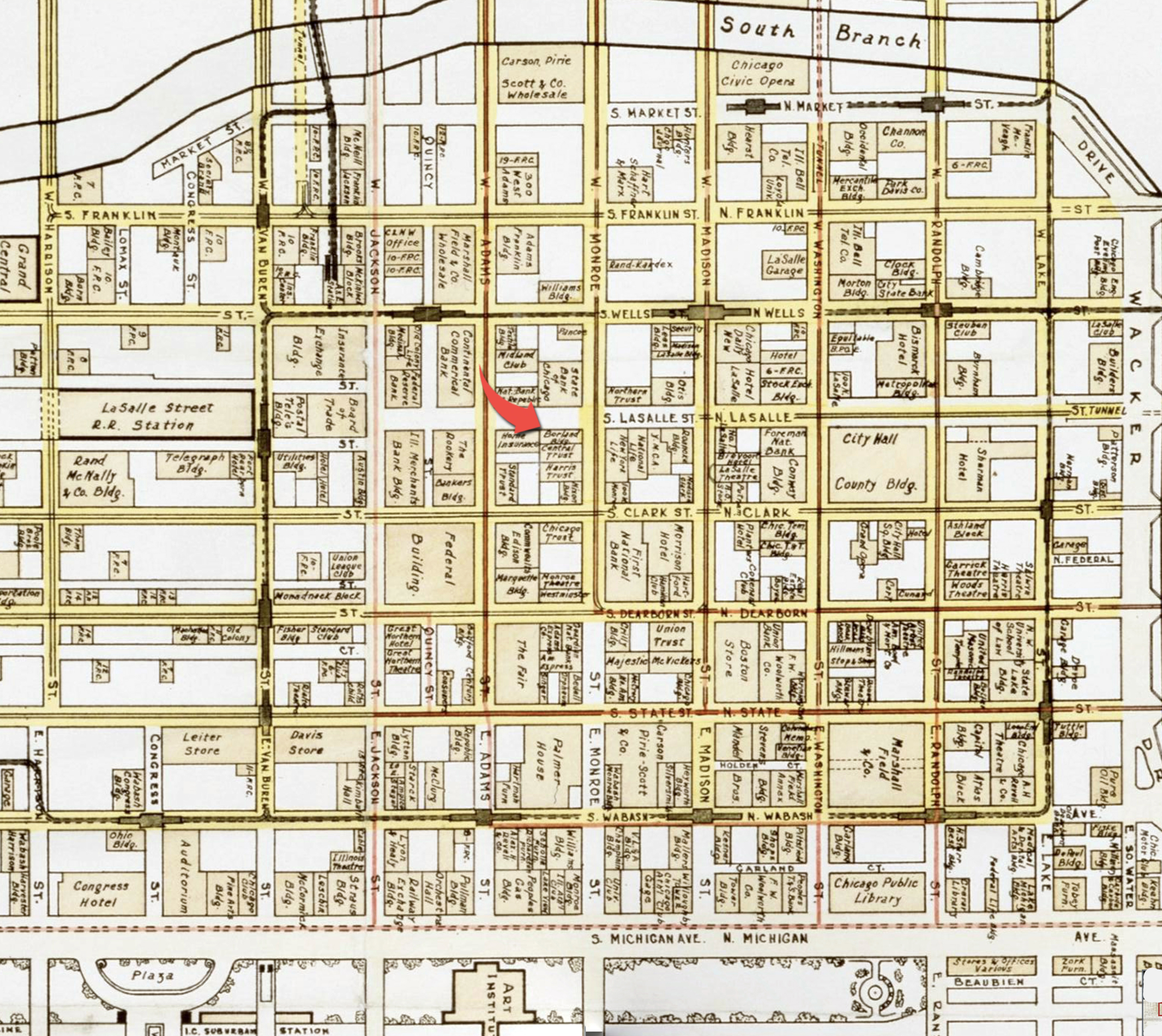