Ad Man Names One After His “Sunny Bill.”

One of the most elaborate building projects in the Wilson avenue district, involving two three story structures with a total east frontage on Broadway, between Wilson and Montrose, of 690 feet, is planned by William D. McJunkin, president of McJunkin Advertising Company, as a result of his making a fifty year lease yesterday with the Chicago Elevated railway of the southwest corner of Wilson and Broadway. This property fronts forty feet on Wilson and 465 feet on Broadway, with a depth at the south end of 80 feet.

Mcjunkin Building at Wilson Avenue and Broadway—an interesting example of the way various Chicago buildings are floodhghted to concentrate attention on the location.

The McJunkin building, at the southwest corner of Wilson and Broadway, will have twenty-seven stores, with a drug store for the corner, which, it is estimated, will rent for around $25,000 annually. There will be space for a large restaurant on the second floor corner. The two upper floors will have twelve foot ceilings, making them suitable for large users of space. It is possible the third floor may be arranged in bachelor suites of seventy-five rooms, all with bath.

Mr. McJunkin’s two buildings will do much to stem the trend of business north of Wilson, and should so considerable to make the Broadway block between Wilson and Montrose one of Uptown;s busiest sections. A recent walk along Broadway between Wilson and Lawrence revealed practically every shop window dark at 9 p.m. Mr. McJunkin promises to keep his building brilliantly illuminated till long after midnight, and will arrange with shopkeepers, probably in his leases with them, that windows be kept well lighted until at least the theater crowds go home. 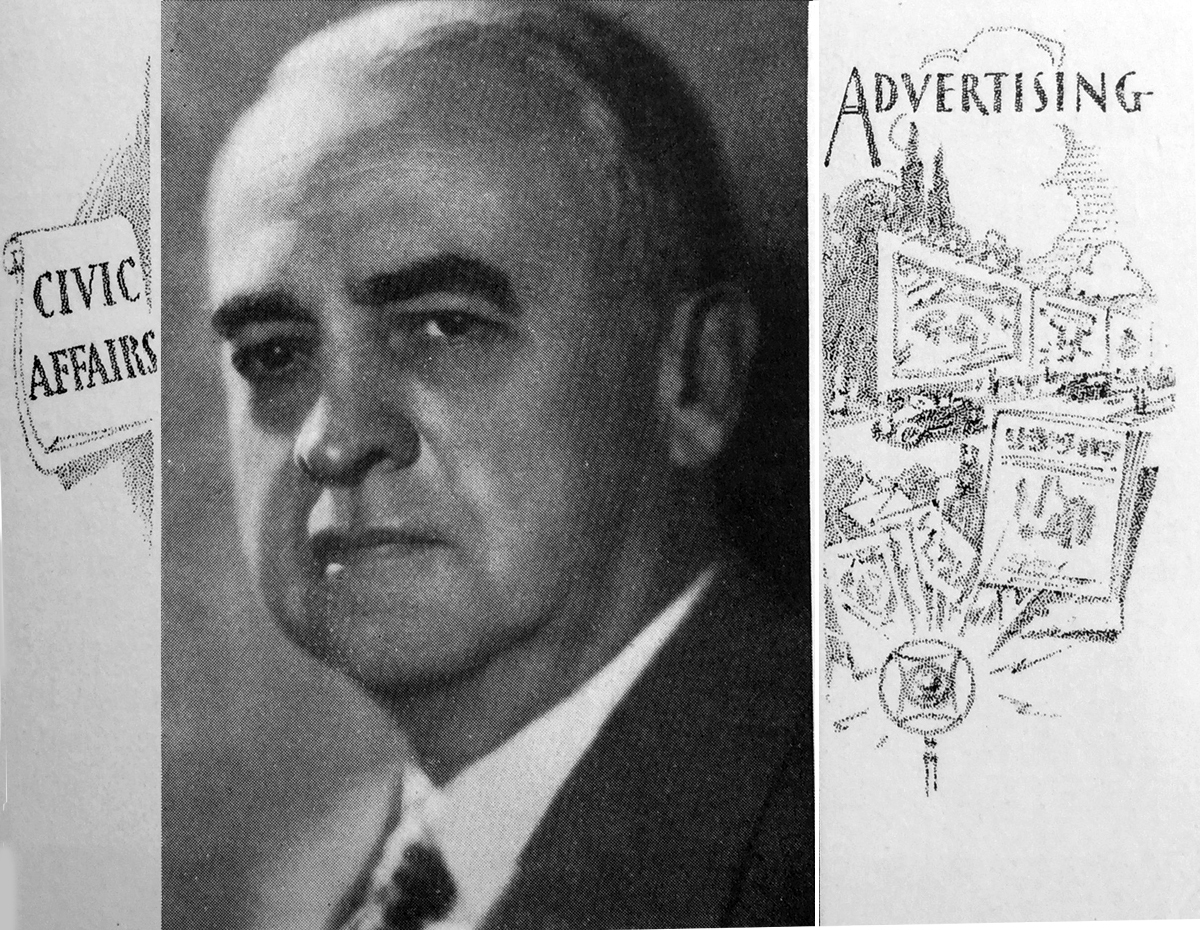 In1933, Schlitz moved their account to McJunkin Advertising. Over a 13-year period, McJunkin encouraged beer drinkers to rediscover Schlitz by promoting “that famous flavor” and offering it as an acceptable beverage to upscale audiences by touting it as “a distinguished beer” suitable “for great occasions.” It also helped promote Old Milwaukee, a new beer Schlitz had introduced.

World War II, however, forced another curtailment of production, and the company refocused on its flagship product. In 1943, McJunkin introduced the “Kiss of the Hops” campaign for Schlitz. 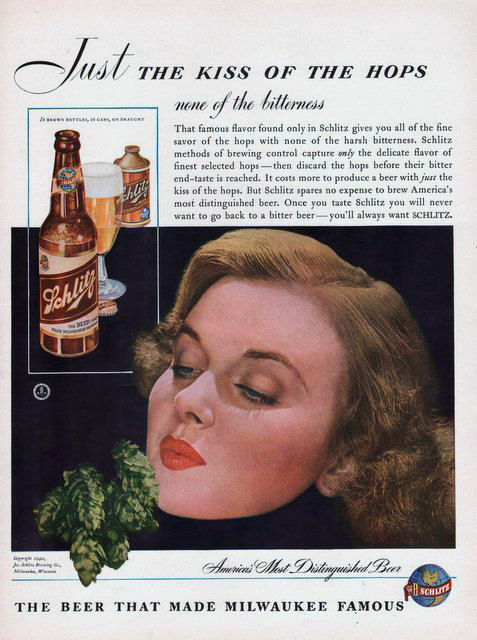