INTRODUCTION
From Volume One of Burton Holmes Travelogues, 1919

Elias Burton Holmes was born in January, 1870, in Chicago. In 1883 he became interested in photography, devoting much time to picture making in the course of his earlier travels in the United States, Cuba, and Mexico. In 1886 he made his first European tour. In 1890 a second and longer tour of England and the Continent gave him the material for his first lecture, “Through Europe with a Camera,” which he presented, as an amateur, before the members of the Chicago Camera Club. In 1893 he made his first professional appearance, presenting “Japan—The Country,” and “Japan—The Cities,” at the Recital Hall of the Auditorium, Chicago, then introducing illustrations all in color for the first time in connection with travel lectures.

During the five following years the Burton Holmes lectures won increasing recognition in the cities of the Middle West. In 1897-98 Mr. Holmes established courses in the larger Eastern cities, then introducing Motion Pictures for the first time. In 1904 he appeared in England, lecturing on American scenic subjects at Queen’s Hall, in London, then using the word ‘”Travelogues” to describe his entertainments. He now appears annually in New York, Brooklyn, Boston, Philadelphia, Washington. Pittsburgh, Chicago, Milwaukee, Saint Louis, and San Francisco, giving from ten to twenty performances in each city, presenting five new subjects every season.

In spite of the increasing demands upon his time for platform work, Mr. Holmes continues to devote from five to eight months of the year to travel and the preparation of his Travelogues. 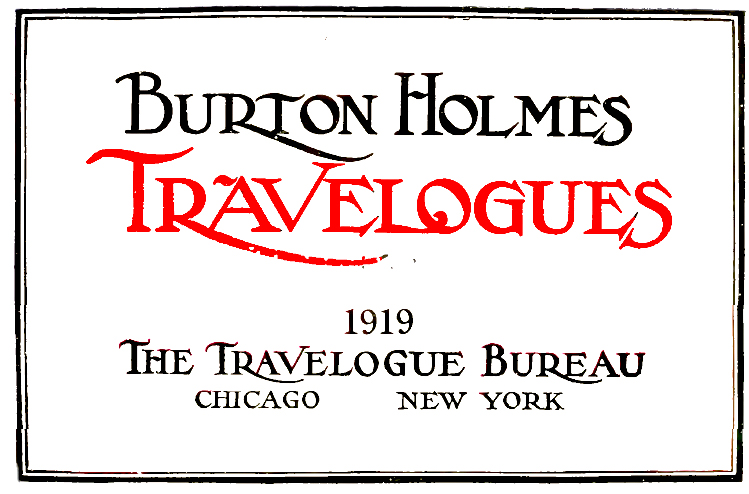 BURTON HOLMES’ LECTURES.
Mr. E. Burton Holmes gave his second lecture on Japan yesterday morning and last evening in Recital Hall, Auditorium, again entertaining large audiences. His subject this time was the “Cities of Japan,” and, if anything, is more interesting than that descriptive of the country, though the public would not perhaps be inclined to discriminate against either, both being so excellent, each so delightfully complementing the other. There is not a dull instant in Mr. Holmes’ talk, which is bright, animated, eloquent, and he has so enthusiastically pursued his subject that he has in his manner that quality of sincerity and spontaneity that creates a feeling of enthusiastic enjoyment in the listeners. The colored photographs that are thrown up by the stereoptican in illustration of the lecture give a reality to what is said, and surely no one has done more to make Japan seductive to the prospective traveler than Mr. Holmes is doing in these lectures, which it is his purpose to deliver elsewhere. “The Cities” begins with Tokio, the modern metropolis of Japan, and concludes with a visit to Miyajima, the sacred island. Among the interesting things described, were experiences at the playhouse, where was seen the nit uncelebrated Danjiro, the Irving of Japan, as Mr. Holmes is pleased to say. The careful description of objects of interest in the various cities, the comments upon the peculiarities of the people, and the numerous bits of information, gossip, and suggestion that the observing traveler gives to his narrative make Mr. Holmes’ lectures as valuable as they are entertaining. He has now in preparation lectures on Cuba and Mexico that will be heard in the course of the season.

THE LAUNCH OF A POPULAR LECTURER

It was about ten years ago that a young man of inherited wealth, and belonging to one of Chicago’s first families, returned home from a pleasure trip to Japan. He was known to his friends as an indefatigable amateur photographer, and at the request of the Chicago Camera Club he exhibited the pictures he had taken in the Mikado’s kingdom as a collection of lantern slides. Of course he was obliged to explain things as he went along, and both the pictures and the talk were so enjoyable that he was urged to repeat the entertainment, this time for a fashionable charity. Then another pet benevolence put in its claim to be remembered, and so it went on, until the young man, not yet of age, discovered that he had blossomed into a full grown amateur lecturer.

The next summer he went globe trotting again, and on his return with fresh views and a new fund of information he determined to turn professional. He had grown fond of the work, and as he had no business interests to claim attention, he decided that he could not better occupy his time than by following the bent of his inclinations. For four seasons he limited his field to the Western cities, but last year, on the retirement of John L. Stoddard he stepped into the latter’s shoes, and the Burton Holmes Lenten Lectures were a feature of the season at Daly’s.

Last summer Mr Holmes journeyed to the Hawaiian Islands. Here he was an eye witness of the scenes incidental to annexation, and to the halting of transports on their way to Manila, and his views include not only the usual colored stereopticon slides, but moving pictures as well. Another spot from which he has secured fresh material is the Grand Canyon in Arizona.” 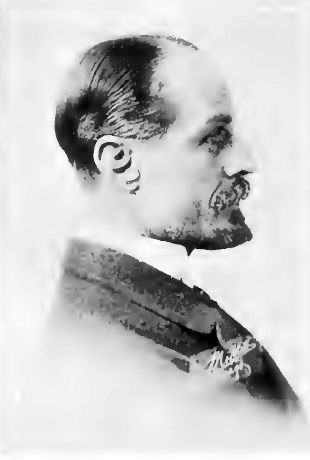 BURTON HOLMES, famous traveler and lecturer on travel, has been added to the Paramount forces. Through a contract just signed, his travel pictures will be released and booked solely through the Paramount exchanges, beginning in January.

Mr. Holmes will personally edit, assemble and manufacture these films, which will embody the same kind of views which he has been showing in connection with his “Travelogues.” At the present time, it is announced, he has enough material to give to motion picliiie audiences, through Paramount, a new subject every week for more than a year.

Further details as to the exact nature of his first releases and the dates on which they can be seen will be made known soon.

“It is our aim to make the Paramount-Burton Holmes Travelpictures short, to offer plenty of variety, and to bring out the human interest in the life of the countries to be visited on what we might call ‘Our Easy Chair Journeys,’ ” said W. W. Hodkinson, president of the Paramount Pictures Corporation, in discussing the new arrangement.

Practically eight months of the year, Mr. Holmes devotes to the search for something new, picturesque, or awe-inspiring. With his two associates, Oscar Bennett Depue, lantern operator and camera expert, and Louis Francis Brown, business manager, Mr. Holmes is said to have traveled more than two and a half million miles.

He was the first lecturer to introduce an entire program of colored views, and the first to realize the value of motion pictures in illustration of travel.

He has brought his audiences genuine and original pictures where action was the keynote of interest, such as native dances, waterfalls, geysers, street scenes, pageants and parades, and religious ceremonials.

Besides placing at the disposal of Paramount his library of motion pictures, Mr. Holmes will continue his travels on the limit for new subjects, lie will also write the descriptive titles for all the films.

These travelpictures will take the theatre goers to all the interesting places in North America, from Alaska to Florida, and from Niagara to the Yosemite, as well as to the Orient, Europe, and so on to other interesting parts of the world. 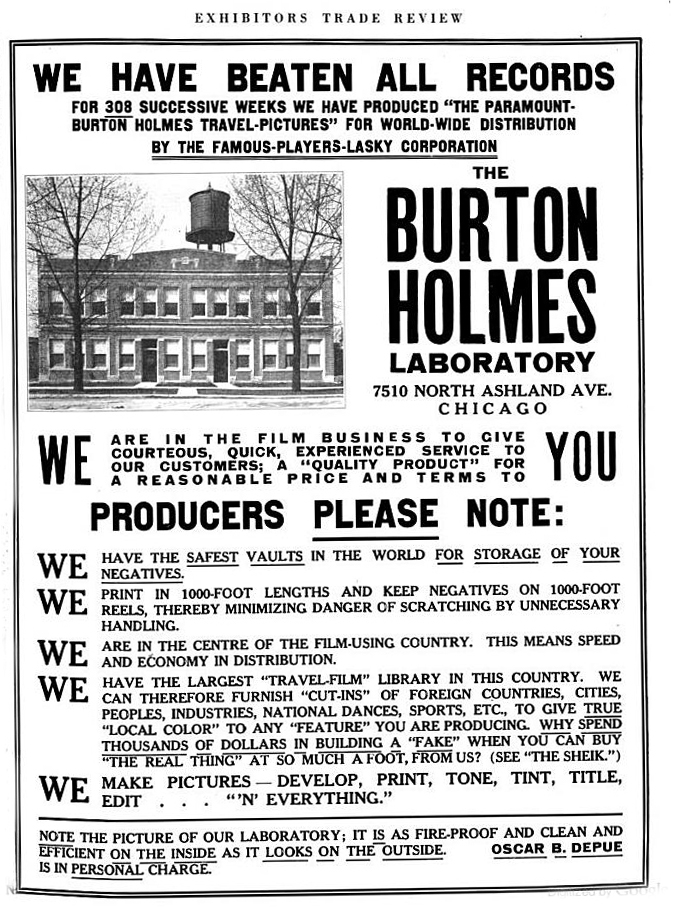 Burton Holmes, the lecturer on travel, says that the Indians of Alaska regard white men and canned goods as so closely associated that they are nearly synonymous. Wherever the white man is seen canned meats, fruits, and vegetables are found. When Mr. Holmes visited Alaska recently one of his fellow travelers carried with him a phonograph, and it was exhibited for the benefit of the head men of one of the local Indian tribes. The old chief, who had never seen a talking machine before, showed marked interest in the performance, and when the sound of a human voice came from the trumpet of the phonograph he listened gravely for a time and then approached and peered into the trumpet. When the cylinder was finished and the voice stopped, the old chief pointed at it, smiled broadly, and remarked: “Huh!. Him canned white man.”

Originally Mr. Holmes had lantern slides, printed from his black and white photographs, hand-colored with great care in Japan. Later he found American artists to do this work.

One of his coloring artists was Chicagoan Helen Esther Stevenson of Chicago, who was an organizer of the Chicago Camera Club and later its president. She was credited with the coloring on, for example, the slides used during the 1902 lecture series. She worked for Mr. Holmes for many years until her death in 1914, accompanying him on some trips and getting into some interesting and dangerous places. 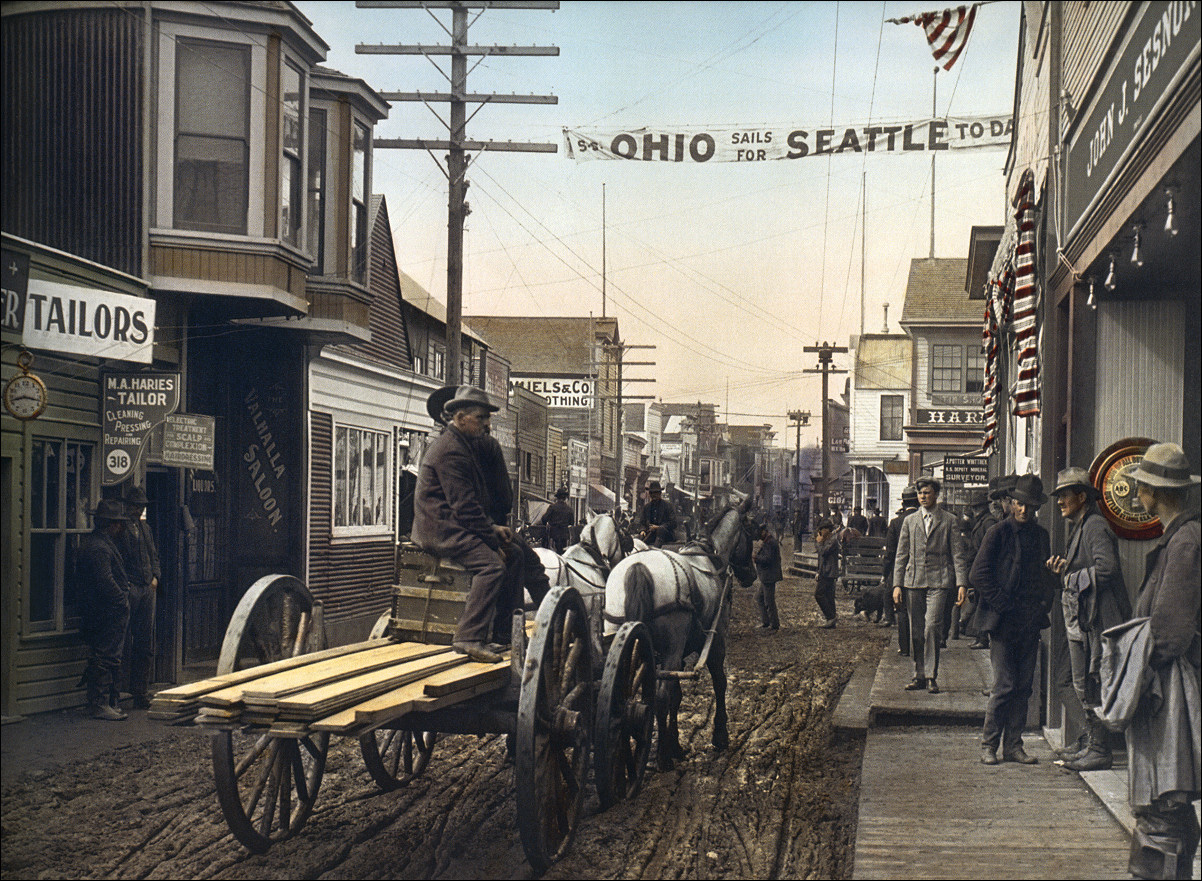 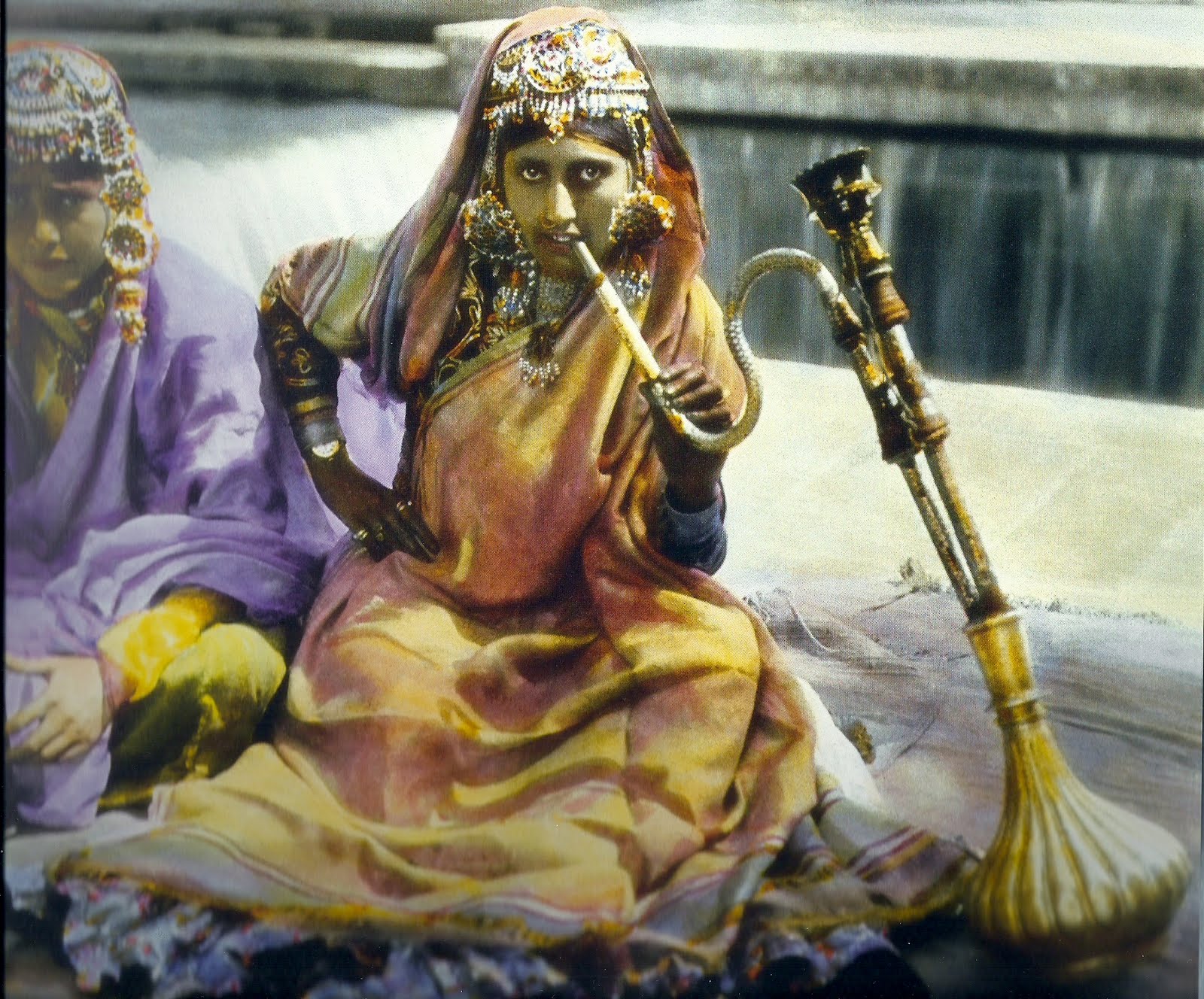 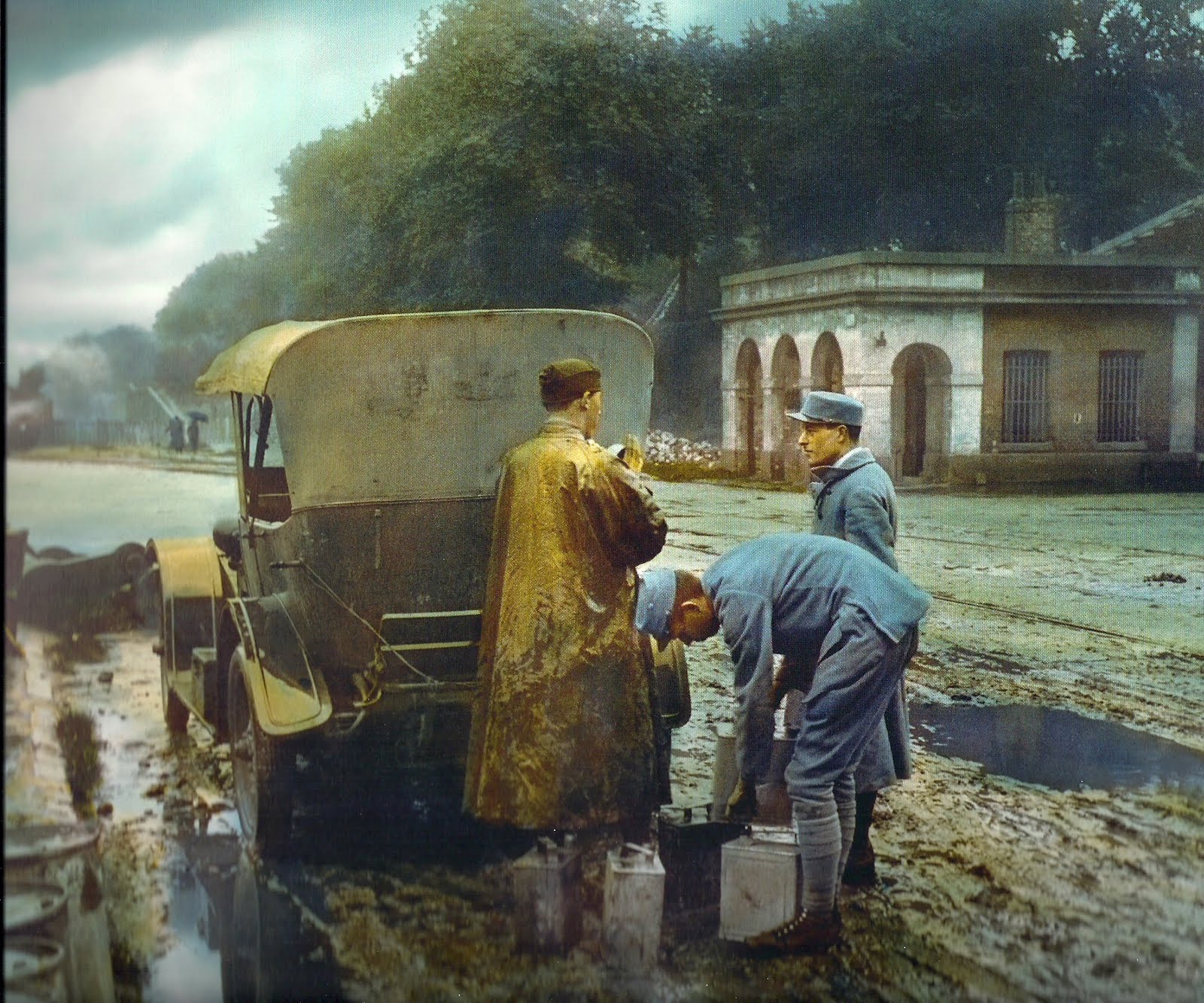 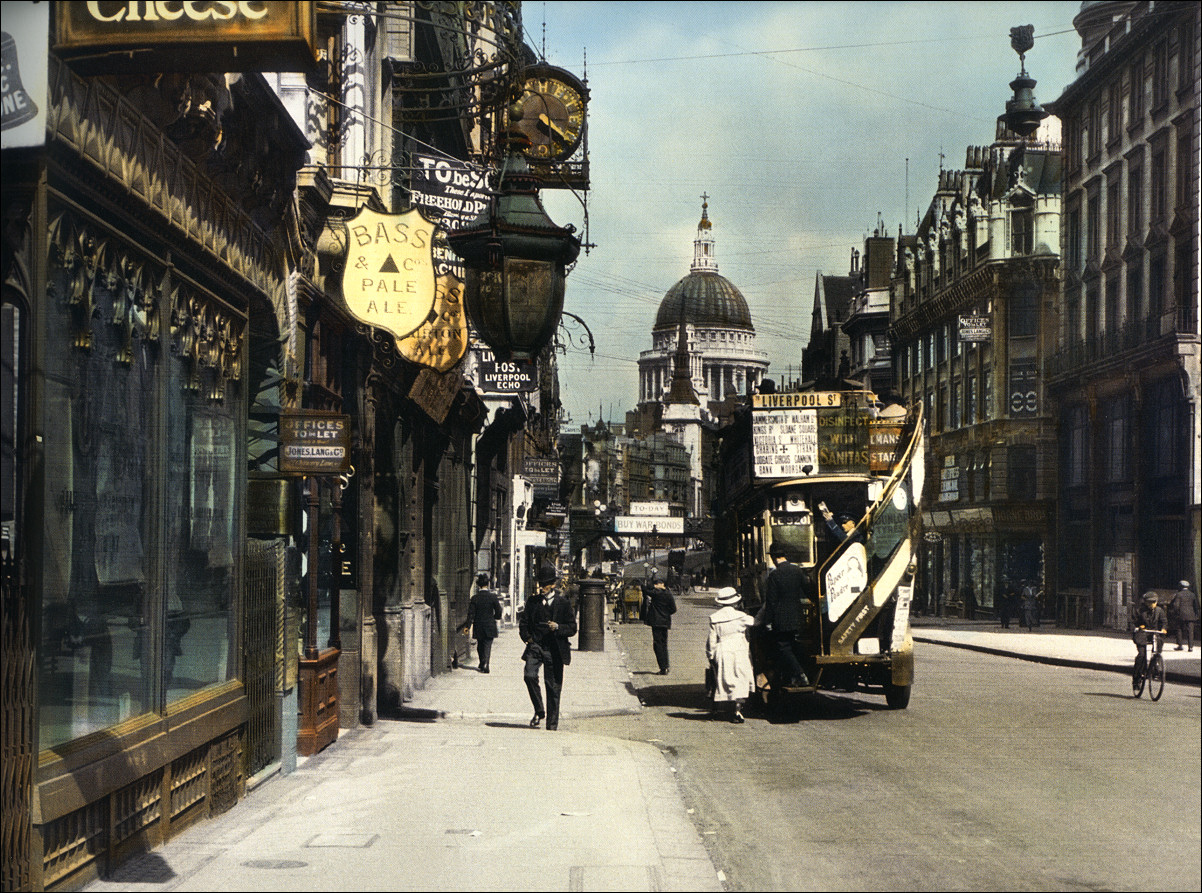 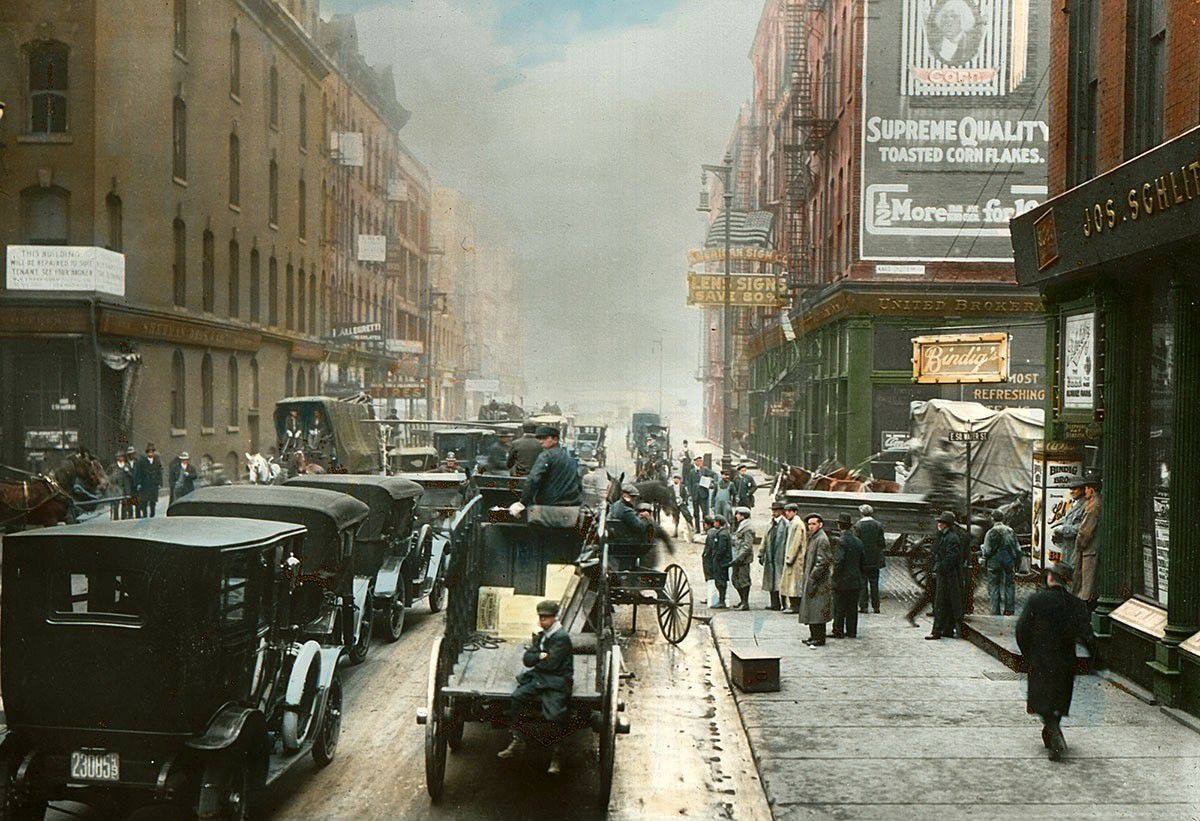 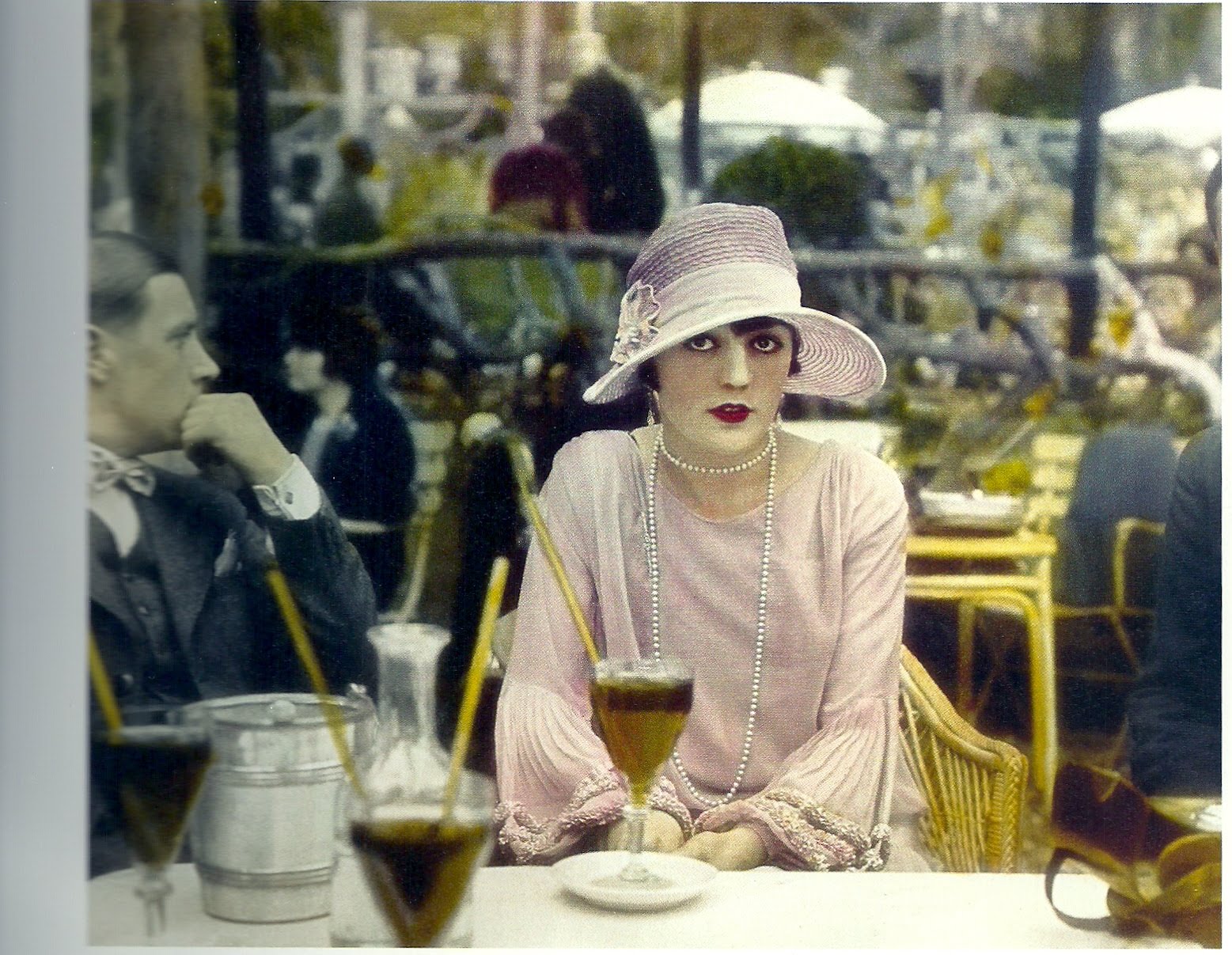 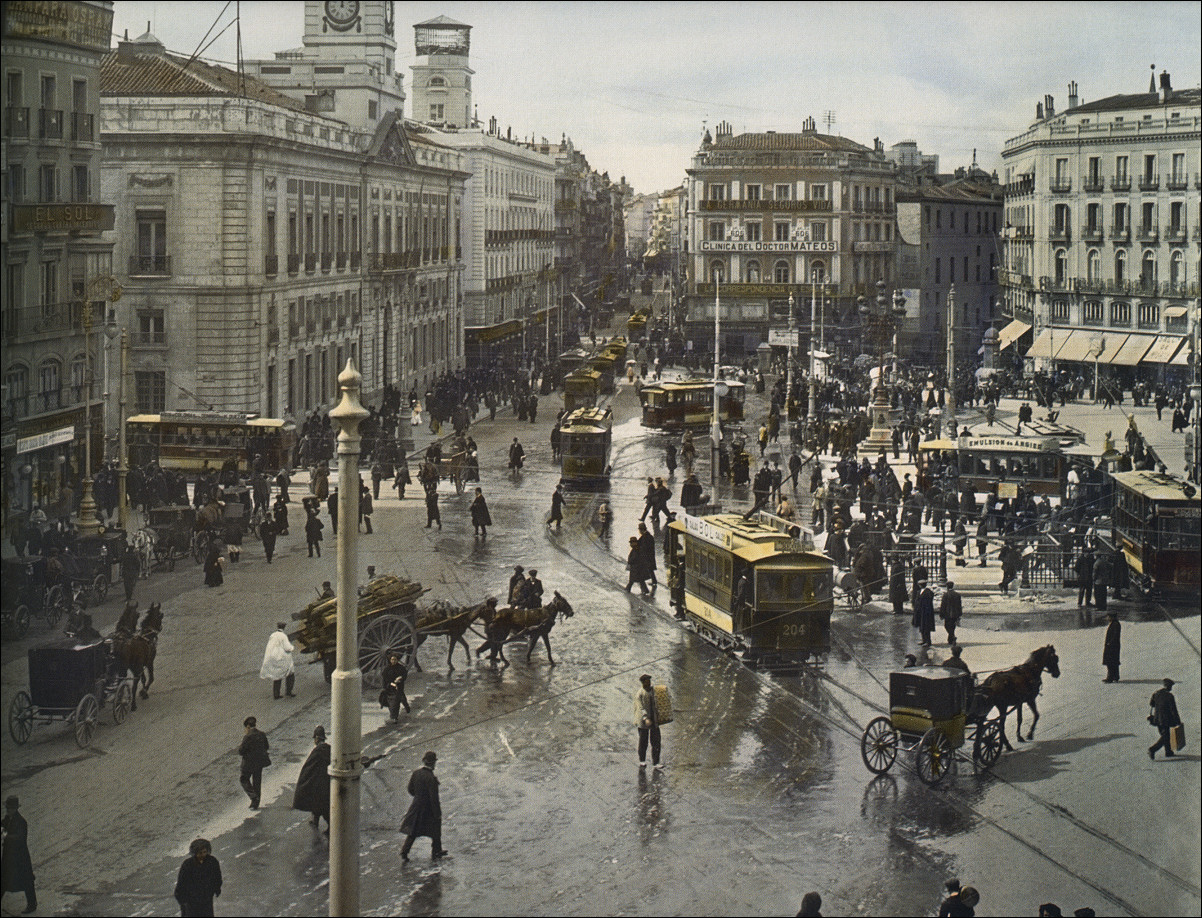 To Milwaukee on the Christopher Columbus
Burton Holmes Films, Inc.
Circa 1920

The Burton Holmes Plant
1921
Whenever beautiful scenics and adventure pictures are mentioned one usually thinks of Burton Holmes,originator of the travel picture and one of the world’s most famous adventurers. His laboratory in Chicago was originally built to specialize in high class scenic prints and so much success attended the first efforts that the plant was enlarged and is now handling some of the finest work in the country under the direction of Louis Francis Brown.

The plant is equipped with vaults which are said to be the safest in the world. Prints are made in 1000-foot lengths and negatives kept on 1000-foot reels, thus minimizing danger from scratching. In a addition the plant contains the largest film laboratory, and the most varied in the world. The Sheik, recently produced by Paramount, and one of the biggest successes of the season, used scenes from this library. 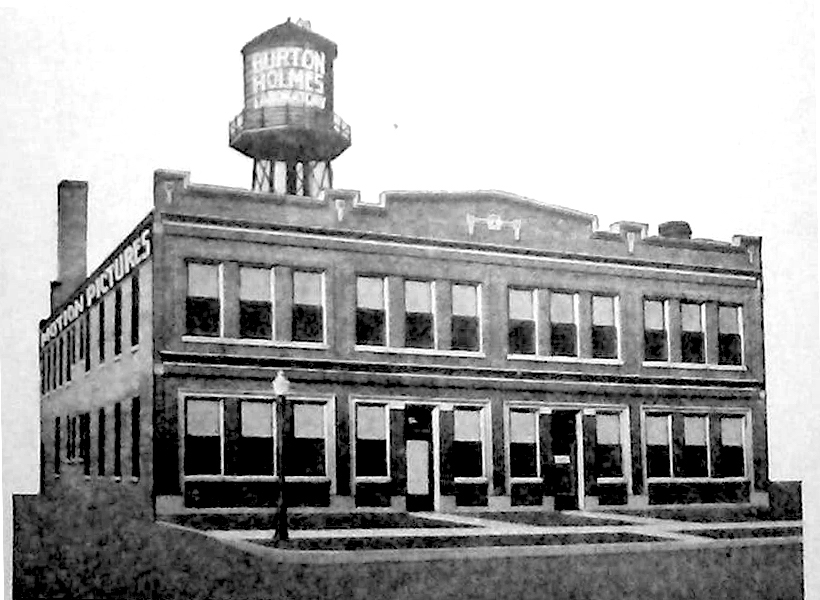 In August 1948, the entire plant and facilities of Burton Holmes Films, Inc. were sold to a subsidiary of Del Laboratories, Inc of New York. Afterward, it became the home of the Howard Area Community Center’s Family Center.