THE ADVENTURES OF KATHLYN—NO. 1—THE UNWELCOME THRONE (Special—3 parts—Dec. 29). —
THE first of the long awaited series of “The Adventures of Kathlyn,” being produced by the Selig Polyscope Company, has at last been finished and one day last week was shown at a private exhibition\ to the trade press. This is the phenomenal series of animal pictures featuring Miss Kathlyn Williams, the “fearless one,” and is not only superbly acted, lavishly staged and splendidly photographed, but also tells a powerful, gripping story, one that is sure to hold the interest of any audience and bring it back to see the next the story.

The story of Kathlyn’s adventures was conceived by the brilliant brain of Harold MacGrath, the celebrated novelist, and the scenarios for the entire series were prepared by Gilson Willets, while Director F. J. Grandon is to act as producer in the Selig studios. 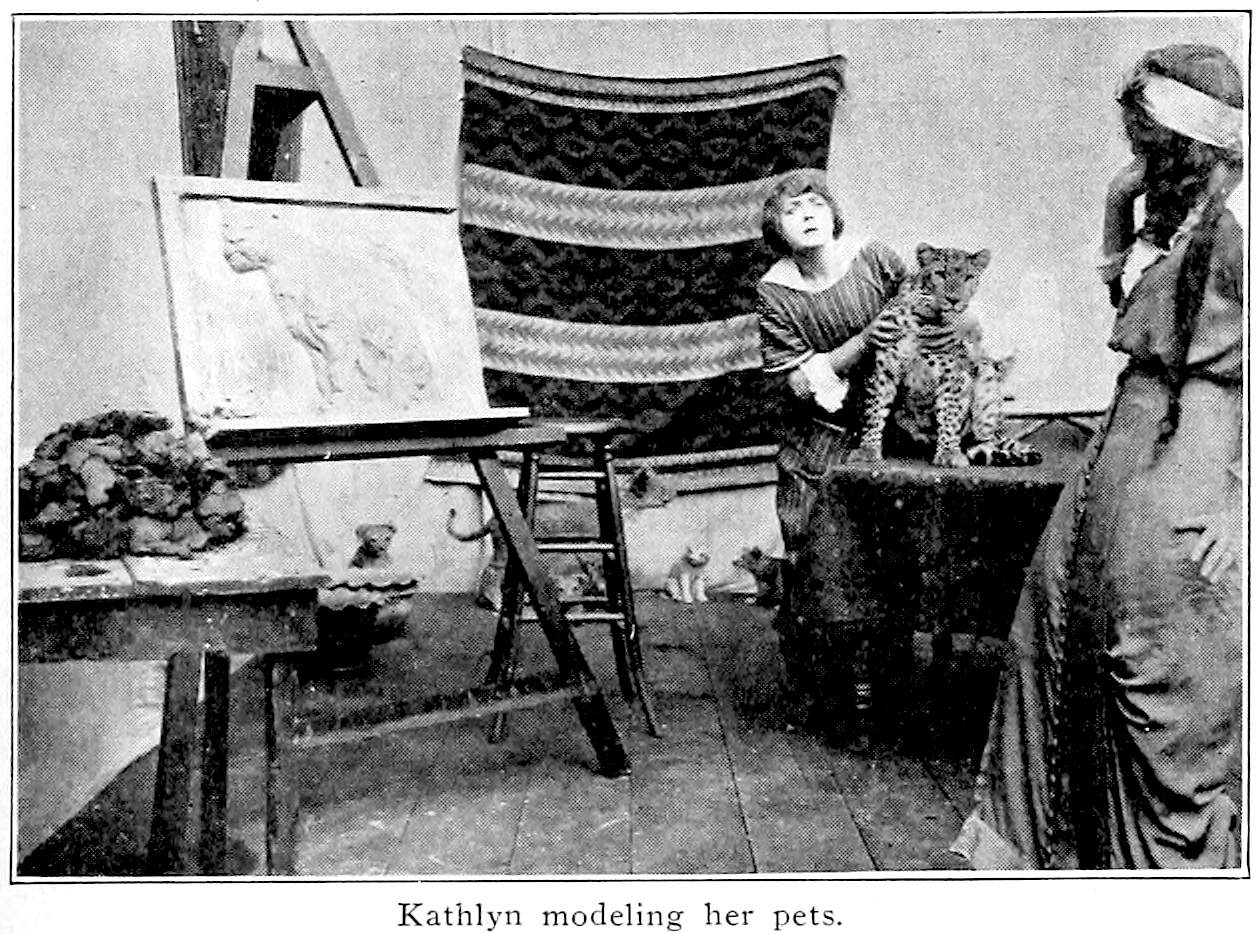 Leopards, a lion, and a whole herd of elephants appear in the first three-reel picture and series is only starting. If the pace which has been stt’in this first “adventure” can be maintained throughout the entire series the Selig people will certainly have set a high mark for others to aim at. Already it seems safe to predict that “The Adventures of Kathlyn” will far surpass their previous masterpiece “The Coming of Columbus,” which still lives in the minds of all who had the pleasure of witnessing it.

The story opens in the California home of Col. Hare, a collector of wild animals, and we behold Kathlyn, his daughter, busy in her studio, where she models her father’s pets in clay. A pet leopard is being modeled when we obtain our first glimpse of Kathlyn and a more beautiful or graceful creature of the jungle has seldom been seen on the screen. Winnie, Kathlyn’s sister, romps into the studio and startles the leopard which leaps toward her collie dog, but Winnie takes refuge in the leopard’s cage and so escapes its claws. The animal is captured meanwhile by Kathlyn and her father and again confined in its cage. Col. Hare then takes his daughters into his bungalow and relates to them the story of how he secured that particular pet. He explains that while hunting wild beasts in the jungles of Allaha, a principality in India, he was able to save the life of the king when this leopard leaped upon him and the king’s cowardly councilors fled in panic. For this service he was given a decoration and the king proclaimed that if he died without issue Hare or his descendants were to inherit the throne. The girls are greatly impressed by the story.

Some time later Hare starts hurriedly for India and, before departing, seals up a large envelope and addresses it “To be opened at midnight, December 31,” telling Kathlyn if he is not back by that date that the letter is to be read. Time passes without any word being received from Hare and during the afternoon of December 31 Kathlyn shows her sister the envelope and tells her that at midnight they will open it.

During their absence from the room a strangely garbed Hindu enters the room, extracts the letter from the pigeonhole and steams it open. In handling the contents he permits us to see that Hare’s instructions forbade his daughter to follow him to Allaha, but the Hindu seats himself at the table and writes another note which he places in the envelope and reseals it. 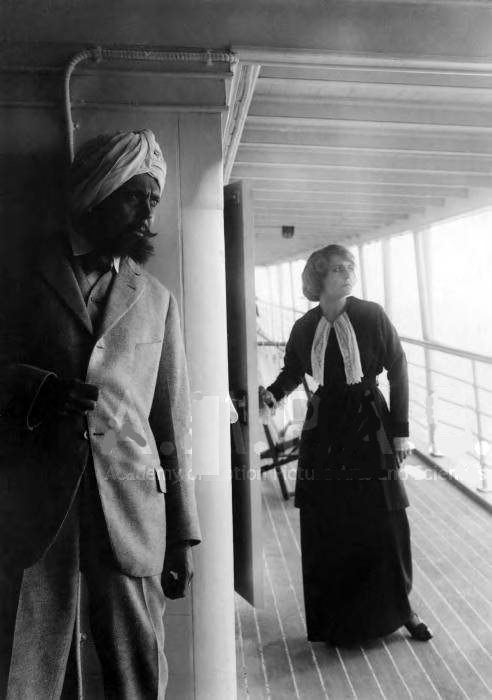 At midnight Kathlyn and her sister open the envelope and find the Hindu’s instructions, reading “If I have not returned at this hour it is because I am held captive by the people of Allaha. The only way that I can be saved is by having possession of the sealed envelope enclosed herewith. Bring it yourself to my headquarters in Allaha.” Kathlyn is a woman of energetic action and that very night she starts on her long trip, though it is necessary for her to take a night freight in order to make her steamer connection. There she meets the strange Hindu who had entered her home and substituted his message for the one left by her father, and saves him from a lion, which escapes from its crate and is about to attack the train crew and passengers.

When the steamer reaches India the strange Hindu hurries on ahead of her to Allaha and we then learn that he is Prince Umballah, who has already imprisoned Col. Hare in a dungeon of the royal palace and threatens to hold him there indefinitely, unless he promises to ascend the throne without any conditions attached to his taking it. Col. Hare indignantly refuses to accede to Umballah’s request and is told that his daughter will then be made queen and compelled to take Umballah as her consort.

Kathlyn reaches Allaha mounted on an elephant, that being the only means of transportation, and goes at nice to her father’s bungalow. Prince Umballah arrives, makes known his identity and shows her an urn which he says contains her father’s ashes, he having died and been cremated. With elaborate ceremony the urn said to contain her father’s ashes is placed in a secret crypt beneath the palace, alongside the ashes of former kings of the realm, and Kathlyn is told that she must ascend the throne. She is confined in the harem to await the day of coronation and after a gorgeous Durbar is conducted to the jungle throne of the kings of Allaha. There, gowned in costly robes of state, she ascends the dias and is crowned queen, amid the rejoicings of the people. Prince Umballah then tells her through the councilors of state that she must marry him, and thus plans to rule the realm through being her consort. Kathlyn shrinks from him and in desperation appeals to the people.

This ends the first story of the series and the third reel of the picture. The continuation of the story will be shown in series two of “The Adventures of Kathlyn,” which is to be released two weeks following the release of the first subject of the series.

The cast in the first “adventure” is as follows: 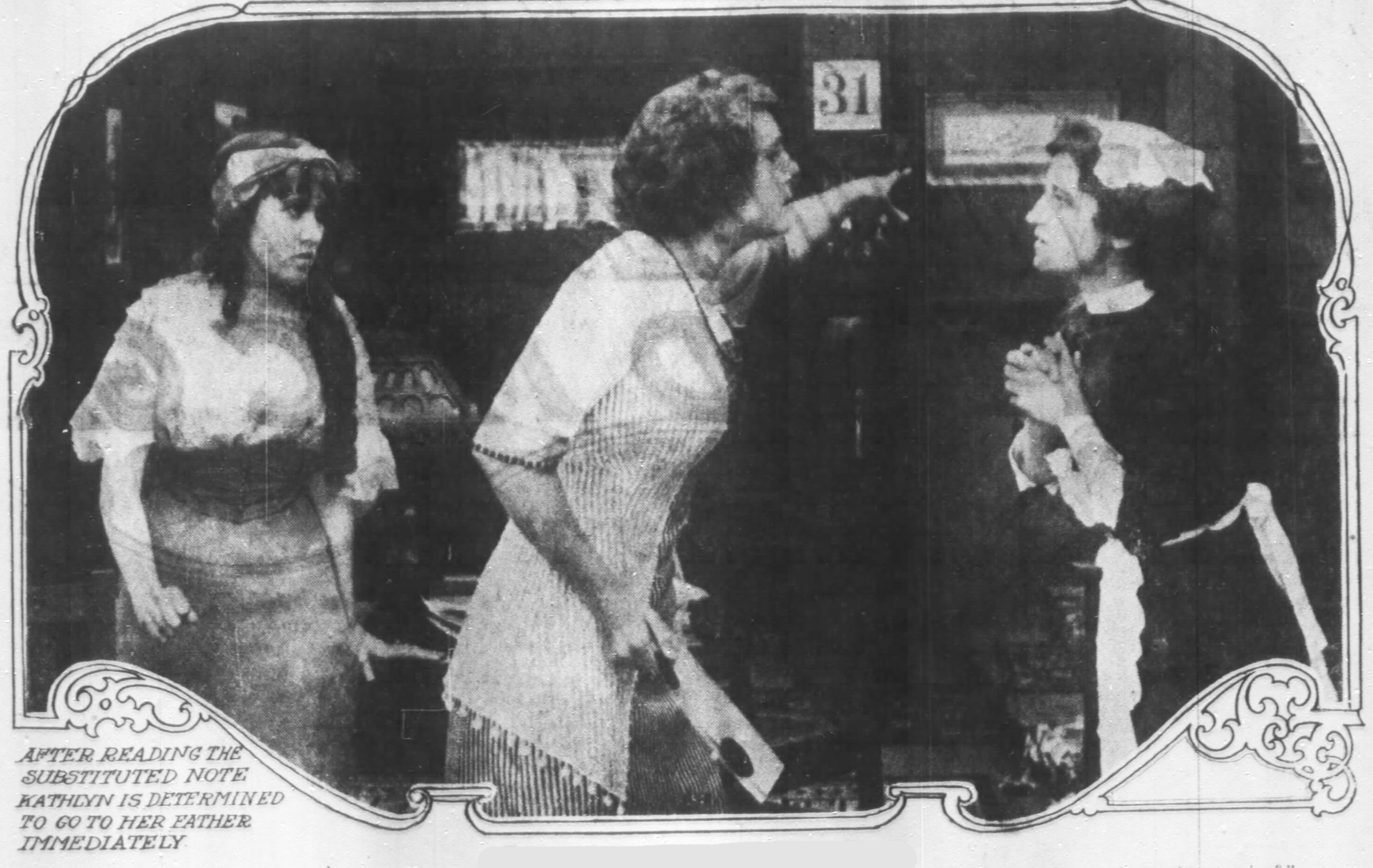 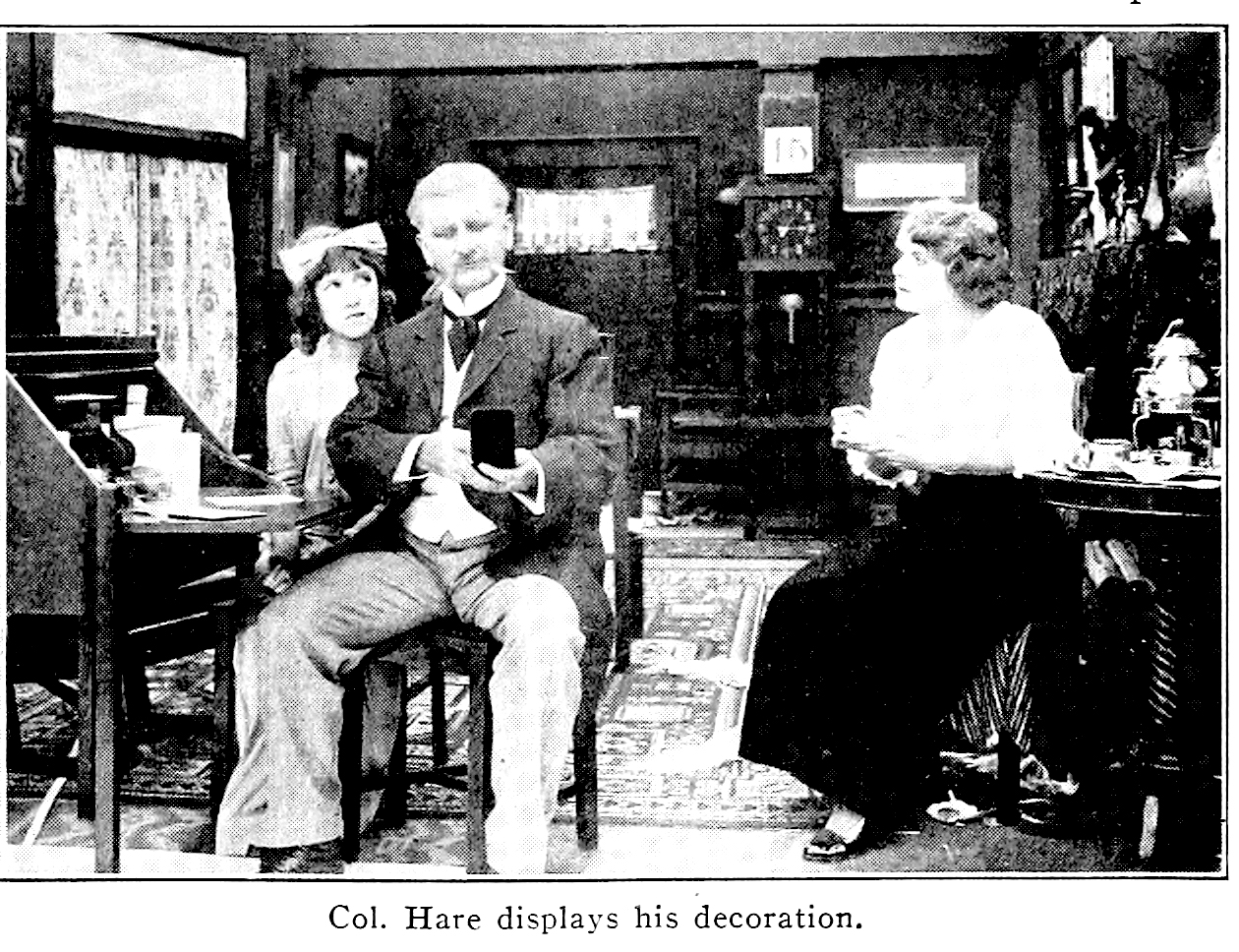 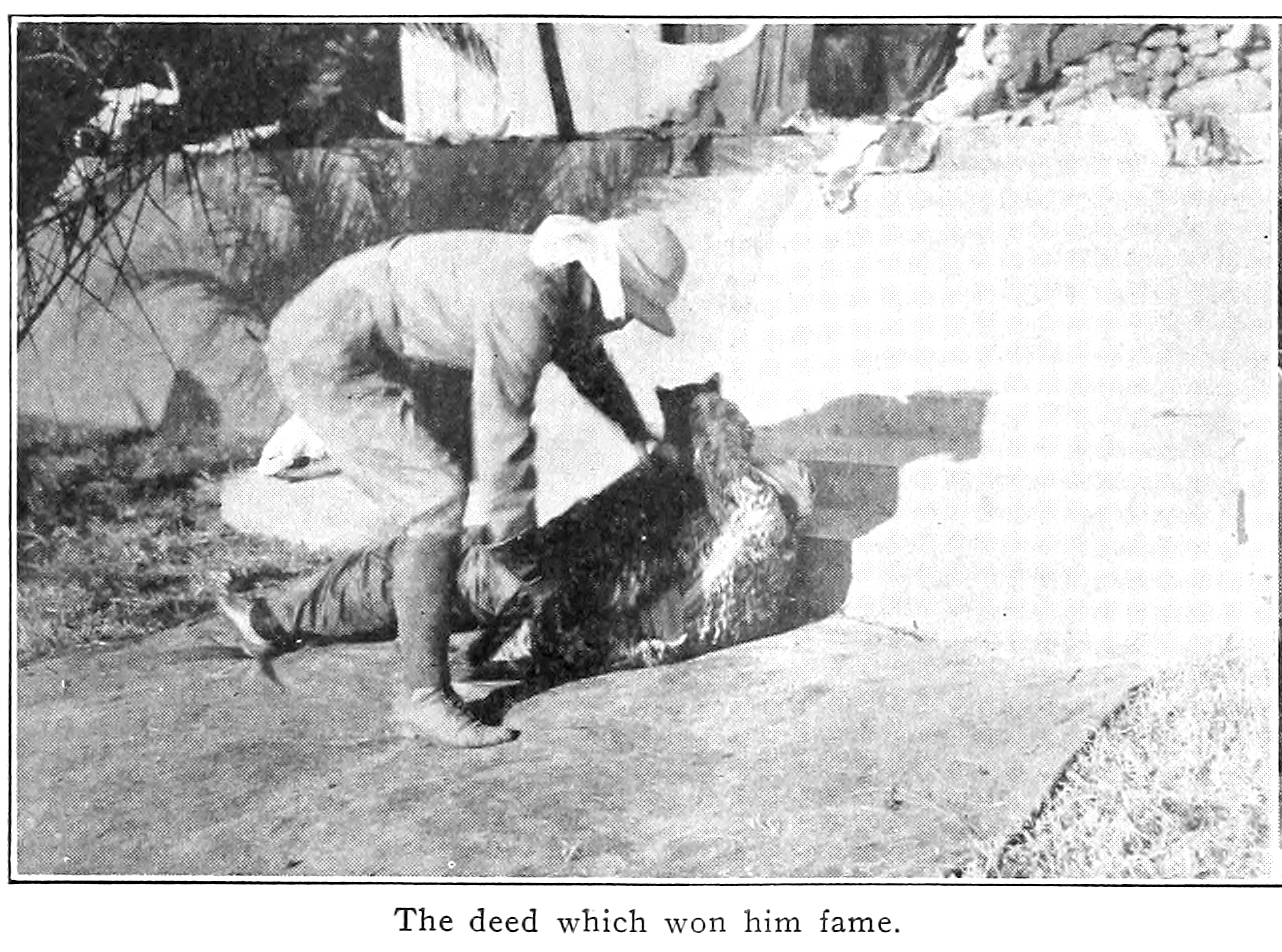 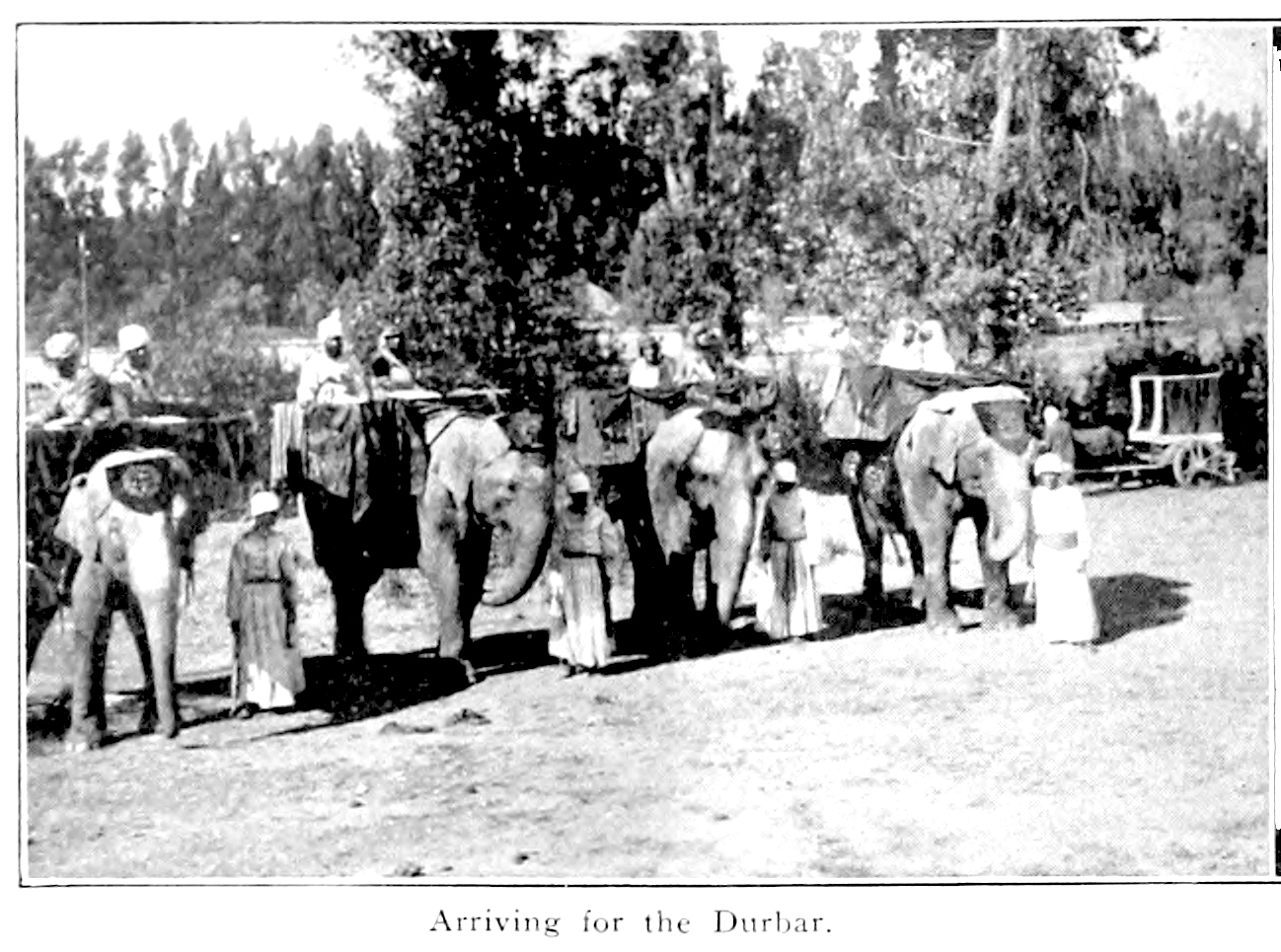 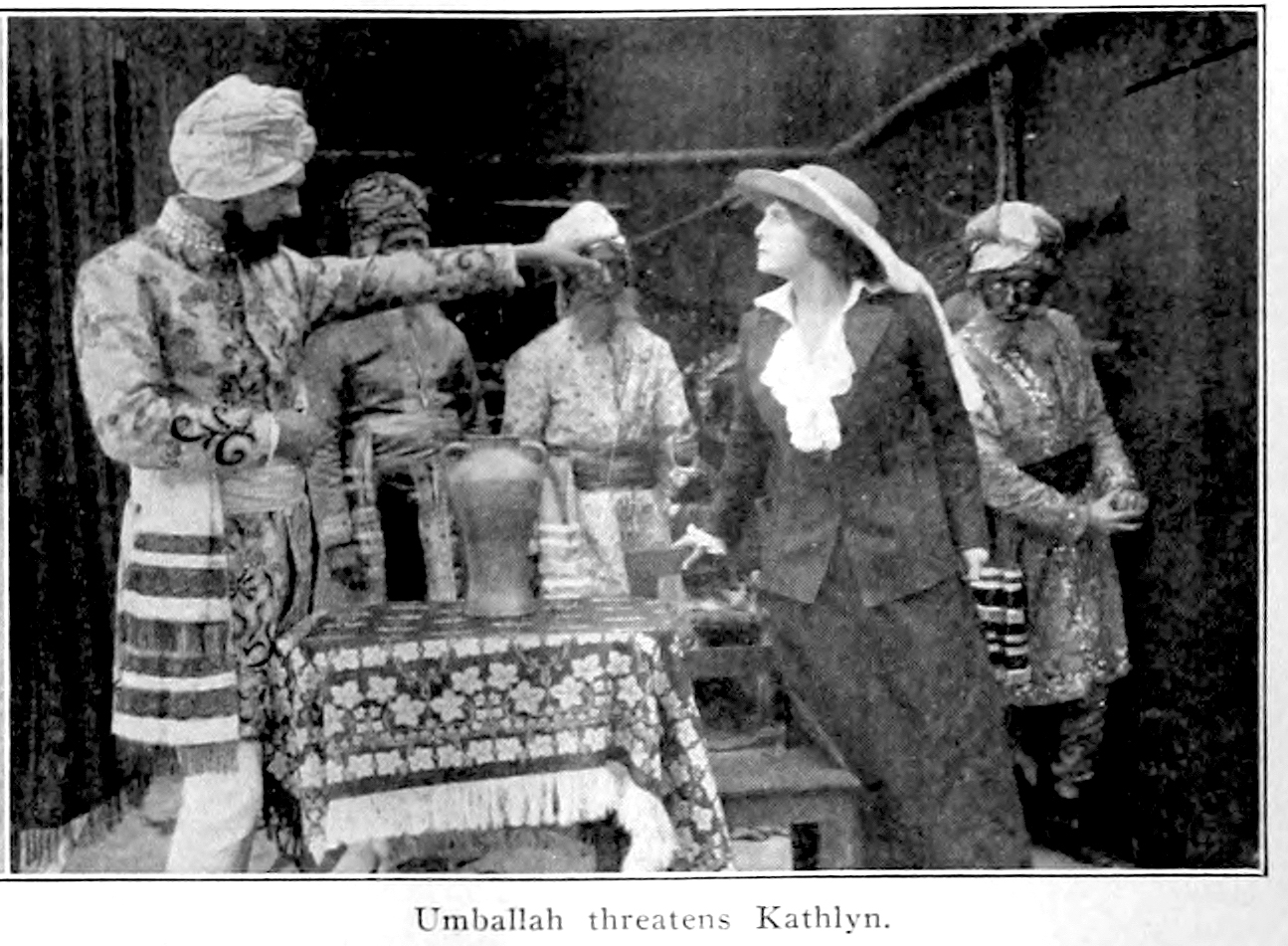 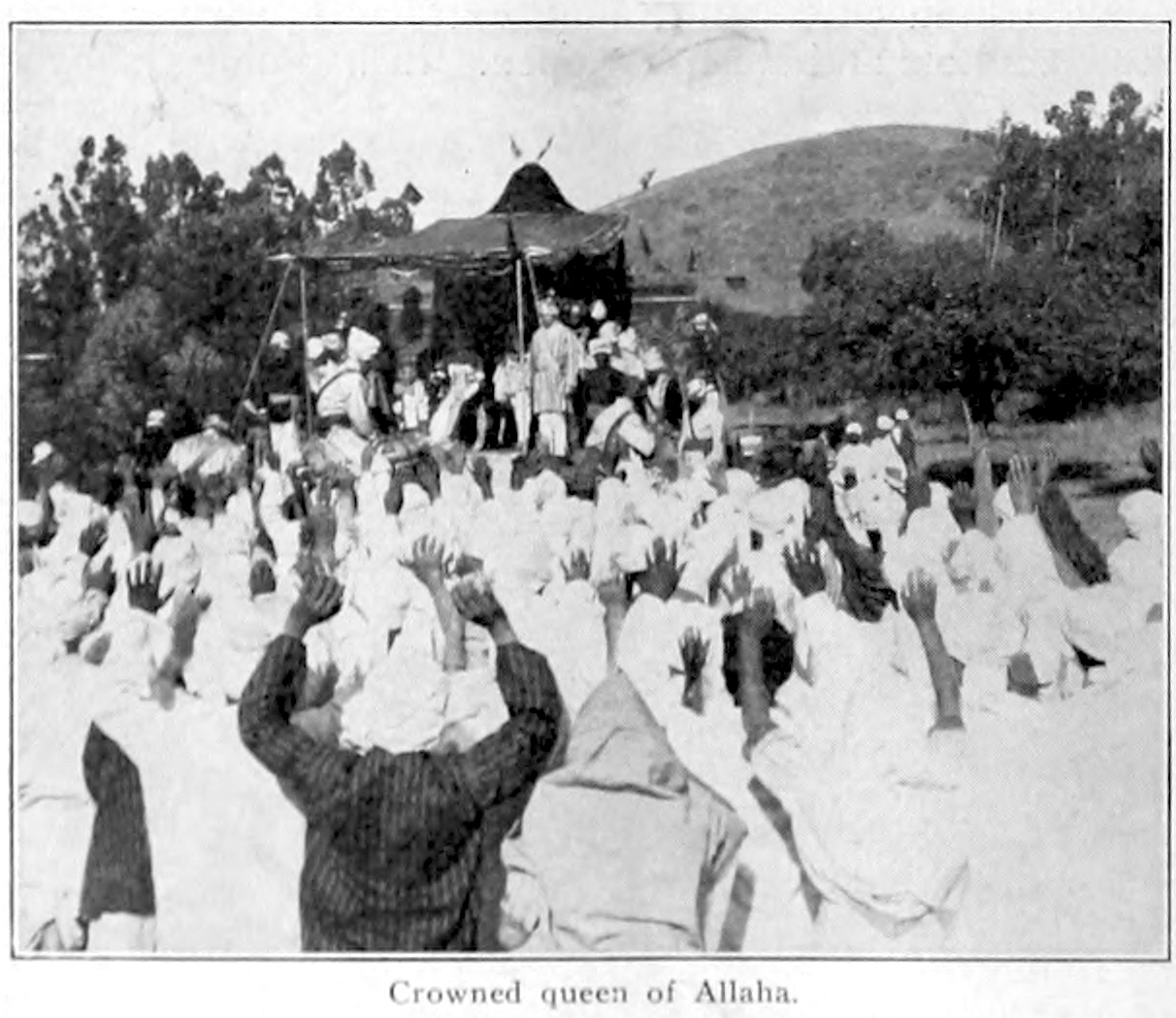 The film is presumed lost: Prints exist in La Cineteca del Friuli film archive (episode 1 only); and in the EYE Film Institute Netherlands (compilation of print fragments from the first chapter), which can be viewed above. 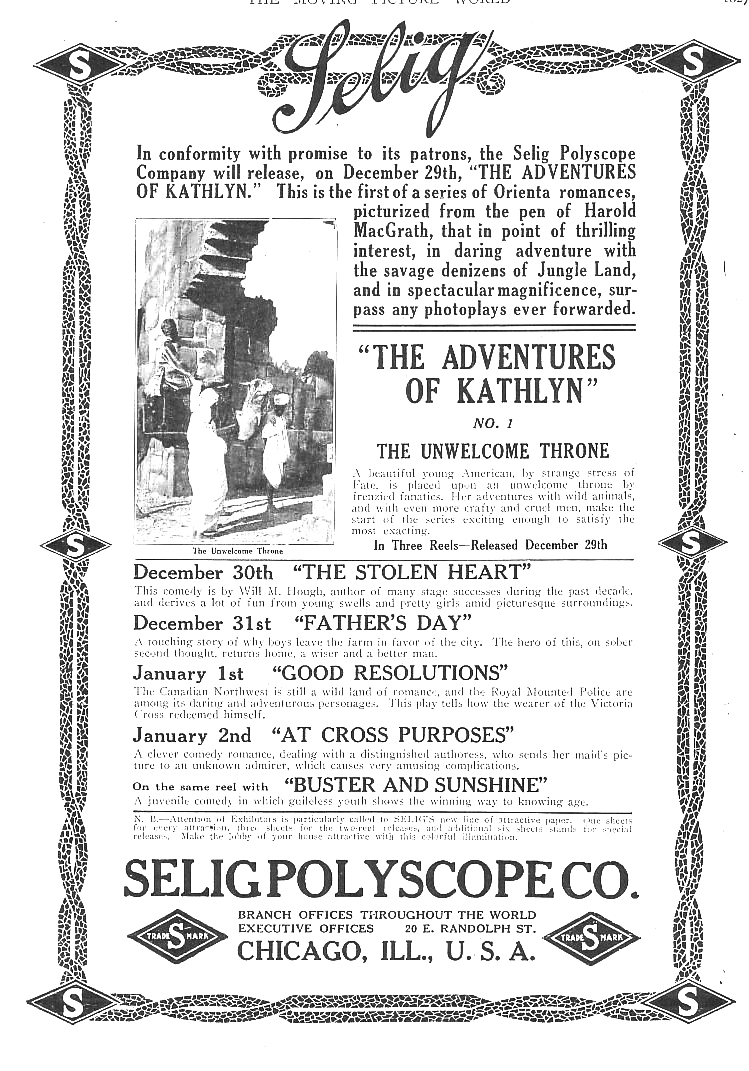