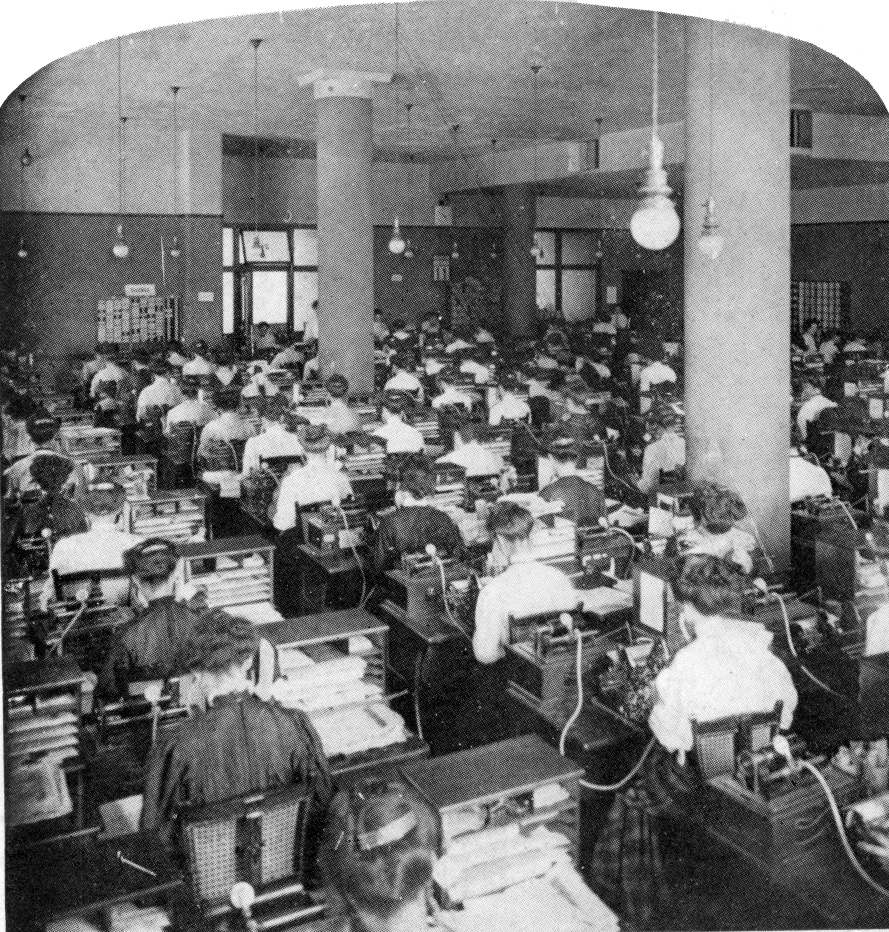 In this room between one hundred and fifty and two hundred young women are engaged in transcribing letters dictated by correspondents throughout the institution. This dictation is received in the Stenographic Department by two methods, each of which requires specially trained operators. By one method the typist goes directly to the correspondent and takes his dictation in shorthand, returning to this department where she transcribes the letters just received. By the otber method the correspondents dictate their letters to a graphophone. The oylinders are then sent by messenger to the graphophone division of the Stenographic Department, where each operator has a graphophone and typewriter, and quickly transcribes the dictation.

Over ten thousand letters are written in this department each day, and as these are handled upon schedule time, no letter can remain in the department longer than two hours. A large force of collectors, distributers and mail dispatchers is required, and the system is so perfect that not a paper may be mislaid or lost. An interesting feature of this department is the record which is kept of the work of each individual operator. The lines in every letter are counted and the operator is given credit therefor, while the department for which it was ·written is charged. Any mistakes that are made are charged against the responsible party, and the records thus obtained are extremely valuable in determining the standard of the personnel of the department.

Another interesting fact is the quantity of stationery used. On an average ten thousand letter heads and twenty thousand second sheets used in making carbon copies for our records are consumed in this department daily, while the actual value of all the office supplies is of such large proportions as to be almost unbelievable. This is one of the busiest departments of the institution and to enter into a detailed description of its various activities would require a small volume.