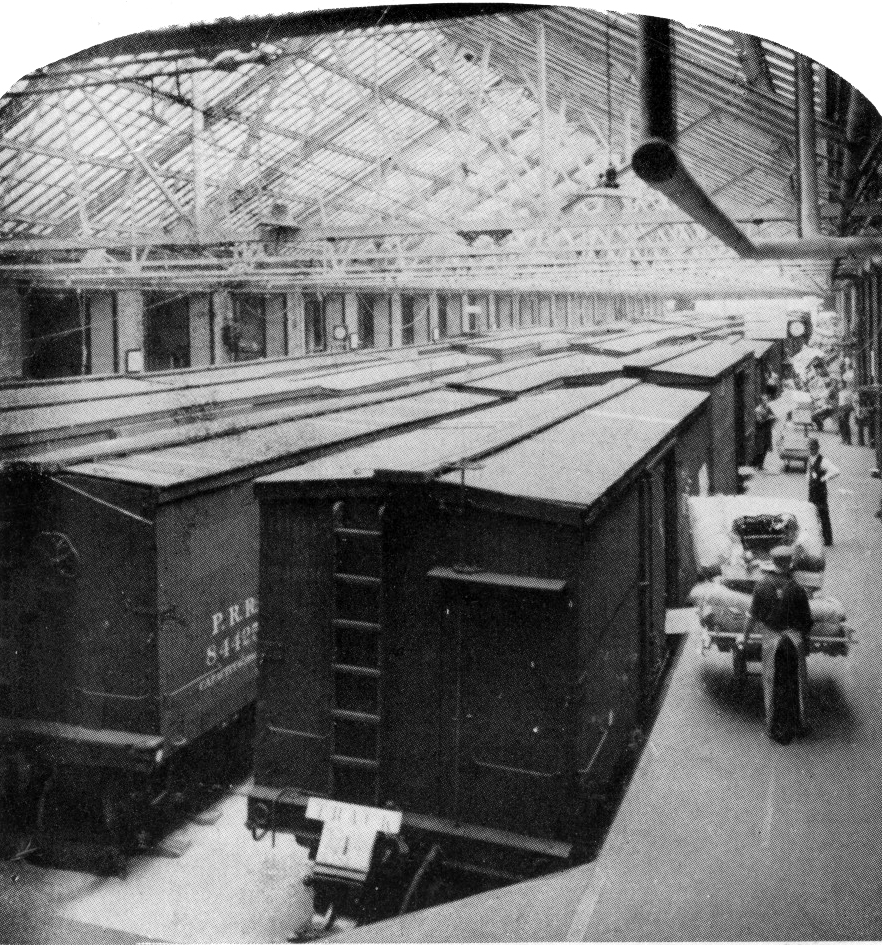 The Train Shed and Shipping Rooms

It would be very interesting to the customer if, after he has sent us an order for any sort of merchandise, he could then follow it from the time his letter enters our mail receiving room untIl the goods he has ordered are loaded upon the cars in this train shed and sent on the way to him. After his order has been opened, a ticket is made out for each department from which he ordered merchandise. These tickets are dispatched by pneumatic tubes leading from the Administration Building to the several departments in the Merchandise Building. Perhaps he orders clothing which is carried in stock on the ninth floor; perhaps he orders a camera, which is to be found on the seventh floor; perhaps he may want a watch from the jewelry section on the fourth tloor; a washing machine, which is carried in the basement; these tickets are received in the several departments almost at the same instant, and clerks whom we term “order pickers,” immediately begin filling his order. All merchandise ordered from departments above the second floor is collected in baskets, which are immediately taken to spiral chutes located conveniently to all the departments, and which lead from the top of the bulldlog to the shipping room. These spiral chutes are of steel, about eight feet in diameter, contalning three spiral planes, with doors opening to each one; one for small shipments, one for express shipments and one for freight shipments. The baskets contalning the goods are put in one of these openings and immediately begin a gravity descent to the shipping room. This process is very rapid and goods are disposed of about as rapidly as if they were thrown out of the window. The centrifugal force of the fall through the chute causes frictiont. however, which regulates the speed of heavy and light baskets In their descent to the shipping room, so tnat even glassware will go down the etltire nine stories without breakage. When the baskets arrive at the bottom of the chutes they slide out on horizontal traveling conveyers or endless belts which run around the four sides of the shipping rooms and this large train shed in the center of the building. The heavier goods, such as washing machines, plumbing articles, furniture, groceries, etc., are carried In stock either in the basement or the lirst or third Doors, and, instead of being conveyed to the shipping room through. the spiral chutes, are carried there by means of inclined traveling conveyers. The goods are thereby deIivered automatically to the proper shipping room, and under this marvelouslY simple system the merchandise you order Is in the car and on ttie way to you in an incredIbly sbort time. 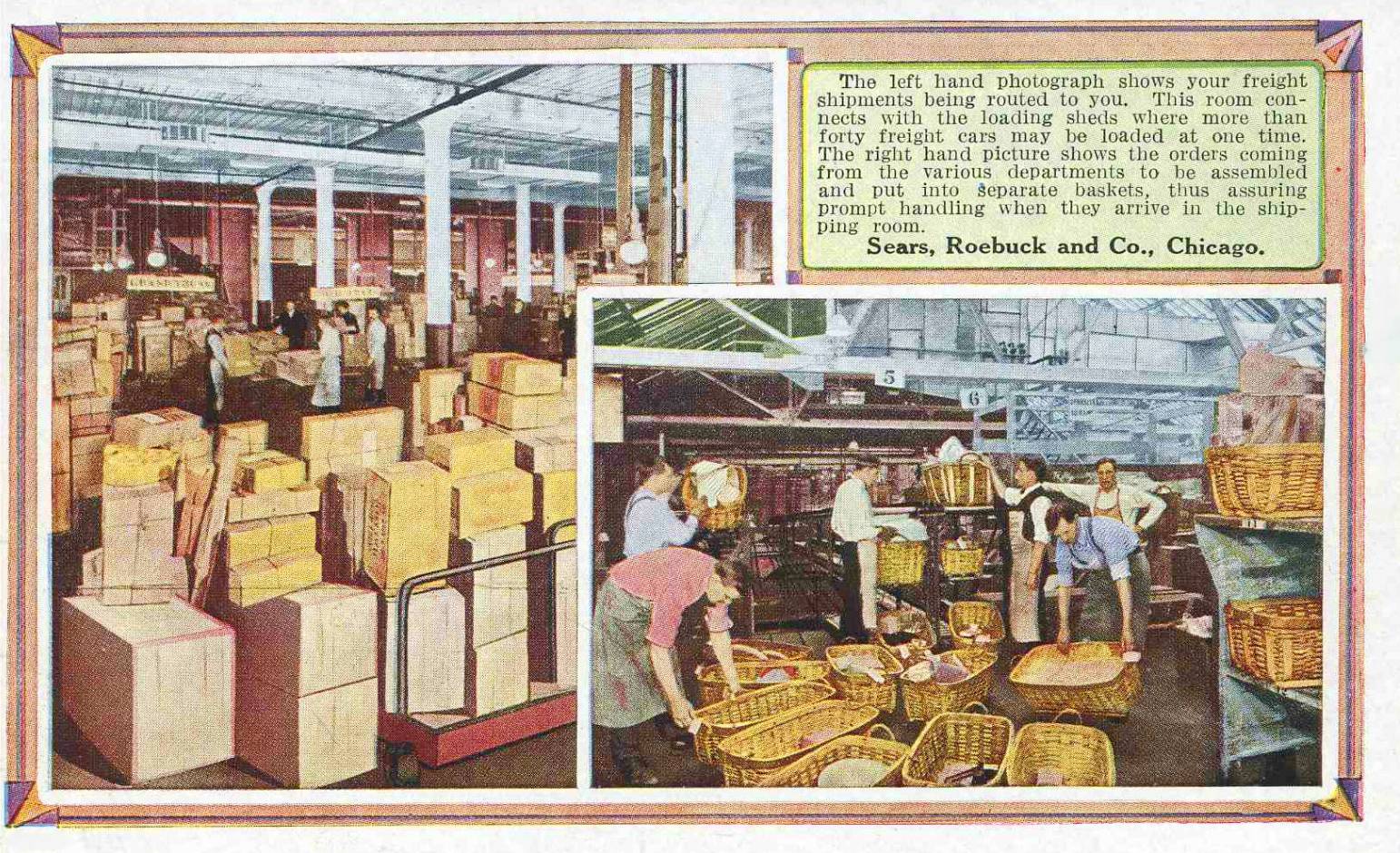 The left hand photograph shows your freight shipments being routed to you. This room connects with the loading sheds where more than forty freight cars may be loaded at one time. The right hand picture shows the orders coming from the various departments to be assembled and put into separate baskets, thus assuring prompt handling when they artrive in the shipping room.