The Burch Block.
It was noticed in The Post some time ago that work had been commenced on the ruins of the Burch Block, which was burned in January last. Since that time the work has been in progress and it is calculated that the first of September next will a new and better block in place of the old one. The following is a description of the new building:

It will have a frontage of 115 feet on Lake street; 170 feet on Wabash avenue; will be five stories in height, and the stories will be enough higher to make the height of the new block seven feet higher than the old one. The first story will be seventeen feet in the clear; the second, fifteen; the third, fourteen, and so on to the top. The first story fronts will be constructed of iron, with large plate glass windows. The second, third, fourth, and fifth stories are to be faced with cut stone, from the celebrated sandstone quarries near Cleveland, Ohio. Each front is to be finished with an elaborate iron cornice, with pediments over the central projections.

The two principal fronts, above the first story, are to have 136 windows, deeply recessed with imposts. They will have moulded panels under the sills, with semi-circular heads, and ornamental keys. There will be but two panes of glass in each window, giving the building thereby a rich and elegant appearance. The two stores fronting on Lake street will be 33 by 110 feet deep. The two other stores are to measure 50 by 85 feet each.

This building is to be constructed in the best and most substantial manner. The walls of the first story will be twenty inches thick, and from thence up sixteen inches, and the floors and roof will be supported by iron columns. The building will be an ornament to the city. 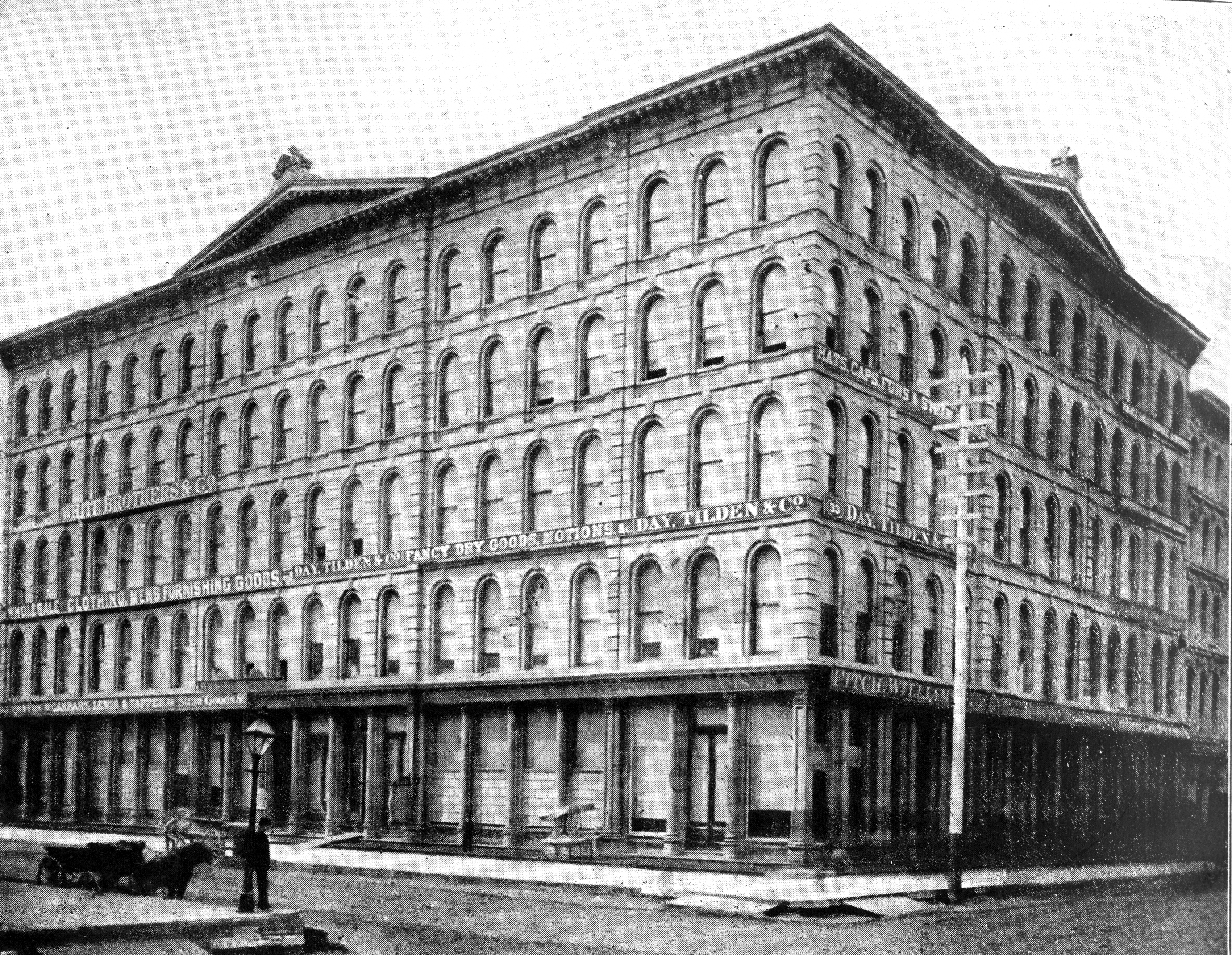 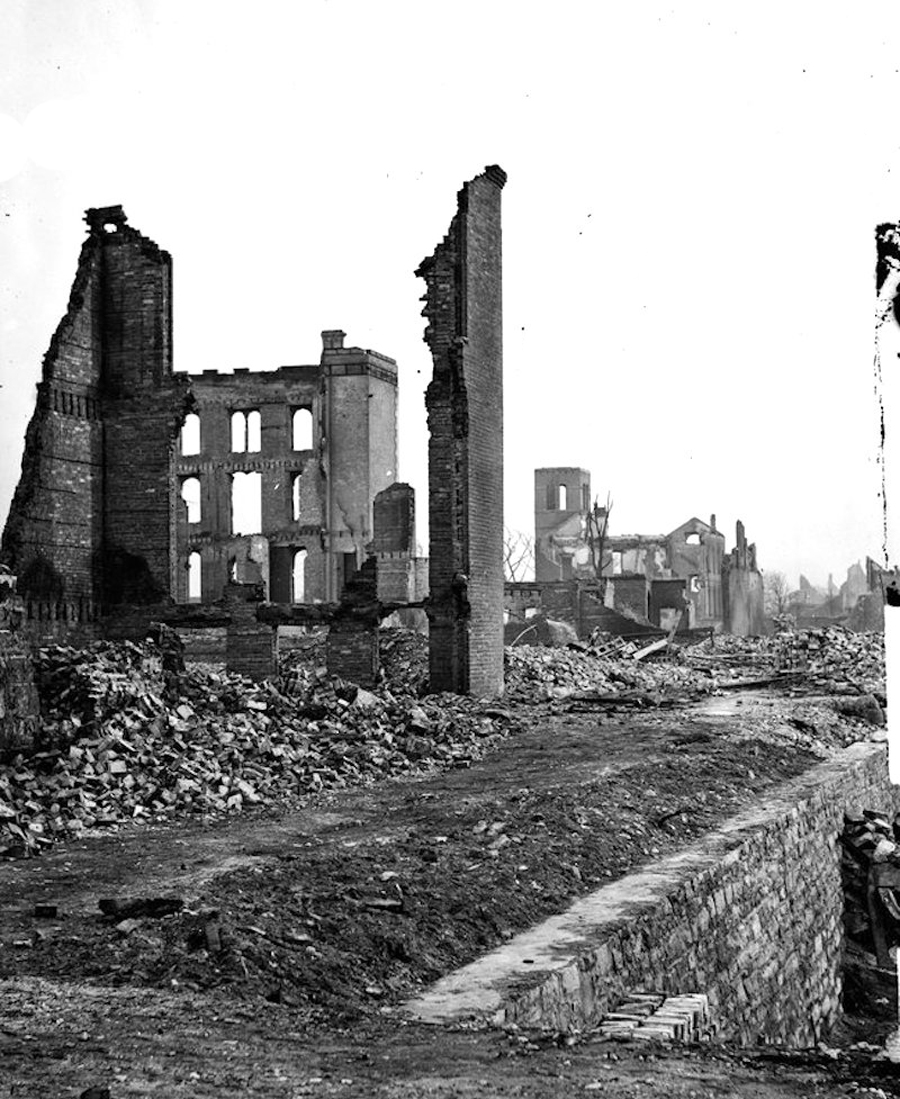 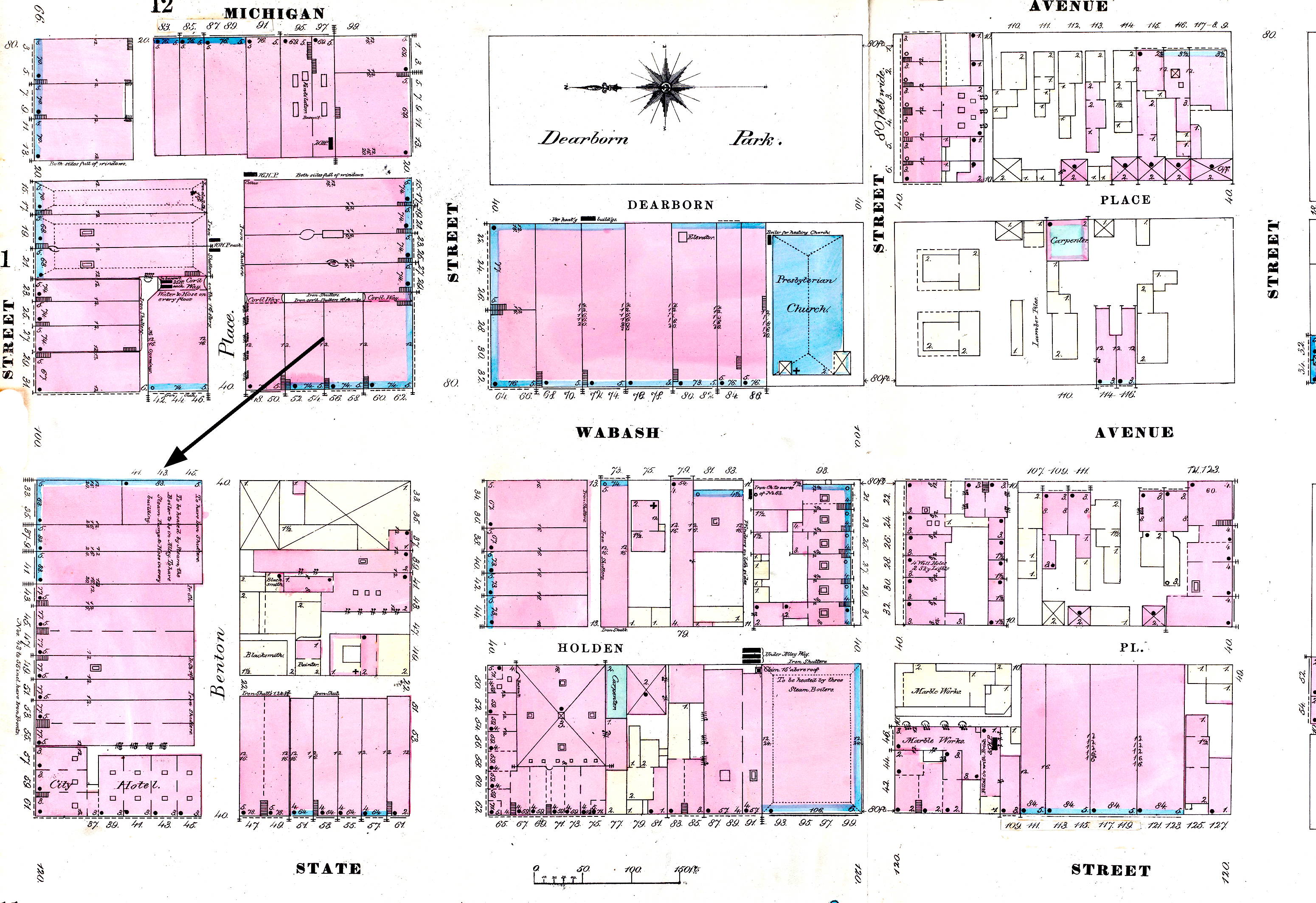