It has often been said that in its earliest days Chicago was nothing more than a hunting post. Yet the average Chicagoan of today has little idea of the character of the animals whose habitat was about. Chicago and whose sins formed a profitable source of livelihood to many hardy trappers. In fact, there was nothing in those days to attract pioneers to the bleak and cold Northwest unless it was hunting. There are several of these veteran trappers alive today, and they delight in telling stories of their experiences. Jon Phillips, messenger at the Sheffield Avenue Station, the oldest policeman in the Chicago department was one of these early trappers. He was a professional huntsman, being employed by Eastern houses to secure the skins of various animals which at that time brought even a higher price than they do today. Job as a boy spent his odd hours in snaring the mink and the otter, the possum and the mole. 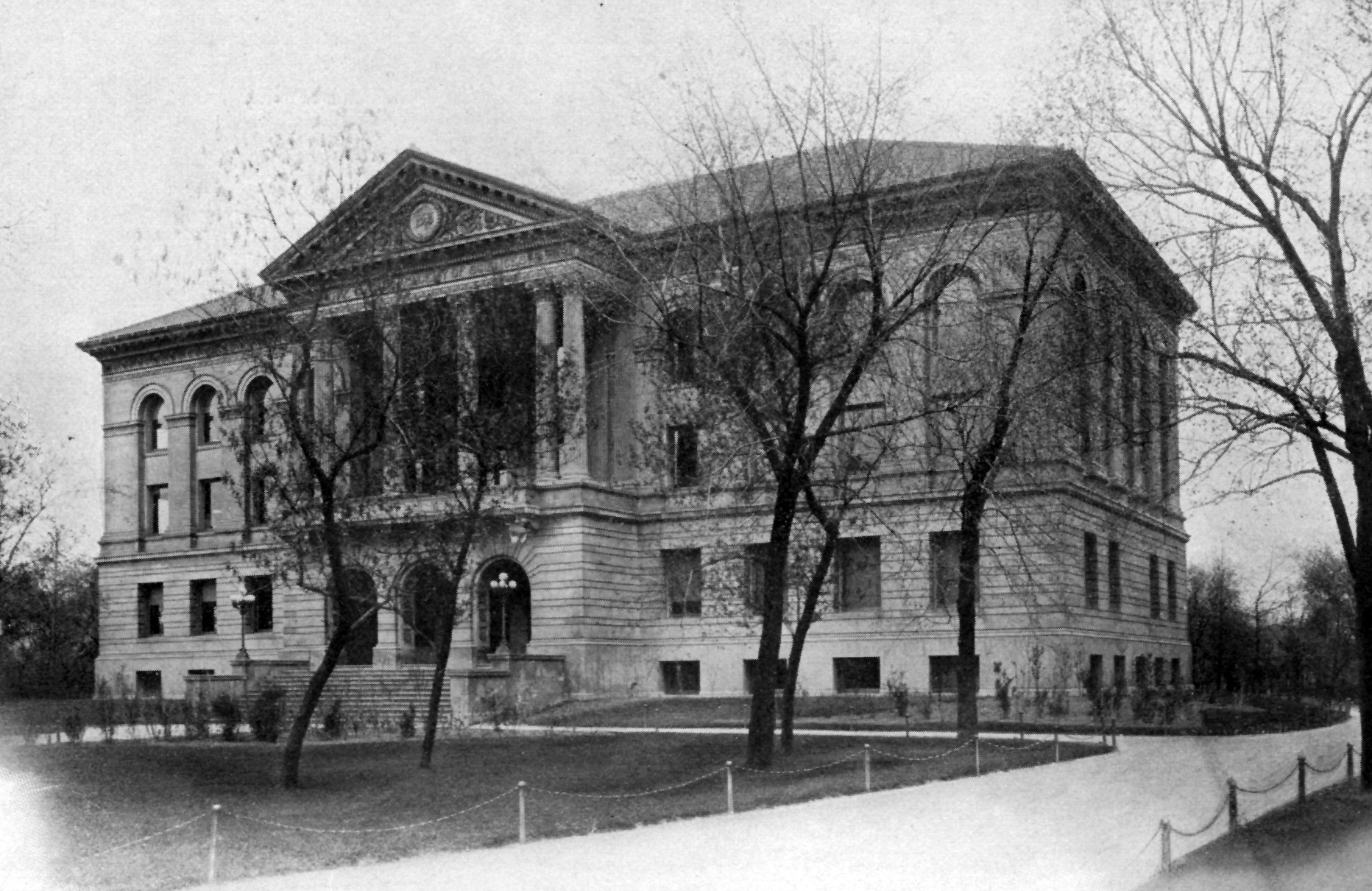 Businessman and philanthropist Matthew Laflin was the primary funder for a new building, which opened on October 31, 1894 in Lincoln Park.

The Chicago Academy of Science has gone to some effort in securing the complete list of the animals which then found their homes in Northern Illinois. People little think that the wild cat the “Bos ame icanus,” or American buffalo, were once among the common animals which could be hunted about Chicago. A curious error prevailed with the early explorers in connection with the buffalo. In the voyages of Père Marquette, written by a Frenchman and published in 1681, it appears that Marquette spoke of one district as inhabited by “nations qui ont des chevaux et des chameaux,” or which translated means “nations who have horses and camels.” The peculiar appearance of the buffalo undoubtedly gave origin to this error. The river is also said to have contained what is now known as the American beaver, and many of them were caught in the Calumet region. There were also otters, and black bears were not uncommon. Deer were killed as late as the ’70s about Chicago. Among the other smaller animals were the shot-tailed shrew, the silvery mole, the star-nosed mole, the white and grey wolf, the red and grey fox, brown and black minks, the common skunk, raccoon, opossum, Western fox squirrel, gophers striped and grey, woodchuck or groundhog, the ground rat and common mouse, prairie mouse, meadow mouse, muskrats, and grey rabbit.

Of the song birds there were nine species of thrushes, one specie of blue birds, three of warblers, and one specie of titmice and chicakadees.

A Wolf Hunt in Chicago on the Early Days