RR Donnelley, the world’s largest printer, was founded in Chicago in 1864. When Chicago publisher Goodman and Church heard of Richard R. Donneley’s reputation of being Hamilton, Ontario’s “best printer in town, thoroughly reliable and honest”, they offered him a partnership of running their printing operation.

At this time, periodicals were the only medium available and by 1870, Church, Goodman and Donnelley became one of the major book and publishing houses of the new west. 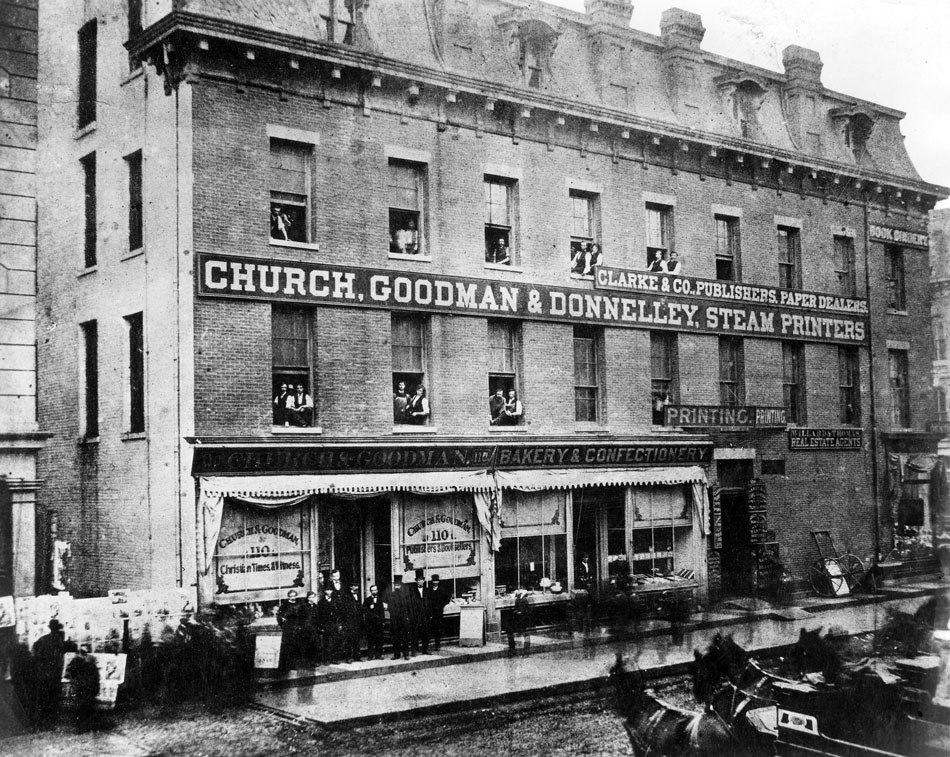 The growth made the company reorganize and the name changed to the Lakeside Publishing and Printing Company. The building of an impressive gothic Lakeside Building was destroyed by the Great Fire of 1871 and Donnelley lost everything. His reputation of fine character and credit helped him to secure credit from New York financiers and the RR Donnelley Steam Printer was in their own building by 1873. However, that business was wiped out by the great financial panic of 1873. He re-organized again, this time with business manager Alex T. Lloyd. The company was now named Donnelley & Lloyd. 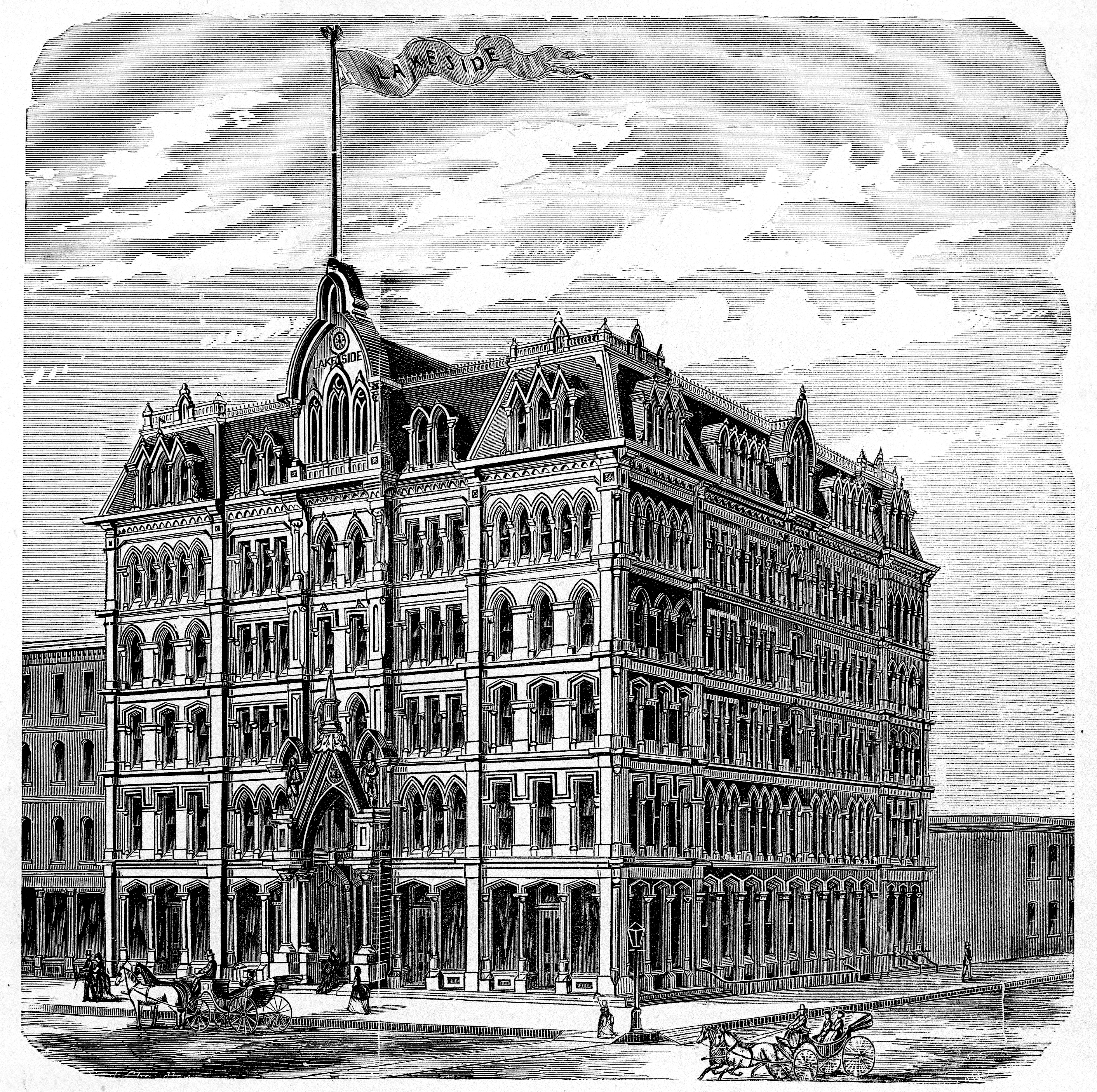 Thomas E. Donnelley, the second generation Donnelley, took over the business after the death of his older brother, Rheuben. It was in 1903 that he started the tradition of the printing and distribution of the Lakeside Classic volumes.

Thomas E. Donnelley had a “novel” idea for a gift to give to his employees. A book. Not just any book. A book that is not only representative of the fine craftsmanship that is put into each book, but also a book that actually is representative of Americana. This book, The Autobiography of Benjamin Franklin, was the first in the Lakeside Classic series. These books, especially the early editions, are very sought after by collectors.

Every twenty-five years the color of the binding was changed as well as the type style to keep up with modern techniques. The size of the books have remained unchanged at 4-1/2″ x 7″, which is the result of folding a standard sheet of paper (25″ x 38″) 4X to 64 pages per each sheet. This size is called sixteenmo (16mo).

The themes of the books have evolved naturally. The first eight consisting of famous speeches, then almost immediately followed with a fine series of Chicago first-person narratives, then Illinois, and finally to include all of America. The series has even included American experiences outside of the borders as well.

In 1922, R. R. Donnelley began construction on the largest building in the neighborhood after they acquired the entire east side of the 2100 block of Calumet Avenue. The building was designed by Howard Van Doren Shaw in the Gothic Revival style.

Once completed in 1929, the Calumet Plant was the largest building in the United States devoted to printing. It contained over 1.1 million square feet of floor space. The daily capacity of the case bindery was 25,000 books; the mail-order bindery could deliver several hundred thousand catalogues and telephone books.

The building’s exterior featured terracotta shields with fanciful designs evoking English heraldry and the marks of history’s great printers. The initials of T. E. and Reuben H. Donnelley and of Howard Van Doren Shaw were carved on either side of the portal of the 22nd Street entrance. 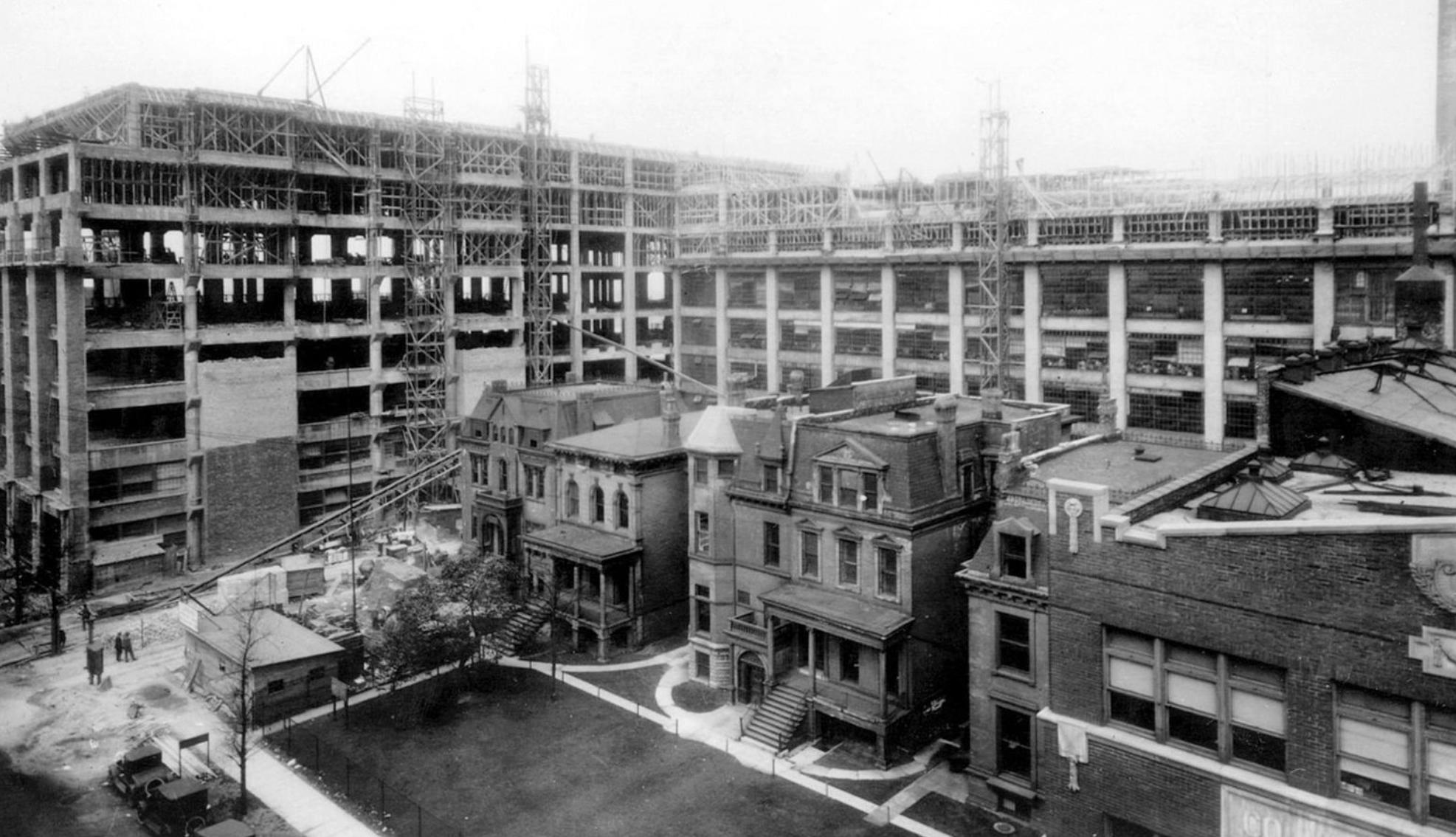 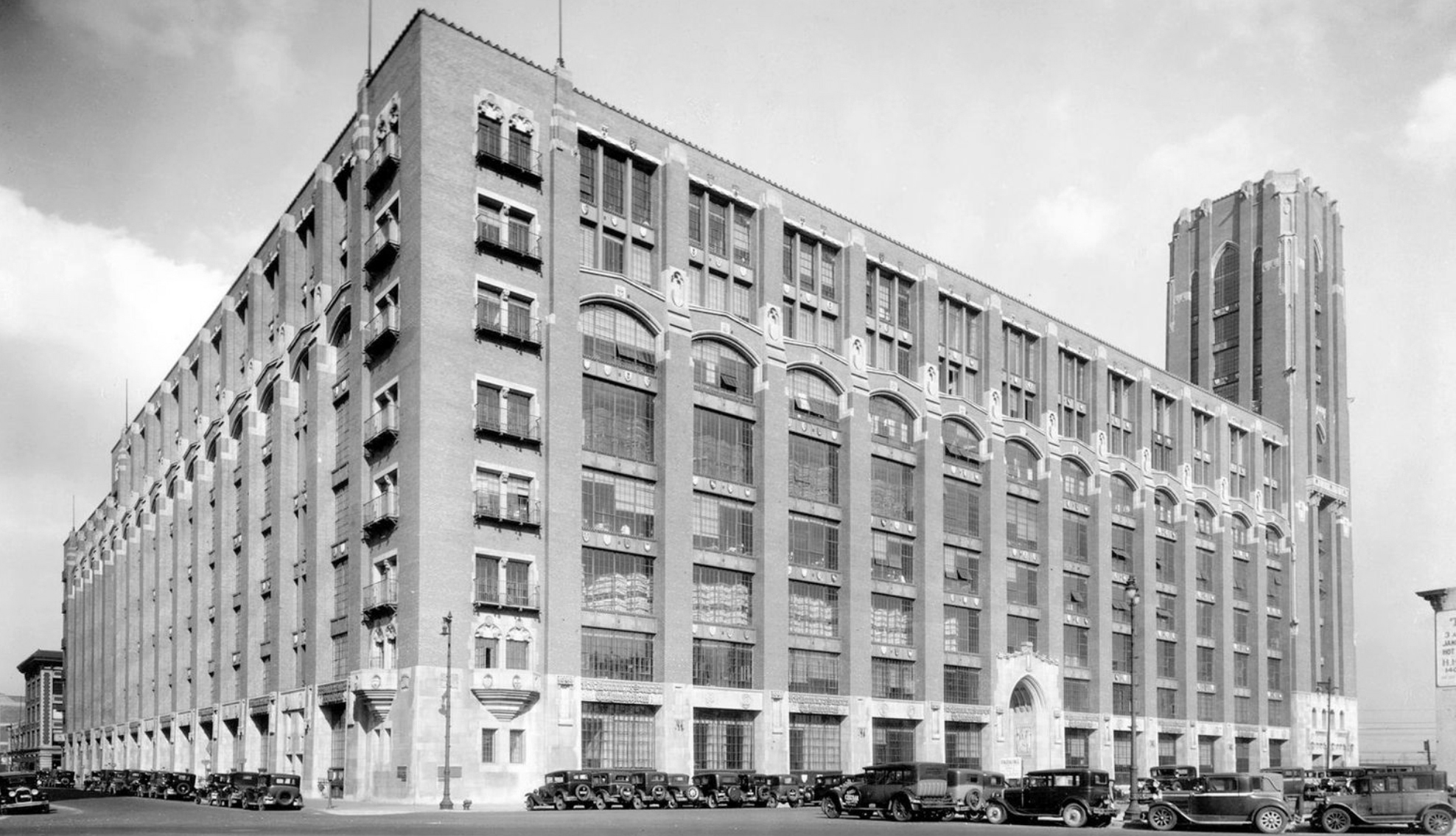