The tug Mariel (named after a place in the West Indies) was measured, and inspected yesterday. Her tonnage, new style, is eighteen—that, is net.Her gross tonnage is about thirty-six. She is owned by Singer & Talcott.

The return of the tug Mariel to Chicago from Cuba was announced yesterday. The owners of this craft, Singer, Talcott & Co., own an asphalt mine on Mariel Bay, in Cuba, and are working it and bringing the asphalt to this country in large quantities. The intention was to use the tug Mariel towing scows, etc.m, from the mine. When she arrived there, however, it was learned that an American tug could not work in Spanish waters (might have been known before), and as a consequence she is brought back here to Chicago. A tug will be built by the firm there in Cuba, and registered under the Spanish flag.

Such a “wild goose chase” as the Mariel has made has never before been recorded in the whole history of navigation and common sense. It will no doubt be called a “pleasure excursion,” and the Mariel will be known thereafter as “the American Goose.” The distance to the mine and back is about 5,000 miles. The friends of Singer, Talcott & Co. are going to present the firm with a bound copy of the navigation laws of the various nations.

An unprecedented storm dropped 5 1/2 inches of rain on Chicago on Aug. 2, 1885, with all that water finding its way to the river and threatened to enter the city’s intake cribs in the lake which could cause a cholera outbreak that has the potential to kill 90,000 Chicagoans. However, a shift of winds pushed the contaminants away from the city’s water intakes and the potentially dangerous water never got into the drinking water. Thus was created an Urban Legend that forced the city to reverse the direction of the Chicago River. 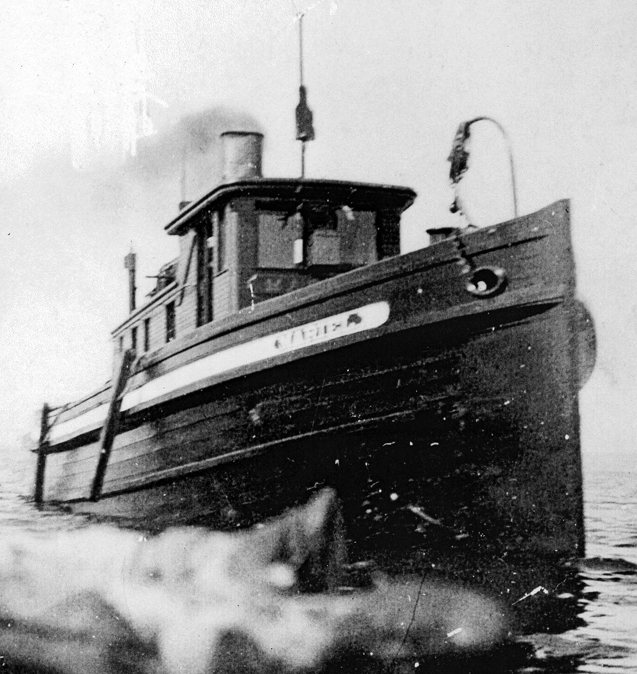 The Mariel was John Gregory’s last boat that he built, was inspected and measured in June 1883. The Mariel had a 140 HP Fraser & Chalmers engine installed along with a 125 lb boiler that was built by National Boiler Works. Both were new in 1883. Seen here in 1915. 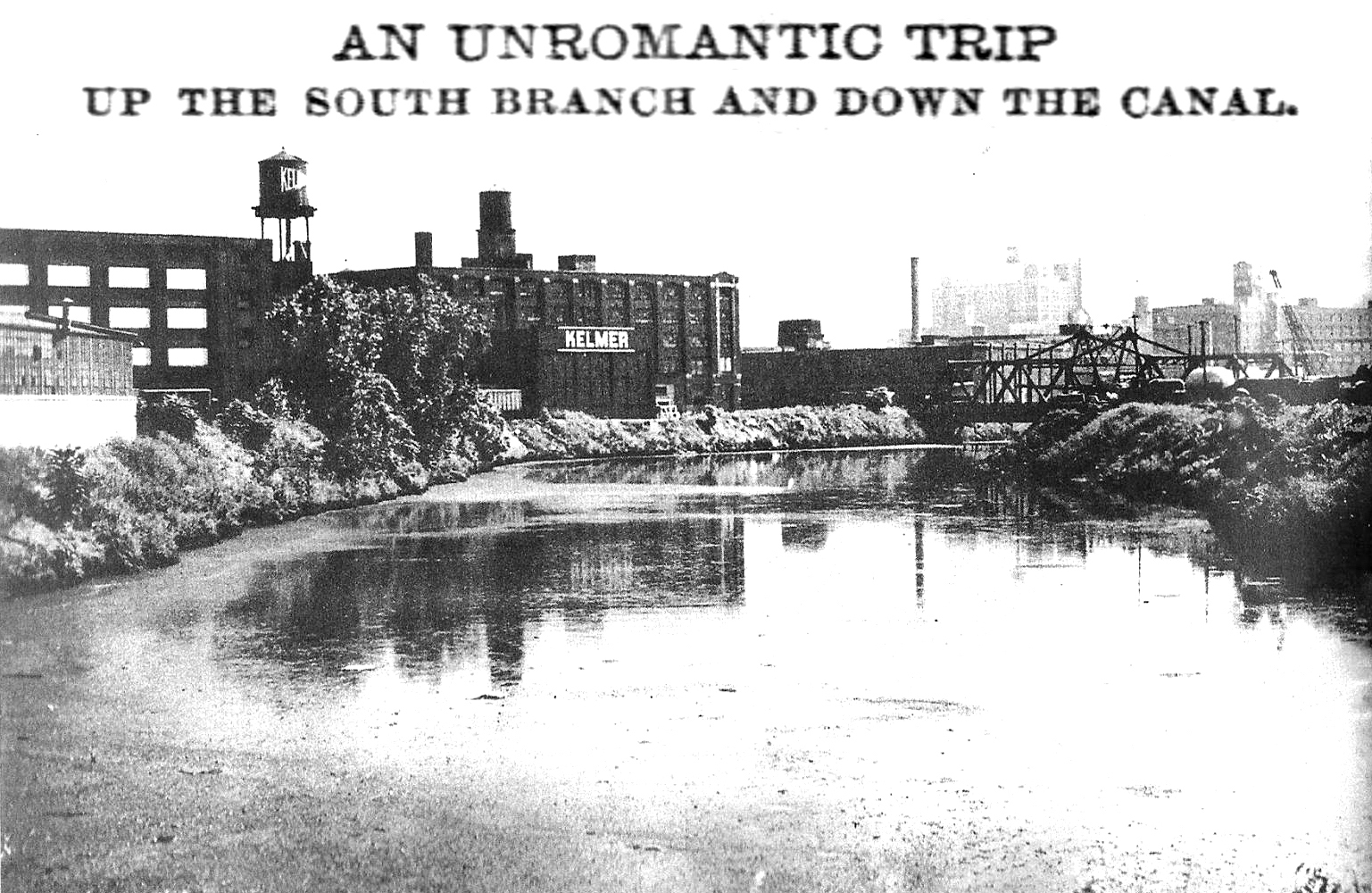 Yesterday morning a party of twenty men, guests of Singer and Talcott (Stone Company, 210 Market street), started from the foot of Franklin street, on the tug Mariel to take a trip up the river, through the canal to Lemont and Lockport, with a view to considering the sewage condition.Most of the party were from Joliet and Lockport. After a short run out into the lake the boat started on her way up the river. The trip as far as the Stock-Yard branch was uneventful. When that point was reached the friends of the passengers were assembled on the banks to watch the boat commence her perilous voyage to the south. At first, handkerchiefs were waved in the air and fond farewells were exchanged. Soon, for obvious reasons, the handkerchiefs were put to less romantic but better use. As the boat passed the place where the pumping machinery stirs up the water so that the full force of the aroma could be appreciated, a small urchin on the bank shouted out,

The prophecy was correct.

Somebody smoke, for heaven’s sake

ejaculated one of the group in the bow. His behest was not obeyed, as no one was willing to remove his handkerchief from his nostrils long enough to light a match. Soon the tug overtook a propellor which was stirring up the black, slimy fluid with his screw.

The stench was unendurable. “I’m a prohibitionist,” gasped a clerical-looking man, removing his handkerchief long enough to speak, “but give me some brandy.” It was the original intention to go to the Stockyards, but by unanimous consent the plan was given up. The water itself presented the most disgusting sight that could be imagined. The sewers were continually pouring their contents into the stream, and, as there was absolutely no current, the refuse matter floated on top. There was a black, greasy scum upon the surface, dotted here and there with dead dogs, cats, old shoes, rotten apples, etc. The tug finally cut her way through the slime and reached the pumping works on Ashland avenue, where the party landed and inspected the surroundings. The reporter left them here and they pursued the even tenor of their way down the canal to Lemont, intending to return by train. 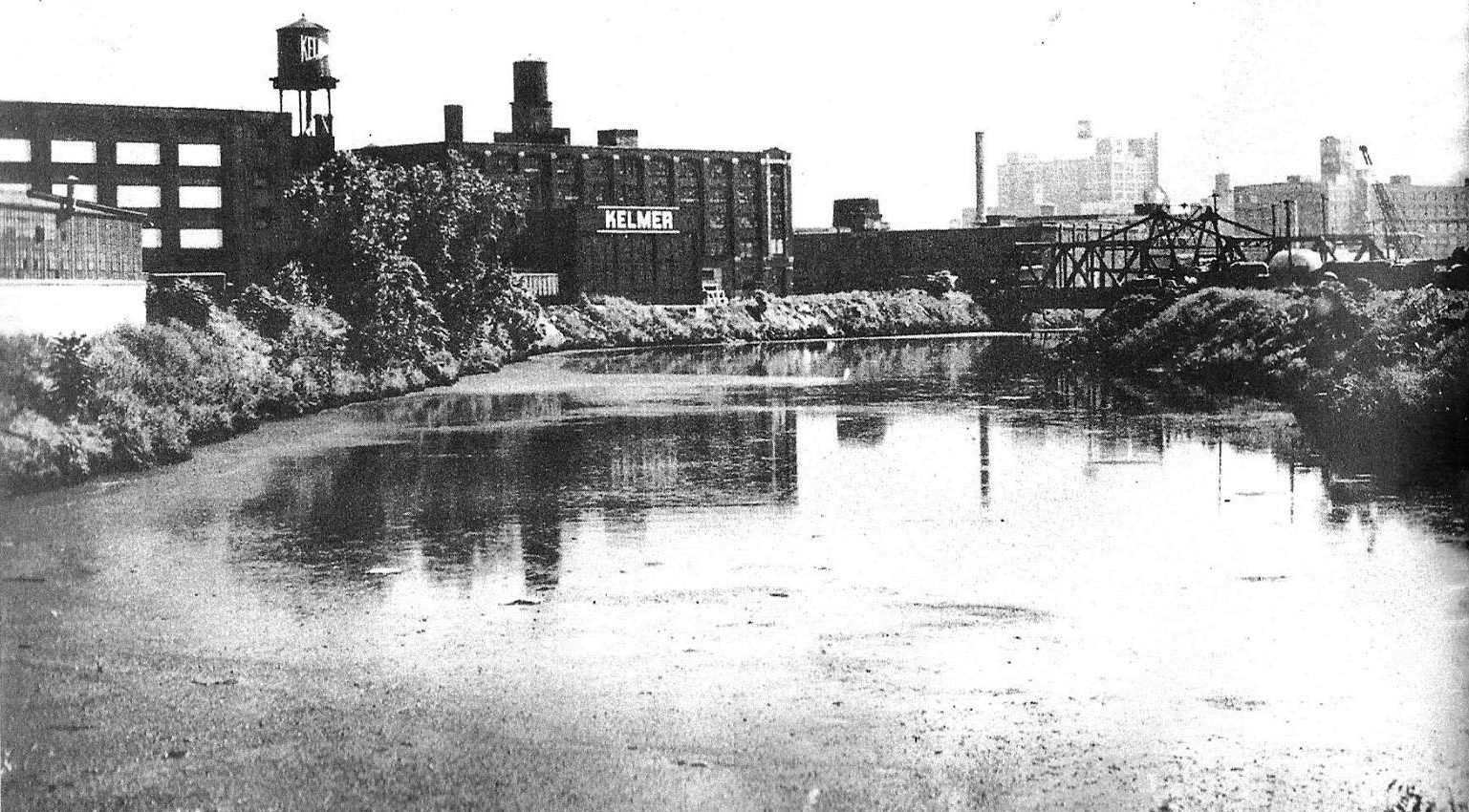 The sewage situation kept getting worst as Upton Sinclair wrote in his book The Jungle, twenty one years later was amazingly similar to the Tribune reporter’s:

Bubbly Creek’ is an arm of the Chicago River, and forms the southern boundary of the Union Stock Yards; all the drainage of the square mile of packing-houses empties into it, so that it is really a great open sewer a hundred or two feet wide. One long arm of it is blind, and the filth stays there forever and a day. The grease and chemicals that are poured into it undergo all sorts of strange transformations, which are the cause of its name; it is constantly in motion, as if huge fish were feeding in it, or great leviathans disporting themselves in its depths. Bubbles of carbonic gas will rise to the surface and burst, and make rings two or three feet wide. Here and there the grease and filth have caked solid, and the creek looks like a bed of lava; chickens walk about on it, feeding, and many times an unwary stranger has started to stroll across, and vanished temporarily. The packers used to leave the creek that way, till every now and then the surface would catch on fire and burn furiously, and the fire department would have to come and put it out. Once, however, an ingenious stranger came and started to gather this filth in scows, to make lard out of; then the packers took the cue, and got out an injunction to stop him, and afterwards gathered it themselves. The banks of ‘Bubbly Creek’ are plastered thick with hairs, and this also the packers gather and clean.

It took the City another decade (8 September 1920), before they reacted by filling in this portion of the river,

The Mariel (Canadian No. 130772) was sold to Canadian firm of S. S. Marie of Ontario in 1912. However, the Mariel was still listed in the 1914 edition of the Ship Masters’ Association Directory recorded as William Nicholson of Duluth, Minnesota. She was last listed in the Canada List of Ships, 1940.