An historic gathering, which meant much, not only for Chicago but for the whole country, was the Last Council of the Pottawatomie Indians with Commissioners of the United States Government, held in Chicago, September 26, 1833. By the terms of the treaty signed that day in the little Indian village at the mouth of the Chicago River, the Pottawatomies and several other tribes of Indians ceded to the Government all of their lands east of the Mississippi River, with the exception of a few unimportant reservations. The matter had been under discussion at Washington for some time, and during the summer of 1833 word was sent to the Indian tribes interested that Commissioners of the United States Government would meet them in Chicago in September of that year to negotiate a treaty. Fully 5,000 Indians flocked into the village in the last days of August, and tepees by the thousand were erected along the banks of the river 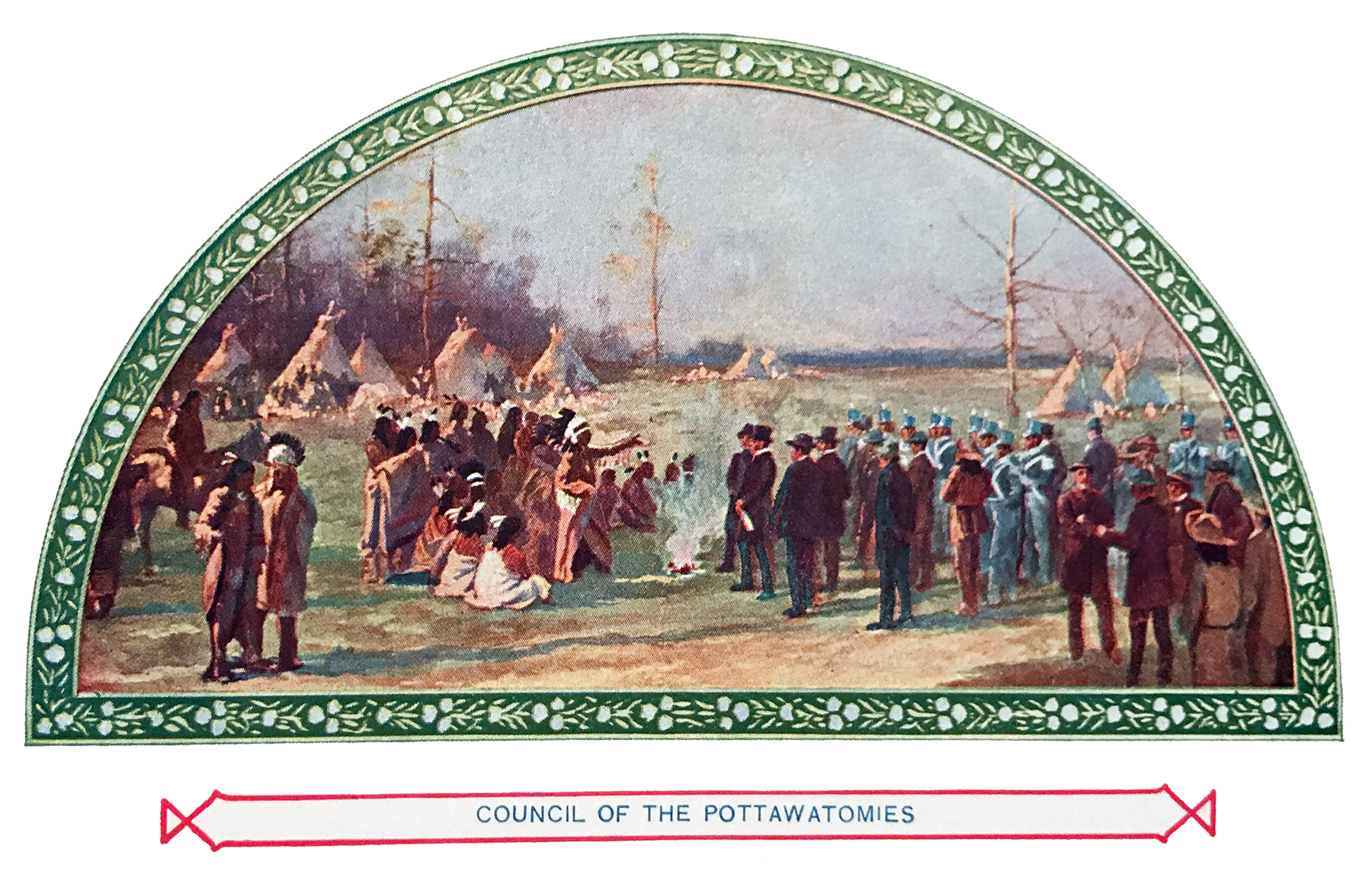 The three Commissioners, G. B. Porter, T. J. V. Owen, and William Weatherford, had been supplied with rations by the Government to serve out to the Indians during the negotiations, and a supply house for their storage and distribution was built on the north side of the river, opposite Fort Dearborn, near the present site of the Rush Street bridge. In the preliminary council the Indians were not disposed to accept the Government proposals, and for several days things were at a standstill. The distribution of rations, however, had a marked effect, and a promise of annuities from the Government influenced the old chiefs favorably. On September 26th, in the temporary structure, the treaty was signed, by the terms of which the Indians ceded their lands east of the Mississippi River to the Government and promised to move west of that river. By the Government they were given a reservation equal in extent to the lands ceded, some 5,000,000 acres, on the western line of Missouri, besides $530,000 in cash as indemnity and in annuities. Within two years the Indians had moved out of the ceded territory into the new hunting grounds.