Where the imposing front of the Newberry Library building is now to be seen, just north of Washington Square on North Clark Street, stood for many years the residence of Mahlon D. Ogden, notable among hundreds of similar comfortable family mansions for the fact that it was the only building left standing on the north side after the great fire of 1871 had swept over the city. It was a two-story frame building, with a mansard roof, built according to a style of architecture very popular among builders of residences in the days before the conflagration which leveled Chicago. Built in 1856 by Mr. Ogden, as a family residence, its hospitable walls had sheltered all that was best in Chicago society many times, for Mr. Ogden was not only a prosperous lawyer, who attracted to his home the brilliant minds of the city, but he was a brother of William B. Ogden, one of the pioneers of Chicago, who has been recognized, not only by his own but by later generations, as one of Chicago’s greatest citizens.1 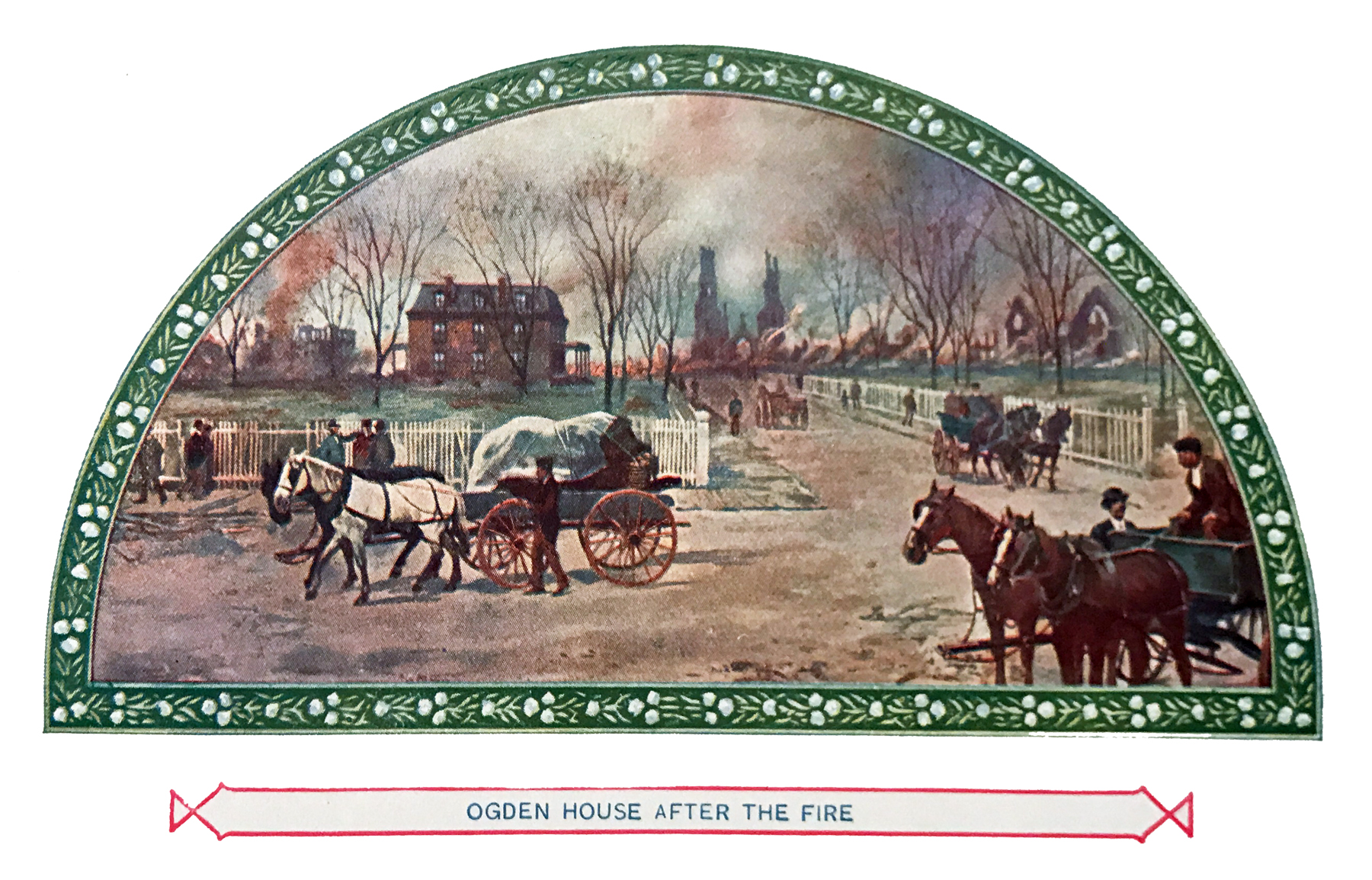 All around this home the fire raged for twenty-five hours, from its inception on the west side, on the night of October 9th, until it died out at Clark Street and Fullerton Avenue the next night. From Congress Street north to the city limits not a building was left standing, except the Ogden residence, and by some strange providence it was not even scorched. The great elm trees in Washington Square, and in the grounds around the house itself, may have served to check the flames in a measure, but all the other trees in the path of the conflagration were but bare and blackened stumps after the fire had passed over them. The rapidity with which the great fire spread is shown by the fact that, originating near Halsted and Twelfth streets at nine o’clock at night, it had destroyed much of the west side, wiped out the business district of the city and the south side as far as Congress Street, and spread to Maple Street on the north side by seven o’clock the next morning. Thus it had passed the Ogden residence in the early hours of the morning, leaving it unscathed.