The mural paintings in the Chicago National Bank building are the work of Lawrence C. Earle of Montclair, N. J., an artist who ranks among the leaders in his chosen field in the United States. The work on the sixteen paintings was actually begun in the fall of 1900, when Mr Earle came to Chicago to discuss with the officials of the bank the commission which had been offered him. After accepting it he set about his gigantic task by settling down in the rooms of the Chicago Historical Society for study and research among the books, manuscripts, wood cuts, and other memorials of early Chicago. For several weeks the artist carried on his investigations, leaving no source of possible information unexplored. He experienced considerable difficulty in finding material for several of the paintings, as many of the subjects selected had not previously been pictorially reproduced even in crude form, and Mr. Earle found it necessary to rely largely upon published descriptions of the scenes and incidents he intended to place upon canvas. 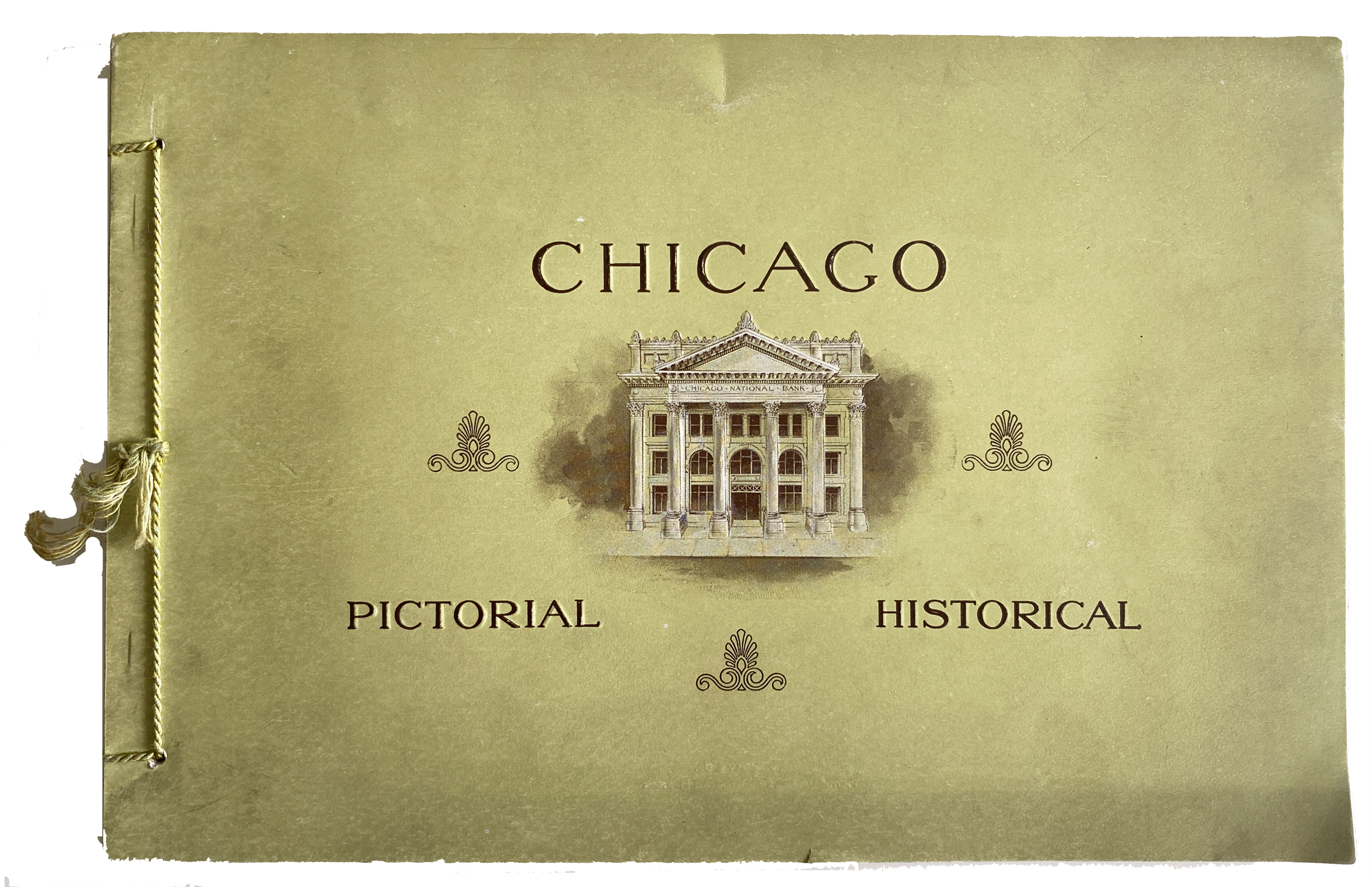 At length the preliminary work was done and the artist finished his scale drawings, which gave a hint in miniature of the glories that were to grow upon the canvas beneath the touch of his brushes. Returning to his home in the East, he discovered that his studio was not large enough to permit him to set up several of the large canvases at one time, as was his intention, and therefore he begged the privilege of using the large studio in the residence of Mr. Wm. Evans, an art connoisseur of Montclair. The accommodation was readily granted, and when Mr. Earle had secured the services of Edward Potthast, an eminent painter of New York, as his assistant, the real work was begun. For weary months the two artists and several assistants labored on the immense canvases, three and four often being under way at one time, until at length the last one was finished and the last touch of beauty was added to the Chicago National Bank building. From the time the paintings were unveiled they have been viewed and admired daily by hundreds of visitors to the building.