Decoration day is here again with all its pleasant and patriotic observances and associations. For the twenty-seventh time since the war the survivors of that struggle will gather to decorate the graves of their comrades. Ther are fewer of the old soldiers this year than last. There are more graves, and thus it will go on from year to year until the last of the veterans has passed away, but even then loving hands will be found to continue lhis beautiful and patriotic usage. The work done by the veterans is appreciated too well and its influences are too apparent and far-reaching even to allow Decoration day to lapse into disuse.

Decoration day has been made a legal holiday in almost every State in the Union, and as the years go by it has come to be a day of recreation, as is eminently proper. There is no reason why it should be a day of mourning or of solemn reflections. Like our other national anniversaries it should be an occasion for popular rejoicing. The decoration of the graves of the dead is typical of the love which their have for them and of the patriotic pride which the people have in their and in tho noble work which they achieved for the Nation. Apart from that ceremonial the day should be devoted to the commemoration of the great struggle, to the expression of the idea that all that the Nation is today and the progress it has made during the last thirty years, as partly by the great Exposition are due to the services of the soldiers of the war who fought to preserve the integrity and union of the Nation. They settled forever the permanency of the Union of States, the dignity of human labor, and the liberty of the people. To these who fell in this struggle there should be the flowers and the laurel; to those who have survived it the grateful of the whole people. Gratitude for the republic as it stands today should be the motive of the decorative ceremonial, and jubilant should be the spirit in which the great holiday is observed- not so much. mourning for the dead as rejoicing for what their sacrifices accomplished. 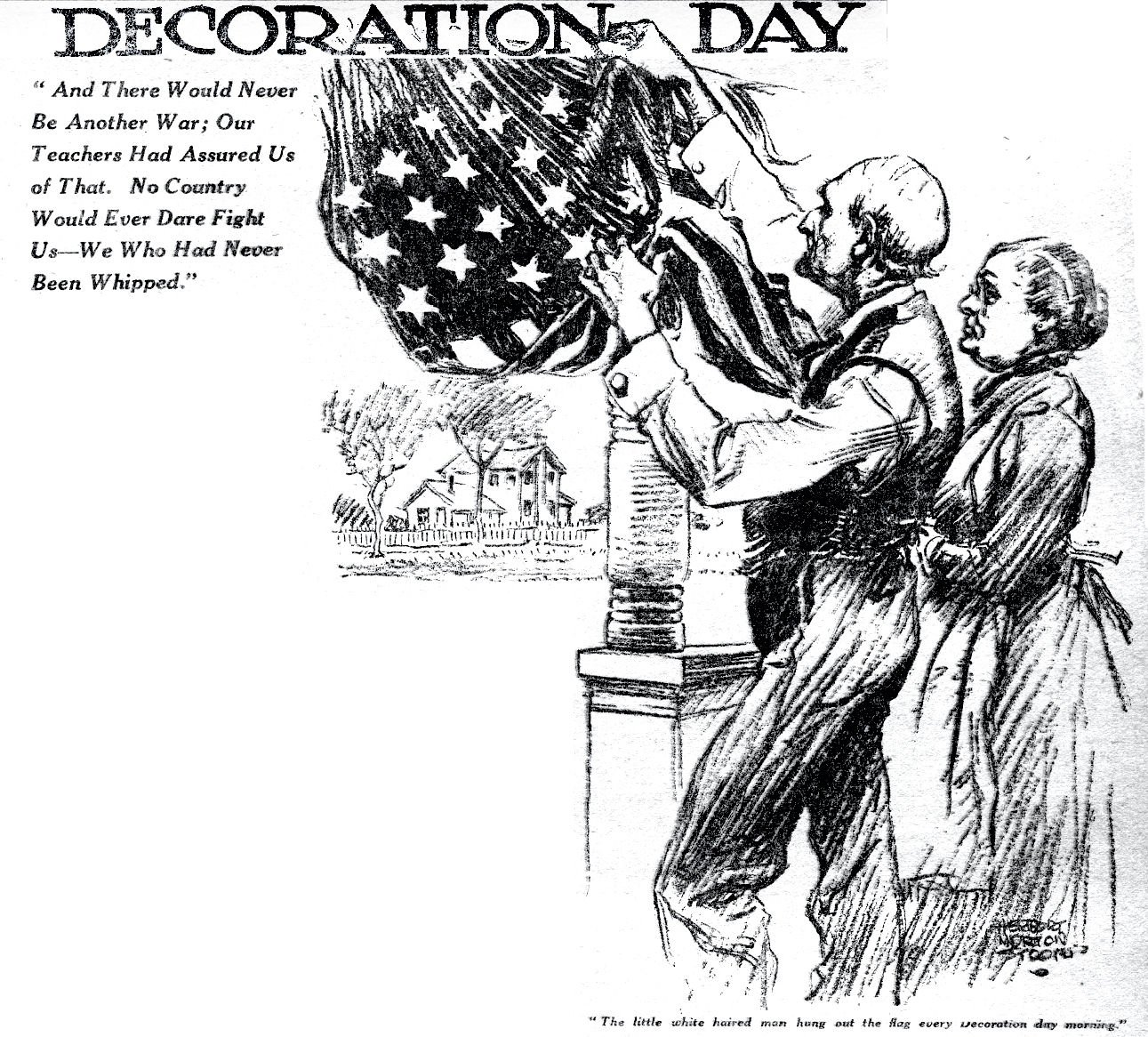 The little, white haired man hung out the flag every Decoration day morning
Chicago Tribune
May 27, 1917

It is a specially pleasing feature of Decoration day the increased observance of if in our public schools. The boys and girls should be the history of the war as an incentive to patriotism and a reminder of their duties when they come upon the stage of action as citizens. As the veterans pass off the scene the young should be taught to preserve their and should be inspired with the saine loyalty to the flag and the Nation which they displayed. Much has done in this direction by the observances of Washington’s and Lincoln’s birthdays; still more might be accomplished by a thoroughly systemized celebration of Decoration day,

The ceremonial of today occurs in conjunction with the great Exposition at Jackson Park, and thousands of strangers will be in the city to witness the parade of the veterans. The one common thought should be that but for these veterans the celebration of the progress of the United States would have been an impossible spectacle. The beautiful White City in which North and South have met in peaceful and harmonious competition could not have been erected in a disunited nation. It represents the whole Nation. Had the veterans failed in the great struggle there would have been no national celebration. Thus the two events emphasize each other. A united people have constructed the White City because of the patriotic self-sacrifice of those in the populous city of the dead. The highest and noblest progress of the Nation dates from the close of the struggle in which they fell.

The day set apart for commemorating the deeds of the nation s honored dead loses none of its patriotic significance as the years come and go. While it is be- Coming less of a day of mourning than in the years when the grief over the losses of the civil war was still fresh, its patriotic scope is widening. Another war has also intervened and left its quota of new graves to be decorated reverently with flowers and hags. Far off, in the Philippines there are rows of mounds that will be draped today with the Stars and Stripes and the day will be observed in Cuba and Porto Rico. By strewing upon the water it is proposed the part played by the navy in fighting the battles of the nation. There is an added impressiveness in the thought that the Memorial day exercises are being observed simultaneously not only from one side of the continent to the other, but also in islands of the sea on opposite sides of the globe.

Chicago has always paid especial attention to Memorial day, and today the usual impressive parade will be seen, with the civil war veterans and their time-honored flags in the place of honor at the van. There is inspiration as well as sadness in the sight of this dwindling band of old soldiers in each city and town as they go forth each year to decorate the graves of the comrades who fell in battle so many years ago. But as their ranks grow thinner there are stronger escorts of the younger genera- tion to take up the old banners and defend the things for which the others fought.

One of the most valuable features of the Memorial day exercises is the part connect- ed with the public schools. Patriotic Speeches, tableaux, and the singing of national anthems in all the Chicago schools yesterday ushered in the present holiday. The impulses of patriotism stirred in eager young minds by these exercises are worth more for securing the future safety and perpetuity of the union than a great standing army. When it is remembered that the same spirit of devotion to the flag now animates the South as well as the North, there is every reason to look forward with high hope and confidence to the great future before the nation. While Memorial day is a time for a backward glance it is also a day for a hopeful and confident outlook upon the future. So long. as the brave spirit of the nation s mar- tyred defenders survives among our youth the Stars and Stripes will be invincible. 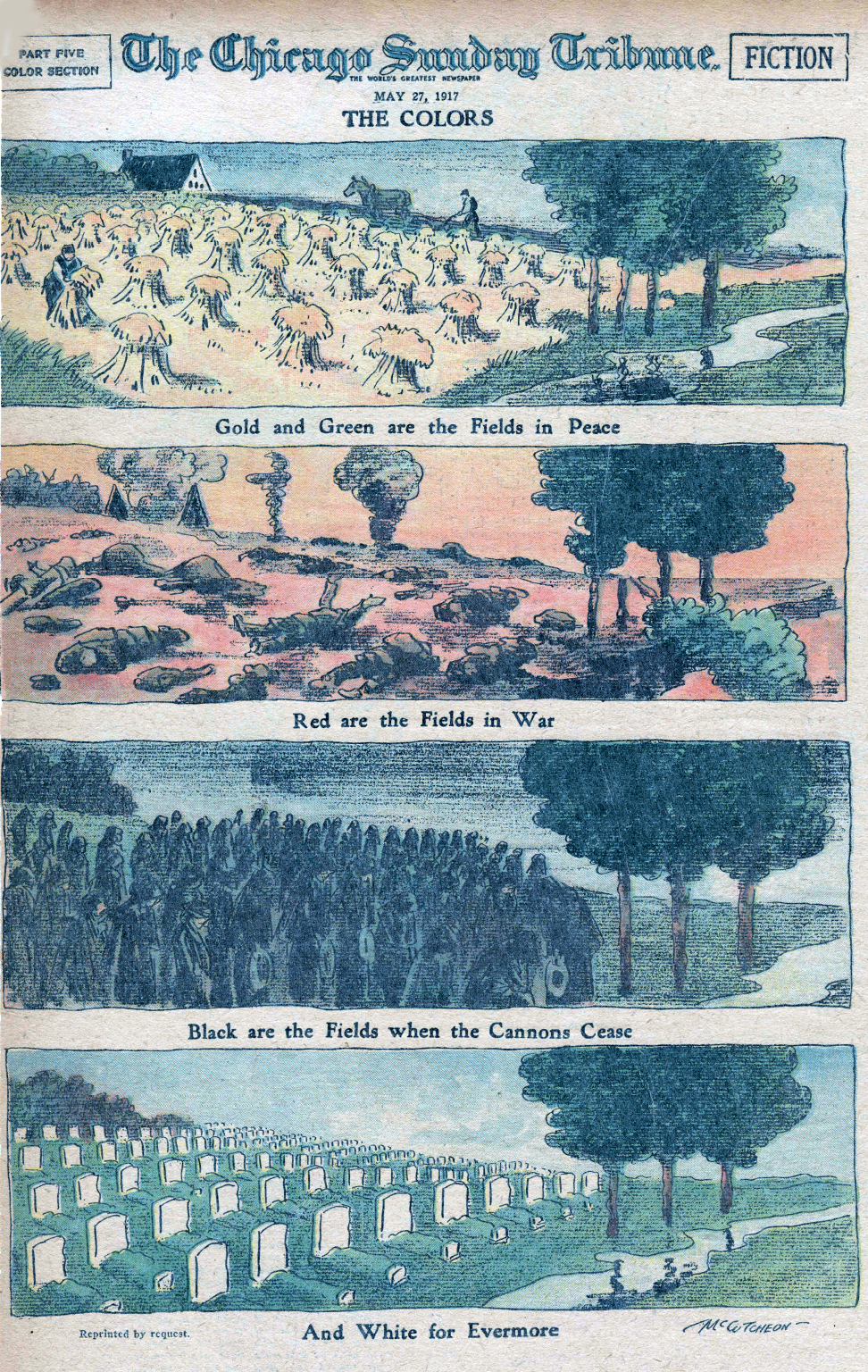 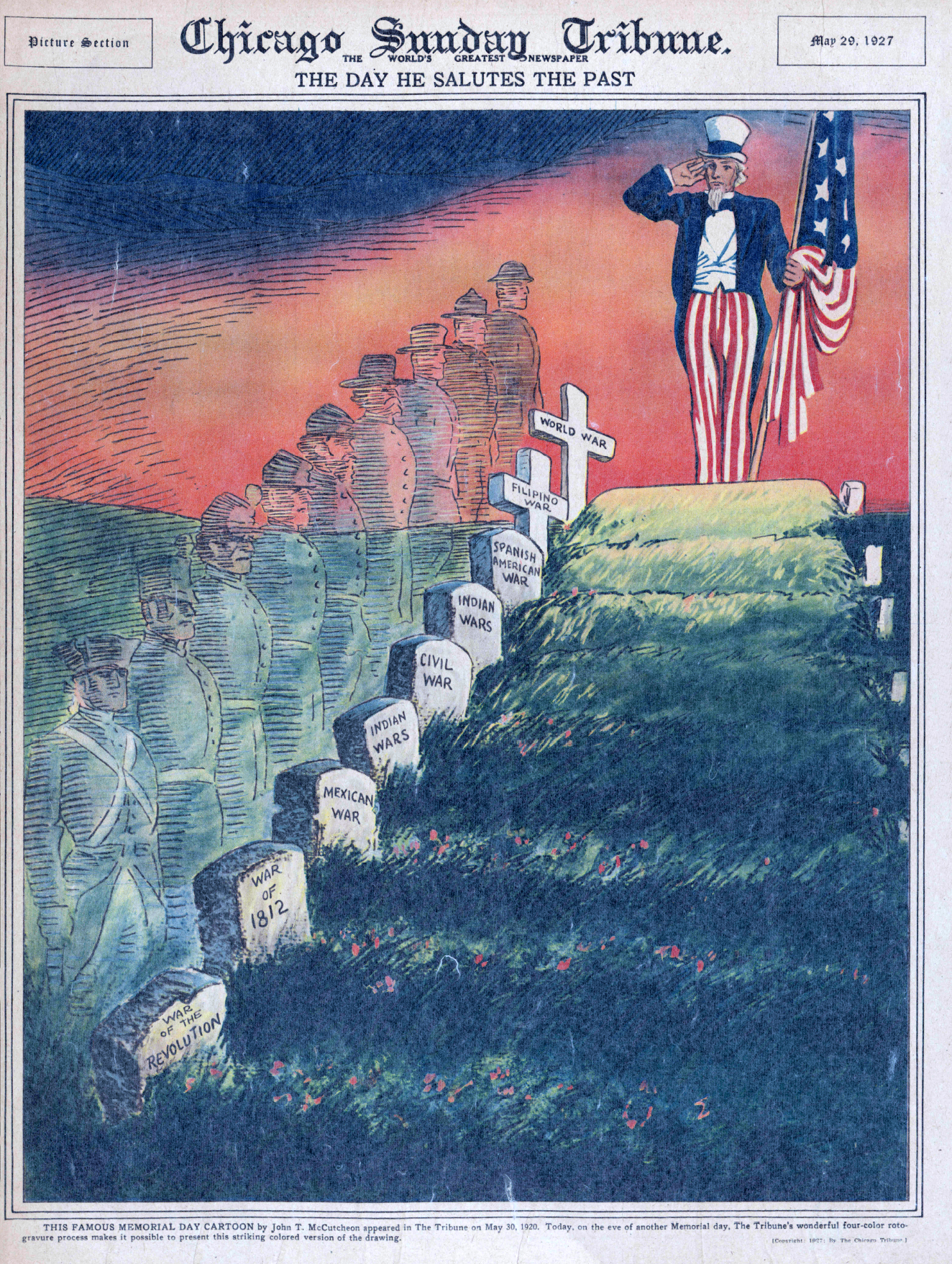