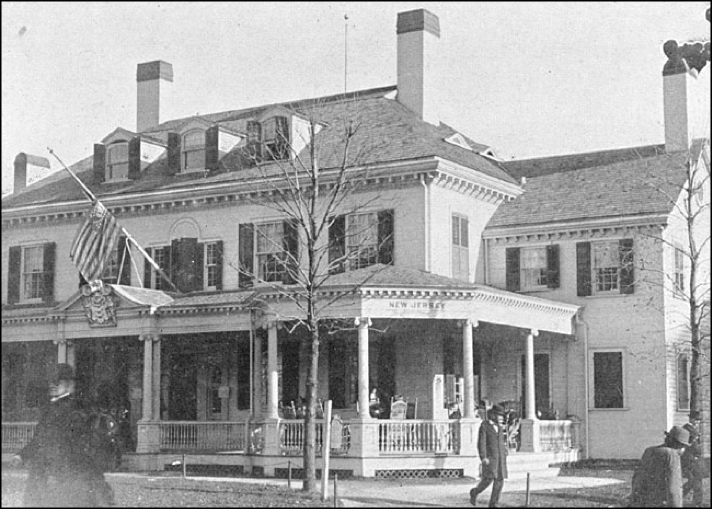 In the triangle opposite the Iowa Building, New Jersey and all the New England States have constructed buildings. That of New Jersey is a partial reproduction of the historical building at Morristown which was occupied by General Washington as his headquarters during the winter of 1779 and 1780. It is said that this building has sheltered more people celebrated in colonial times than any other in America. It is not intended for exhibition purposes, but rather for the use and convenience of visitors
as a club-house. The architect was Charles Ailing Giford, of Newark. 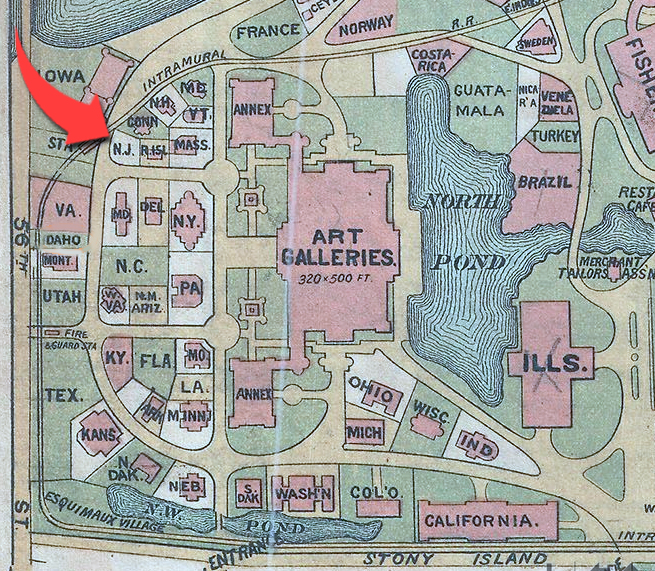