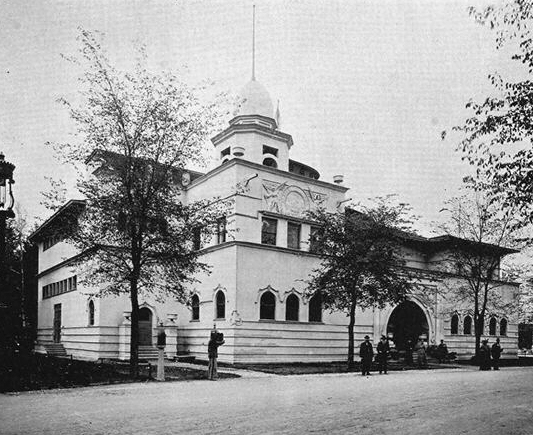 The next State in order is Kansas. Its building is unique in every way, inside and out, and it never fails to attract great attention. The building is of a cruciform plan, and measures 135 feet from north to south and 140 feet from east to west. It was one of the first State Buildings to be completed, and the first to be dedicated. The women of Kansas stand out as shining examples of progress and independence. They were very largely the promoters of the Kansas Building, and the distinctive features to be seen here are exhibits made by organizations of women from that State, particularly in the line of educational institutions. The rear of the building was especially designed for the valuable natural history collection of the State University, which is one of the most notable exhibits of the Fair. On the same floor are offices for the Board of Commissioners ; four flights of stairs lead to the second floor where are rooms for the woman’s exhibit, and parlors for men and women. The bas-reliefs in front of the tower represent the State as she was when admitted into the Union in 1861, armed for her struggle, and again, under her present prosperous aspect, crowned with the wealth of endless resources. Seymour Davis, of Topeka, is the architect of the building, which is constructed entirely of Kansas material, and cost nearly $30,000. 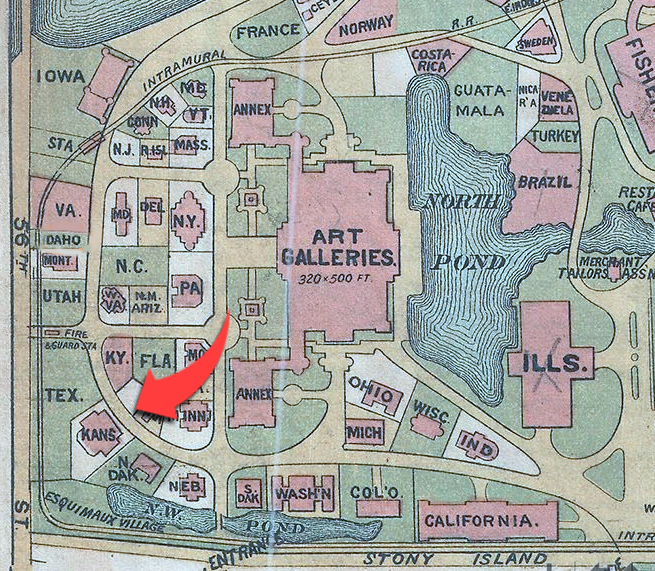