Prairie Avenue’s second home was constructed for Samuel Barber Pomeroy. Born in 1828, he was a native of Massachusetts and came to Chicago in the early 1850s with his older brother Eleazer to establish a commission house, known as S. B. Pomeroy & Co. The brothers owned a large business block on the north side of the city, in addition to several grain elevators, dock property, and three grain-carrying vessels on the Great Lakes, one of which was named “S. B. Pomeroy.” They were both prominently connected with the Chicago Board of Trade.

In 1854, Pomeroy married Marion Hilliard and purchased his property on the west side of the 1800 block of Prairie Avenue. He is first listed in the city directory at his new Prairie Avenue home in 1858. The house was in the Italianate style, like the Staples house, but was more exuberant, featuring an elaborate bracketed cornice, front and side porches, and a large cupola.

Pomeroy sold the house in 1863 to wholesale grocer Henry Hinsdale who sold it a few years later to fur dealer James Smith. In 1880, it was purchased by George B. Marsh and soon after received an entirely new stone façade. It was demolished in the 1940s. 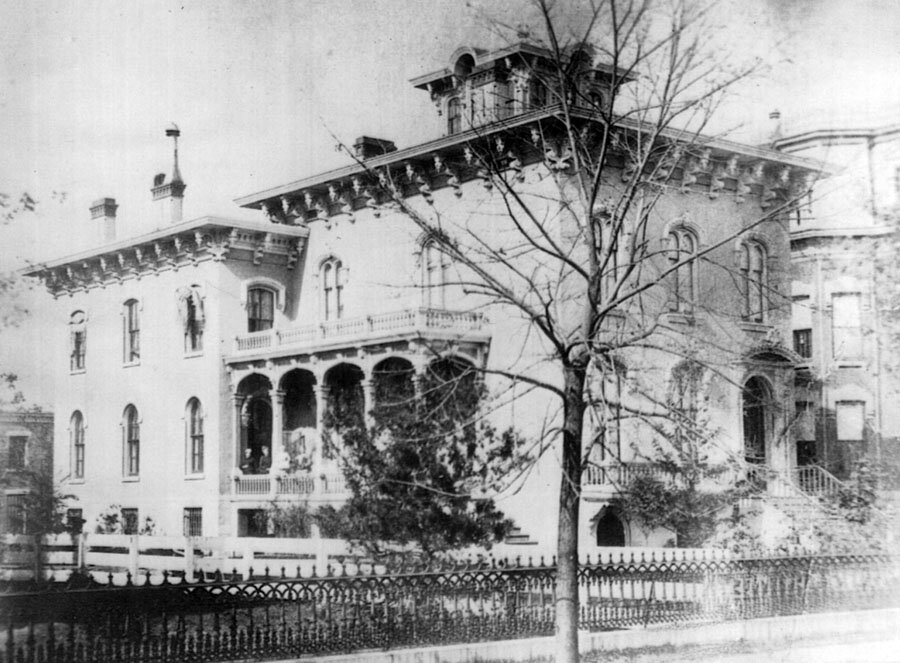