Victor Falkenau, president of the Falkenau Construction Company, came forward yesterday with his plan for the connection of the boulevards north aud south. It involves a cost of $4,707,000 and the condemnation of nearly four blocks of property, but Mr. Falkenau contends that It would greatly enhance the value of Michigan avenue property and make it the greatest hotel site 1n the world.

He thinks that the earning capacity of a Michigan avenue hotel could be increased six-fold by his scheme, which provides for erection of a new and magnificent terminal station by the Illinois Central Railroad Company. 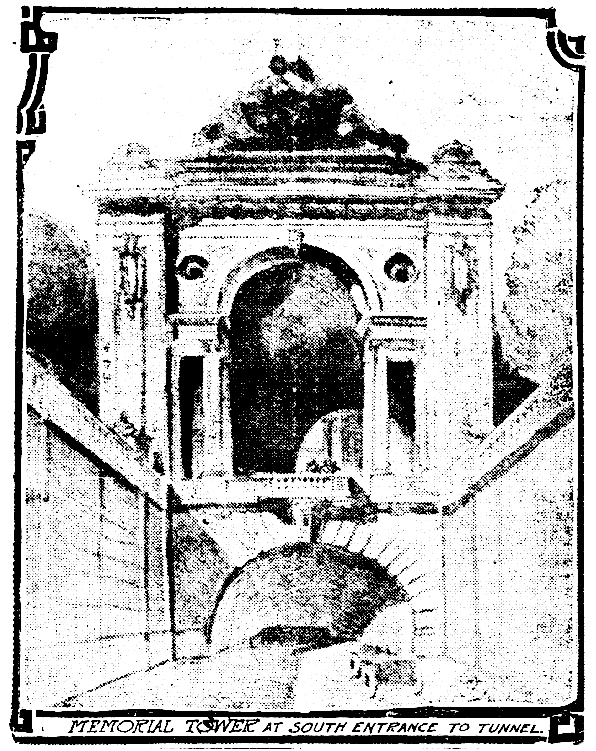 Victor Falkenau, president of ihe Falkenau Construction Company, is the author of the new connecting link plans, which, he says, can be carried out at a cost of $4,707,000 to the great benefit of Michigan avenue property. His plan calls for a forty-fool tunnel, finished in white, from Randolph to Ontario streets

Mr. Faulkennu would construct a tunnel under the Chicago River, with a southern entrance at Randolph street nnd a northern entrance at Ontario street. It would run under the west end of Kirk’s soap factory and on a line with the water works tower in Chicago avenue.

Surface Boulevard Also.
Between it and Michigan avenue would be a surface boulevard and driveway connecting with the North Side by means of a bascule bridge.

The tunnel would he forty feet wide and twenty-five feet high, deep enough under water to permit vessels of twenty-five feet draft to pass over it. The tunnel would be lined throughout with white and lighted with large incandescent lamps. At the northern approach the Falkenau plan shows a monumental group in bronze. illustrative of the parts the artisan and husbandmen have played in Chicago’s development.

At the south end are granite colossi of La Salle and Father Marquette, the arch being occupied by a group showing the conquest or the Indian tribes by the white man.

On each side of the tunnel approaches plots of ground are shown, with trees and flower beds.

The plan would necessitate the condemnation of the block between the Illinois Central
Railroad and Michigan avenue from Randolph street to the river and the land west of Pine street to Chicago avenue, thus giving a total width of 259 feet.’

Artificial Ventilation Unnecessary.
Mr. Falkenau thinks that artificial ventilation would not be necessary ln the tunnel, but his plan provides for duets which may be used ln case they are found necessary.

He says that If his scheme ls carried out it would be on parallel lines with the
work now being carried on by the South Side Park <.oinmissloiiers ln widening Michigan avenue, and that dwellers on the North Side would be enabled to escape the danger of being "bridged," as they "are so frequently in the effort to cross" to the downtown district. All estimate figures for coustruction will undergo the scr«flny of the Real Estate Board and the Board of Assessors acting in an unofficial capacity and experienced and competent engineers as to their trust-worthineas. 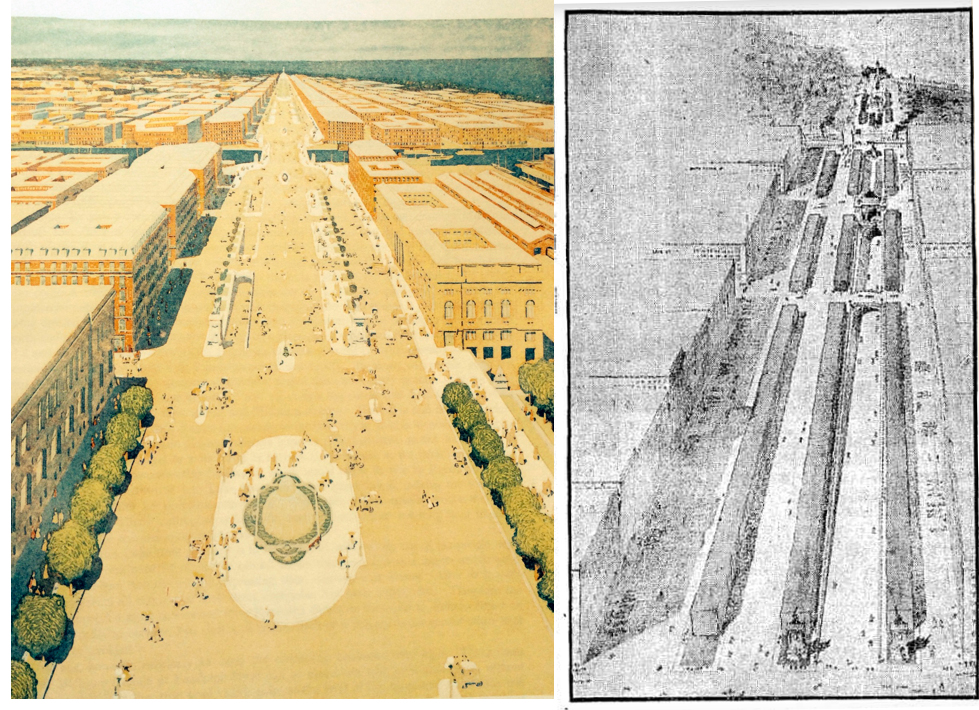