Down in this region, off Archer avenue, is still another street, grand in name, short and almost impassable over the two blocks of length it has cleaved out of the valuable real estate of Chicago—Bonaparte street. It begins in a dump pile and ends in a pond.

It has four desperate-looking trees on it, struggling for existence amid ash piles and hummocks of refuse. The sidewalks have a board at intervals, and so ragged, dismantled, unkempt, and forlorn is Bonaparte street that it recalls to the imagination “the retreat from Moscow.” And add to the absurdity of so naming a street such a street it crosses but one street, and that street is Fake street, are due north and south, beginning at the tall gate of a dismantled two-wheel cart and ending at an embankment which is ascended by a hay loft ladder, or rude steps cut into the earth after the fashion of the cliff-dwellers. 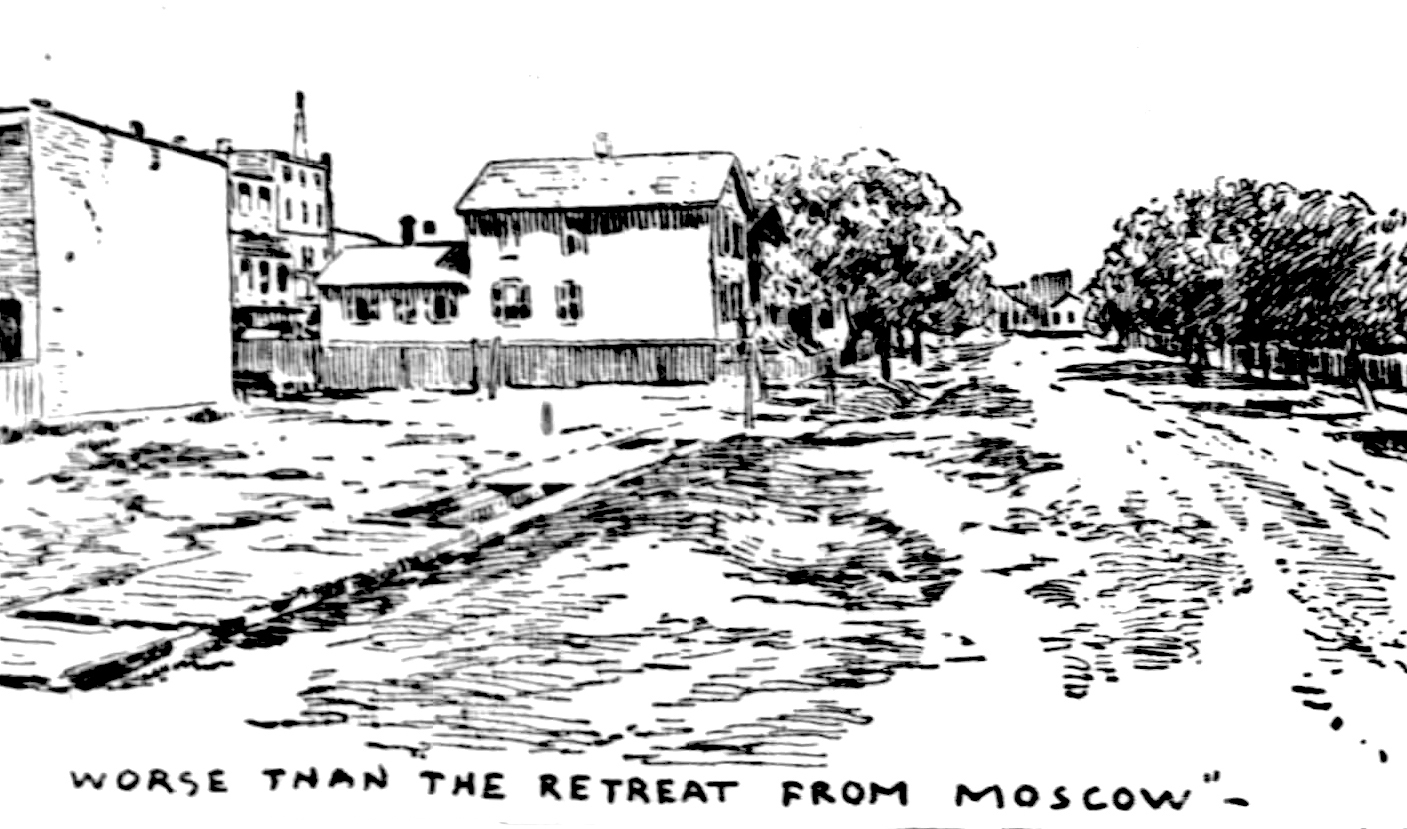 It is suggested by a correspondent that, in view of the young mayor’s recent utterances, he should supplement his veto of the ordinance changing the name of Fake street to Harrison avenue with a recommendation that Fake streets, in his honor, be created in each of the divisions where there is no Fake streets at present.

With as much trouble.as ever an unattractive spinster had, Fake street has succeeded In changing its name. For several years the small street has fought against the handicap of the nomenclature and the “Fakers” have struggled to get a change. Now that they have accomplished it there Is rejoicing among the thirty families who used to live In Fake street and now reside in Lloyd avenue.

Life has been full of trials for the faithful thirty. When a “Faker” asked to have merchandise delivered to his residence the clerk smiled pityingly and said. “Stop joking.’ His letters, too, went astray and tried to find their destination In Lake street. Soon the residents found that life was hardly worth living In Fake street. Just around the. corner the people lived on Bonaparte street. Around the other corner they lived in Lyman street. Lock street was a neighbor on one side, Arch street on another, and Thirty-first street on a third. 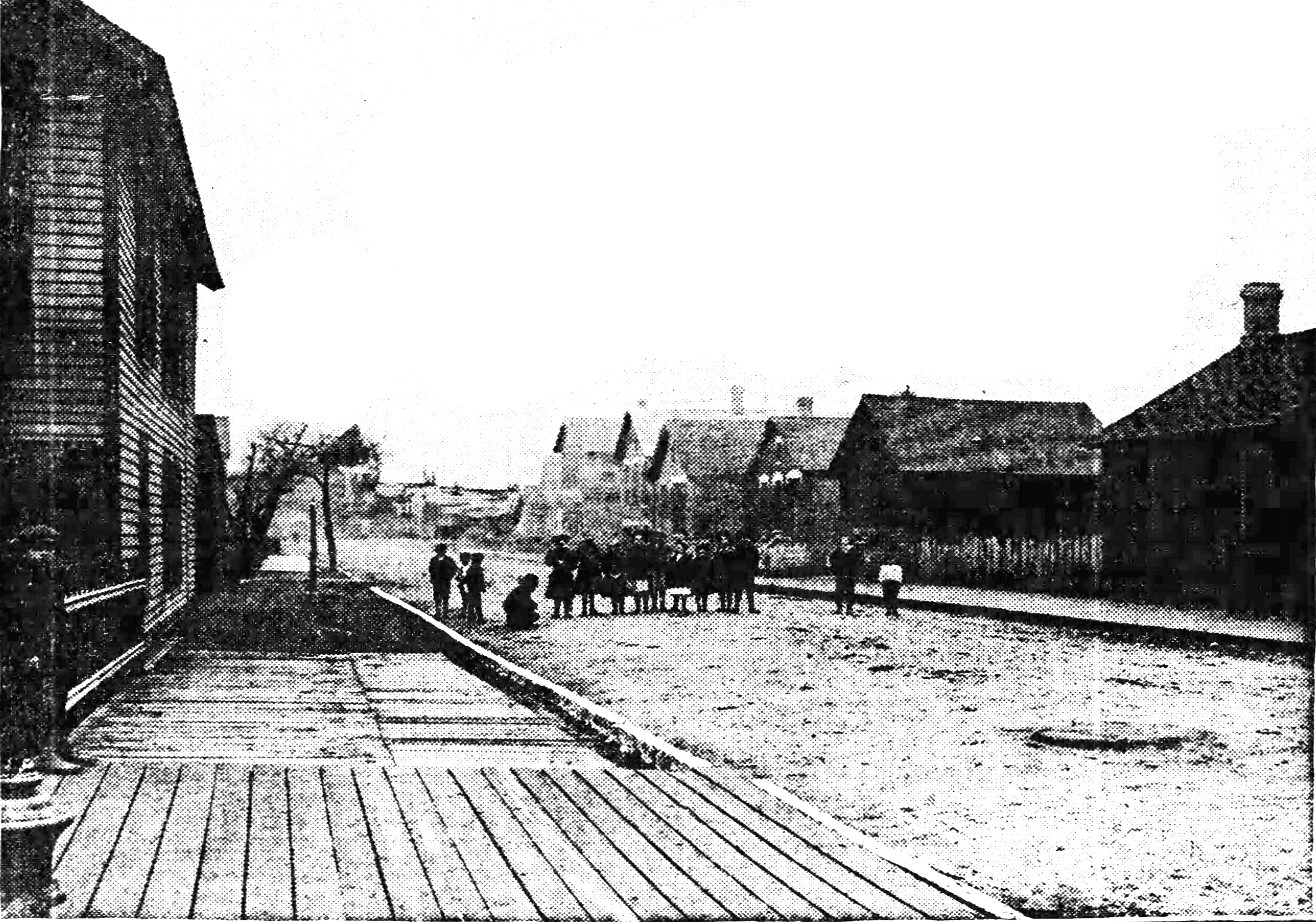 When the “Fakers” became desperate several years ago they tried to get together on a name and have it substituted for the one they felt was a handicap. Each of the thirty families had a favorite avenue and no agreement could be reached. Some one thought of “Harrison avenue” as a compromise, but when the mayor heard of the plan he put his foot down on it. If the name of the Carter H. Harrison family were to be perpetuated in a Chicago street the mayor thought the street ought to be more than a block long.

Finally, growing more desperate, the residents thought of Elilas S. Lloyd, 3024 Fake street. the “oldest inhabitant” In the street. His name has been given to It, and by action of the council on Monday night Fake street has ceased to exist.1 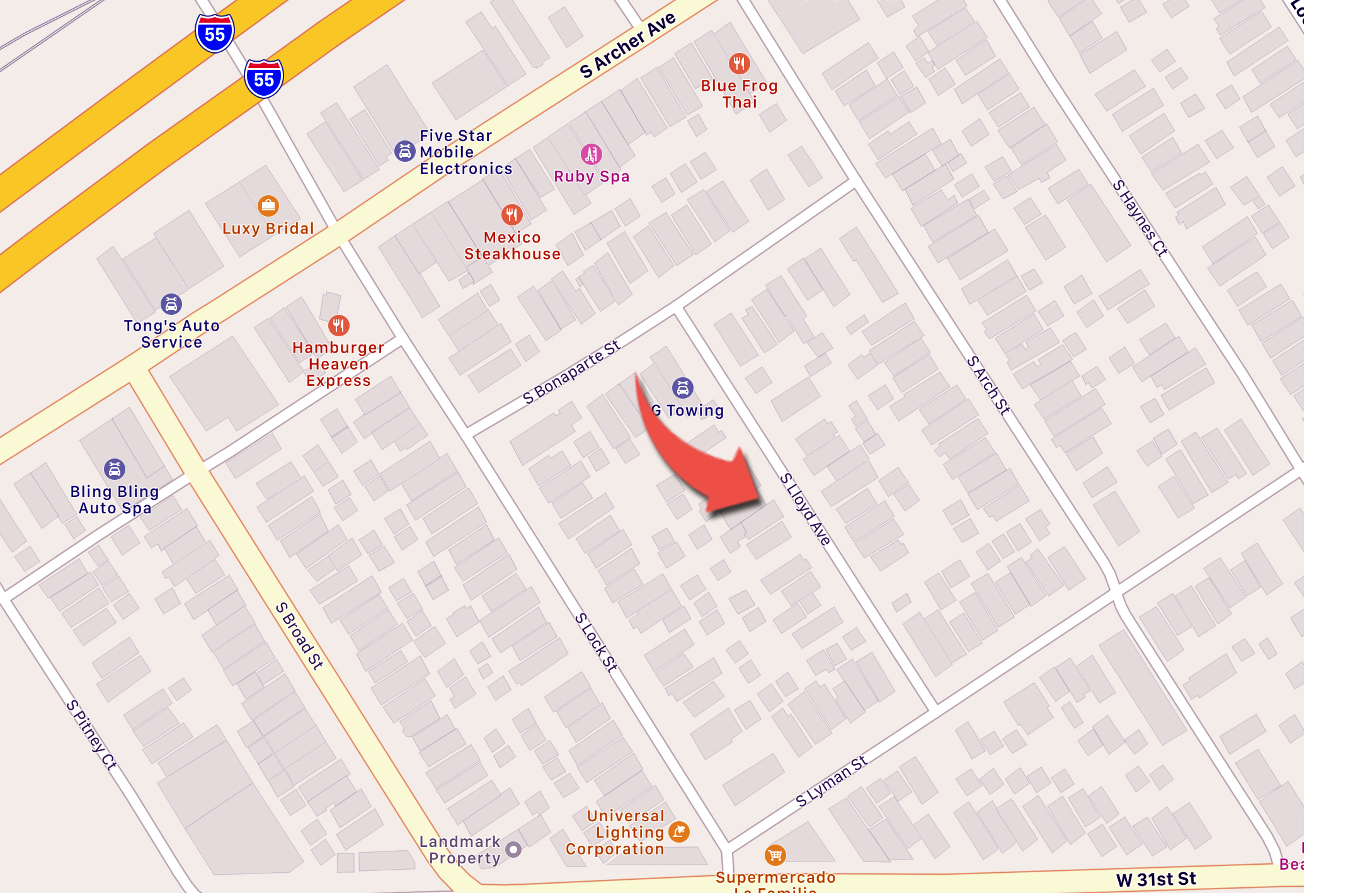 1The book Streetwise Chicago thought the street was named after either Henry Demerest Llloyd, a writer for the Tribune, or for Alexander Lloyd a former mayor of Chicago. Both were wrong.