Tentative plans for the development of a new great highway in Chicago were announced last Monday by Charles H. Wacker, chairman of the Chicago Plan commission. He proposes a plan involving a complete rehabilitation of Canal street and the creation upon that thoroughfare of a row of monumental buildings. These buildings, fronting upon the river, would serve as an impressive gateway to the west side of the city. Such development would conform to the civic center plan for the west side as projected in the plan of Chicago 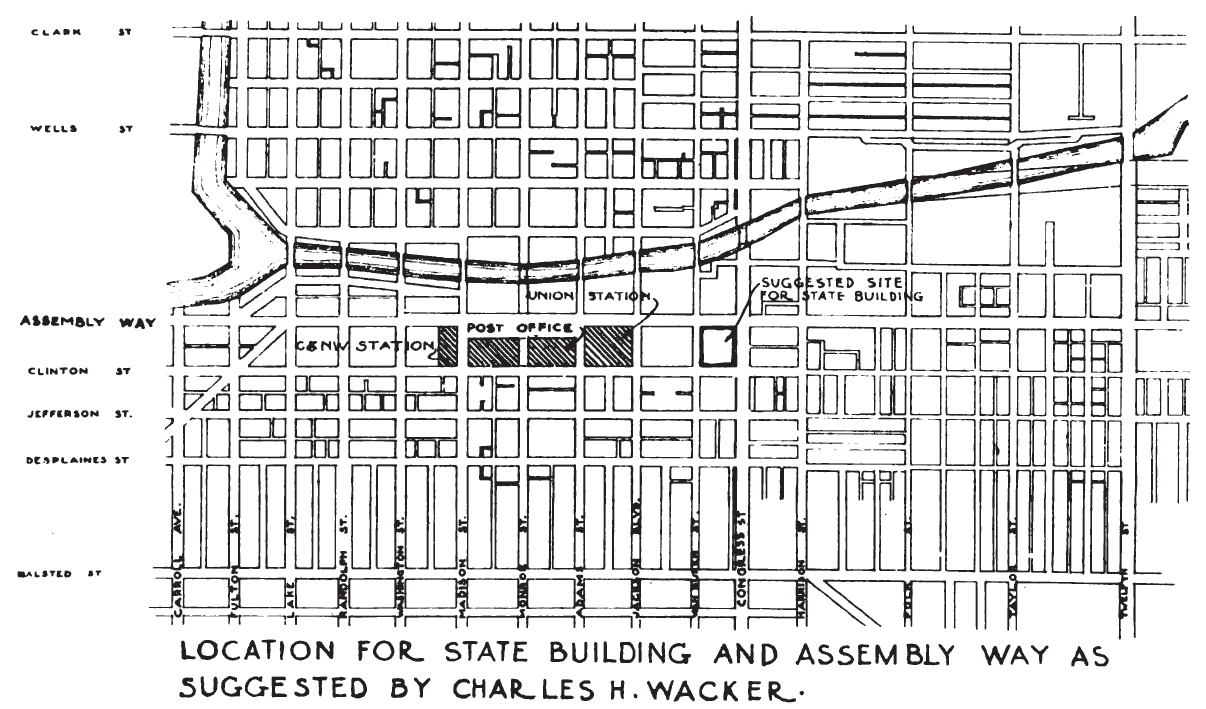 After the plan is carried out, Mr. Wacker suggests, it would be fitting to change the name of Canal street in the district between Twelfth and West Lake streets, giving it a name in keeping with its striking architectural development and indicative of its use to the community. The suggestion is advanced that “Assembly Way”‘ would be an appropriate name for the widened and improved street.

The proposal for the erection of a branch Statehouse in Chicago, to house the various state governmental offices, is included in the Canal street proposal by Mr. Wacker. He has written to Governor Dunne upon the subject, and also the seventy state senators and representatives in Cook county. The new state building. Mr. Wacker urges, should be included in the proposed group of public edifices figuring in the redemption of Canal street and the contemplated widening of Congress street.

In advancing the proposal for “Assembly Way” the plan commission chairman notes the proposal being strongly urged for the location of the new west side post office on the two blocks between the Northwestern terminal at Madison street and the new Union station at Adams and Canal streets. The new branch statehouse, he suggests, might be located upon the block at Canal and West Congress street, having Harrison and Clinton streets as its north and west boundaries. Thus “Assembly Way” would, almost at once, have four great monumental buildings as a primary step toward its future as a center of community activity. The buildings, furthermore, would be well displayed through facing the broad streetway along the river embankment.

“The question of a branch state house in Chicago is a matter I would like to see taken up by the Chicago Plan commission,” Mr. Wracker said. “The plan of Chicago, created by the late Daniel Hudson Burnham under direction of the Commercial club, and being promoted by the Chicago Plan commission, suggested the location of such public edifices as parts of the civic center development.

“The plans for the new Union station, with the many improvements to be made simultaneously, will add greatly in developing that section. The Union Station company, at the request of the offi cers of the Chicago Plan commission, has agreed to build a $300,000 viaduct over the railway tracks at Congress street whenever that street is opened by the city to Franklin street.

“It has occurred to me that in this movement for the location of a branch statehouse in Chicago the efforts of the Chicago Association of Commerce and the Illinois Commercial federation, which recently resulted in the State Editors’ association being brought together for a union of all state interests, could be well utilized. The state is now paying annual rentals exceding $55,000 for branch offices in Chicago, with the certainty of increases in future.

“Incidentally, the opening of Congress street as a wide thoroug-hfare to Halsted street, will make it possible to begin developing the entire model street system for the west side, with diagonal streets converging near that point, and increasing the accessibility of a branch state building at Congress and Canal streets.” 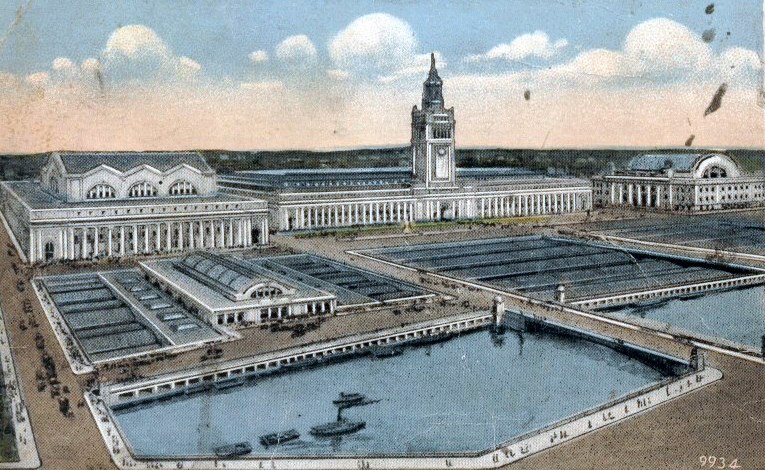