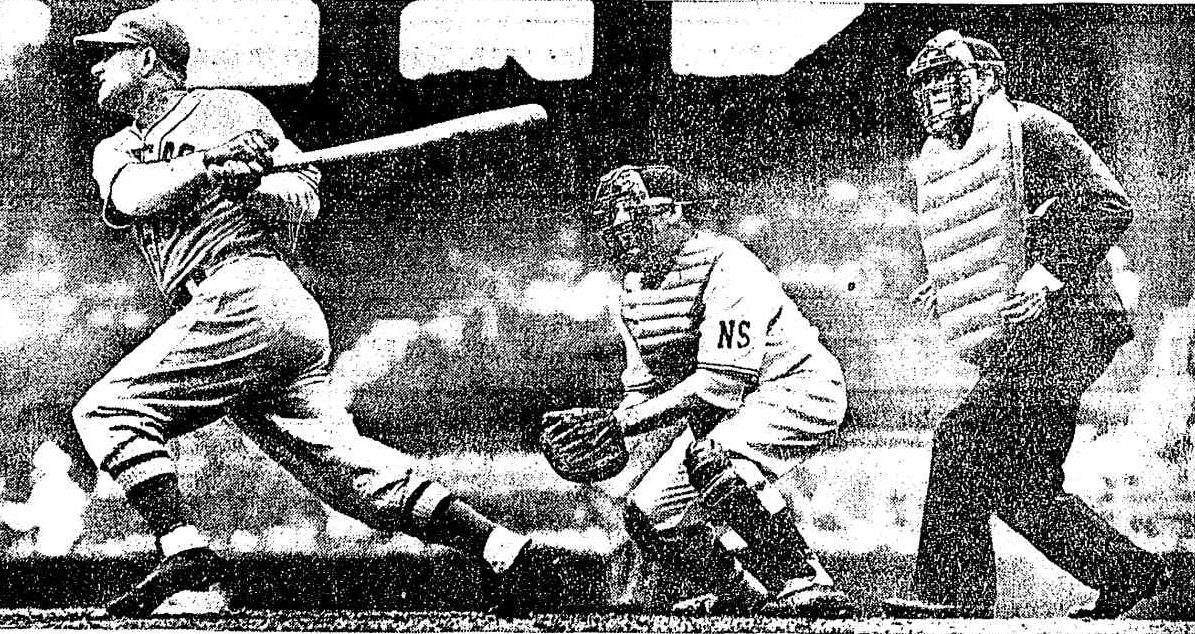 John Blozak, outfielder for the South Side police baseball team, flies out in second inning of yesterday’s opening battle with the North Siders in Comiskey park. Eugene Casey is the North Side catcher, Eddie Stack is the umpire. The South Siders won, 15-12.

The South Side, led by Capt. Patrick Crotty, nosed out the defending title holders representing the North Side in the opening game of the annual Chicago Police Benevolent association baseball series in Comiskey park yesterday, 15 to 12.

The winners got 18 hits, seven good for eight runs in 2 2-3 innings off McEwing Barrows of the 30th district, and 11 good for seven tallies off John Klicka of the traffic division who finished. Tony Sims of the 18th district went the route for the South Siders, surrendering 16 hits.

Harry Shipanek of the 20th district led the visitors’ attack with three hits, one of which was a double. The athletic events scheduled as an added feature for base runners, fungo batsmen, and distance throwing was called off due to soggy grounds. These contests will be held today preceding the second of the three game series, which also will be played at Comiskey park at 2 o’clock. Mike Delaney, ace right-hander, will pitch for the North Siders, opposing Ted Budil. The score: 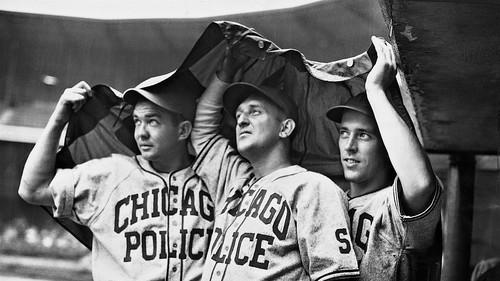 Members of the South Side Police team in rain before beating North Siders, 15 to 12, in Comiskey park.
Left to Right: Raymond Duffy, Raymond Blazak, and Bernard Dailey.

Titular honors among Chicago’s baseball-minded policemen were bestowed upon the south side team commanded by Capt. Patrick Crotty when they humbled the former champs, representing the north side, in 13 innings at Comiskey park yesterday by a score of 6 to 4.

Tony Sims, a chunky right hander stationed in the 19th district, who hurled the south side bluecoats to a 15 to 12 triumph Saturday in the opener of the hectic annual series under the auspices of the Policemen’s Benevolent association, came back brilliantly to make it two straight. His home run blast into left field shattered a 4 to 4 deadlock. 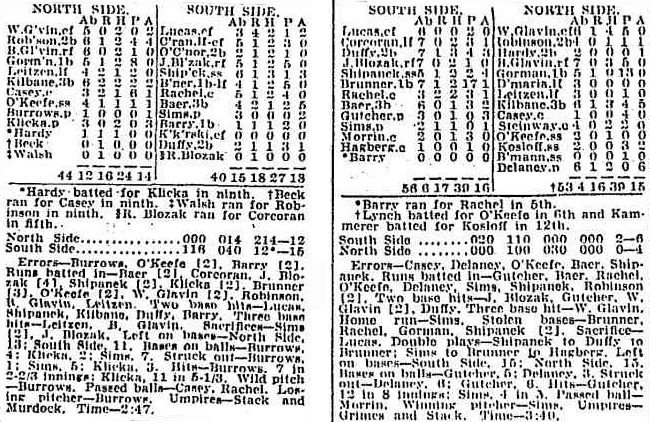