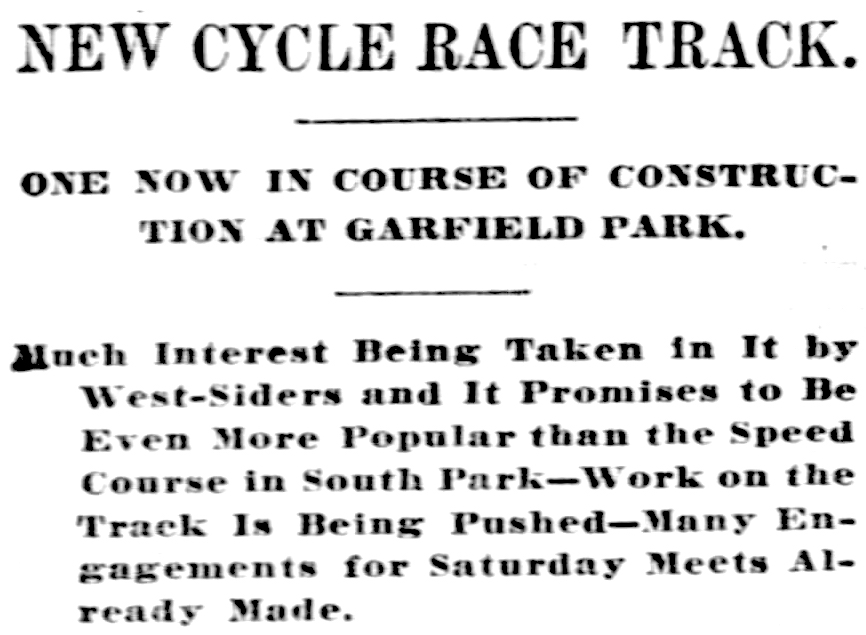 Judging from the popularity of the South Park speeding track, the coming half-mile race course for wheelmen at Garfield Park will ultimately prove the bicycling center of Chicago. By the middle of next July, if present indications may be believed, there will be more bicycle riders in a small area at that point than in any other place in the world.

This astonishing prediction is justified by two considerations. One is the enormous demand among the West Side wheelmen for a chance to ride and practice on a speeding track like the brethren of the South Side. Since there are
probably as many wheel riders on the West Side as there are in all the other parts of the city put together, a use of the new track proportionate to the riding on the South Park course will result in an enormous congregation of wheels at Garfield Park every Saturday and Sunday afternoon.

The other reason for expecting such attractiveness on the part of the new Garfield speedway is due to the excellence of the construction plans and the high quality of the work. Unless all present indications are at fault, the new track in the West, and the Park Board hopes to have it prove the equal of any in the world. If money and careful planning can make a track which leaves nothing to be desired then the West Side should be ready for congratulations on the 1st of July.

Location of the Track.
The Garfield Park bicycle race track now under construction is just south of Madison street, in the unfinished area belonging to the park bounded by Madison street, Hamlin avenue, Colorado avenue, and Central Park avenue. This area is at the north end of Douglas boulevard, and is 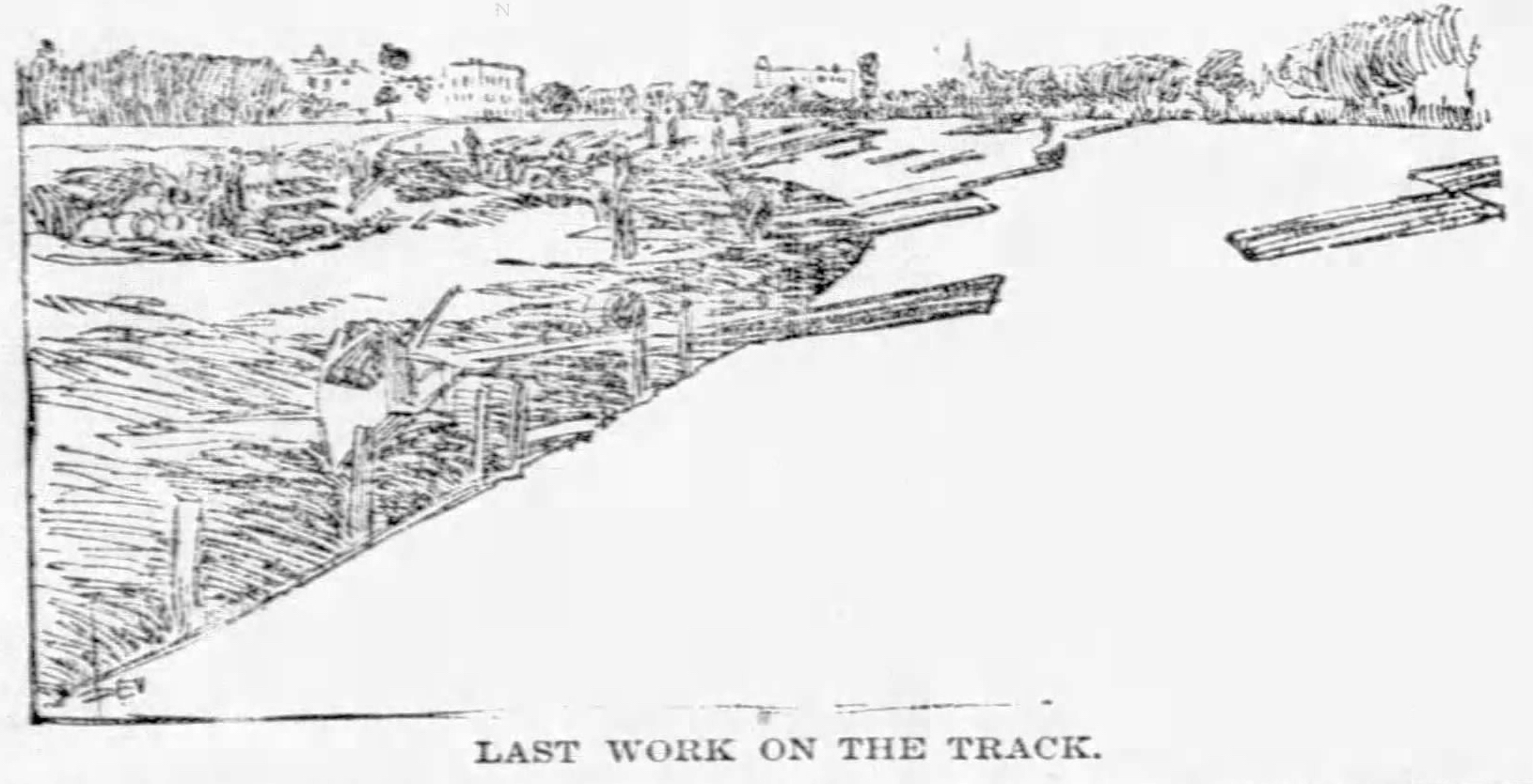 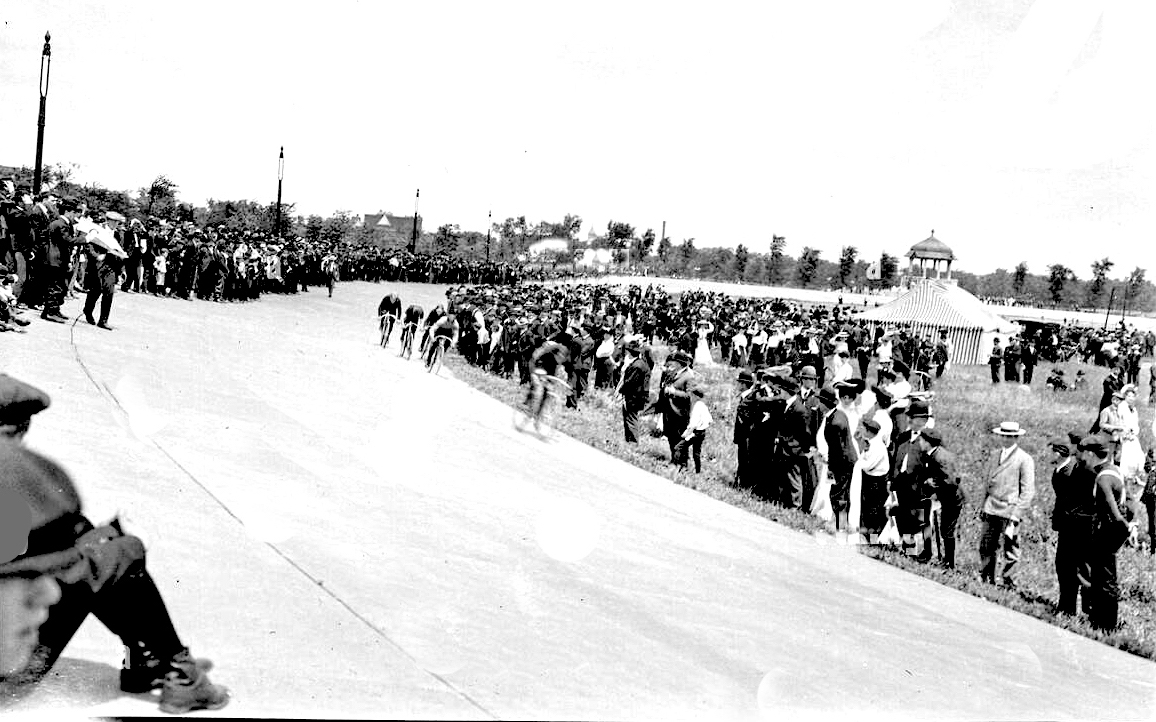